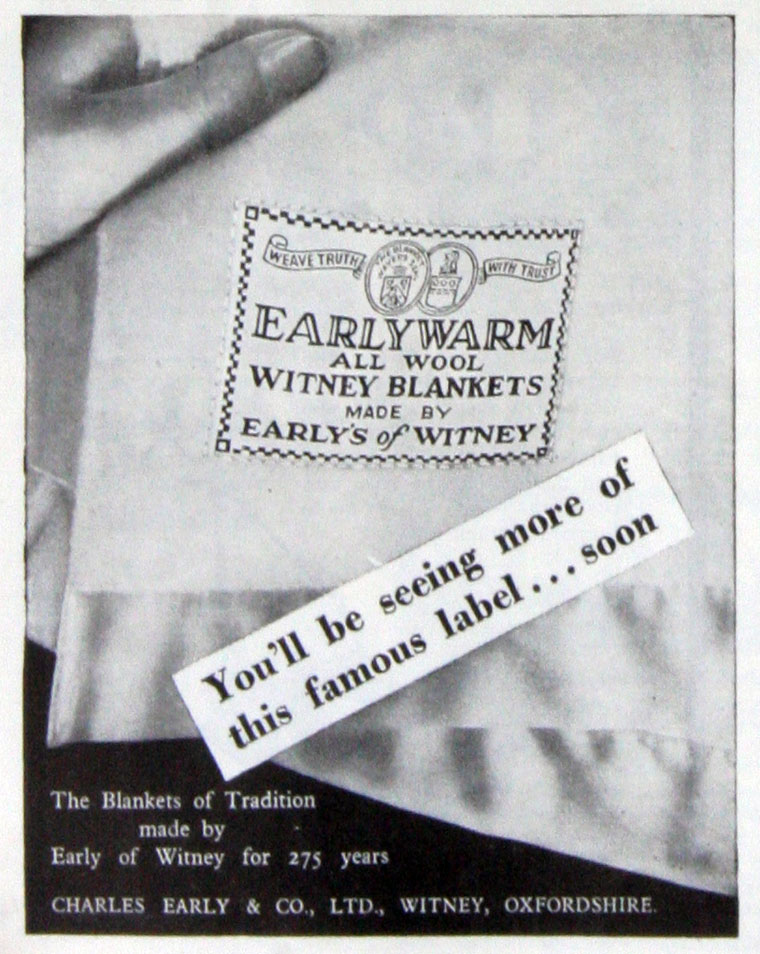 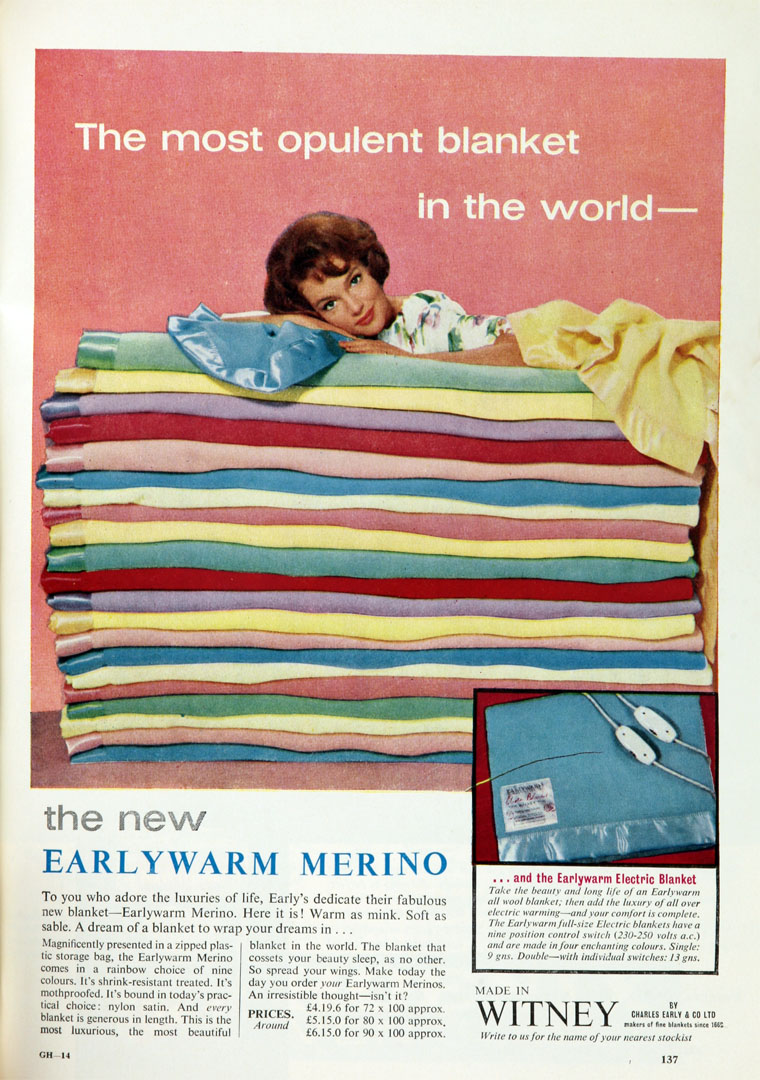 1829 The firm of John Early, junior, and Company were blanket makers in Witney.[2]

1862 John Early died and his son Charles Early took over his share of the business, running the blanket-making business which became Charles Early and Co in 1864.

1910 In June, the company became a private limited company.

1960 Company merged with James Marriott and Sons, another blanket-maker, to form a new company Charles Early and Marriott (Witney).

1981 The company changed its name to Early's of Witney.