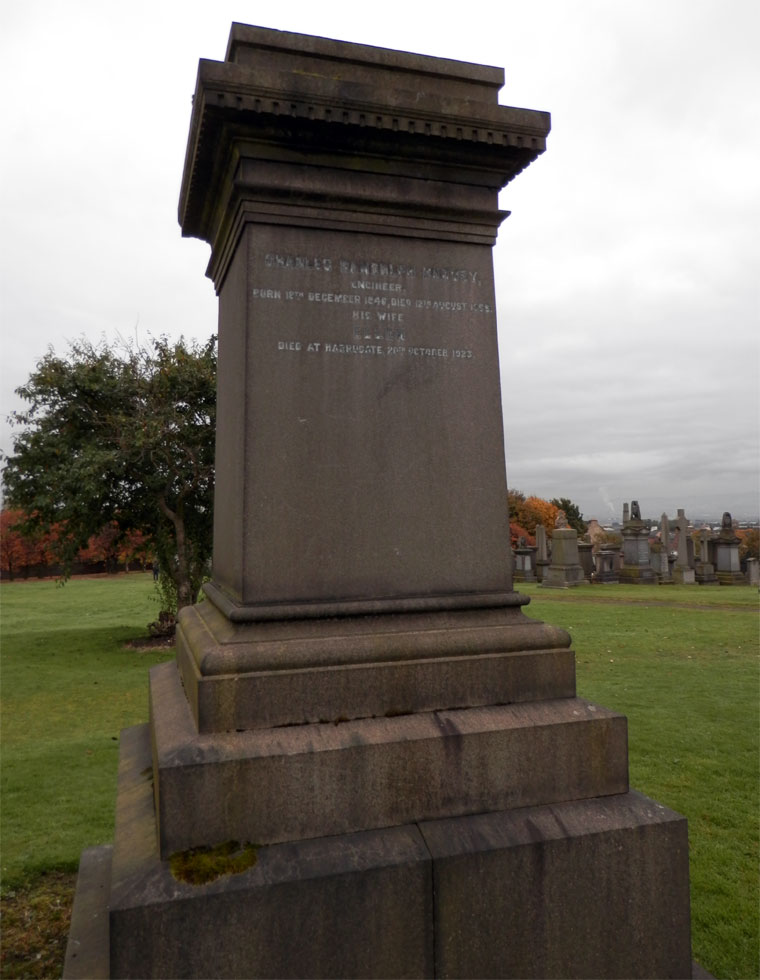 CHARLES RANDOLPH HARVEY was born in Glasgow on 18th December 1846, and received his education at the Glasgow High School.

His engineering career commenced in 1864, when he obtained employment with Messrs. Randolph, Elder and Co.

About a year after the completion of his apprenticeship he entered the service of Messrs. John Penn and Sons, Greenwich, and later gained additional engineering experience with Messrs. J. and G. Rennie, London.

He returned to Glasgow in 1872 to superintend the erection of the late Mr. Randolph's steam road-carriage, and in 1874 joined the firm of Messrs. G. and A. Harvey, machine-tool makers, of Govan.

He retired from business through ill-health in June 1898, and his death took place in Glasgow on 12th August 1899, in his fifty-third year.

He became a Member of this Institution in 1882.