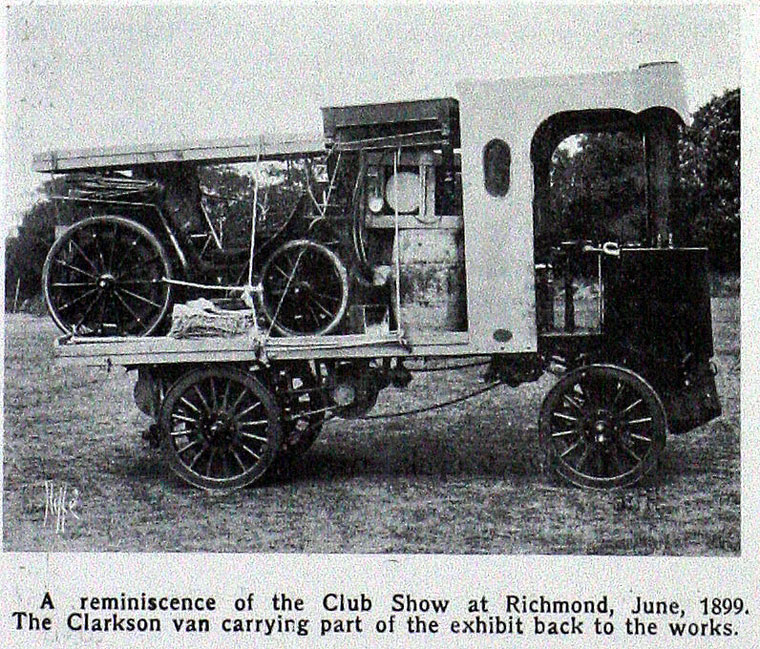 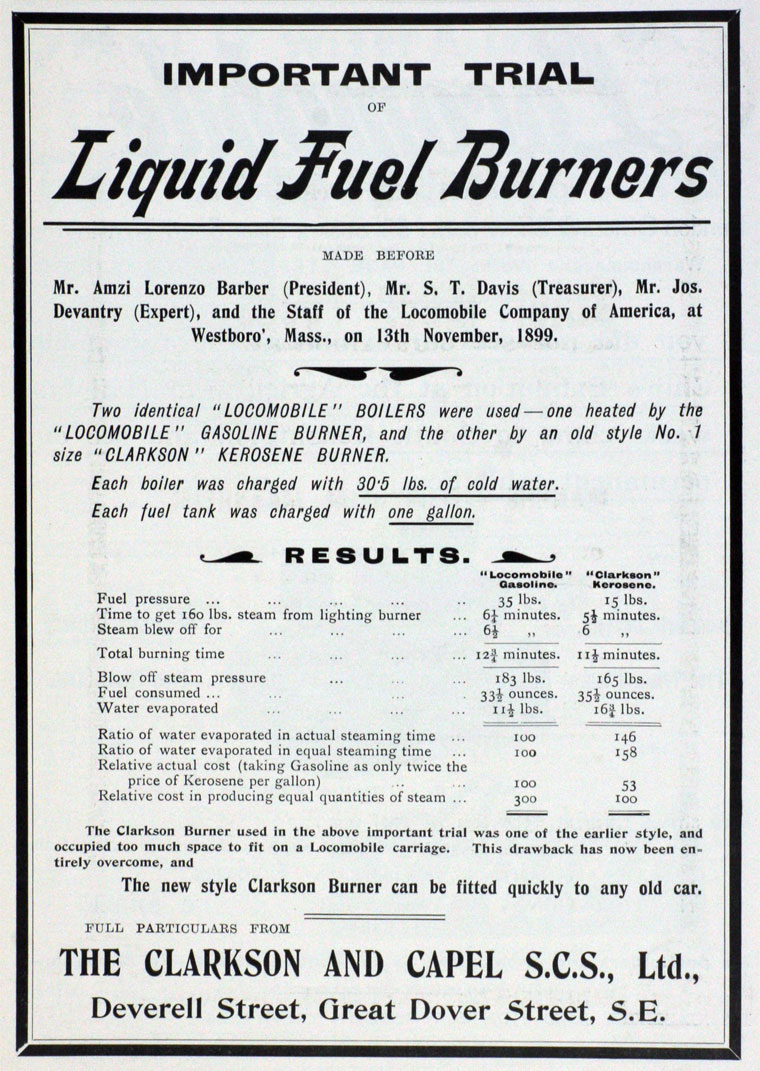 1896 Thomas Clarkson was joined by Herbert Churchill Capel, of Dalston, to form the Clarkson and Capel Steam Car Syndicate, which continued Clarkson's development work at Chelmsford. It offered improved components for steam engines for road vehicles, including the Clarkson burner, condenser, and automatic lubricator.

1899 Makers of steam vans and other vehicles. Their lorry was chiefly constructed of channel steel.[1]