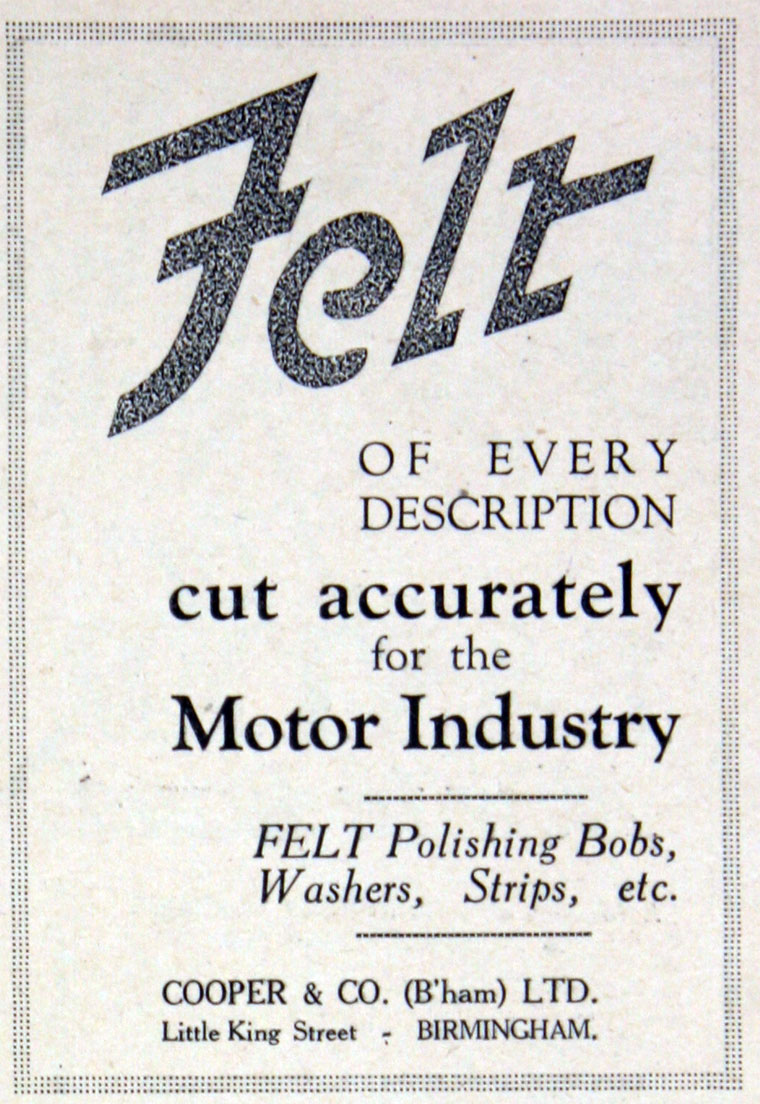 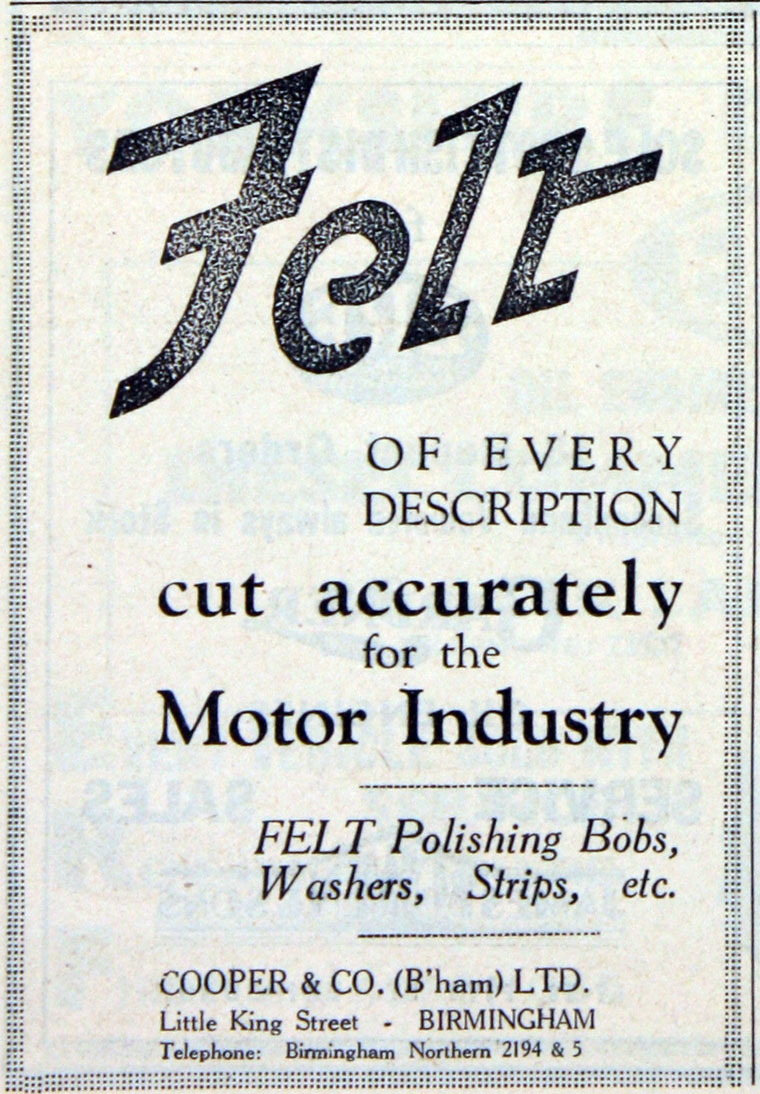 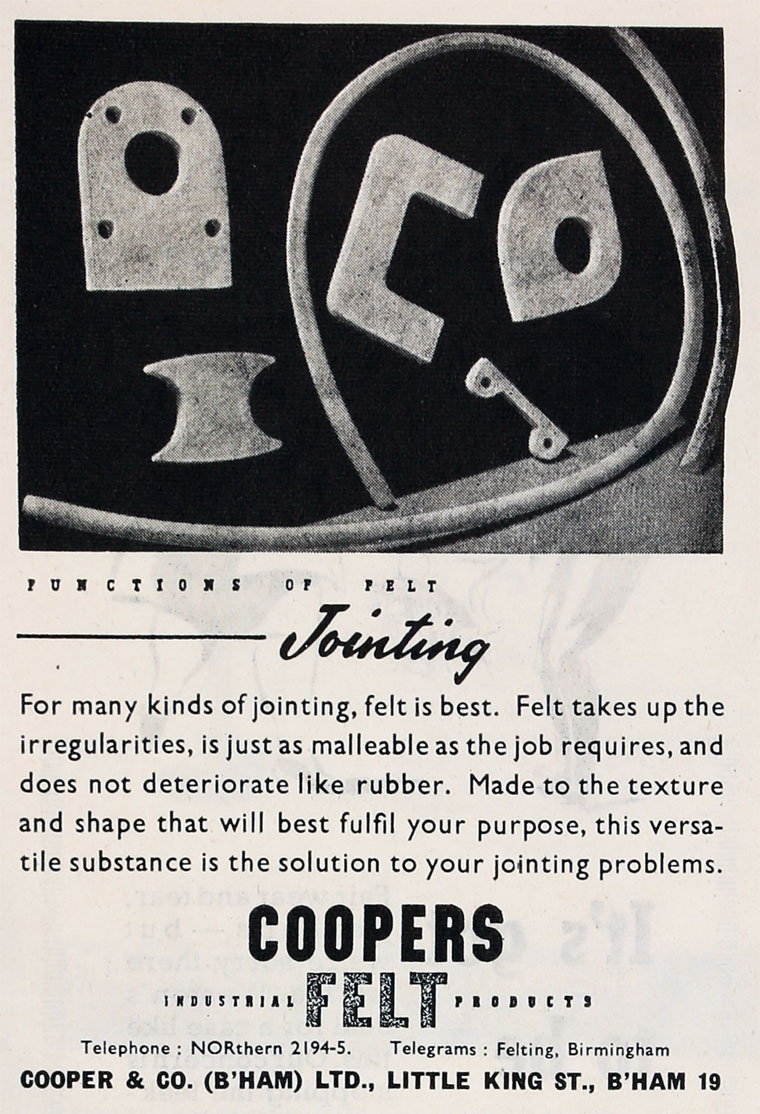 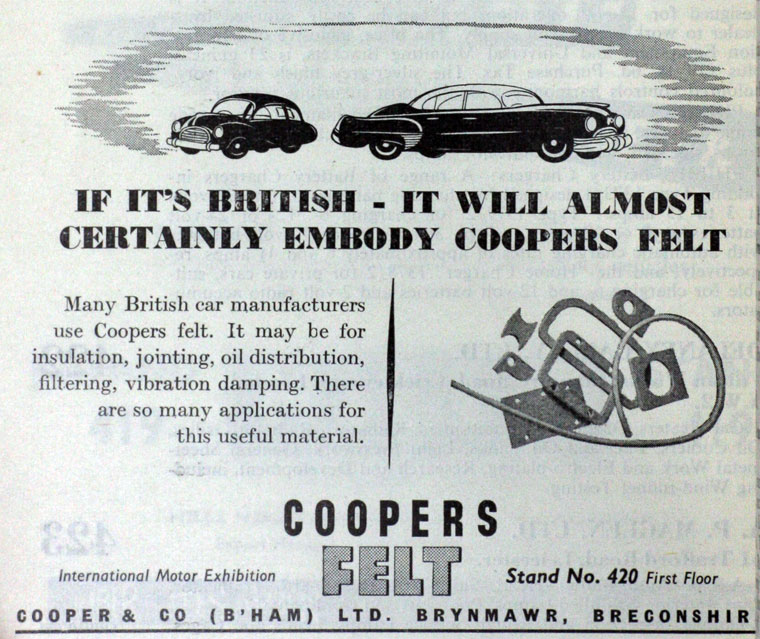 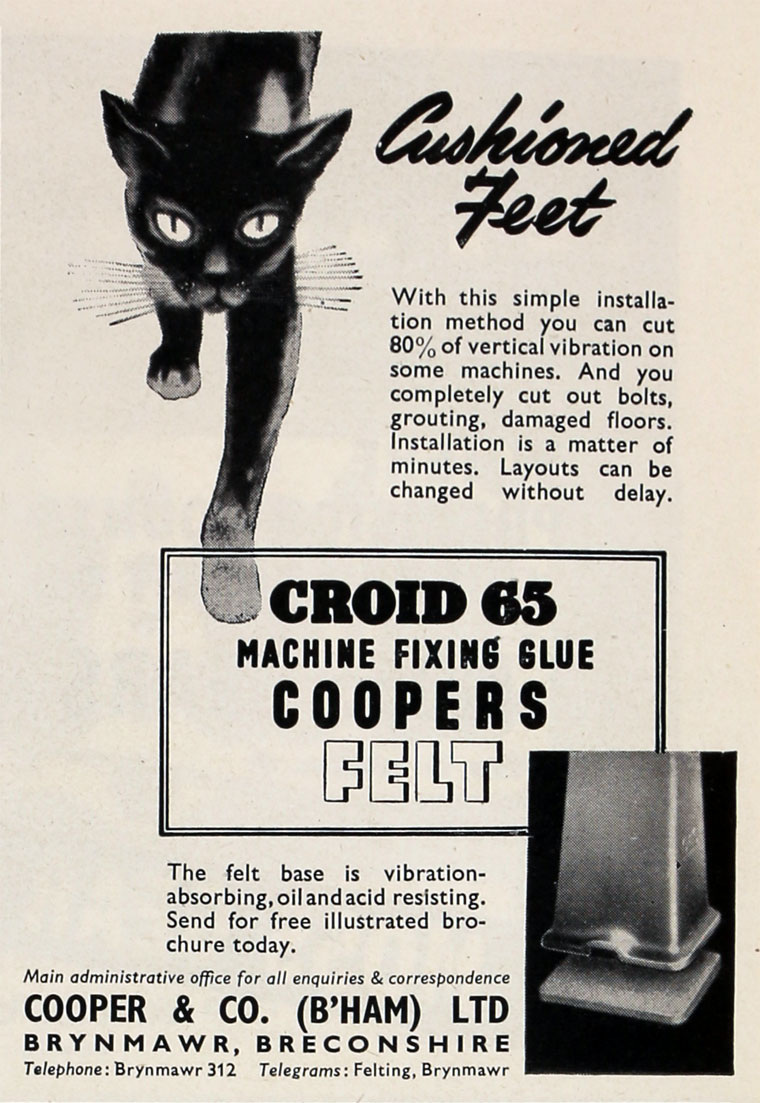 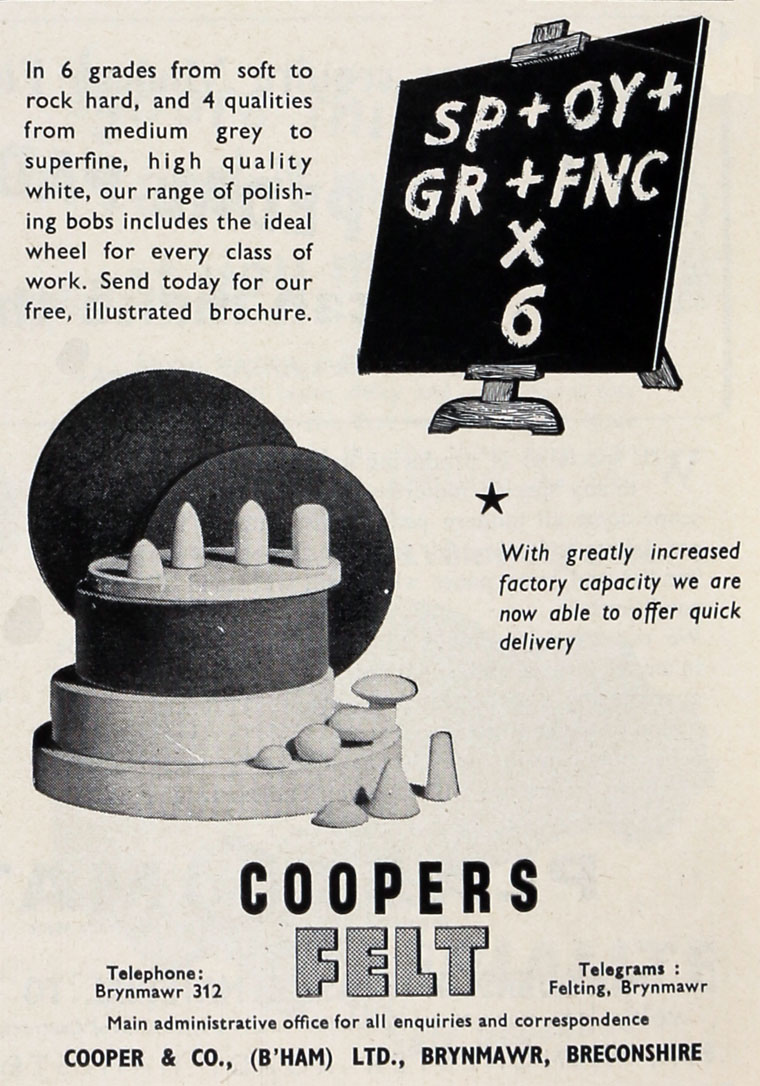 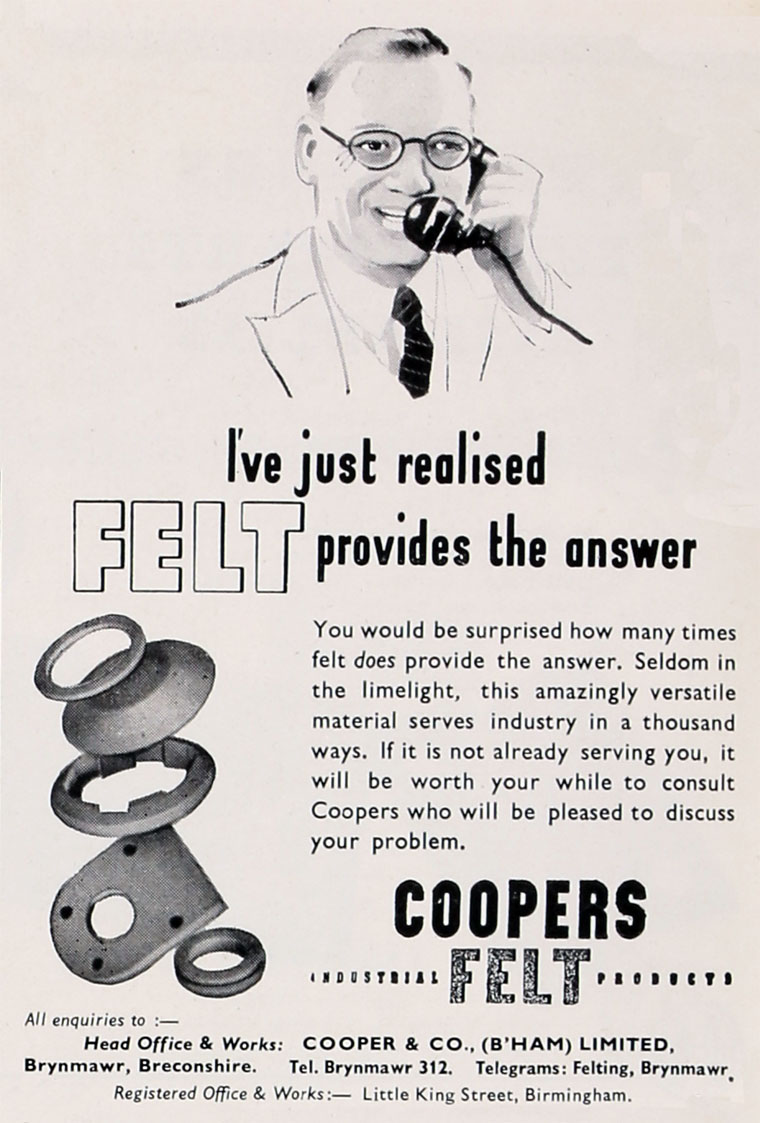 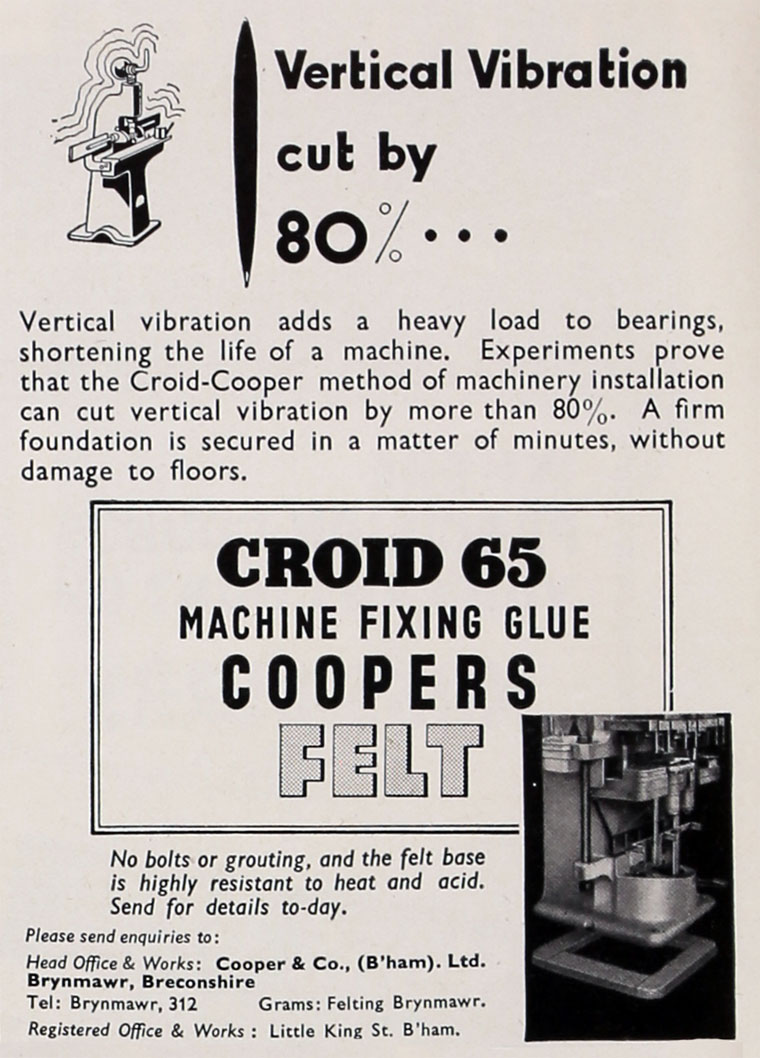 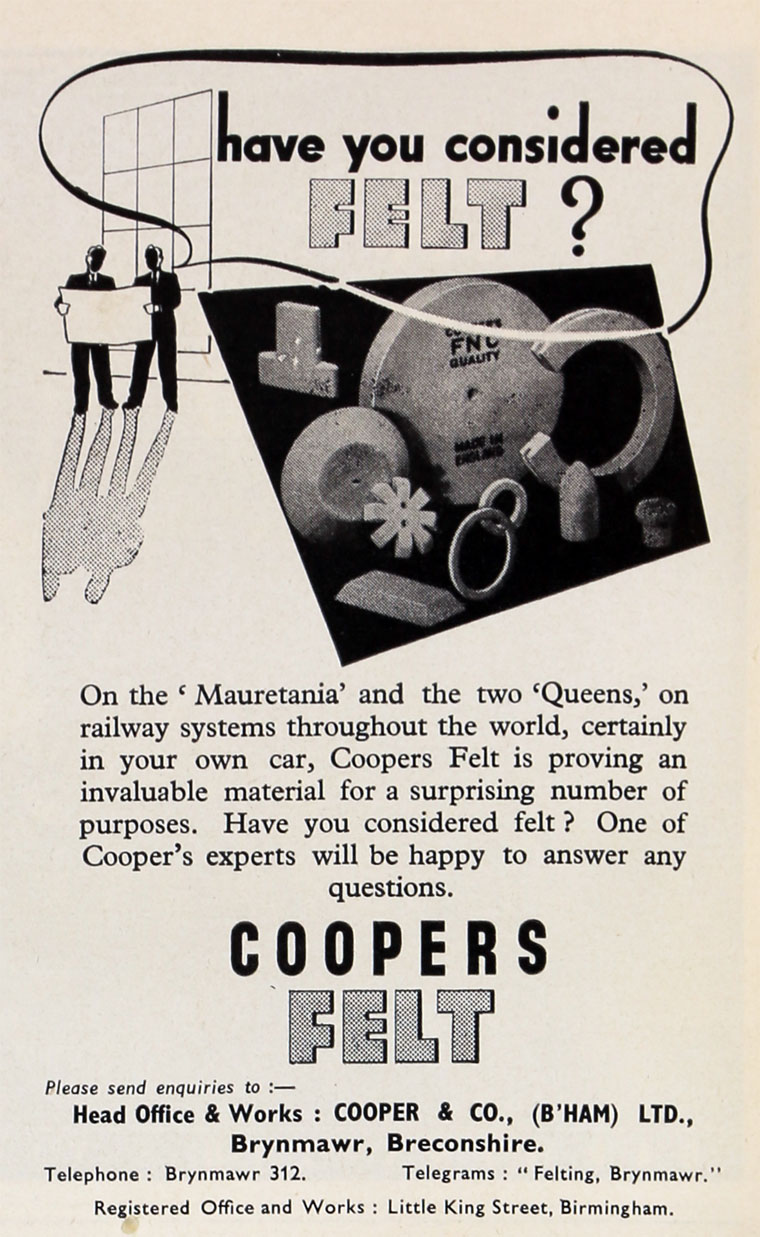 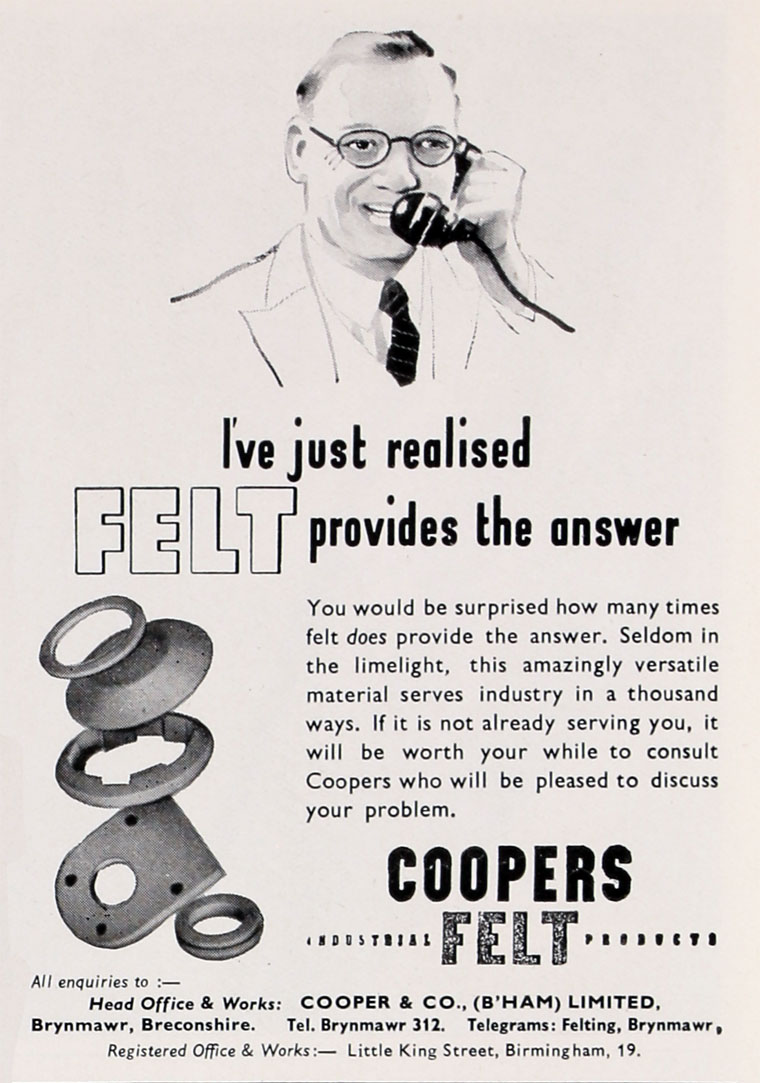 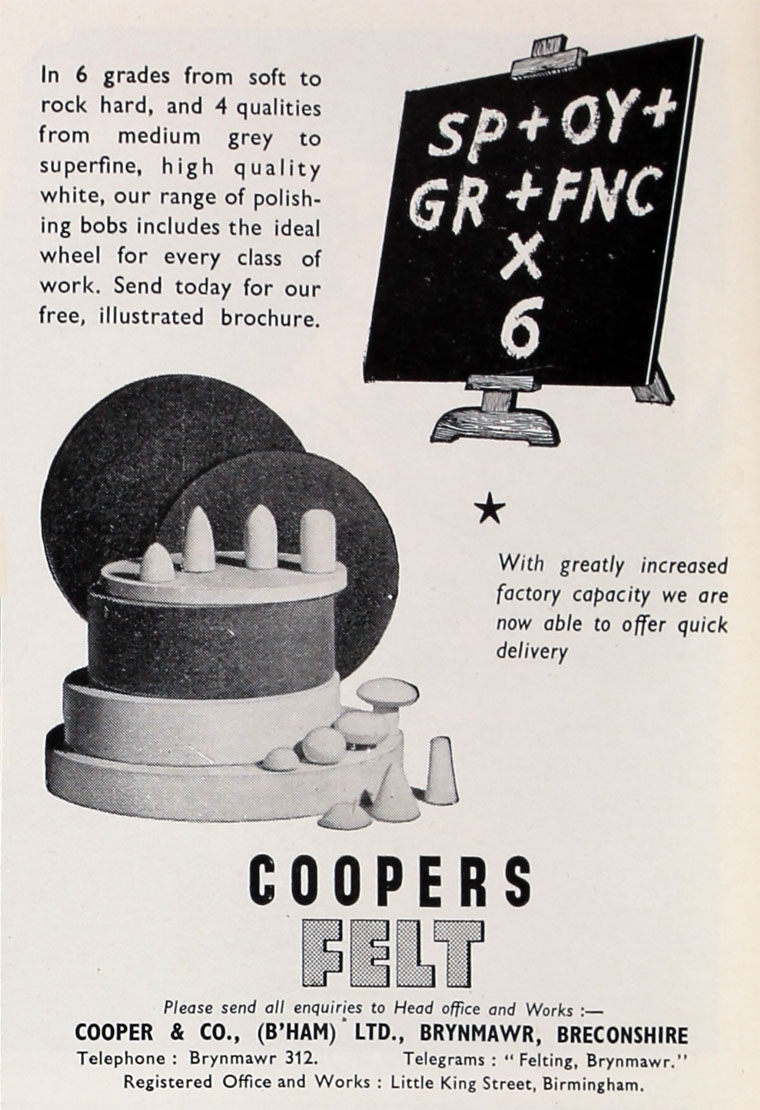 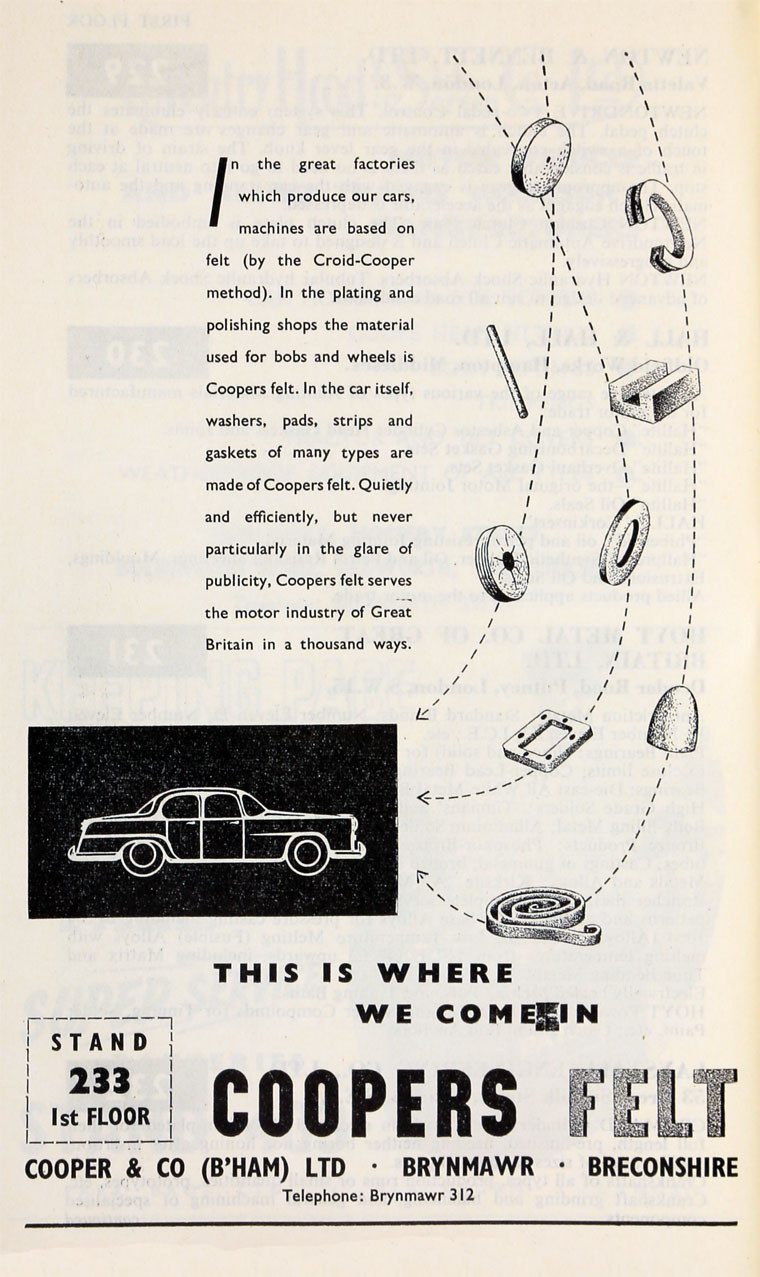 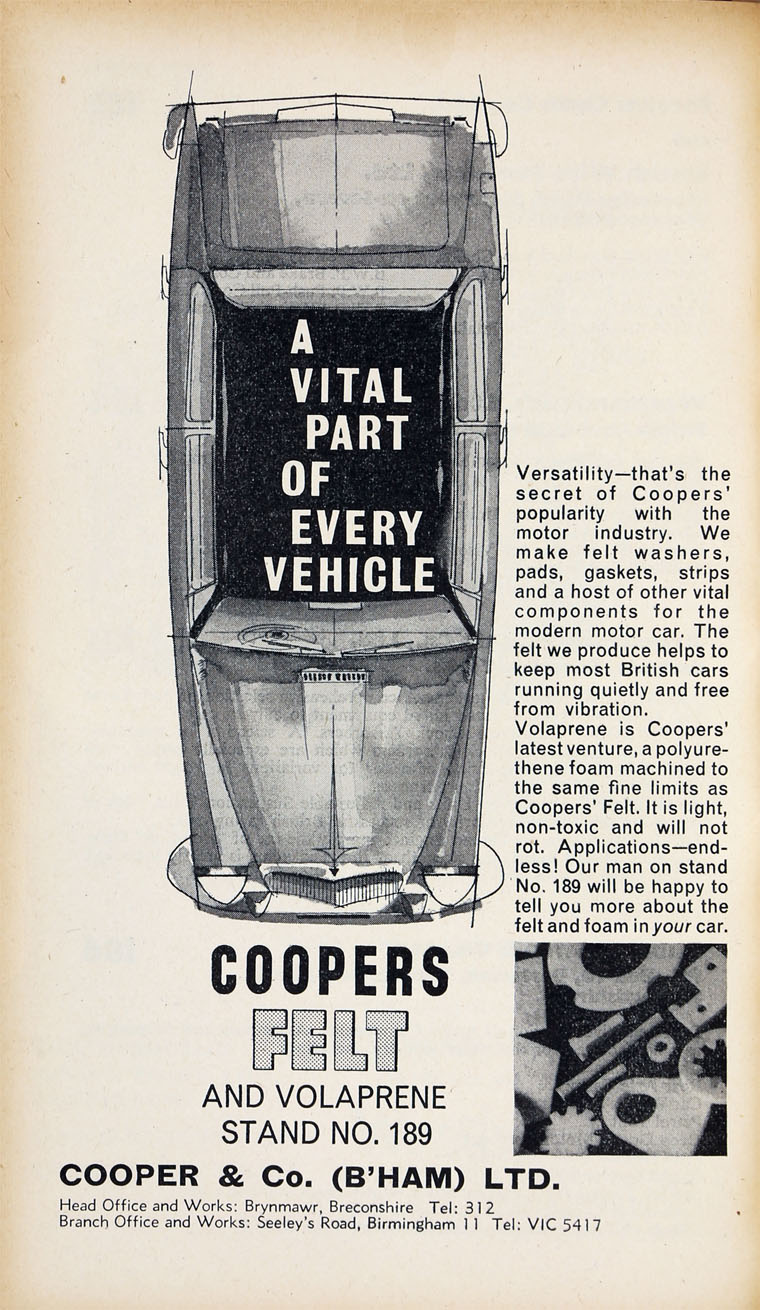 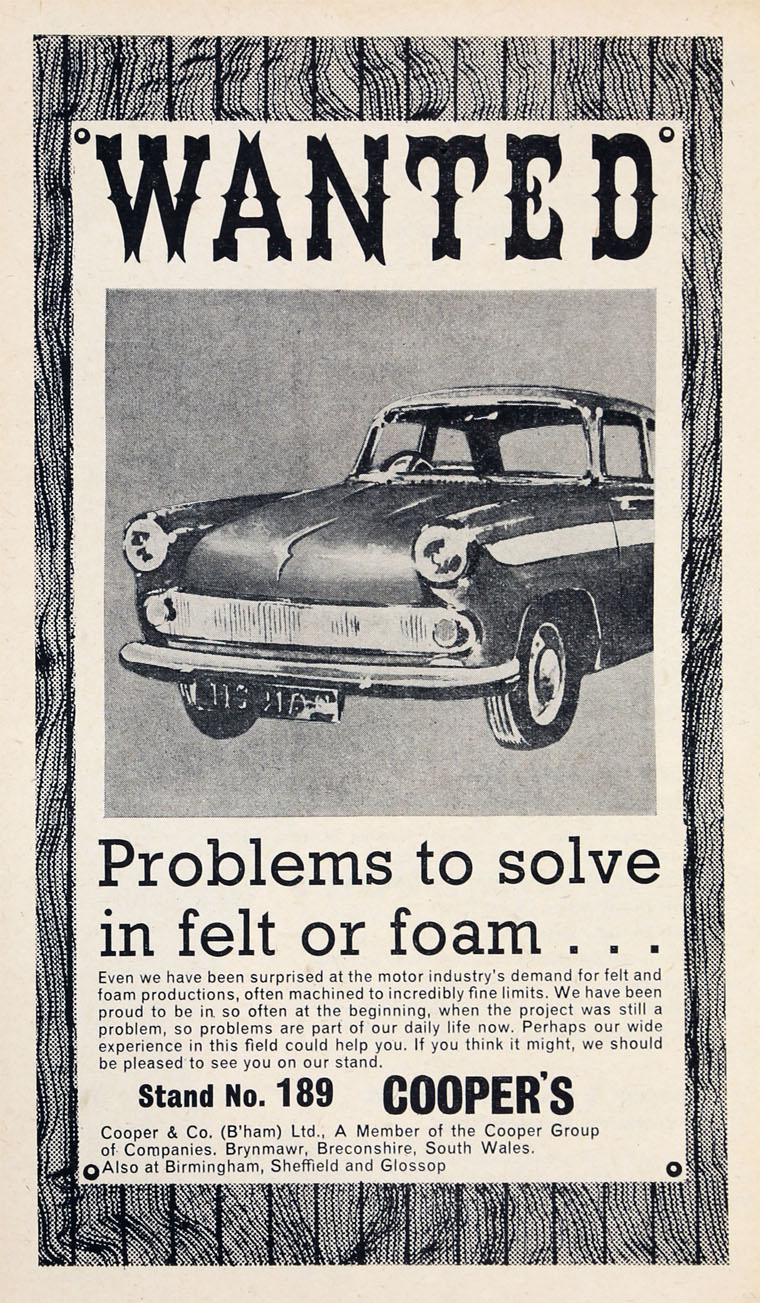 Cooper and Co (Birmingham) of Birmingham; and Brynmawr, makers of felt and felt products.

1897 Josiah Cooper and Francis George Bensly, trading as Cooper and Co of Birmingham, patented "improvements in or connected with polishing mops"

1911 Francis George Bensly was managing director of the company when the company, Bensly and Edgar Charles Morris of the company patented improvements in felt pads for absorbing vibrations in railway carriages.

1962 Patent by the company of Brynmawr on improvements in bollards