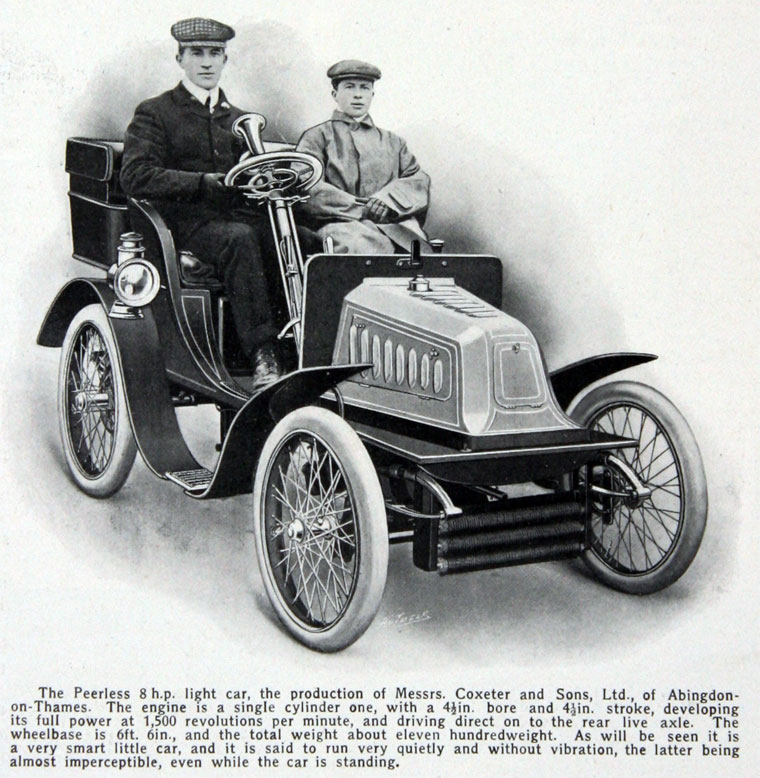 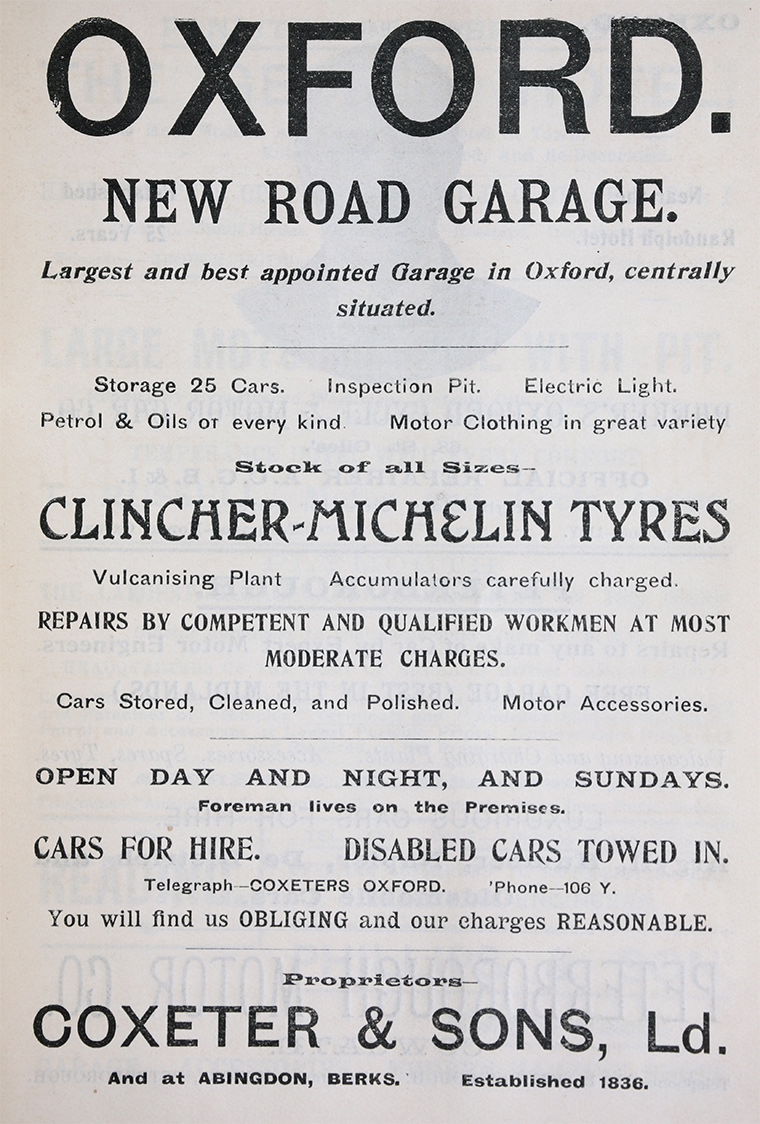 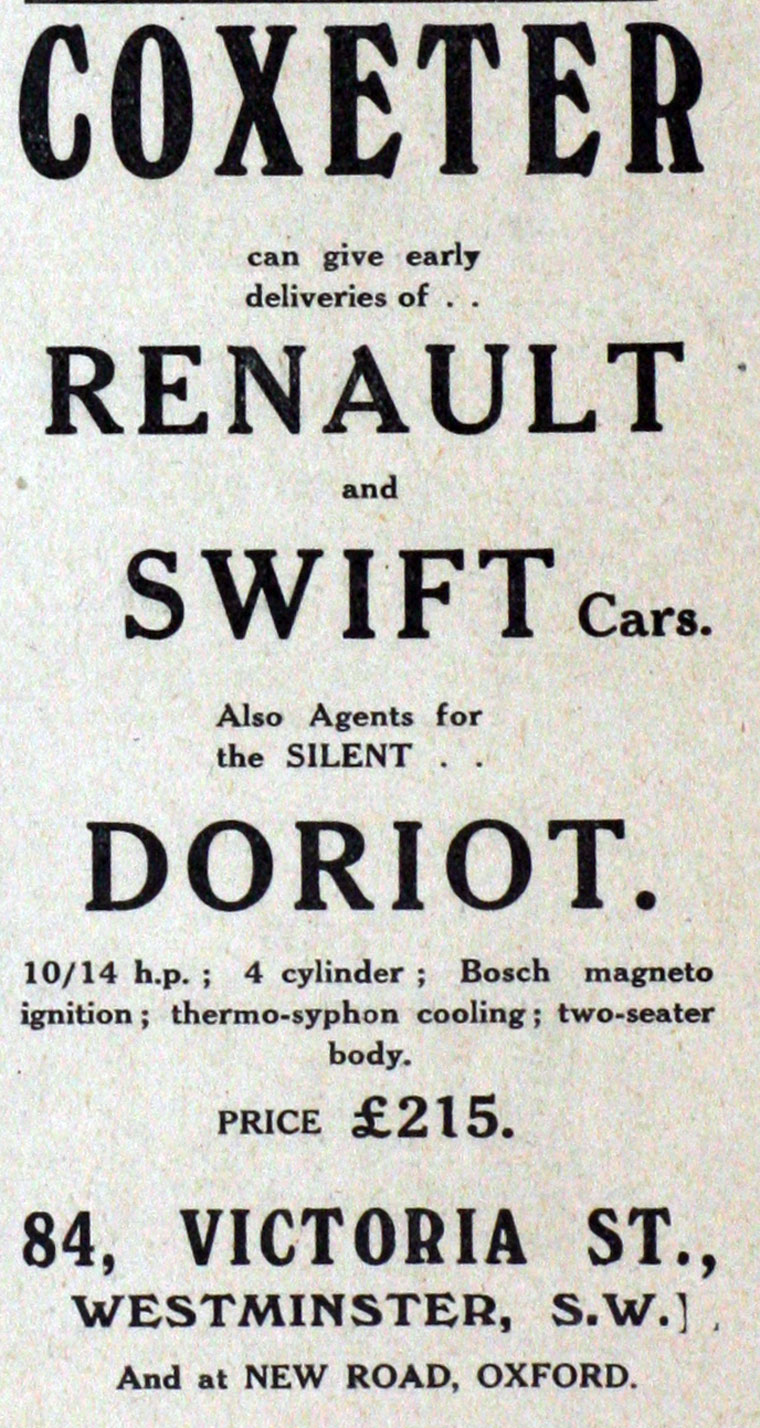 The firm produced a motorcycle with a Minerva 2.5hp engine hung from the downtube, belt drive and typical cycle parts. Although built by Coxeter it was sold as The Abingdon, which would later have clashed with the Abingdon marque, with which it had no connection. It is probable that Coxeter then went on to build machines for others, or continued purely as a retail outlet.