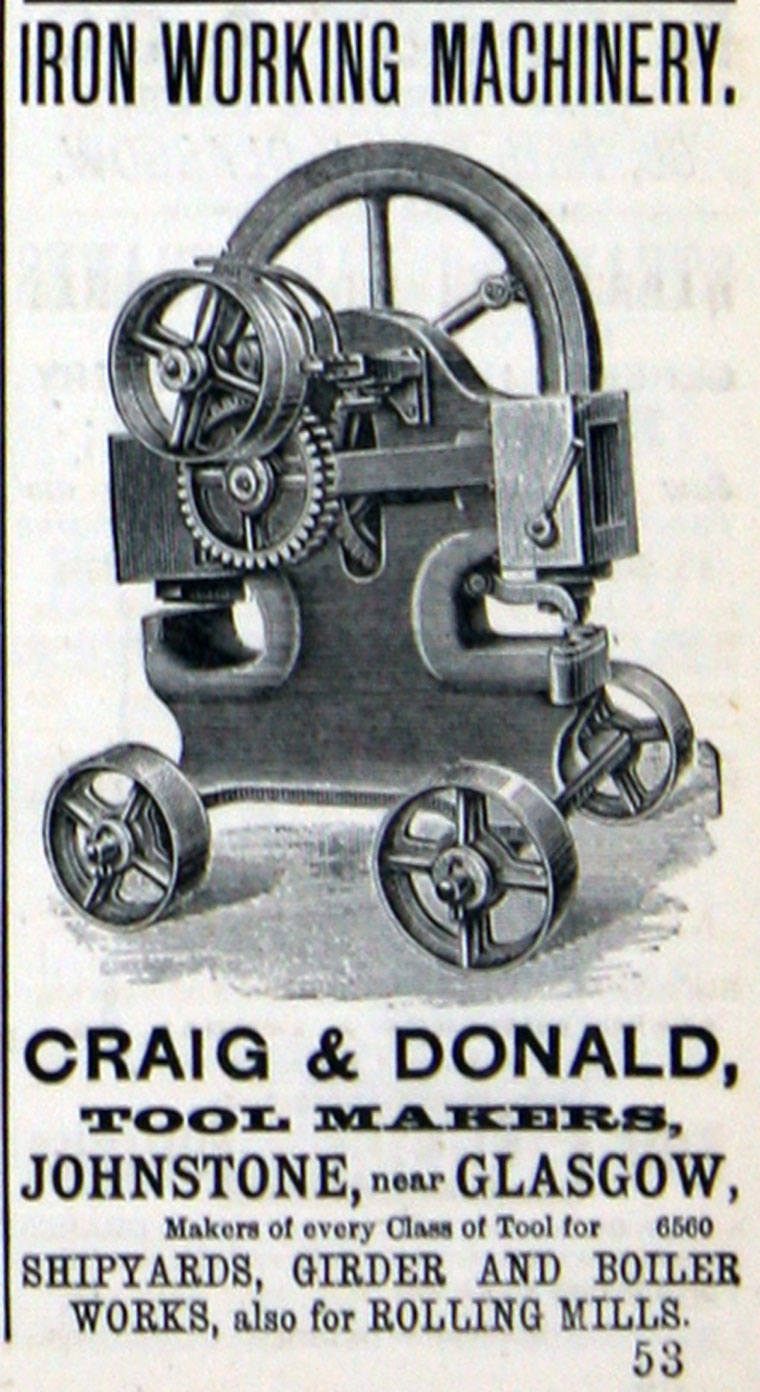 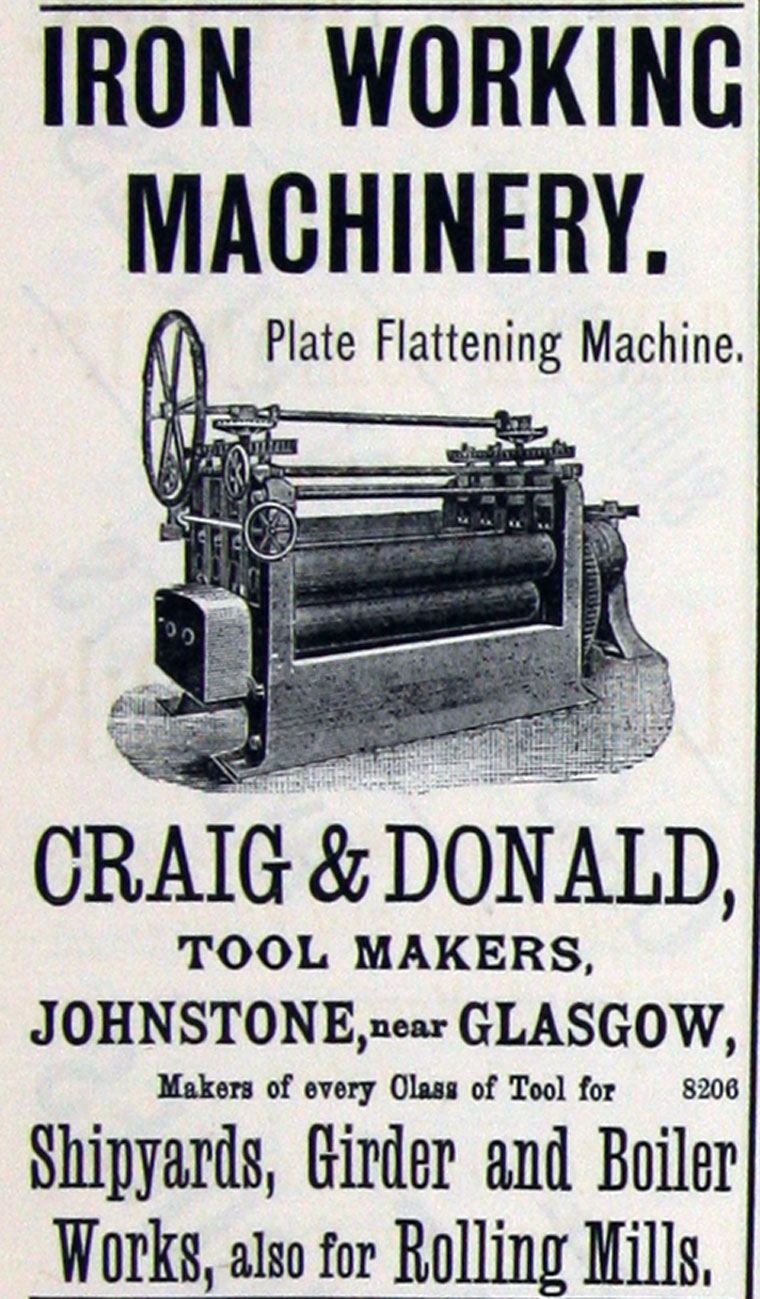 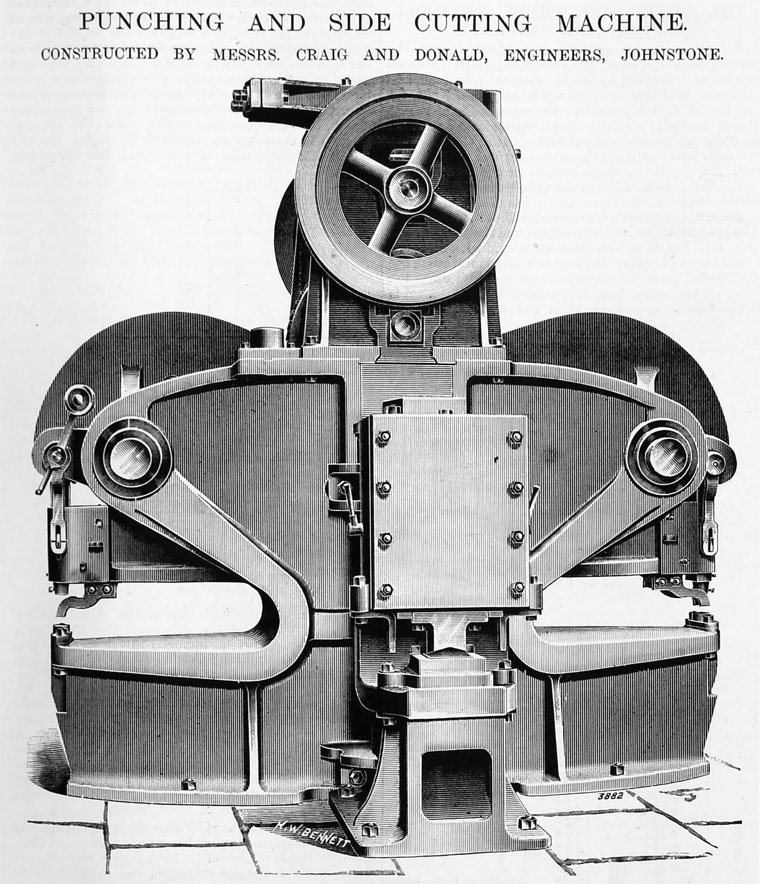 1897. Punching and Side Cutting Machine. 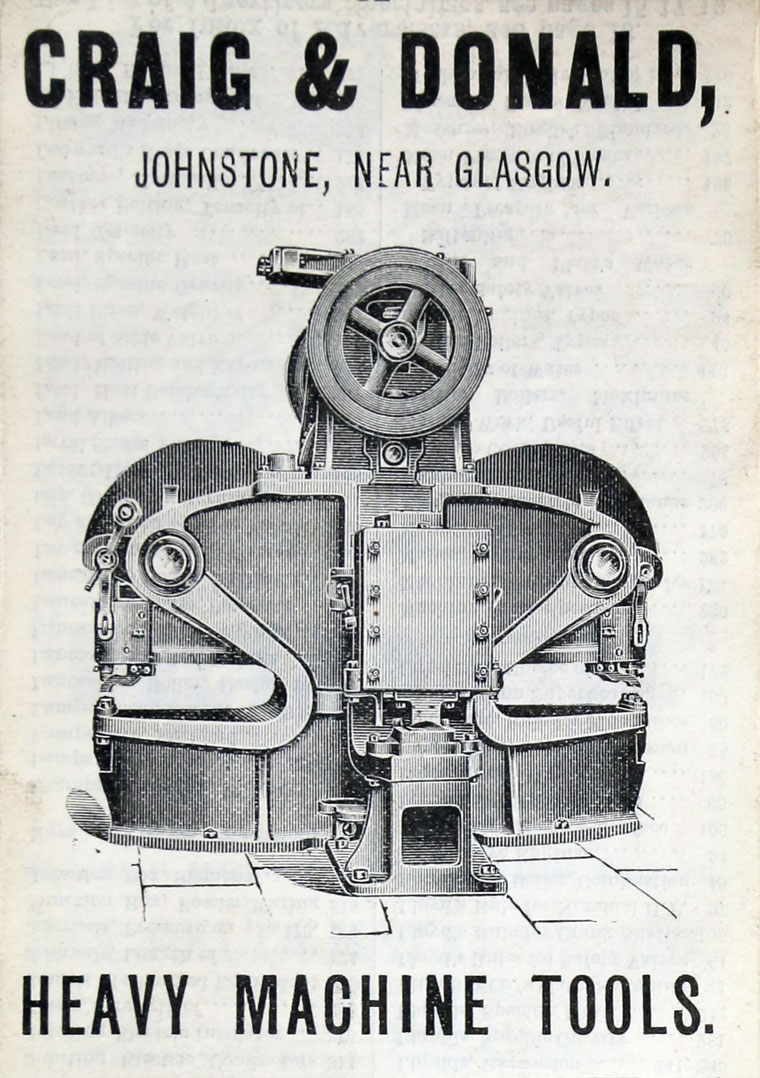 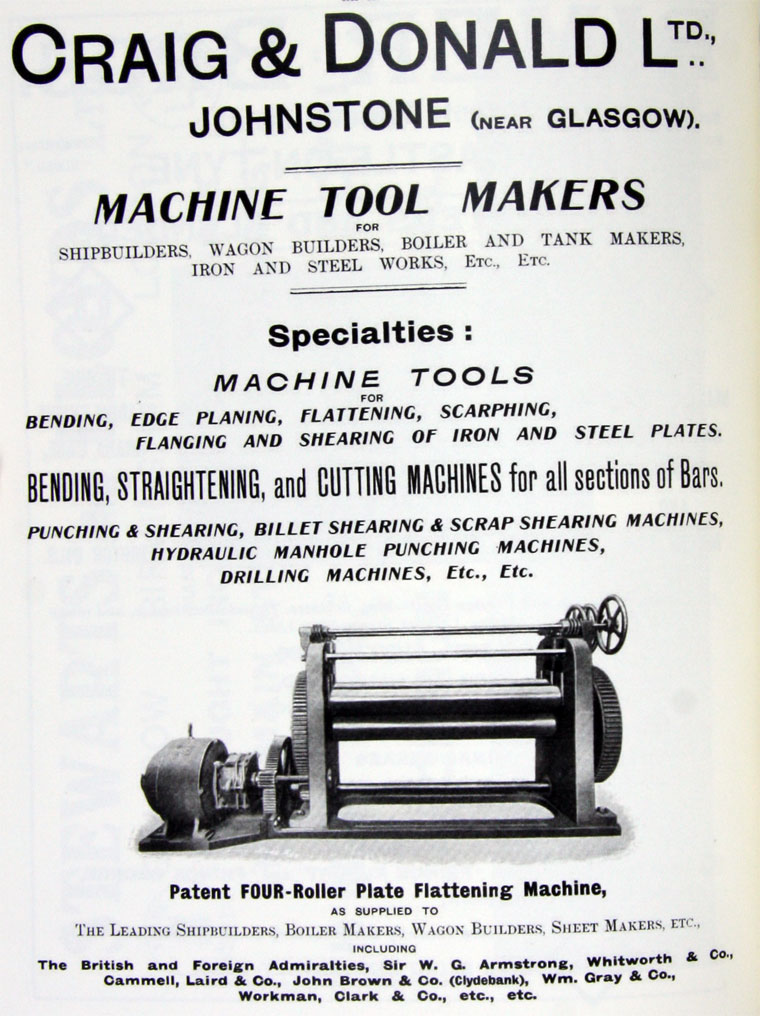 1851 Partnership dissolved. '...Copartnership carried on by the Subscribers, as Engineers and Machine Makers in Johnstone, under the Firm of CRAIG & DONALD, was of this date DISSOLVED by the mutual consent of the Partners. The debts due to and by the said Company will be received and paid by the Subscriber, Hugh Donald, who alone is authorised to do so. ANDREW CRAIG. HUGH DONALD.'[1]

1853 Patent. '867. To Hugh Donald, of the firm of Craig and Donald, of Johnstone, in the county of Renfrew, North Britain, Engineer, for the invention of "improvements in machinery for cutting and uniting metals."'[2]

1900 Heavy punching, shearing and side notching machines for shipyards. [3]

1937 The Scottish Machine Tool Corporation was formed by amalgamation of: James Bennie and Sons Ltd., G. and A. Harvey, Glasgow; Loudon Brothers Ltd, Johnstone; Craig and Donald Ltd, Johnstone; and James Allan Senior and Sons Ltd, Glasgow; all retained their separate autonomy, even though they had amalgamated. [6] [7]