Grace's Guide is the leading source of historical information on industry and manufacturing in Britain. This web publication contains 142,050 pages of information and 227,612 images on early companies, their products and the people who designed and built them. 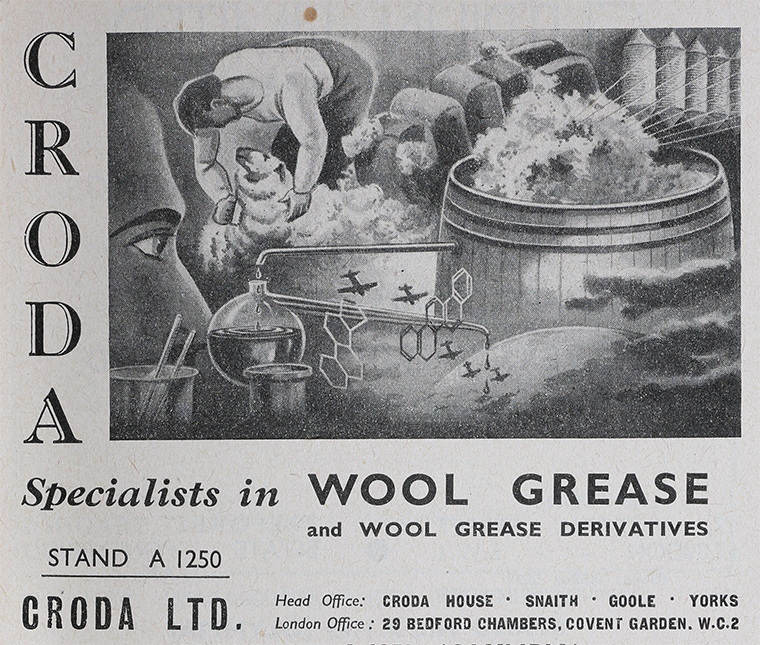 The firm was established for the extraction of wool-grease from seed-cake produced by the Bradford wool-scouring mills. Soon afterwards the company refined lanolin from this source, and Croda Ltd. was soon supplying it to no less than fifty-one countries throughout the world.

Lanolin had been shown to be an effective rust preventative, so customers in the first decades of the company's trading were in the engineering and automotive industries.

Post-WWII Diversified into new areas, most notably cosmetics. Growth was led by Fred Wood. Mr Wood was managing director until his early death in 1949.

1950s Croda entered the USA market, leading to the formation of Croda Inc, which has two manufacturing sites and sales teams covering all of North America and Canada.

By the early 1960s Croda was producing emulsifiers, lanolin, lanolin alcohols, plasticisers, and anti-rust and protective preparations a vast range of paints, finishes and oils for all purposes, and for hydraulic and de-icing fluids.

The 1970s and 1980s saw continuing organic growth and a series of acquisitions bringing diversifyication into many new markets. Manufacturing included chemicals as well as paints, printing inks, adhesives, dyestuffs as well as the processing of honey.

1982 After defending against a takeover bid by Burmah Oil, there was a change in strategy, focusing on familiar businesses - naturally-derived speciality chemicals.