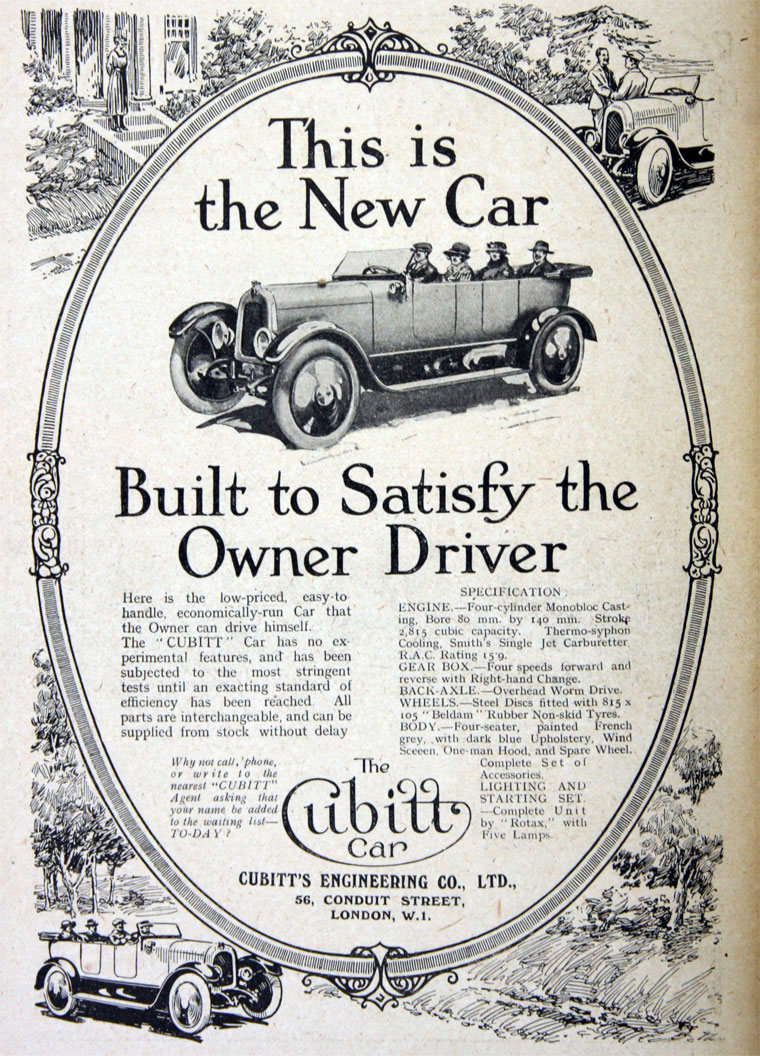 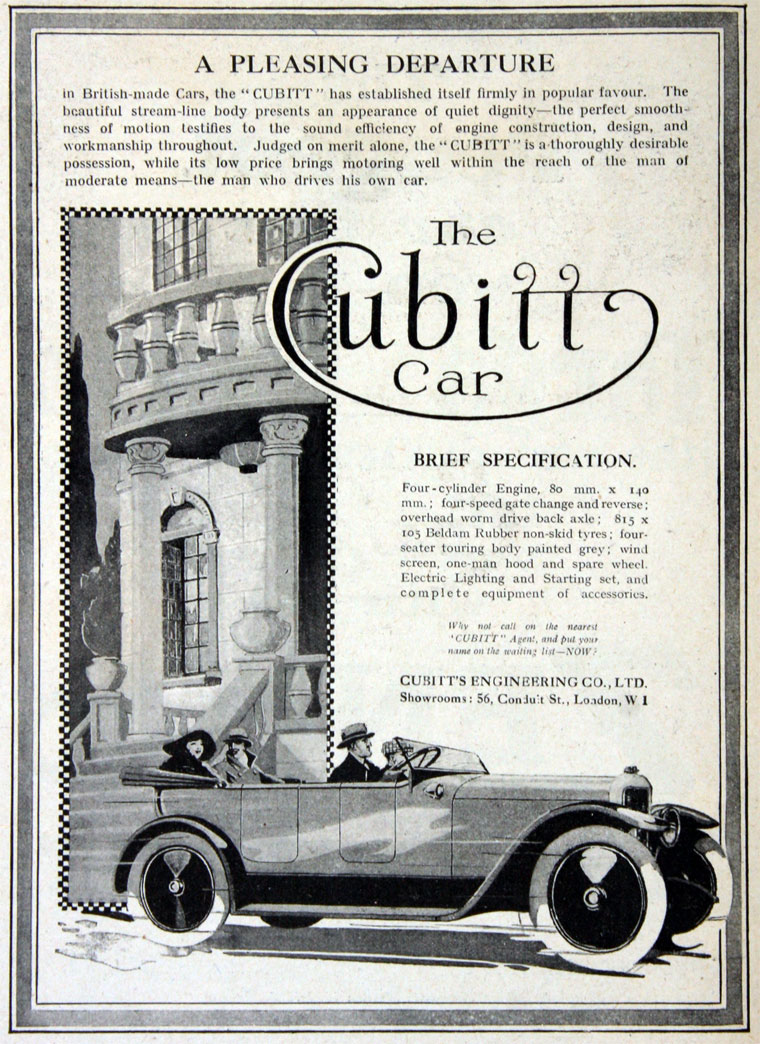 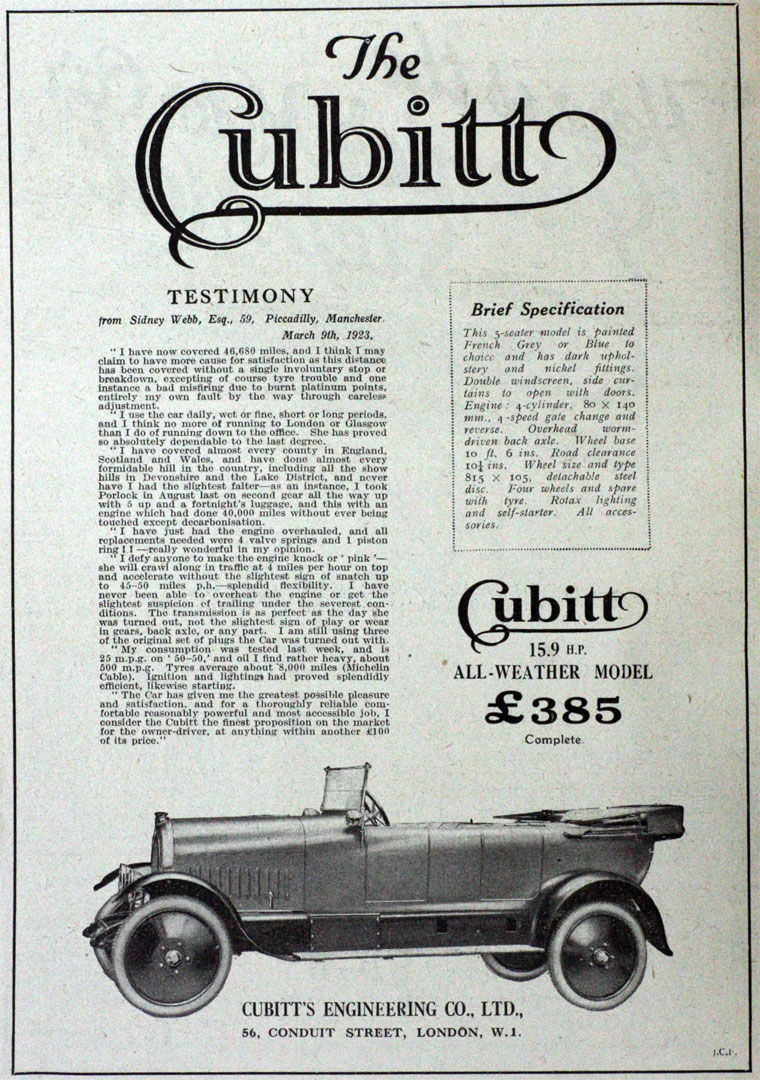 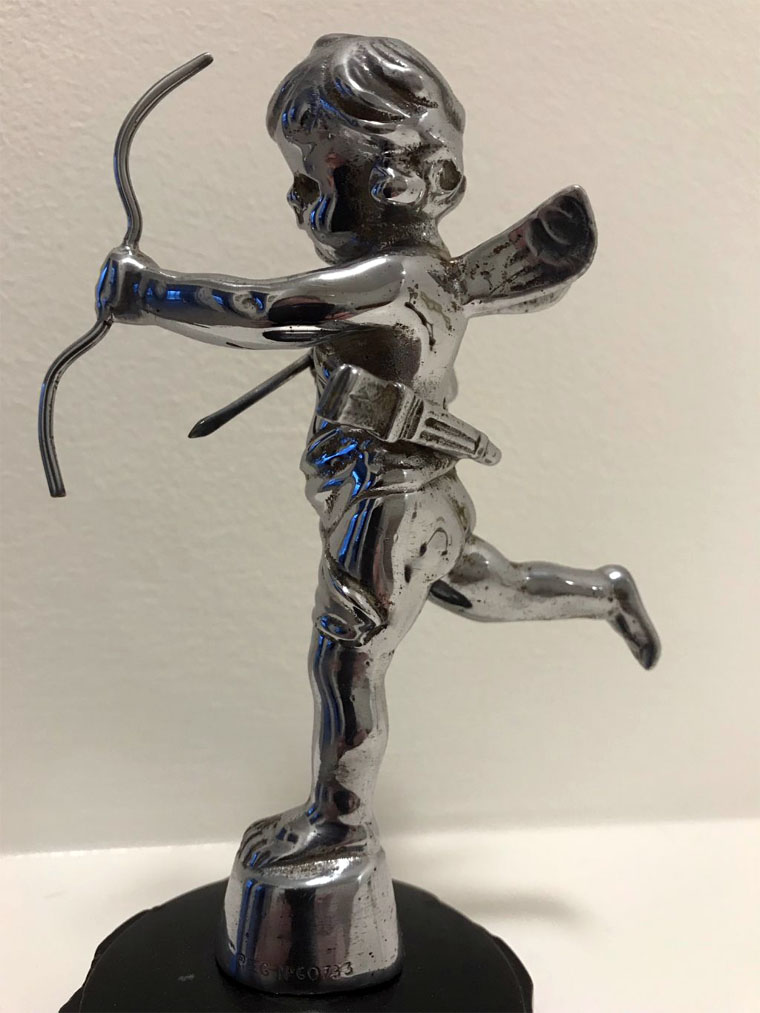 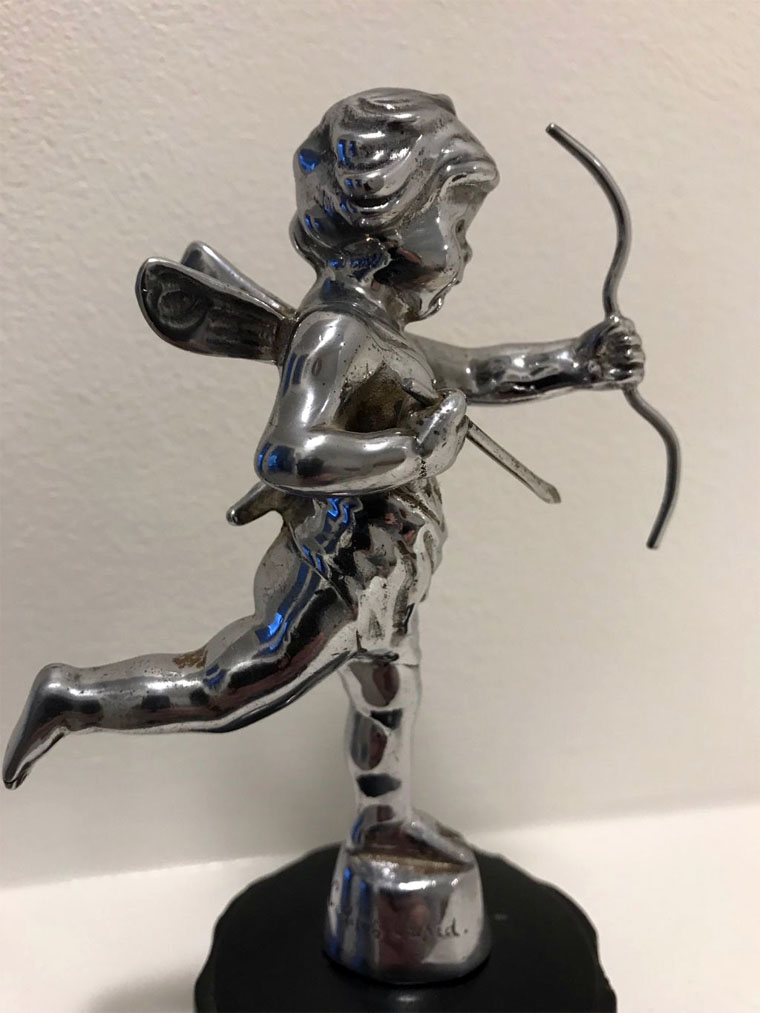 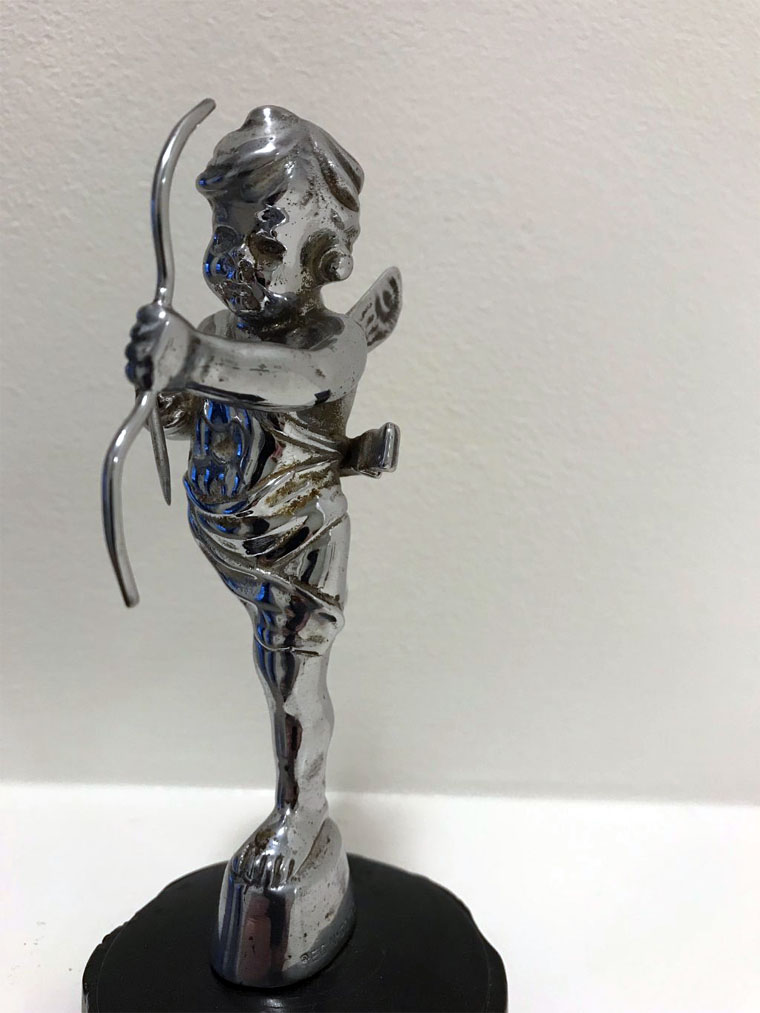 1919 Holland and Hannen and Cubitts established new company for the purpose of making the car they had designed at a new factory in Aylesbury; the new company was named Cubitt's Engineering Co [1]. Issue of preference shares to finance the car venture[2].

Cubitt produced only one model - the 16/20, but the firm failed to make any real profit.[3]

Selwyn Edge and J. S. Napier joined the board to stop the losses making the cars