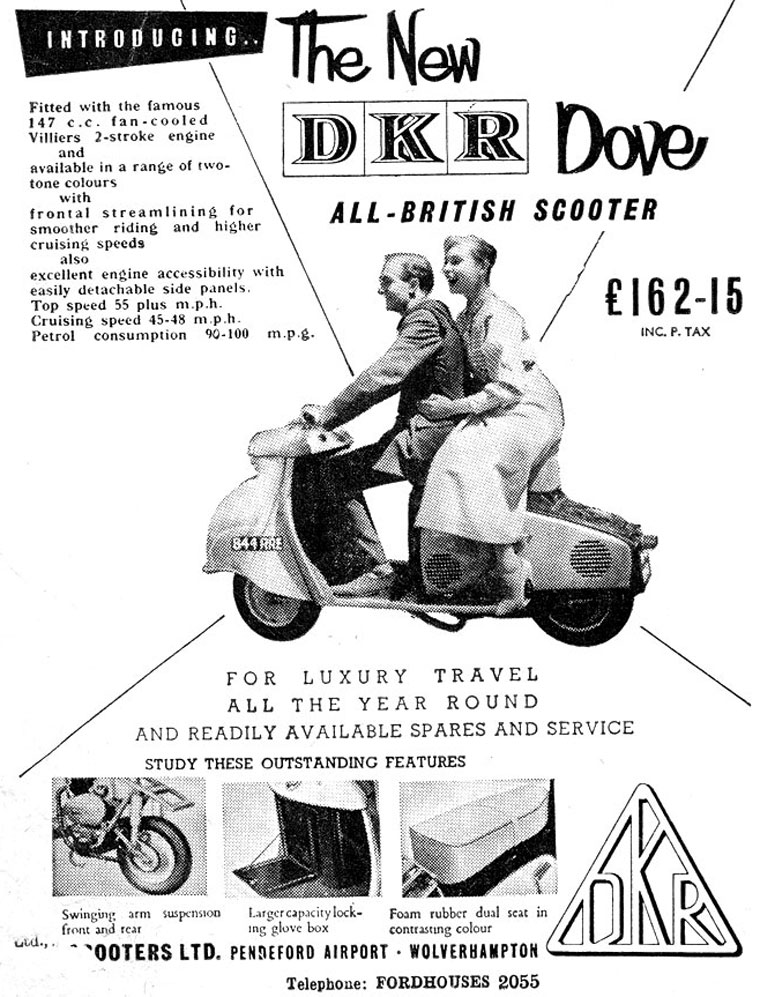 DKR was a scooter produced in Wolverhampton from 1957 to 1966. DKR was formed in 1957, by Barry Day and Noah Robinson, who were directors of the Willenhall Motor Radiator Co, and industrialist Cyril Kieft, who also built racing cars. The company was run from premises at Pendeford Airport.