Grace's Guide is the leading source of historical information on industry and manufacturing in Britain. This web publication contains 137,303 pages of information and 220,386 images on early companies, their products and the people who designed and built them. 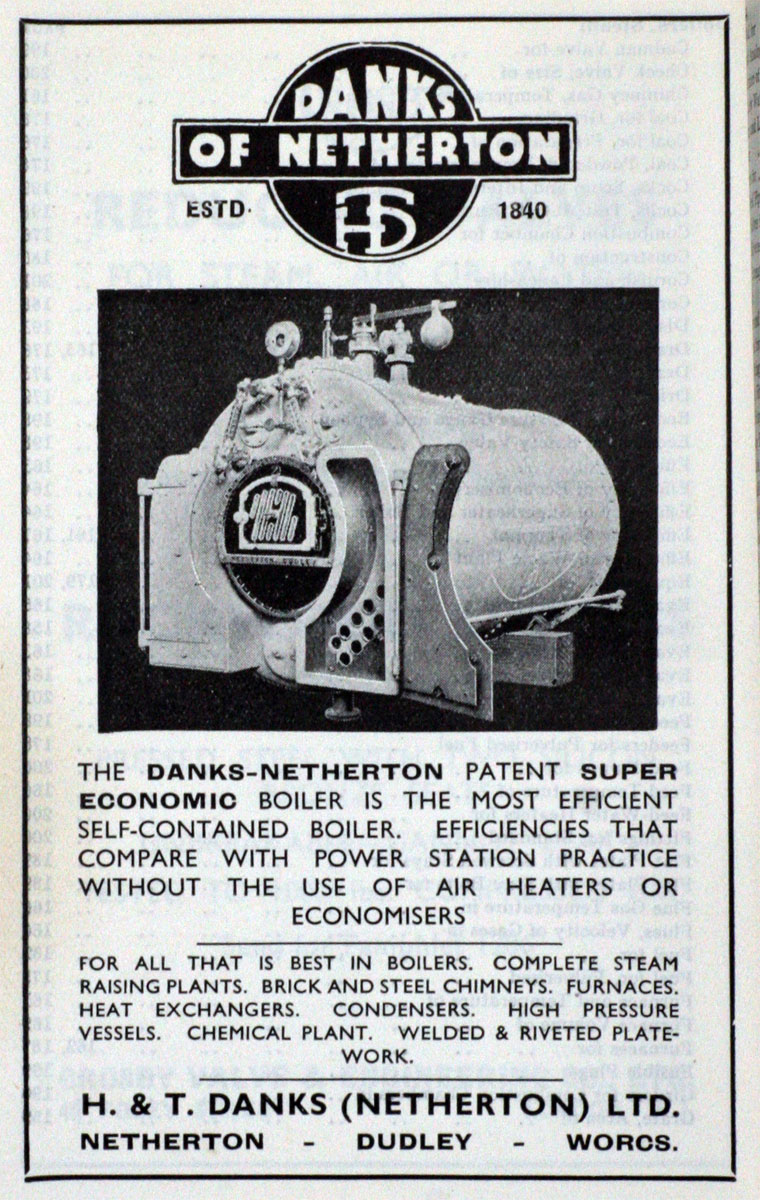 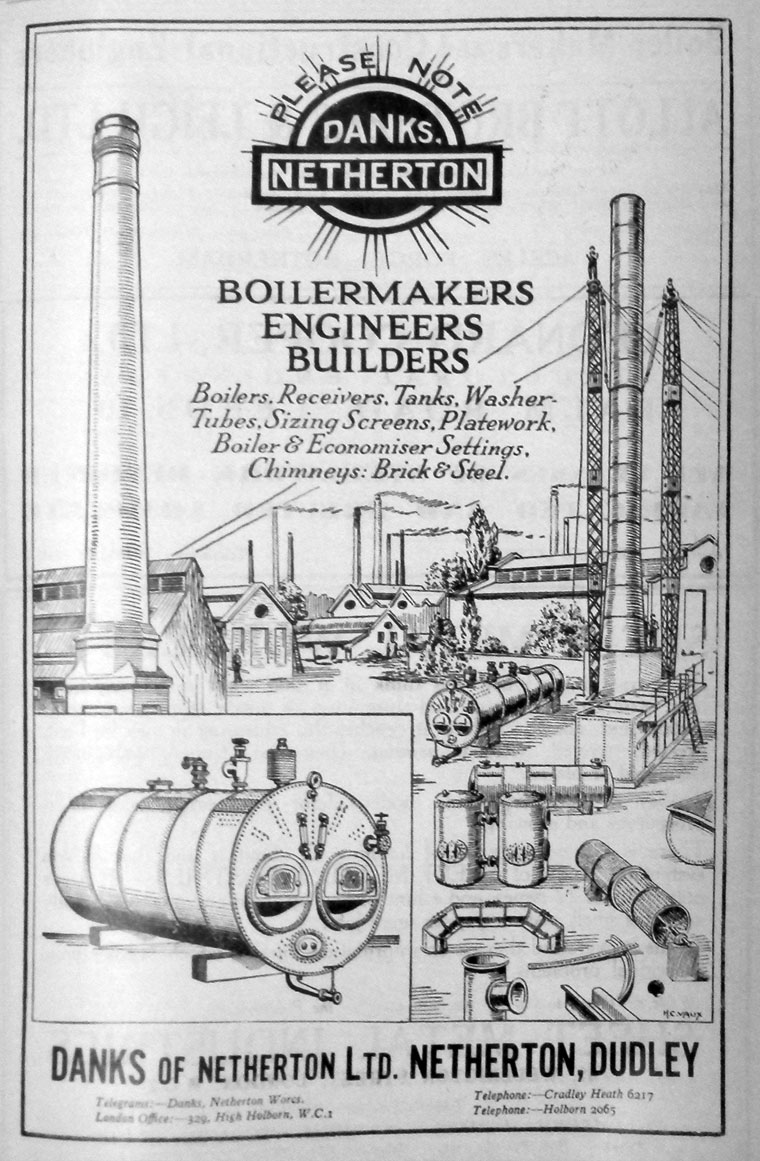 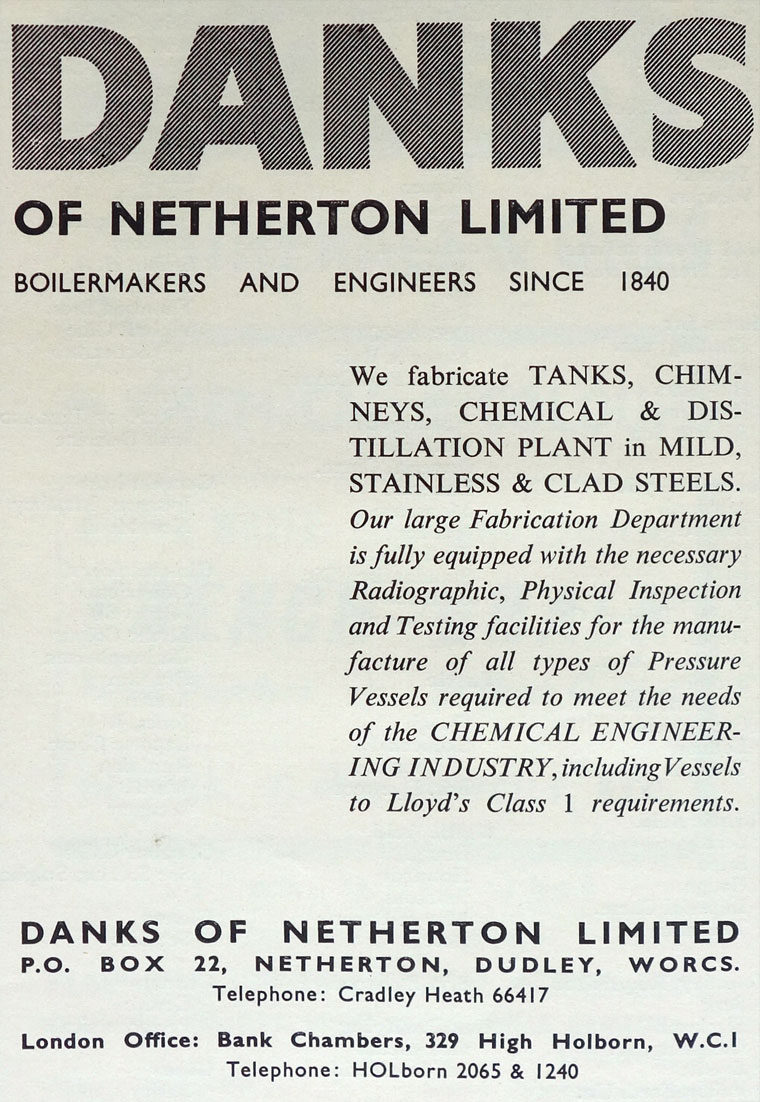 1807 Joseph Danks was born in August; he became a blacksmith, who manufactured industrial boilers and iron canal boats

Joseph and his wife had Elizabeth had 3 sons, Edwin, Henry and Thomas, and 3 daughters. The sons all trained and worked as boilermakers [1]

1850s It appears that Edwin had a dispute with his father and brothers during the mid 1850's, was given £3000 and told to go and farm sheep in Australia. When he returned he established Edwin Danks and Co in direct competition with his brothers.

1984 Taken over by Edwin Danks and Co