Grace's Guide is the leading source of historical information on industry and manufacturing in Britain. This web publication contains 137,397 pages of information and 221,179 images on early companies, their products and the people who designed and built them. 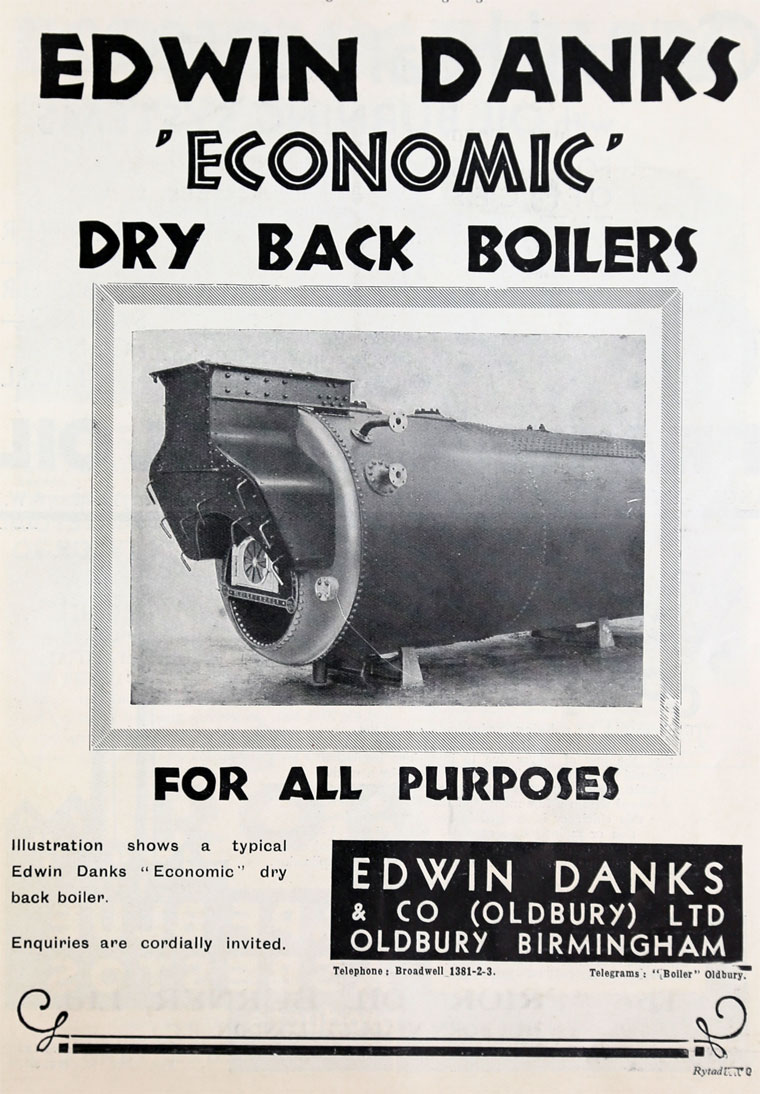 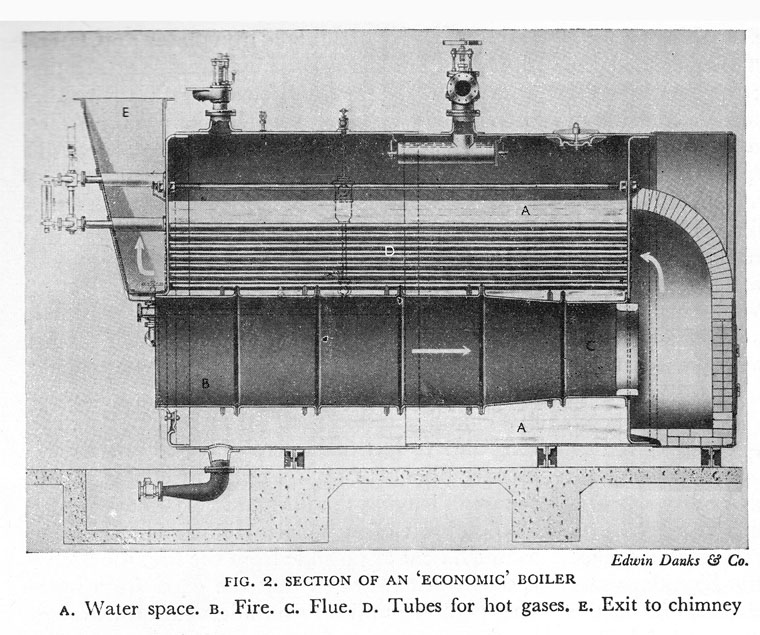 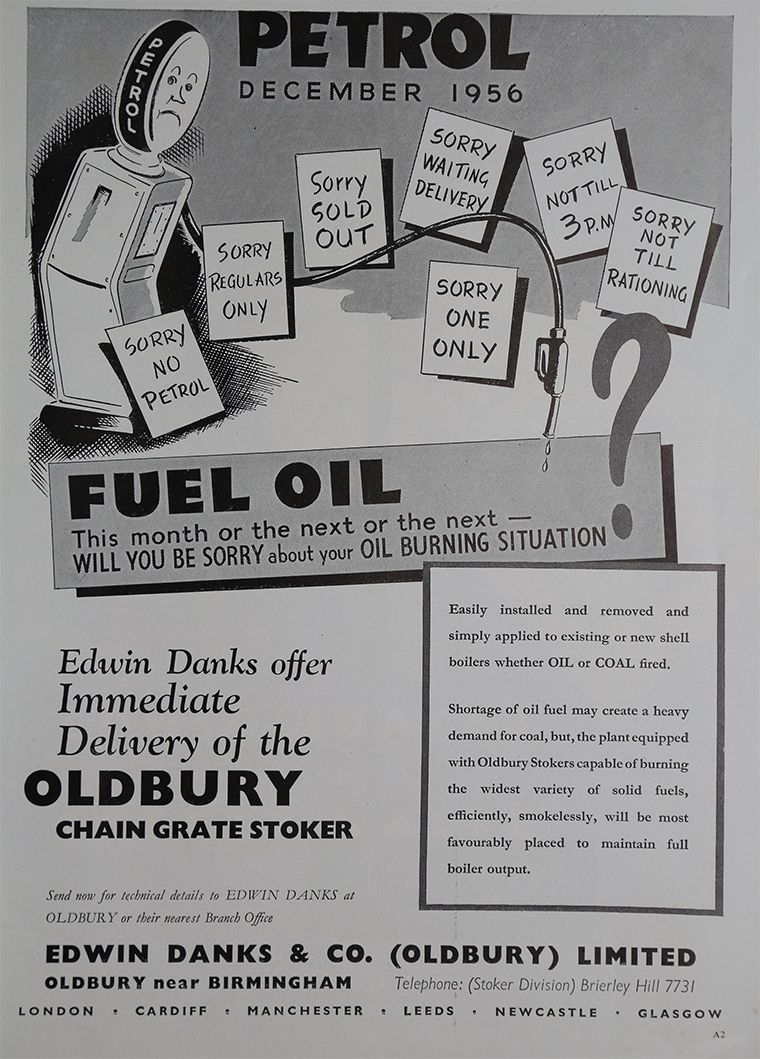 1807 Joseph Danks was born in August; he became a blacksmith, who manufactured industrial boilers and iron canal boats

Joseph and his wife had Elizabeth had 3 sons, Edwin, Henry and Thomas, and 3 daughters. The sons all trained and worked as boilermakers [2]

1850s It appears that Edwin had a dispute with his father and brothers during the mid 1850's, was given £3000 and told to go and farm sheep in Australia.

1862 Upon his return, Edwin started the company known as Edwin Danks of Oldbury on a 17 acre site at Oldbury. Company founded. This was just 5 miles from Edwin's brothers company, H. and T. Danks of Netherton; they were direct competitors.

1910 Edwin Danks of Oldbury was acquired by Babcock and Wilcox[4]; their activities were then focussed on making 'Lancashire' type boilers.

1959 The Oldbury site was refurbished.

1961 Patent - Improvements in or relating to fuel burning apparatus.

1984 Took over Danks of Netherton