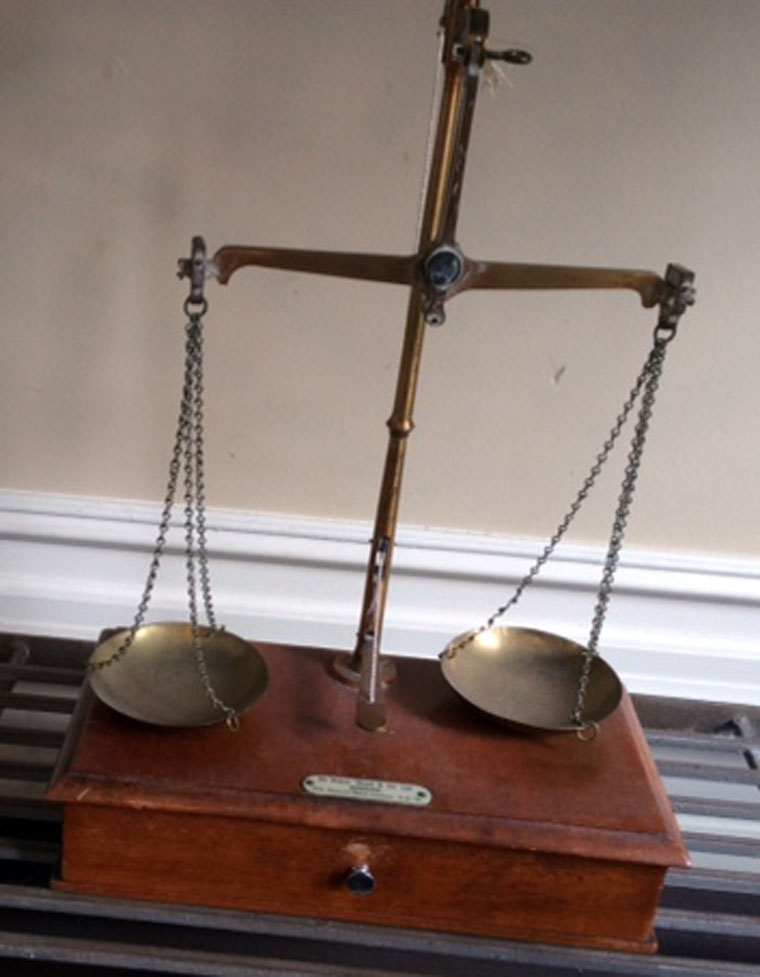 From 1845 it was De Grave Short and Co, presumably involving Samuel Robinson Short

1851 De Grave, Short and Fanner exhibited at the Great Exhibition

1885 De Grave, Short and Co were awarded a prize at the Inventions Exhibition for improvements in balances[4]

1889 Dissolution of the Partnership between Henry Munday Clark and William Christopher Fanner, carrying on business under the style or firm of De Grave, Short, and Co, at No. 59, St. Martin's-le-Grand, in the city of London, as Scale, Weight, and Measure Makers and Vendors[5]

1922 The firm became part of Averys

1935 Harrington moved to the Oertling section; fast progress to foreman in balance assembly.

1942 Harrington began making balances in his garden shed. At some unknown date this grew into commercial making, selling through H. M. Stanley. He was still employed at Oertling.

c.1946 Harrington left Oertling; he was by then foreman in fine balance repairs at No. 23 Charterhouse Street, beneath the De Grave Short showroom. With Henry Morton Stanley he set up Stanton Instruments Ltd.