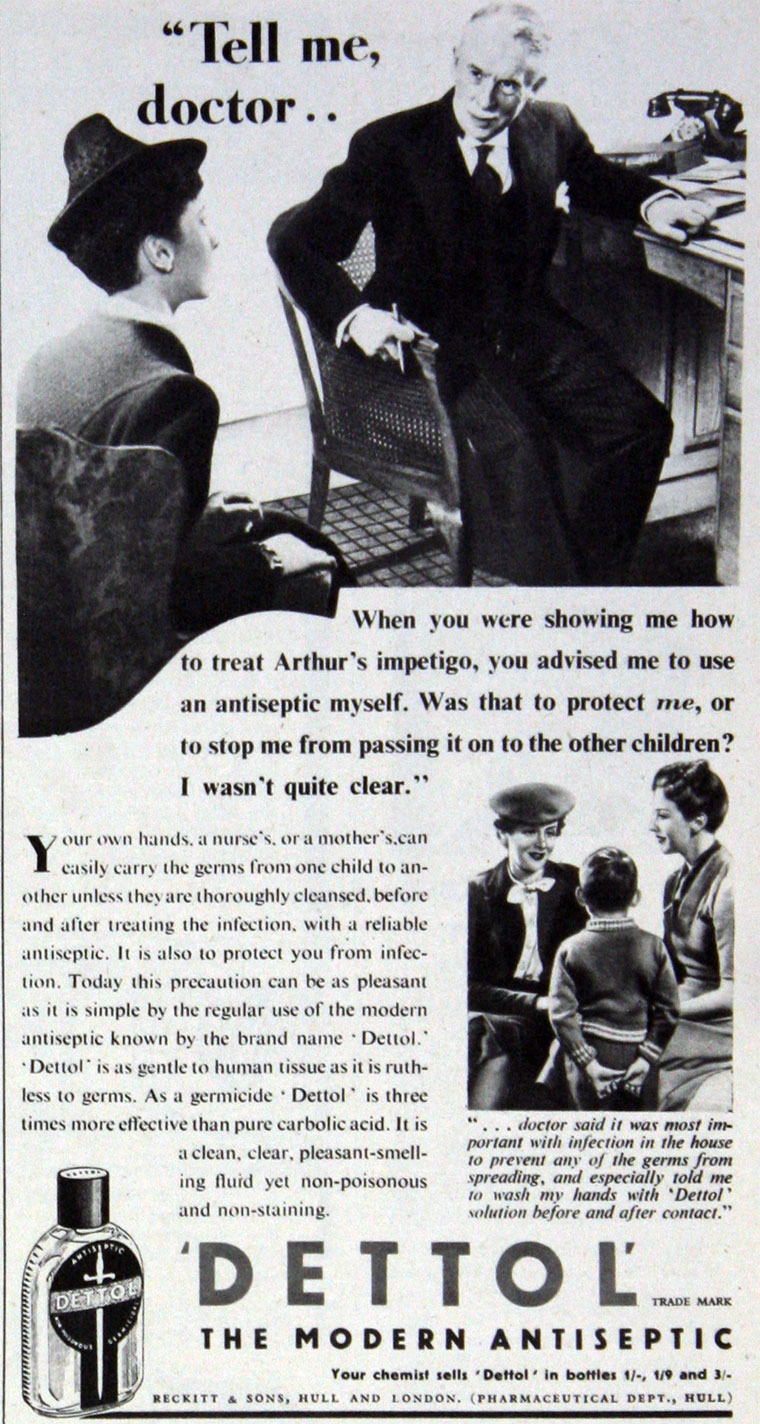 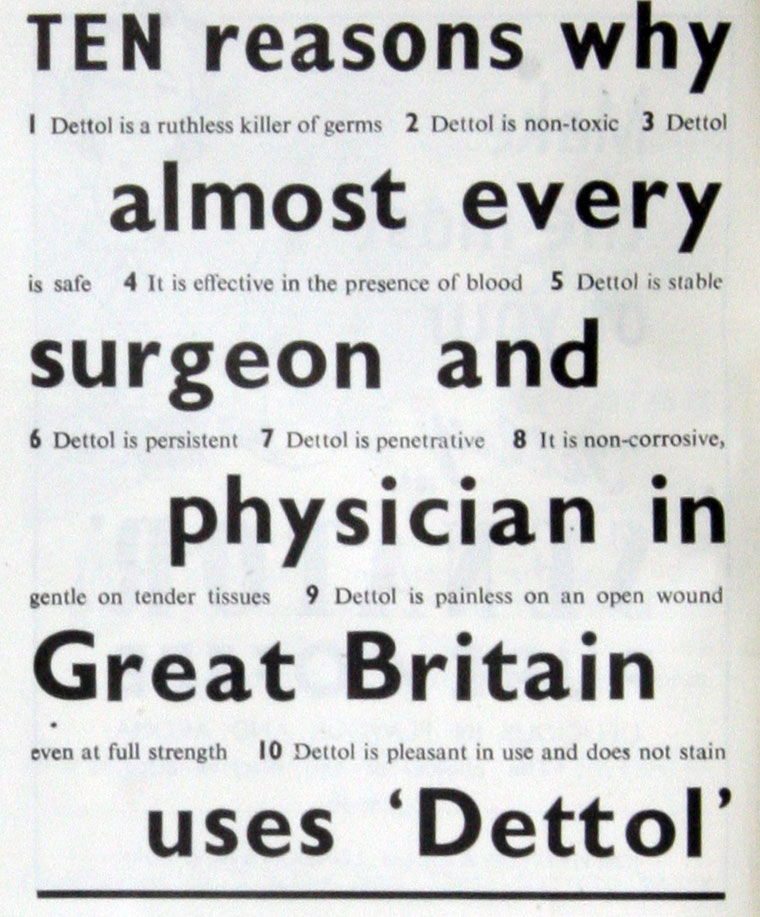 1929 Albert Leopold Reckitt, grandson of Isaac Reckitt, using his chemistry knowledge, and the bacteriologist, W. C. Reynolds, developed the Dettol antiseptic disinfectant liquid, which was marketed by Reckitt and Sons from 1933. Regarded as an important development in the science of antisepsis, Dettol was initially marketed for hospital use, especially in maternity cases to combat puerperal fever, but soon became a household name.