Grace's Guide is the leading source of historical information on industry and manufacturing in Britain. This web publication contains 140,560 pages of information and 227,382 images on early companies, their products and the people who designed and built them. 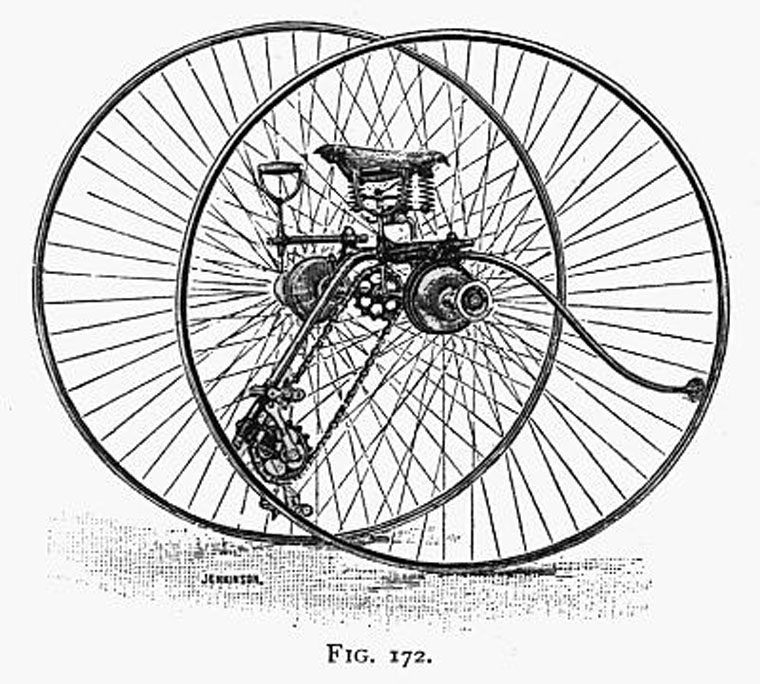 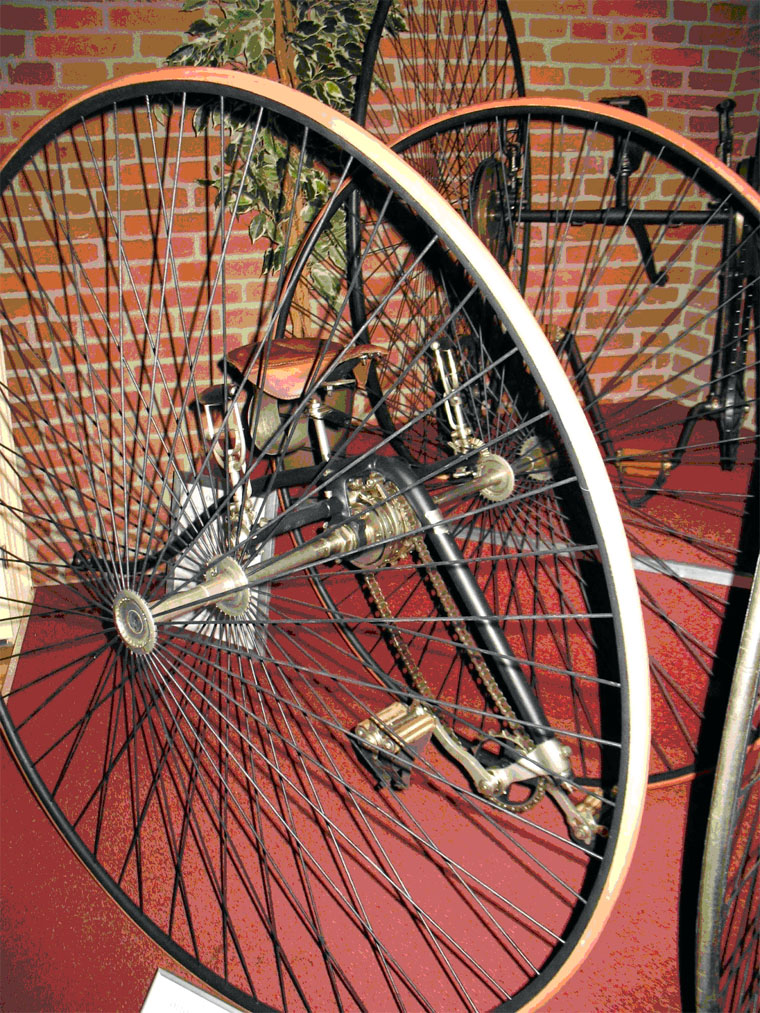 At The Dutch Velorama Museum at Nijmegen.

1884 Kingston Welch patented a machine he named as a Dicycle that outwardly resembled the Otto bicycle. His machine though differed from the Otto by having a single central positioned drive mechanism as against the two drive mechanisms of the Otto.

Welch’s Dicycle Patent 6714 was recorded on 23rd April 1884, the machine being built by the Coventry Machinists Company and exhibited at the 1885 Stanley Show.

By redesigning the complicated drive of the ‘Otto’ bicycle, Welch, simplified the ‘drive’ mechanics and gave the new machine a much cleaner appearance.

Otto actually patented a similar central-drive machine, patent No.7827 but at a later date than Welch in May 1884, also adopting the name Dicycle and by doing so confused the two types of machines ever since.