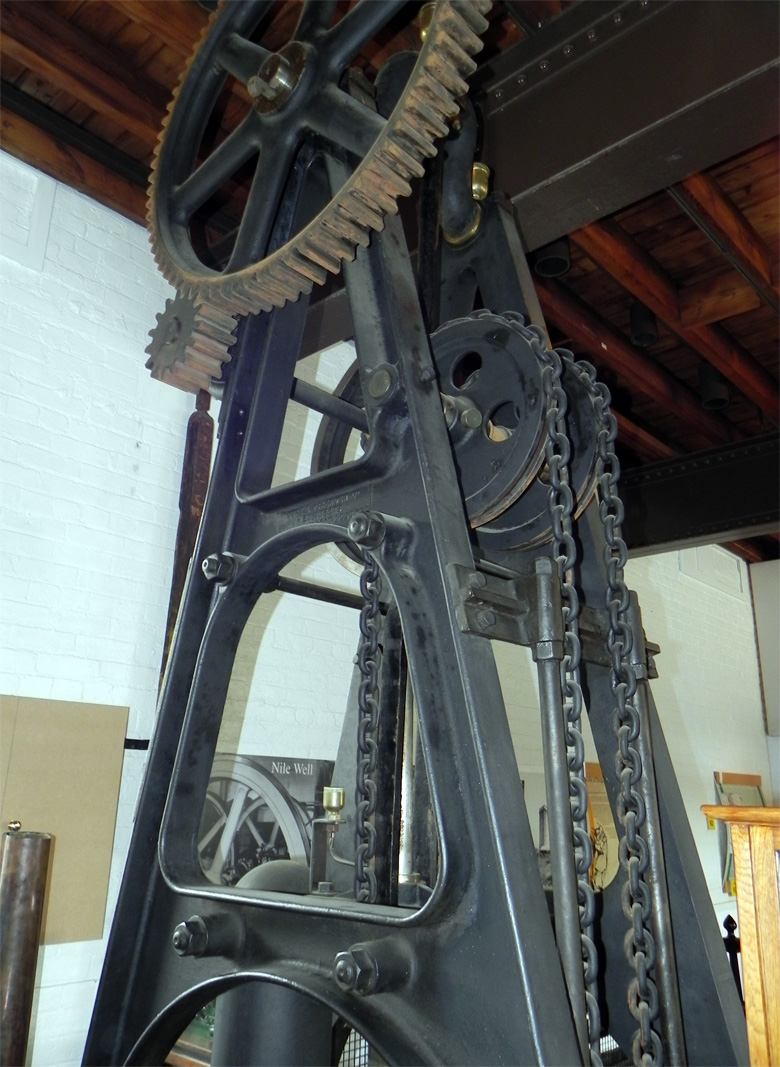 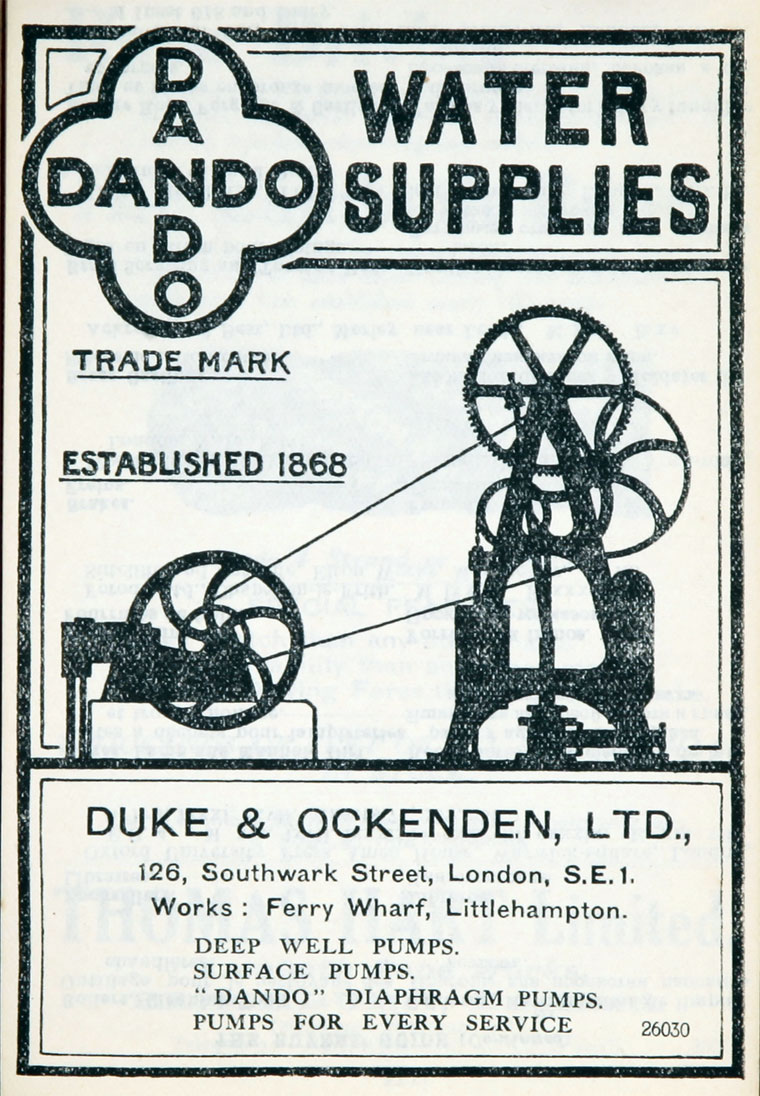 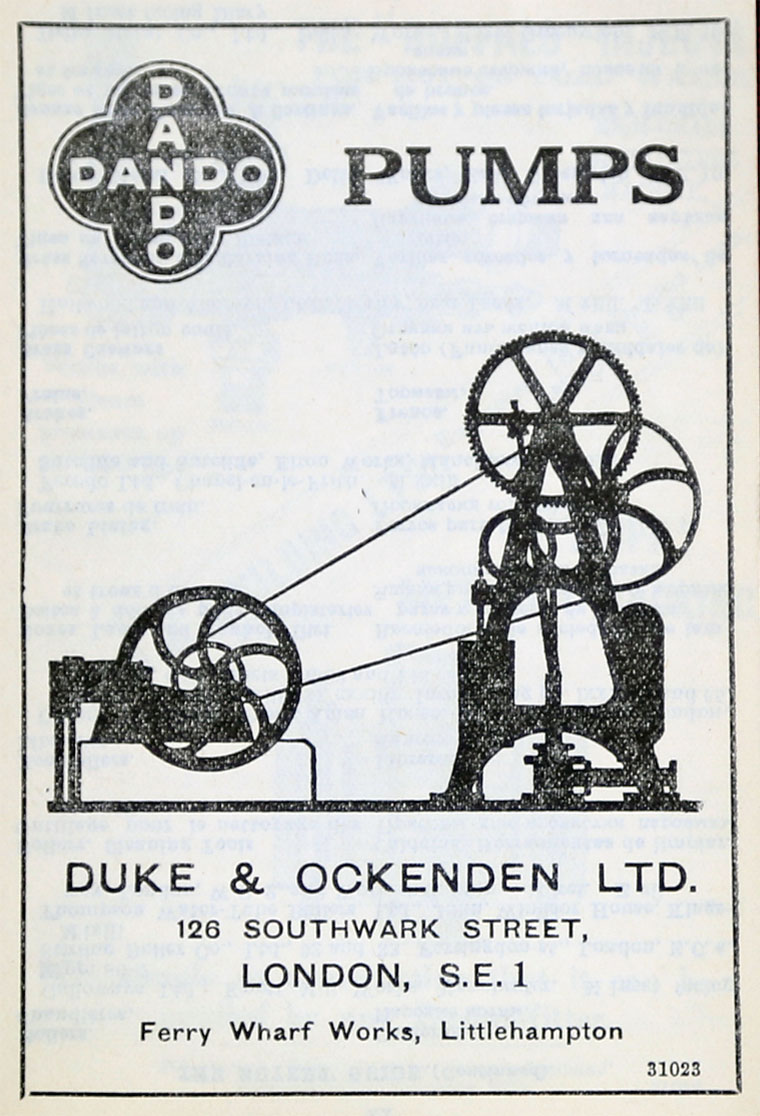 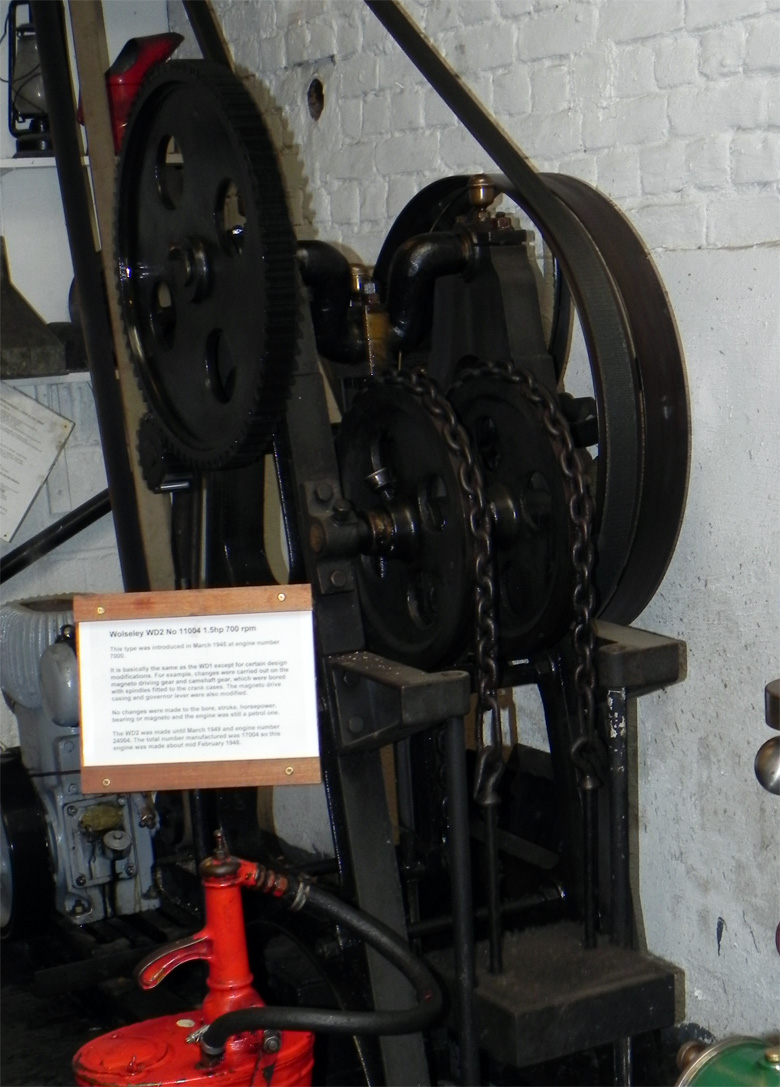 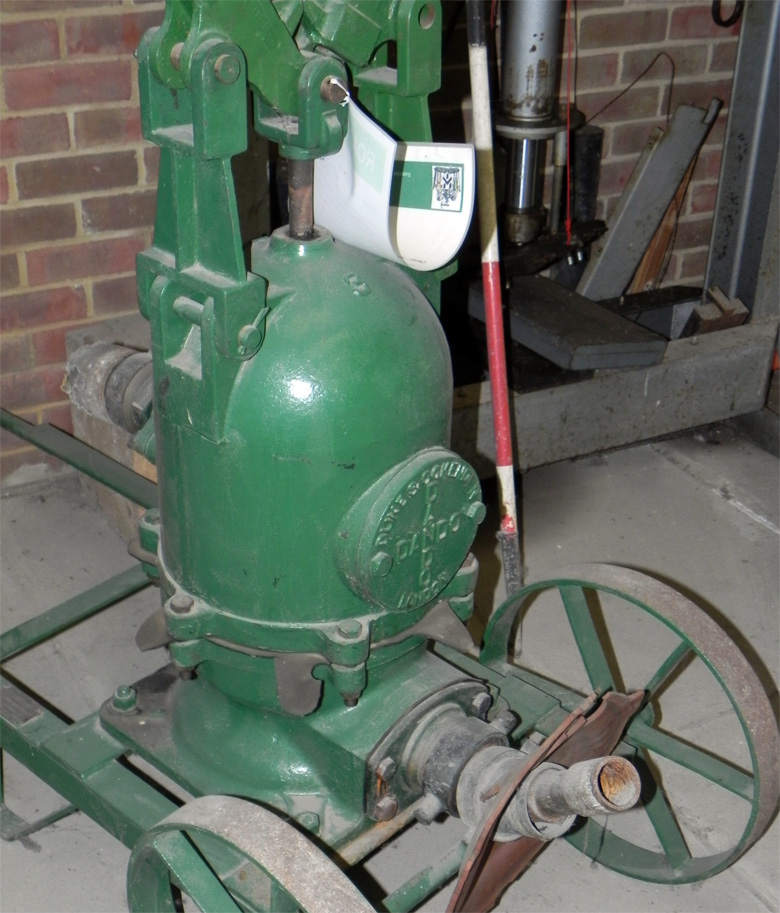 1867 Littlehampton businessmen Mr. Duke and Mr. Ockenden sank the first tubewell to ensure a clean water supply in the town after an outbreak of cholera. The partnership was formed by Albion Ockenden, his son. Mr. Albion Ockenden, Junior, Mr. M. A. Ockenden and Mr. Reginald Francis Duke.

1897. Partnership change. '... the Partnership heretofore subsisting between us the undersigned Reginald Francis Duke, Maurice Ockenden and Frederick William Ockenden carrying on business as Well Engineers &c. at Littlehampton in the county of Sussex and elsewhere under the style or firm of Duke and Ockenden has been dissolved by mutual consent so far as regards the paid Frederick William Ockenden as and from the thirty-first day of December one thousand eight hundred and ninety-six. All debts due to and owing by the said late firm will be received and paid by the said Reginald Francis Duke and Maurice Ockenden who will continue the business under the style or firm of Duke and Ockenden as heretofore...'[1]

WWI Supplied trench pumps to the British Army in France

WWII Supplied drilling rigs to the Army; many staff seconded into the No.3 Well Boring Section of the Royal Engineers

1980 Stopped doing contracting work to concentrate on drill rig manufacture, mounted on a variety of vehicles

2000 Having gained a worldwide reputation for the supply of high performance drilling rigs, Dando now supplies many large scale drilling projects and continues to innovate bringing new products to market.