1887 plan of Hindley's works, from a display board at Sherborne Steam and Waterwheel Centre 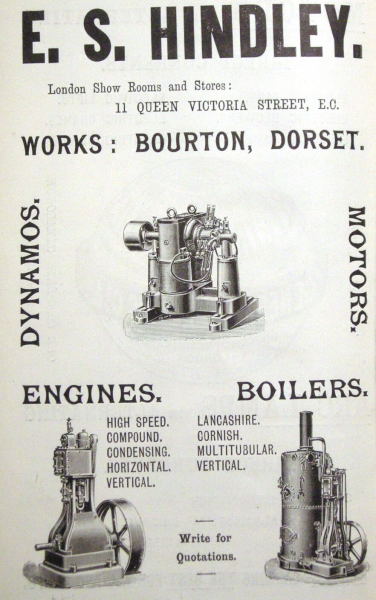 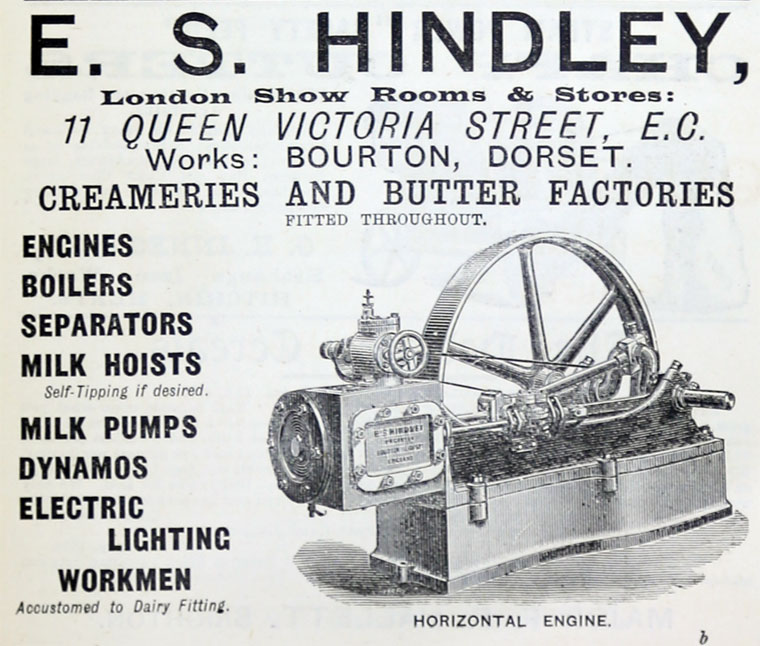 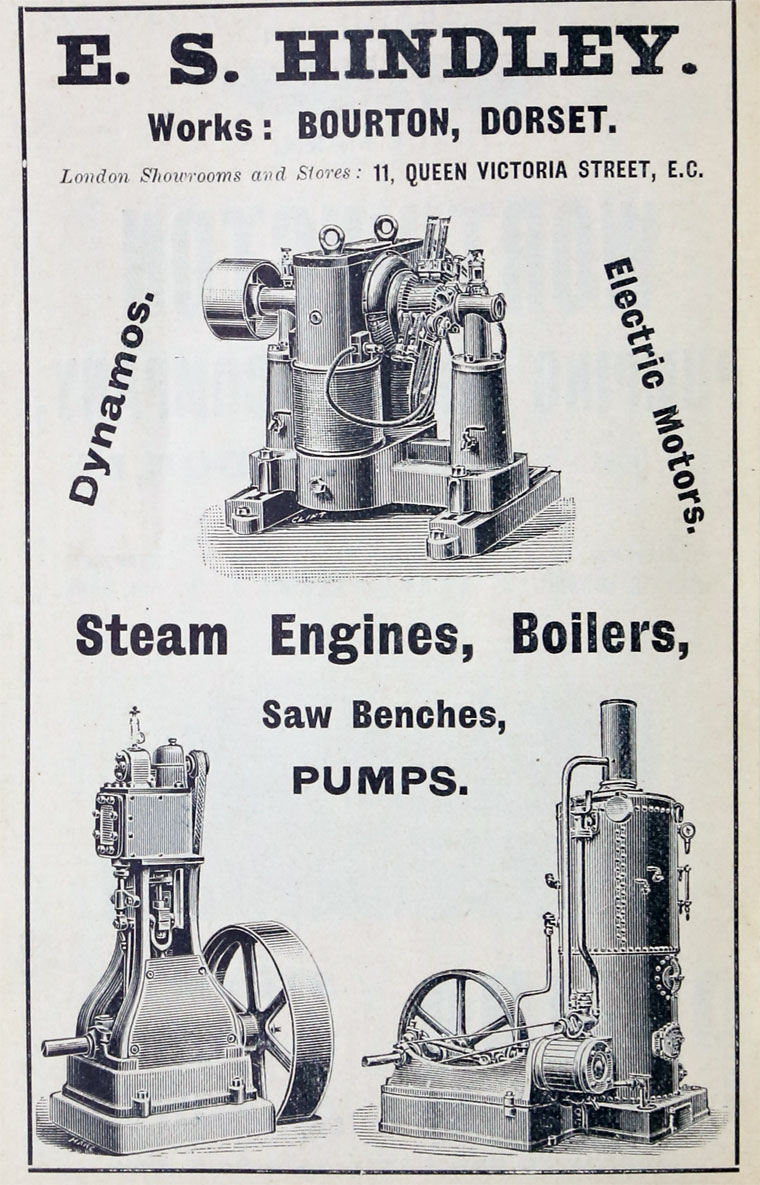 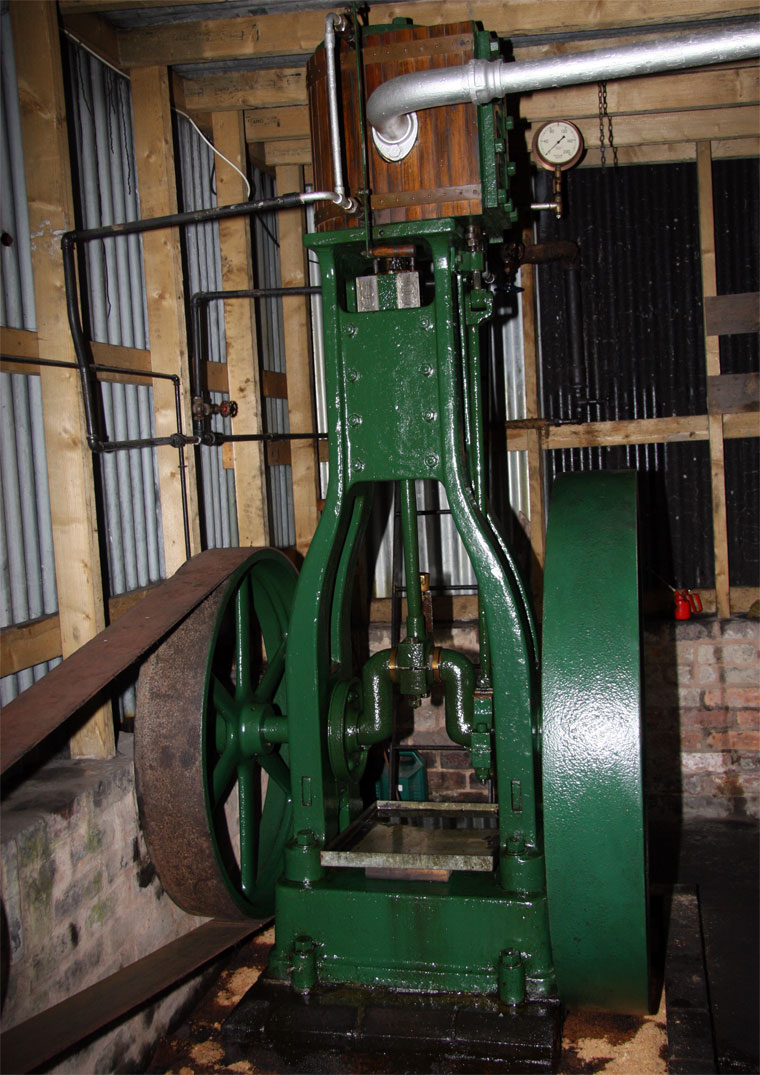 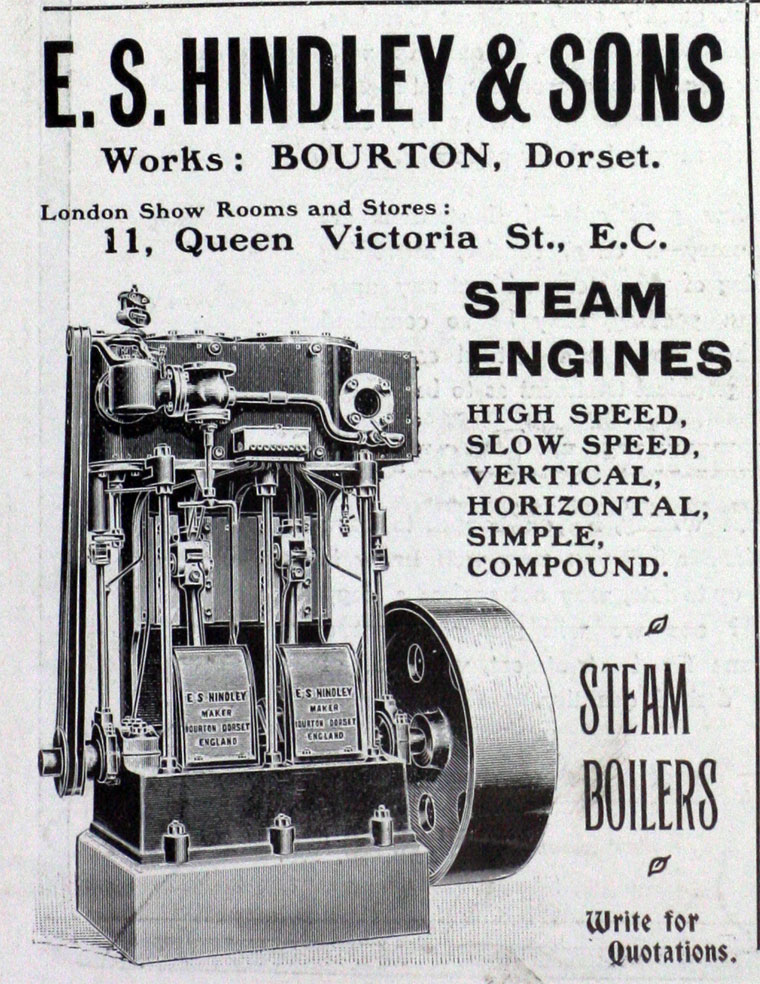 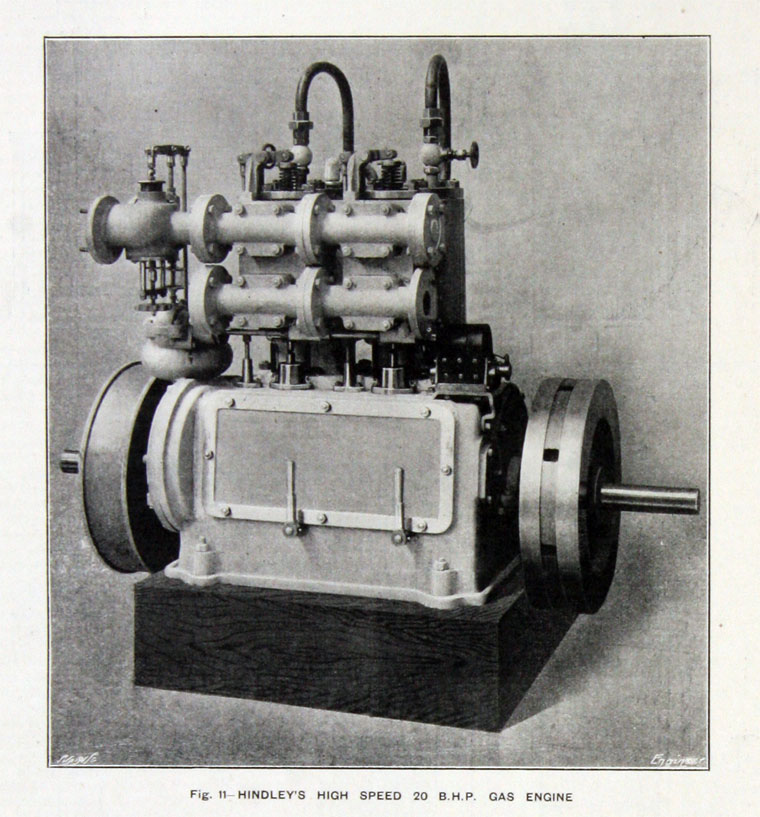 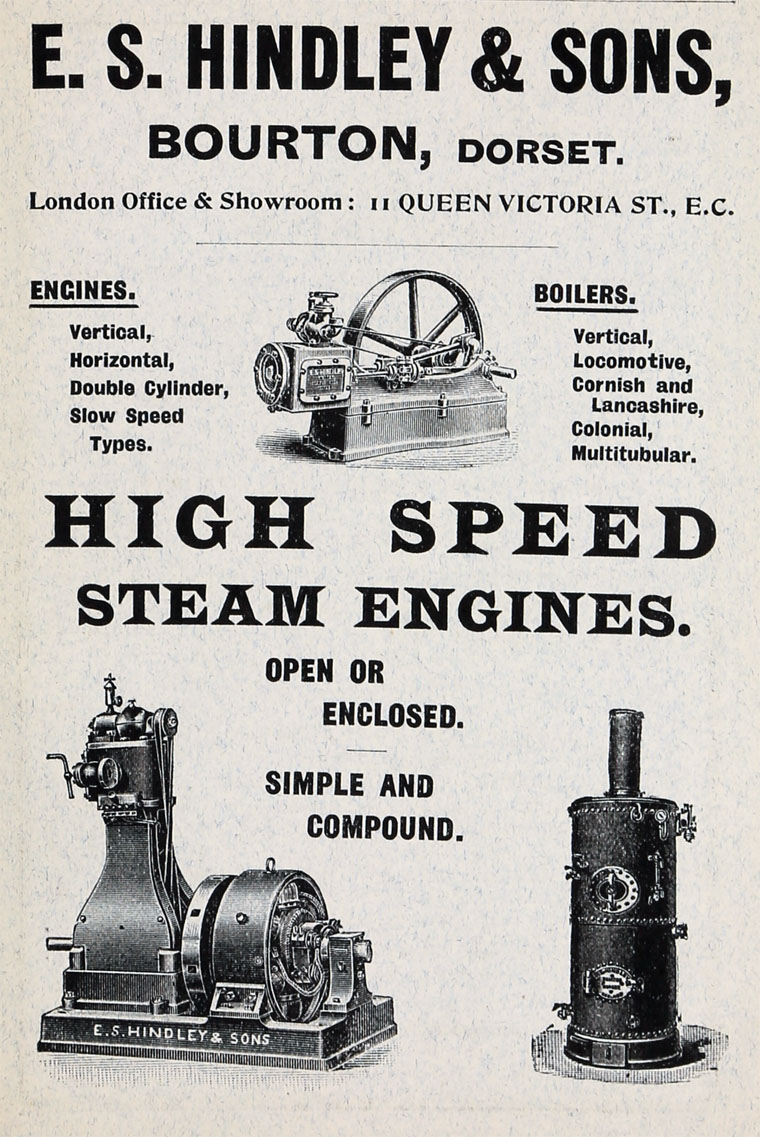 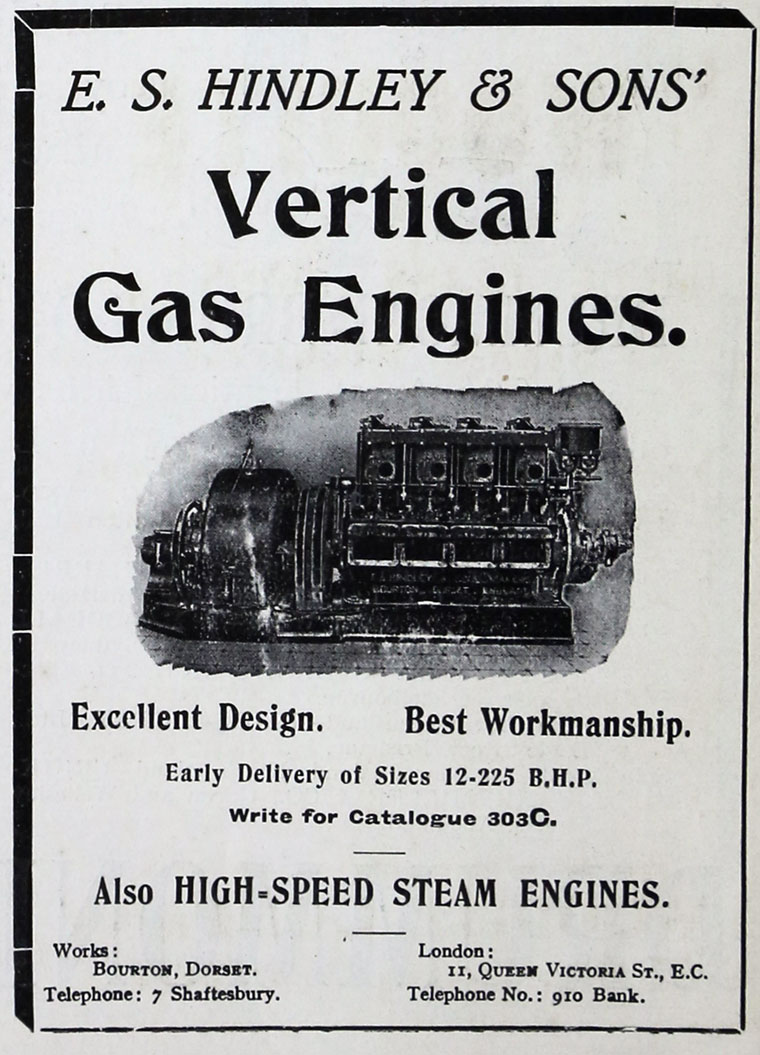 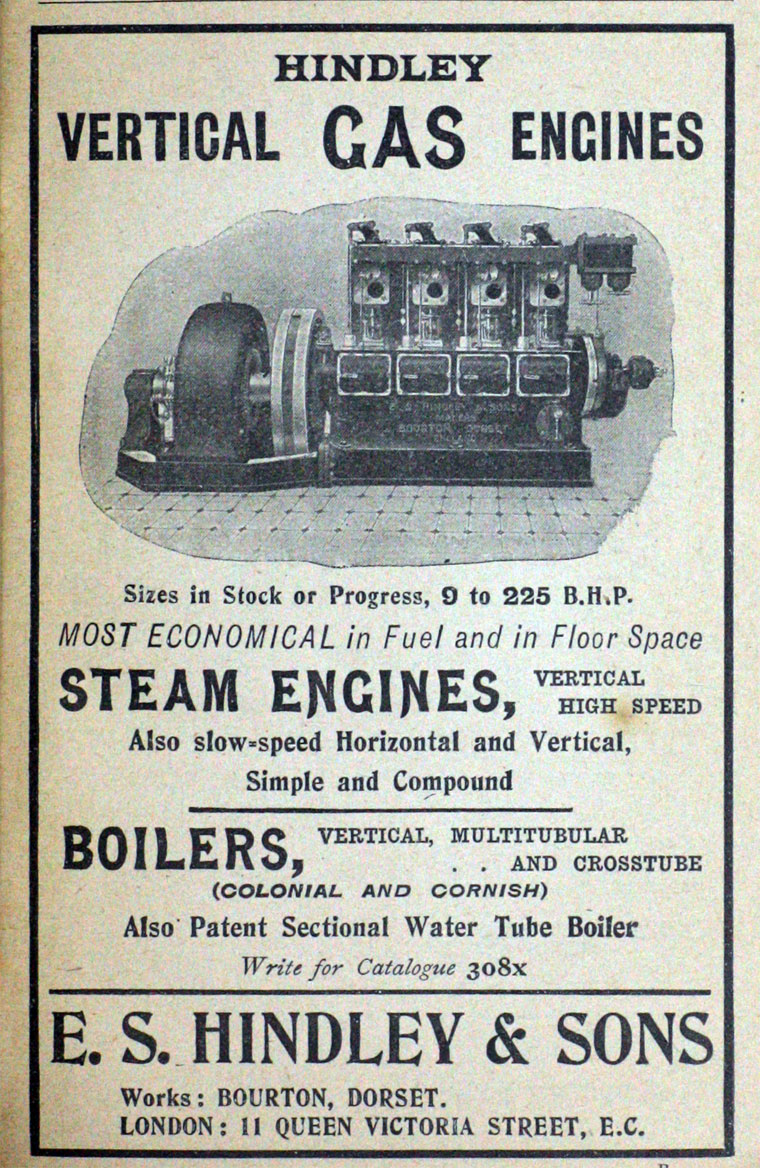 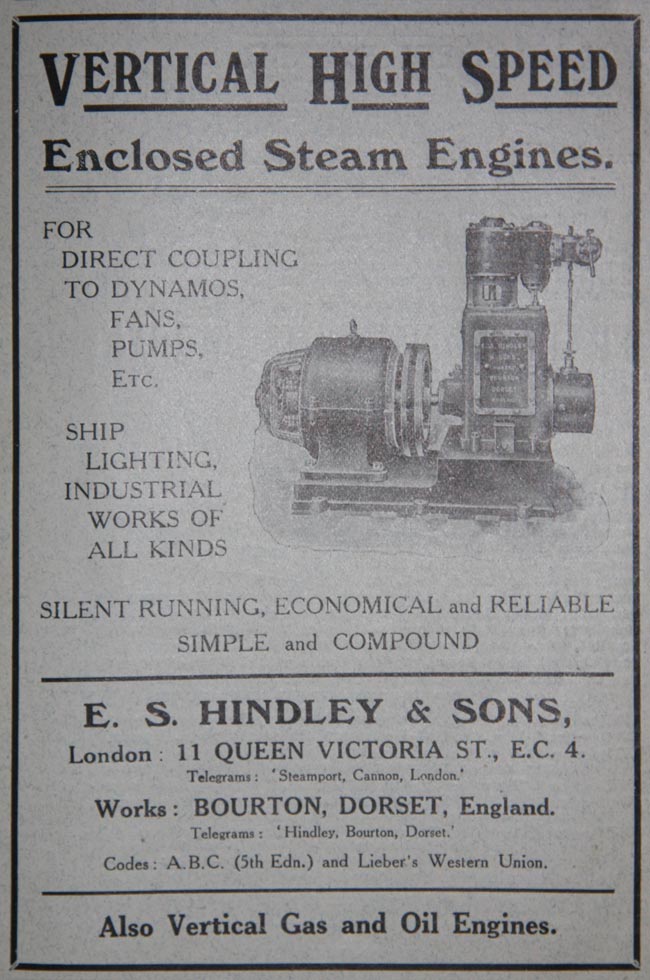 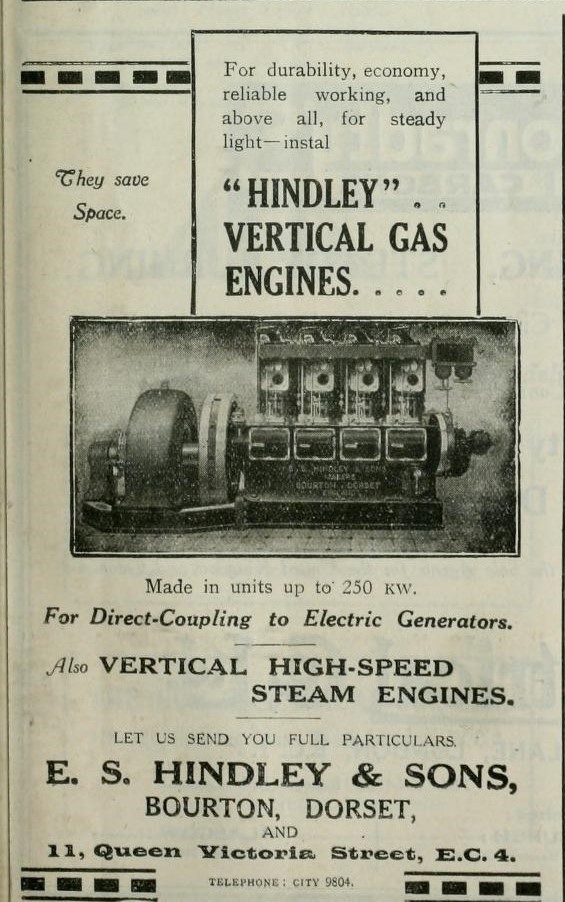 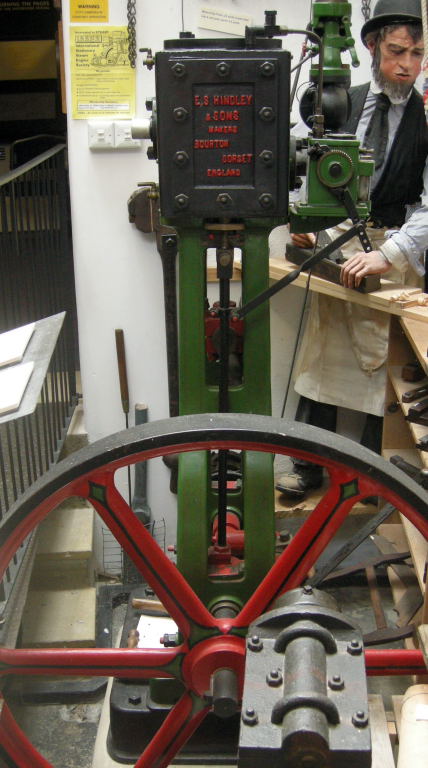 1876 Engine for the Gillingham Pottery, Brick and Tile Co. This engine has been restored and can be seen running on steam at Sherborne Steam and Waterwheel Centre (see photo)

1876 Exhibitor at the Royal Agricultural Show at Birmingham with a dozen small engines ranging from 1 to 5 hp. [1]

1880 E. S. Hindley of Bourton advertises a small engine and boiler for sale. [2]

1905 February. Details and illustrations of a light steam delivery van.[5]

1929 The company was bought by Alfred Dodman and Co