Grace's Guide is the leading source of historical information on industry and manufacturing in Britain. This web publication contains 148,135 pages of information and 233,678 images on early companies, their products and the people who designed and built them. 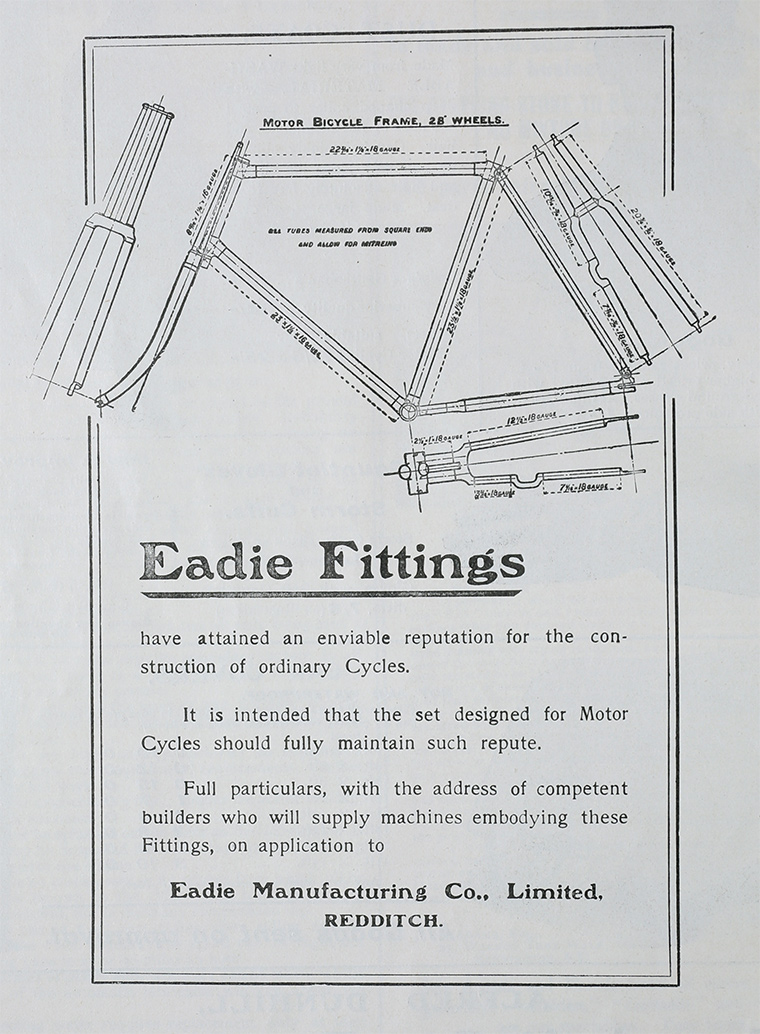 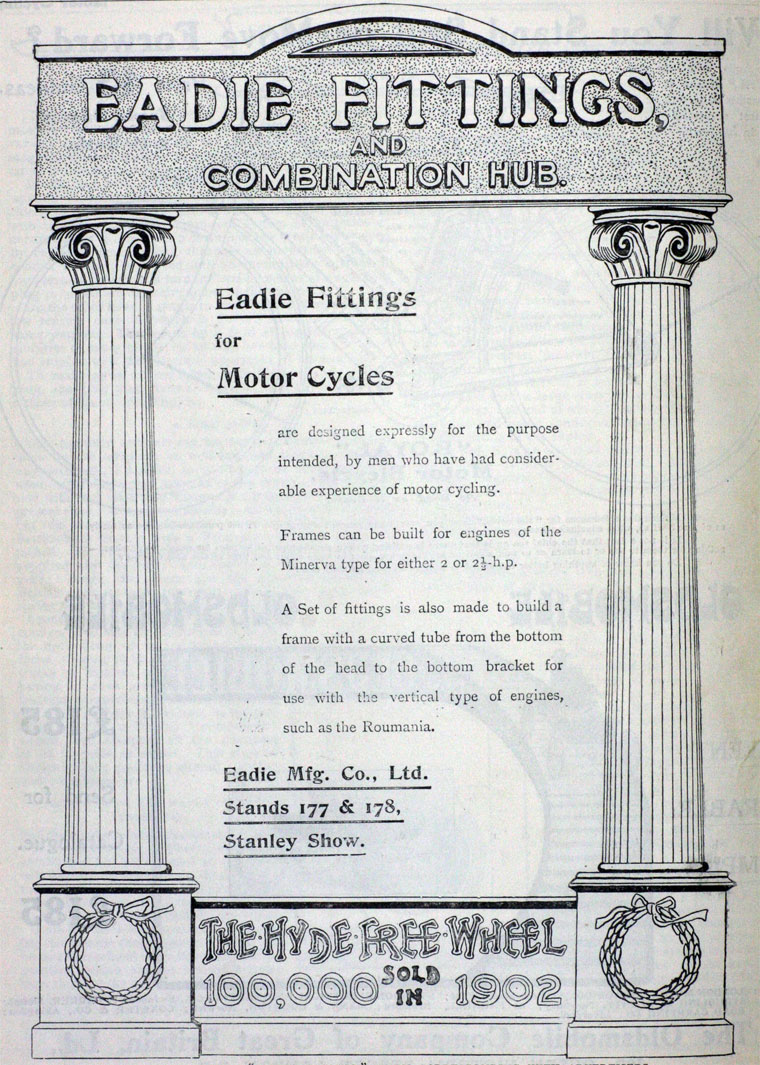 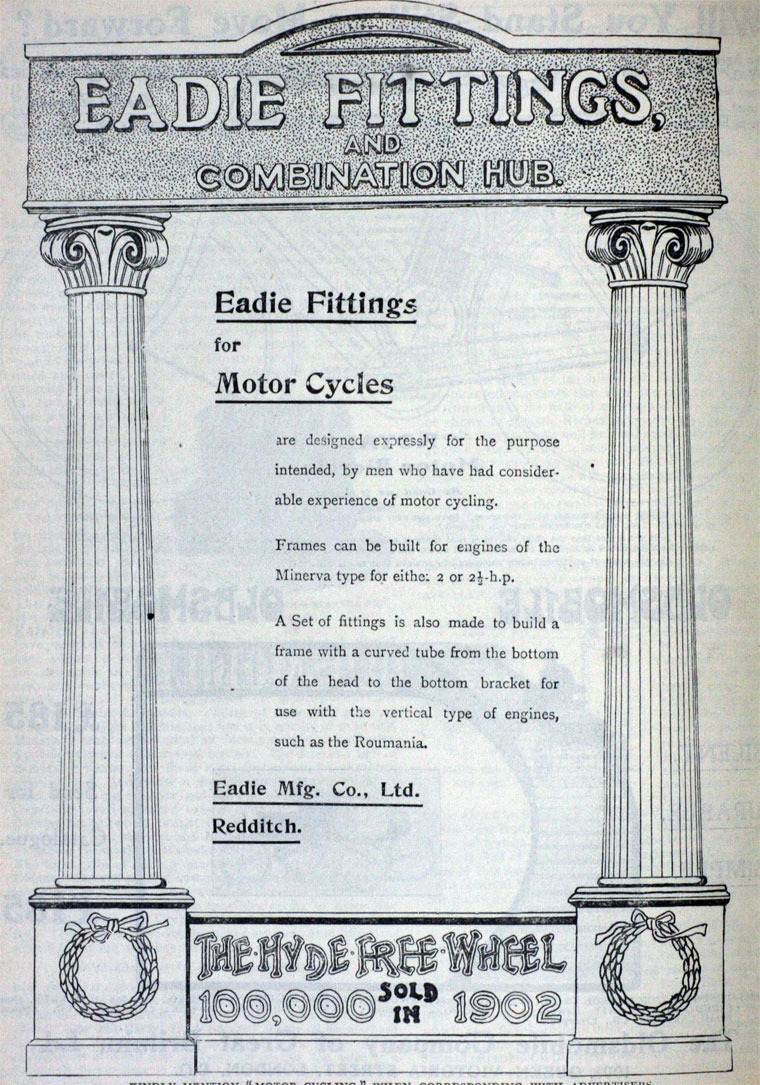 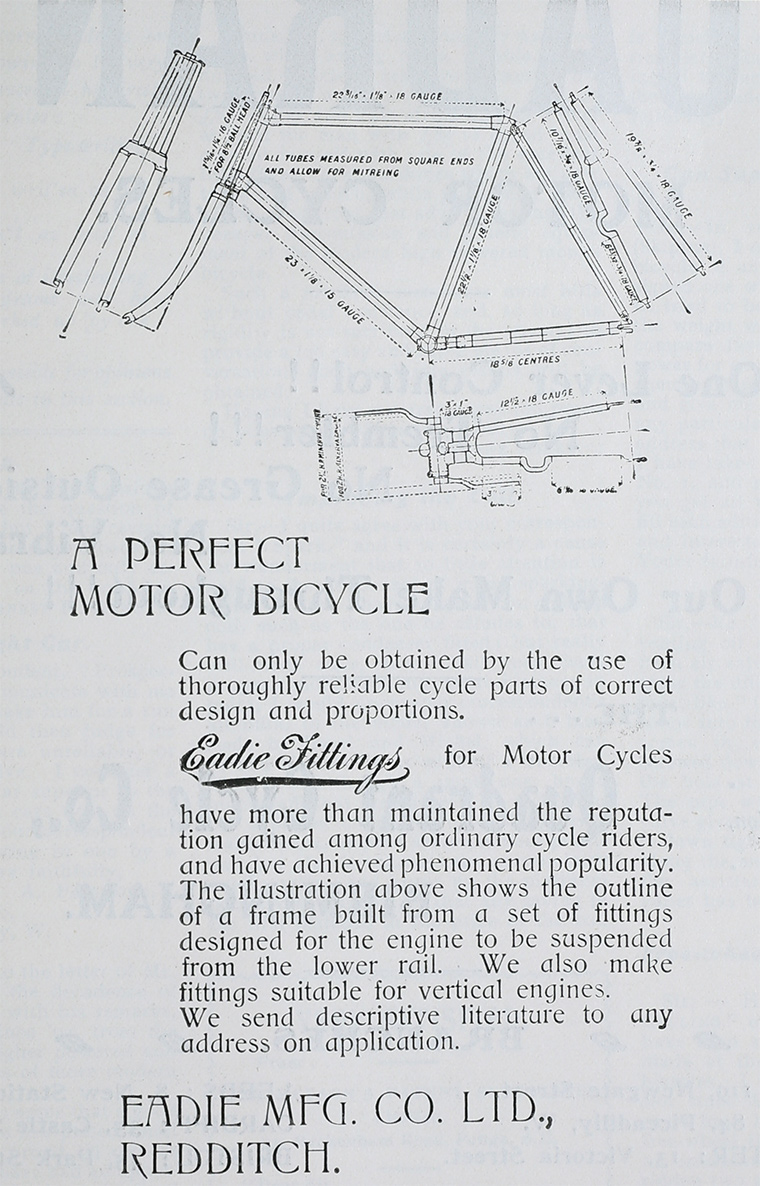 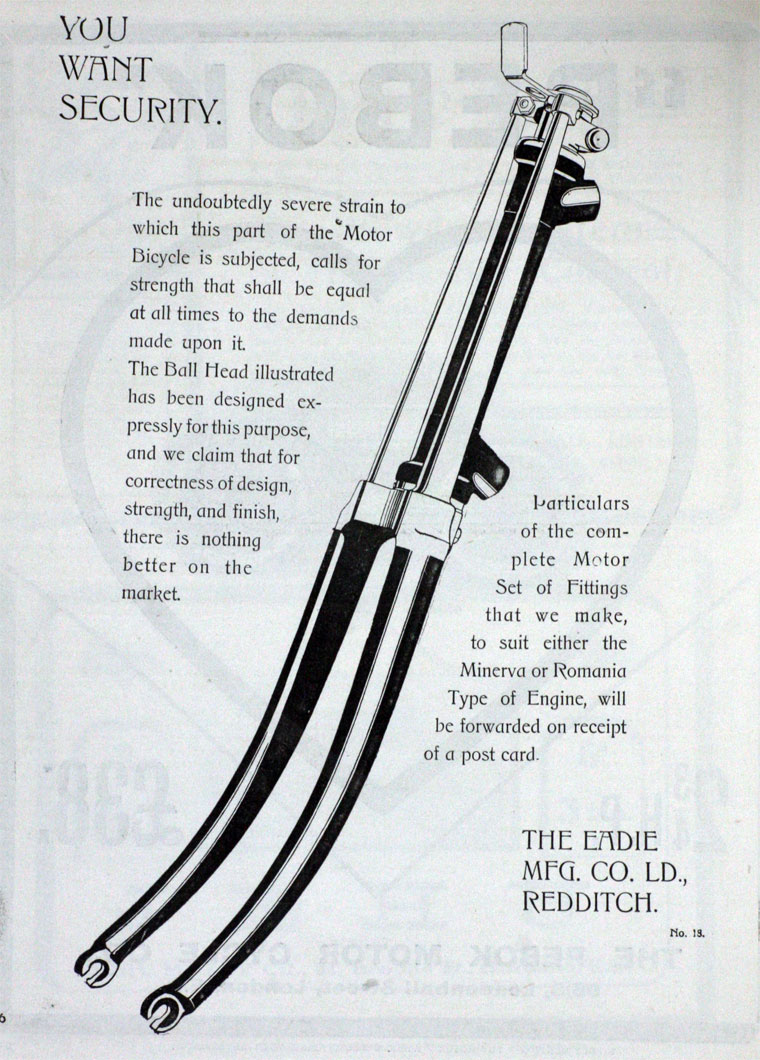 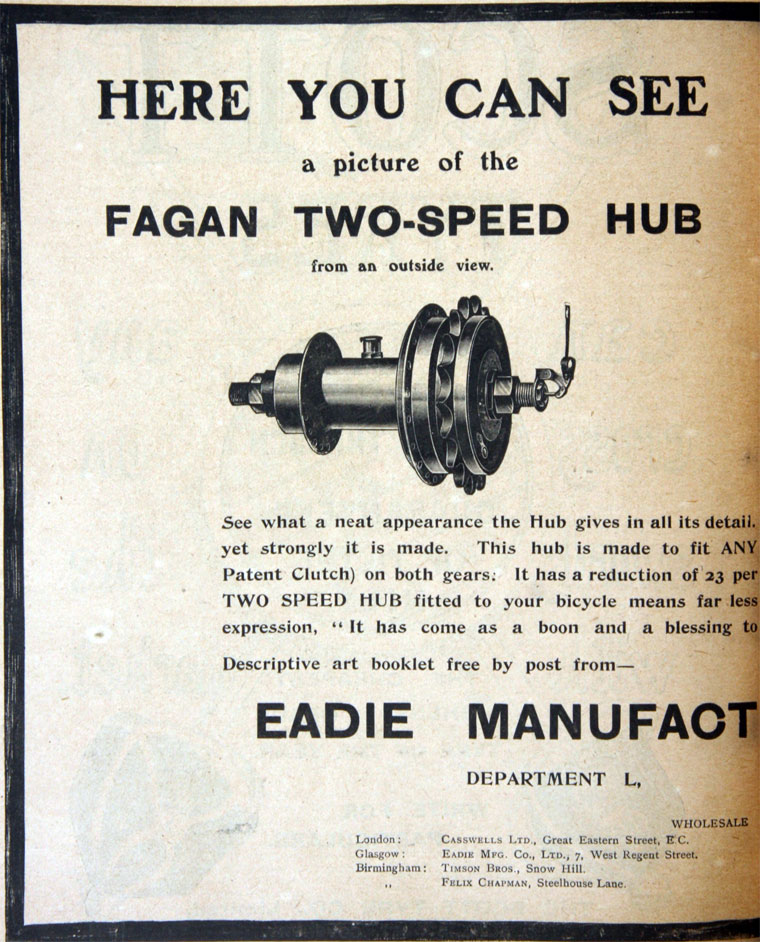 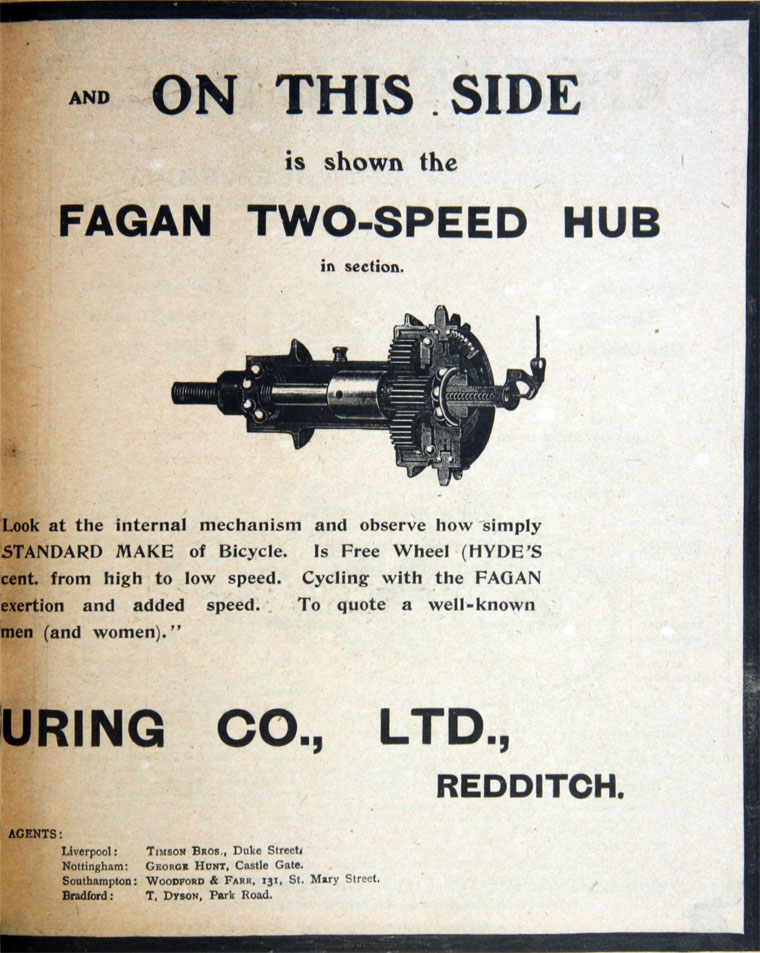 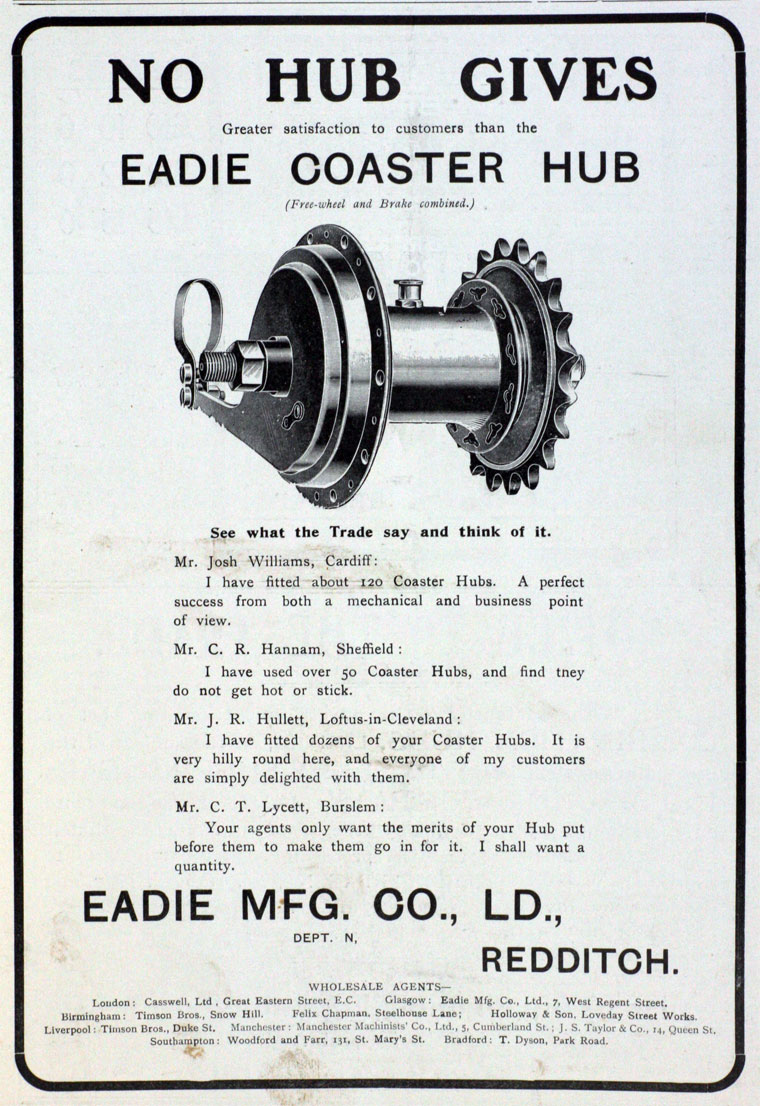 Eadie Manufacturing Co of Redditch, manufacturer of bicycles, rifle parts, and motorcycles from 1898 to 1900.

1892 The company was renamed as the Eadie Manufacturing Co; it produced sewing needles and bicycles. The company received a large contract to supply precision rifle parts to the Royal Small Arms Factory (Enfield). In celebration of this, they called their new bicycle the "Enfield".

1893 The word "Royal" (after the Royal Small Arms Factory) was added to the product name and thus the Royal Enfield began. Their trademark "Made Like A Gun" appeared in 1893.

By 1895 Eadie Manufacturing was a publicly quoted company[2].

1896 The New Enfield Cycle Company was registered on 1 July to take over from the Eadie Manufacturing Co certain works for cycle manufacture. [3]

1898 Albert Eadie adapted a quadricycle design by Royal Enfield to create a motorised tricycle powered by a 2.25hp De Dion engine. Also used Minerva and MMC engines. It proved to be popular but then slipped from sight as Royal Enfield progressed.