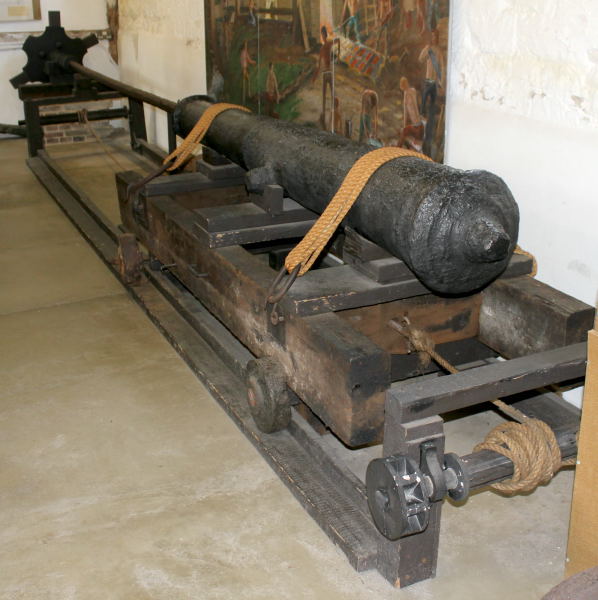 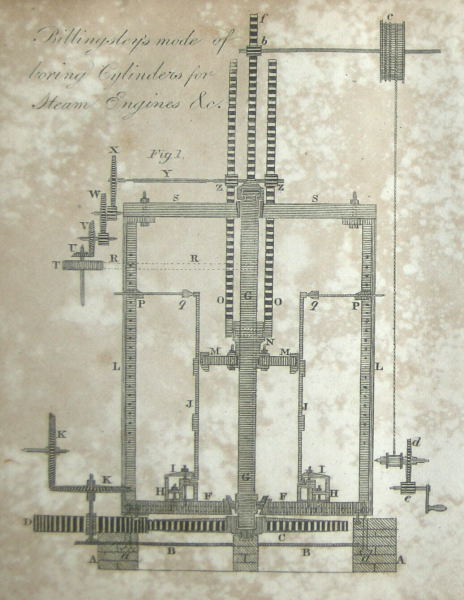 The development of machine tools for the accurate boring of engine cylinders, pumps, etc., was essential to the progress of the Industrial Revolution.

'Boring Mills' or 'Boring Engines' of various forms have been in use for centuries. Significant advances were made in the 18th century for boring cannon barrels. In particular, in 1715 Johan Maritz is credited with introducing an improved method of boring cannon from solid, in which the barrel was rotated against the boring and external turning tools. [1]

However, it was the demand for accurately bored steam engine cylinders in the late 18th century which stimulated major advances in the industrial field. James Watt could make no practical progress with his improved steam engines until John Wilkinson was able to produce large cast iron cylinders bored to an acceptable degree of accuracy in terms of diameter, roundness and straightness.

The list below provides links to firms or individuals who invented, made, or used boring mills before about 1830 (by which time rapid progress was being made in all fields of machine tool production). It some cases, a judgement has been made that firms referred to were using boring mills made before 1830, even though the only reference may be in a sale of the firm's equipment after that date. It is probable that nearly all of the early 19thC engine builders with their own foundries had their own boring mill, although little is known about them.

The gun barrel is a 16thC(?) cast iron demi-culverin of 4" bore, recovered fron Newhaven Harbour. The 11 ft long wrought iron boring bar was recovered from Stream Mill in Sussex. The steel cutters would have enlarged the bore from 2" to 5", the bar being intended for a larger barrel than the one shown. The design of the boring carriage and winches is speculative, but the carriage wheels date from c.1717, and were found at Pippingford Park.

Newcomen engines were introduced in the early 18thC, and their cylinders required smooth, round bores, as did the barrels of pumps. Little is known about the nature or extent of use of boring machines for this purpose. In some cases the cylinders were not bored at all, but laboriously finished by manual work.

It is likely that early cylinder boring machines followed gun barrel boring practice (as applied to cored rather than solid cast barrels). It is also likely that the journey of the boring tool was strongly dependent on the geometry of the as-cast hole. We do have an account of a boring bar ordered by Richard Ford to be made by a Bristol anchor smith for the new boring mill of the Coalbrookdale Co in 1734[2]. It was described as a 'wrought-iron spindle 12 feet long and full 3 inches in diameter; one end to be left square for 6 inches, and the remaining 10[?] feet to be left round, but to be as true as may be, and to be made of right tuff iron and right sound.'. The company had previously experienced frequent problems of breaking of cylinder boring bars, so preusmably those were made of cast iron. Requiring the bar to be 'as true as may be' seems to imply that a cutting head was traversed along the bar.

In 1924 E. A. Forward wrote 'The Early History of the Cylinder Boring Machine'[3]. He states that the best record of an early engine cylinder boring mill relates to one erected in 1769 by John Smeaton for the Carron Co. This machine was by no means satisfactory, and it fell to John Wilkinson at Bersham, c.1775, to introduce a machine in which a large rotating boring bar passed through the axis of the cylinder, supported in bearings which allowed the bar to be rotated by water power. The sliding cutting head was a close fit on the boring bar and rotated with it, while being moved along axially by means of a rack. It follows that the accuracy of the bored cylinder was critically dependent on the straightness and truth of the bar and the quality of fit of the cutting head upon it.

Other makers copied Wilkinson's principle, and various improvement were introduced, including the use of gear-driven leadscrews instead of racks, with self-acting feed.

The horizontal boring mills had various inherent defects of principle, in that their own weight, compounded by the applied clamping force, potentially caused distortion which could manifest itself when the cylinder was set in its vertical operating position. There was also the potential effect of the boring bar sagging under its own weight, and the tendency of borings to accumulate in the bottom of the cylinder. Peter Ewart aimed to address these problems with his design for a vertical machine for Boulton and Watt, but Watt discarded the design in favour of a horizontal machine. In 1802 M. Billingsley produced and patented a vertical mill. This was of all metal construction, apart from the masonry base.

Despite their importance, there are few illustrations of early boring mills. Even those illustrations leave too many questions unanswered.