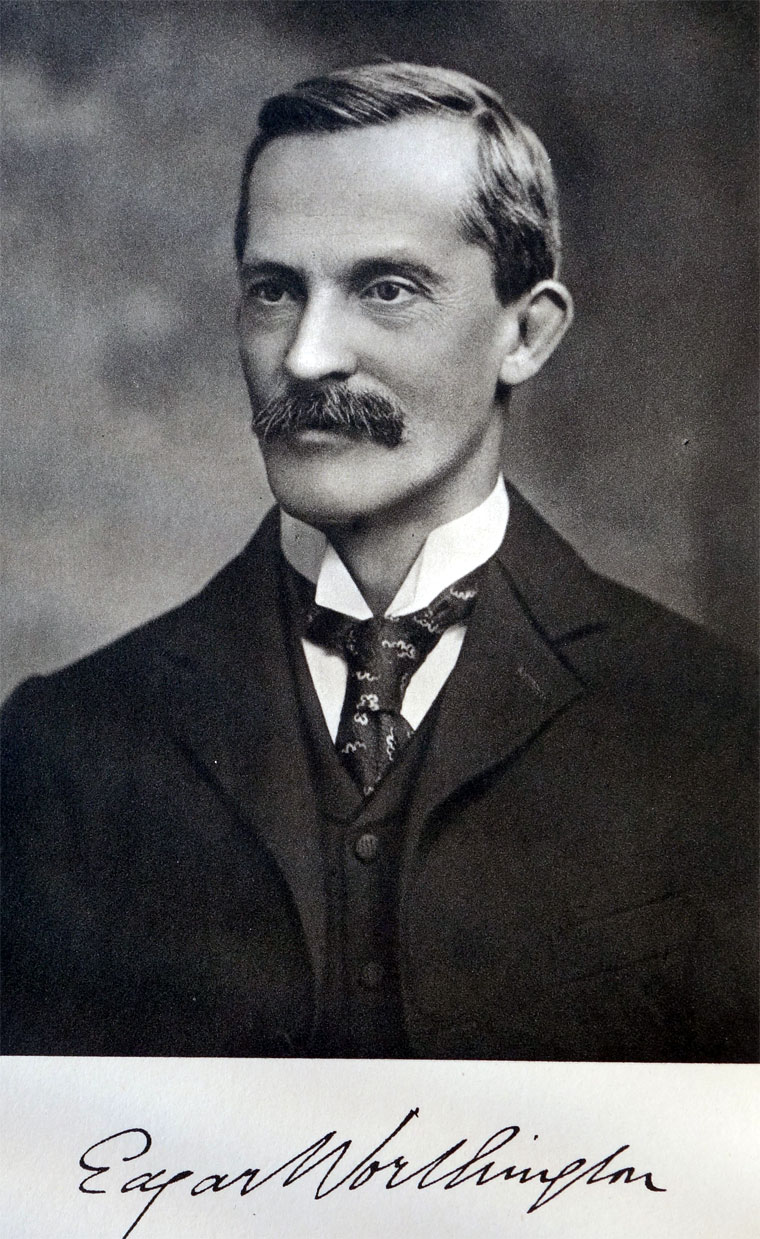 EDGAR WORTHINGTON will be remembered by a wide circle of engineers for his work for the Institution, of which he was Secretary for twenty-two years. He was elected a Member in 1888 and was appointed Secretary in 1898, and he held this position until 1920, when he retired owing to failing health.

Mr. Worthington was born at Lancaster in 1856, and received his technical education at Owens College, Manchester, later becoming a graduate of Victoria University.

He served his apprenticeship from 1875 to 1878 at the Crewe works of the London and North Western Railway, under the late Mr. F. W. Webb, M.I.Mech.E., and was subsequently employed on the erection of machinery at Holyhead docks, and, in 1880, on the erection of a locomotive shed at Colwick. He was then appointed an assistant works manager at Crewe.

A year later he went to the United States and joined the Pennsylvania Railroad at Altoona, and later became leading draughtsman at the Rhode Island locomotive works at Providence. He also contributed to the technical press of the United States at that period.

On his return to England in 1883 he again spent a short time as assistant manager at Crewe works and in 1885 was appointed chief assistant engineer to Messrs. Beyer, Peacock and Company, Manchester.

In 1888 he read a notable paper on compound locomotives before the Institution of Civil Engineers. He was responsible for the design of locomotives and workshop improvements, and in connexion with the firm's business he travelled extensively in every continent. He made frequent reports on steel works and machine tools, including the mechanical exhibits at the Chicago Exhibition of 1893.

Notable Summer Meetings held during his secretaryship of the Institution were the Chicago meeting in 1904, the joint meetings with the American Society of Mechanical Engineers in Birmingham and London in 1910, and the Paris meeting of 1914 when the Institution was entertained by the Societe des Ingenieurs Civils de France.

The removal of the Institution offices from Victoria Street to the present building at Storey's Gate took place in 1899, the year following Mr. Worthington's appointment as Secretary, and in 1913 the new wing in Princes Street was opened. In the latter year also the work of revision of the By-laws to establish the Institution examinations was brought to fruition. As a result of these developments, to each of which Mr. Worthington gave so much attention, great impetus was given to the growth of the Institution.

Mr. Worthington was also a Member of the Institution of Civil Engineers.