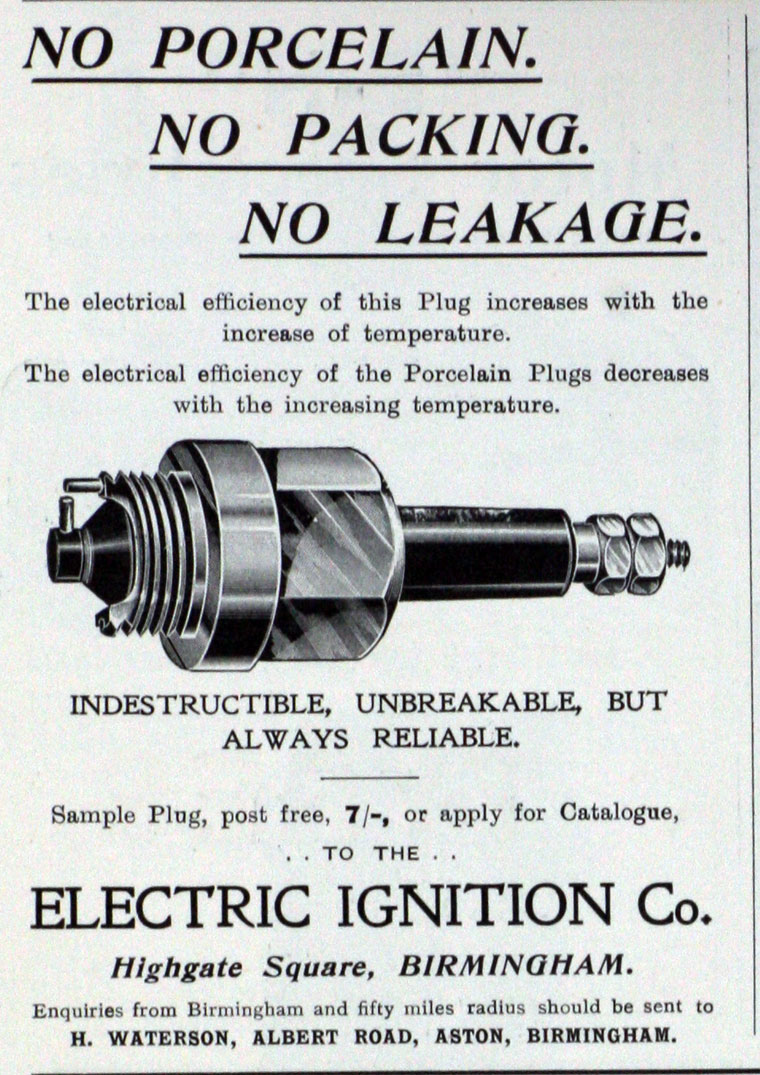 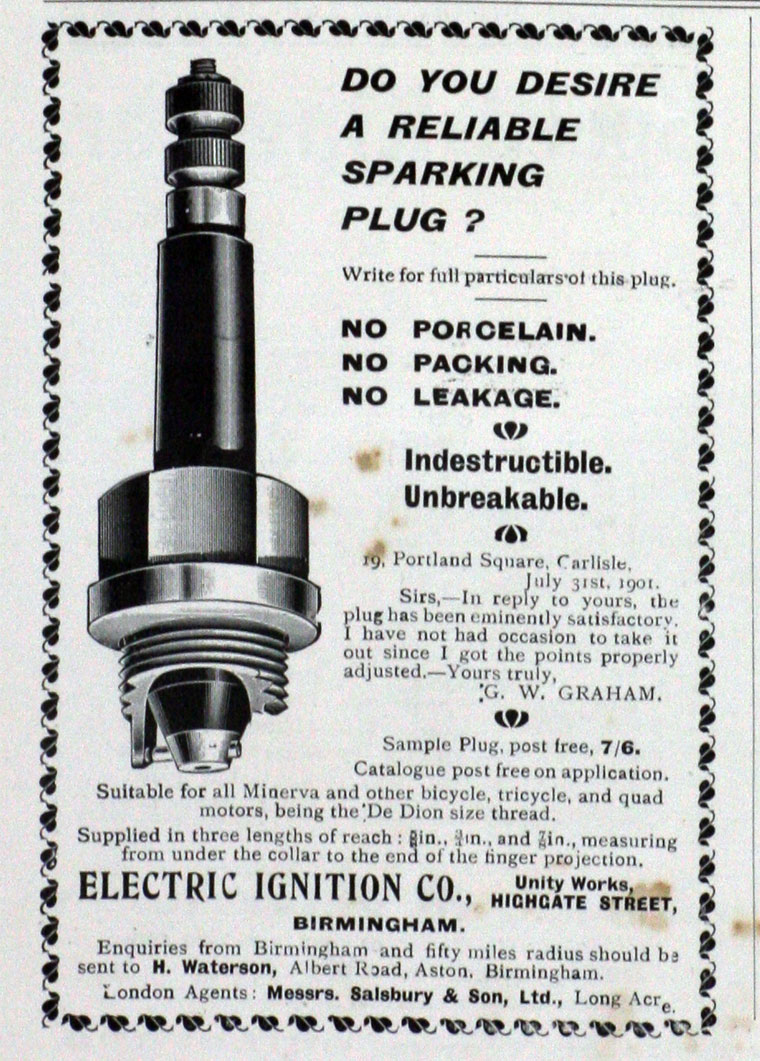 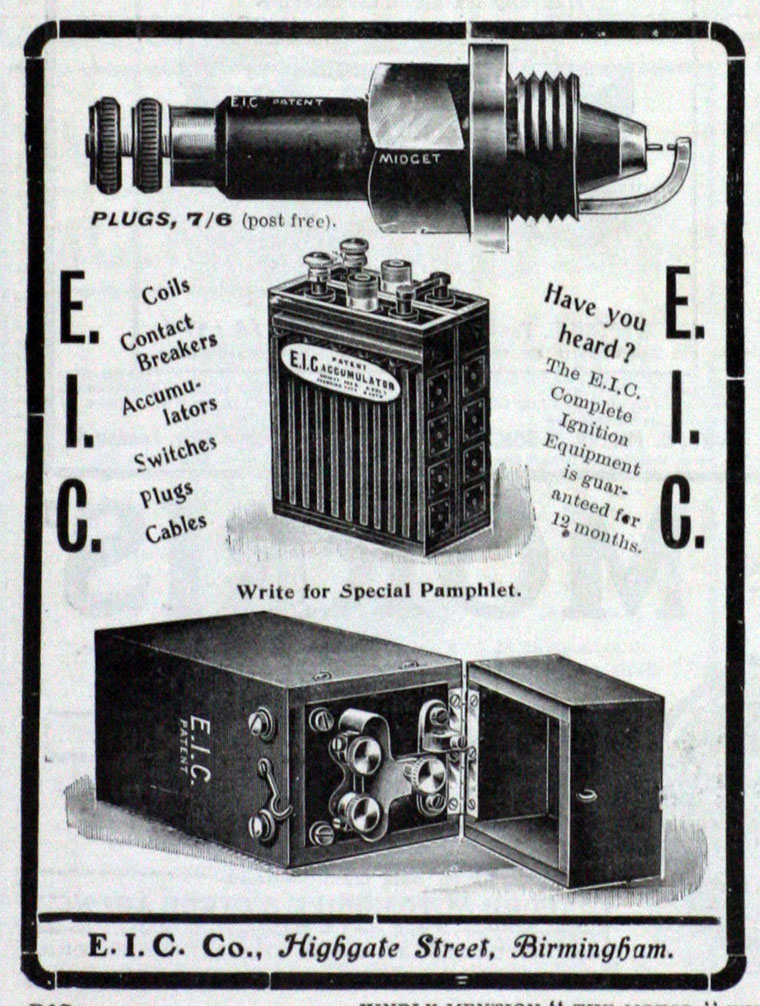 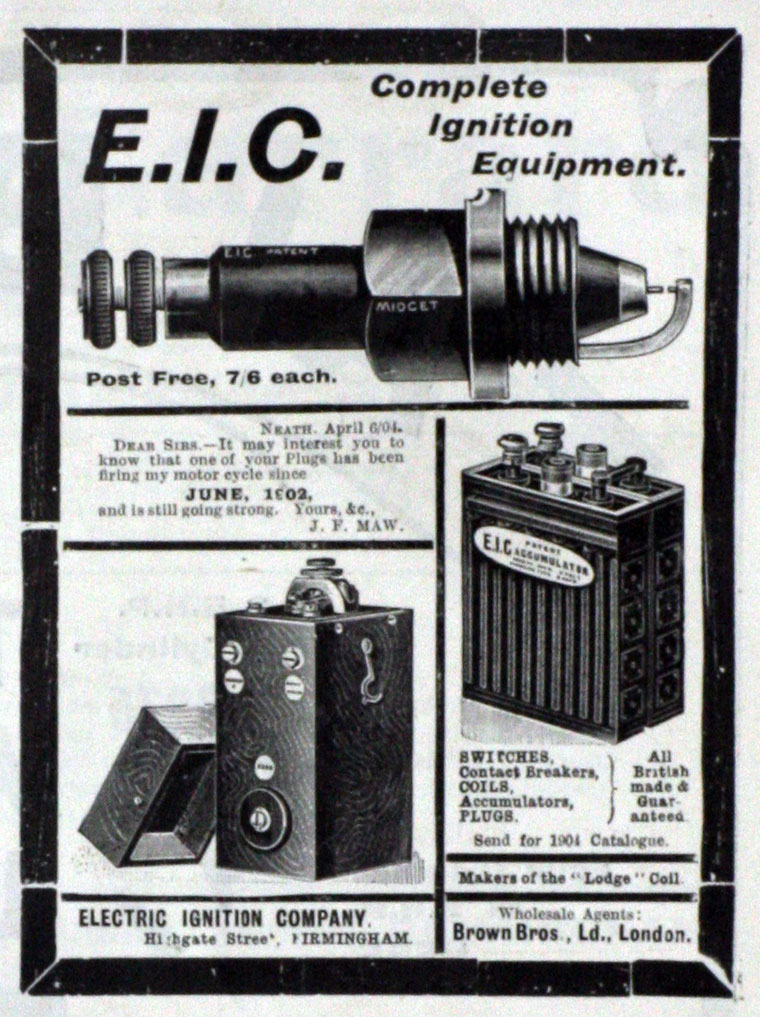 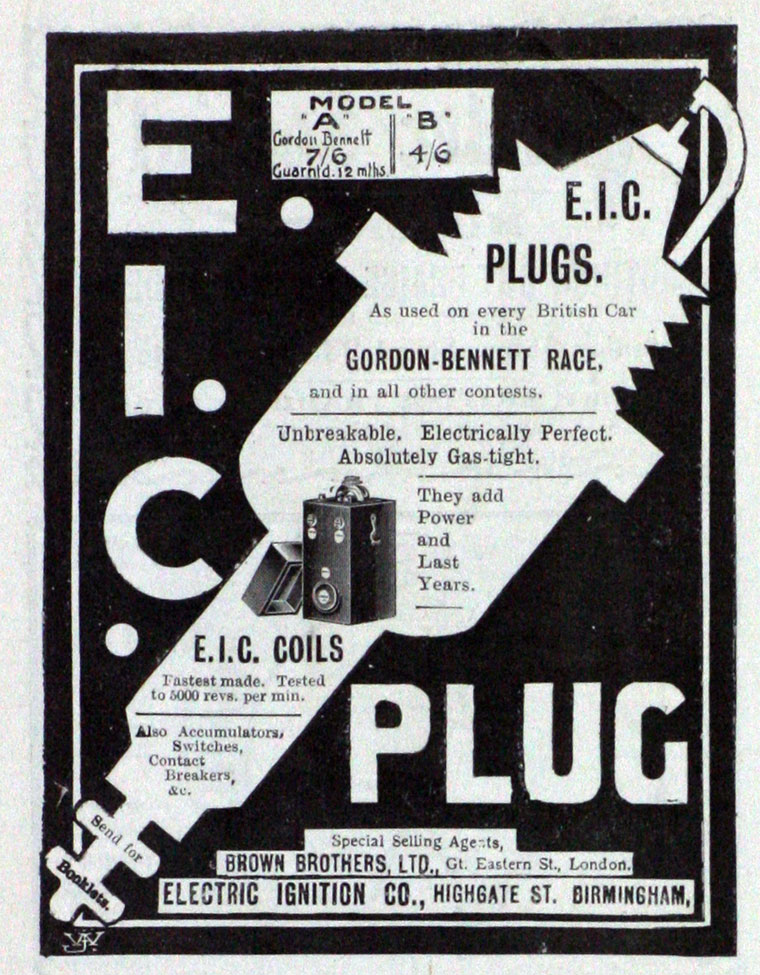 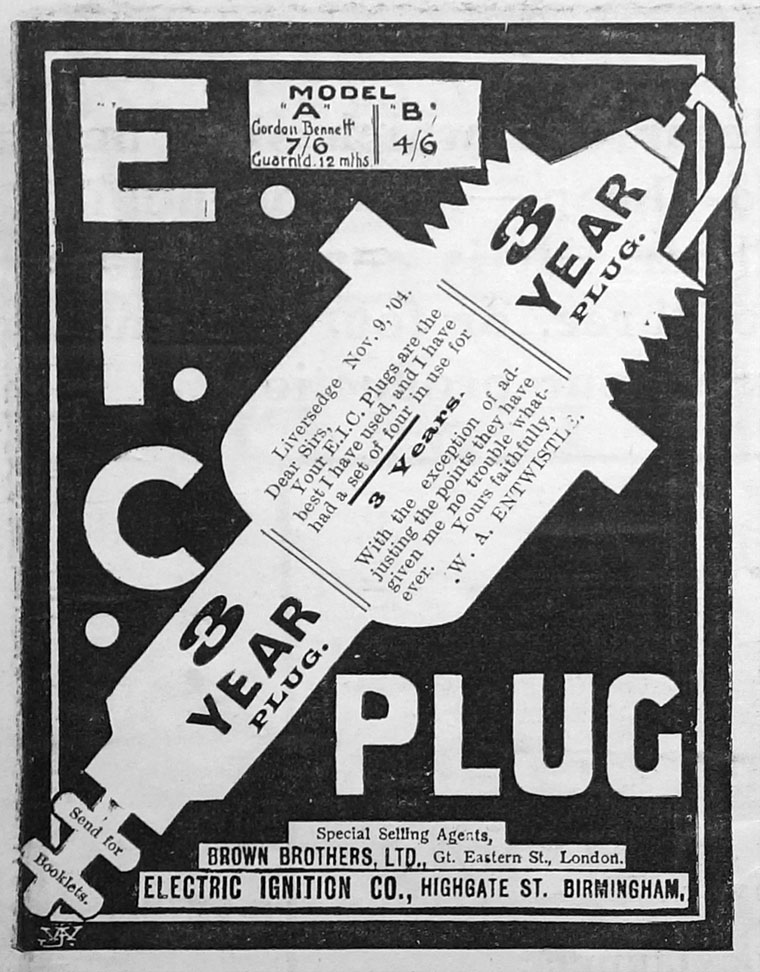 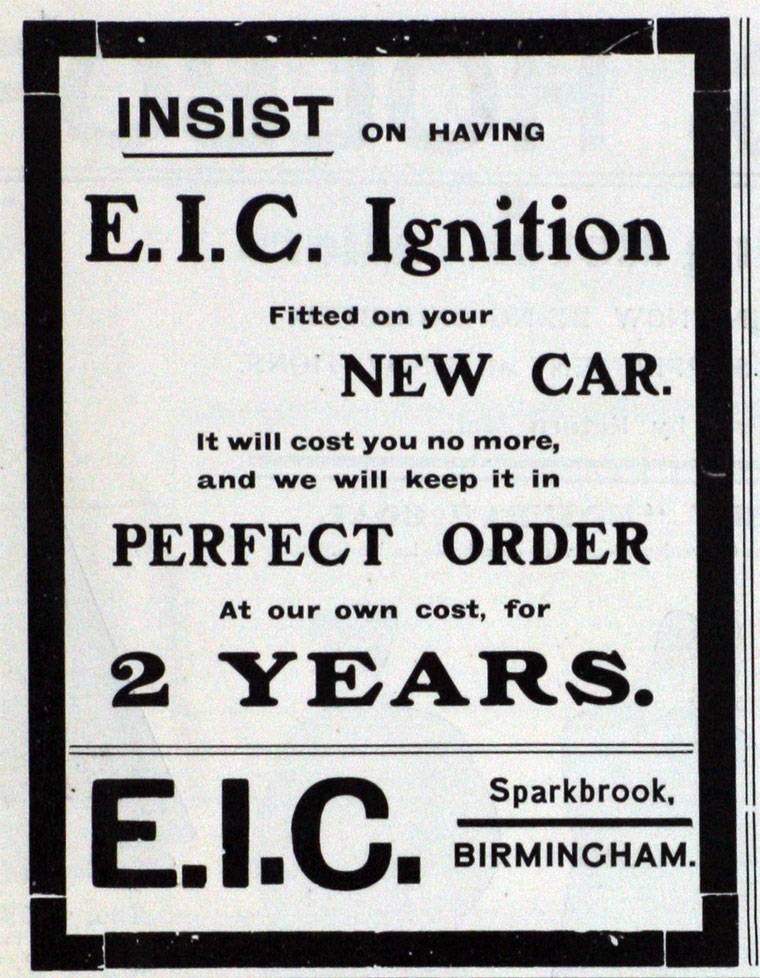 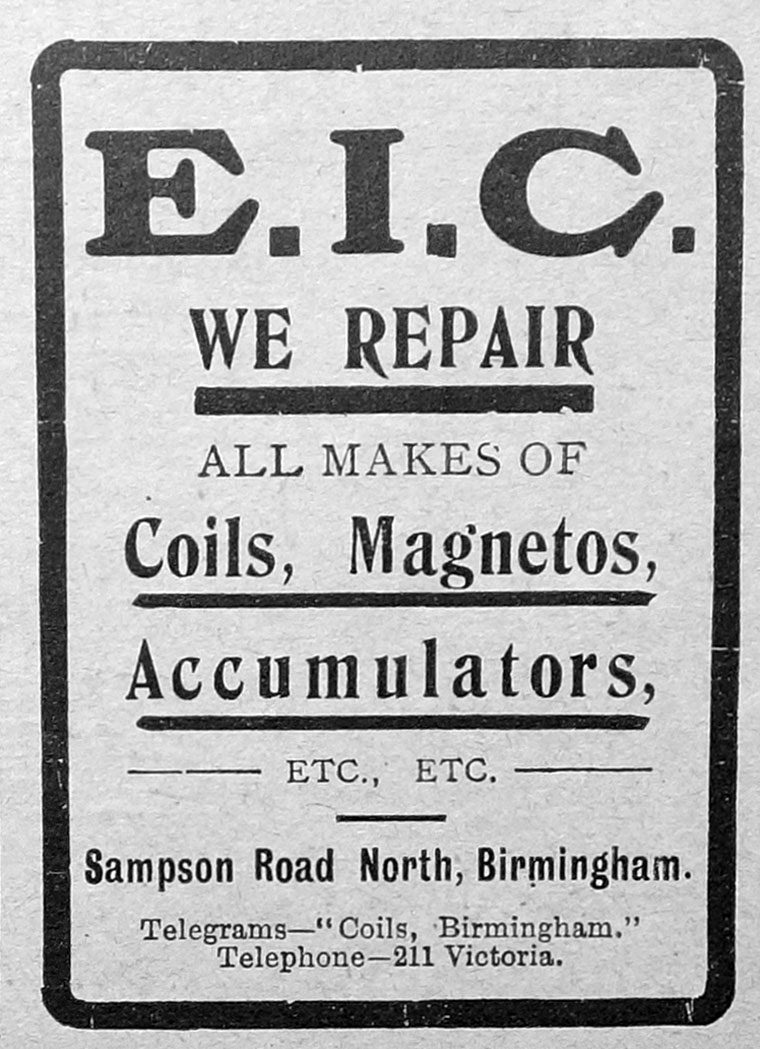 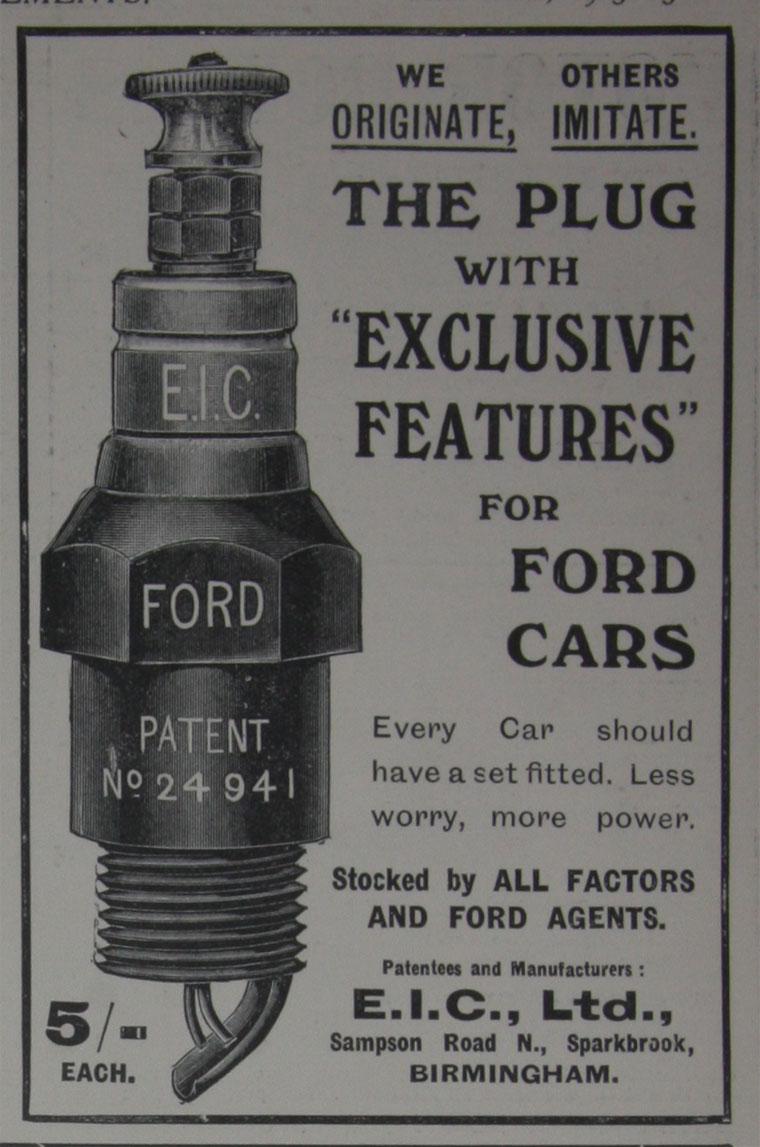 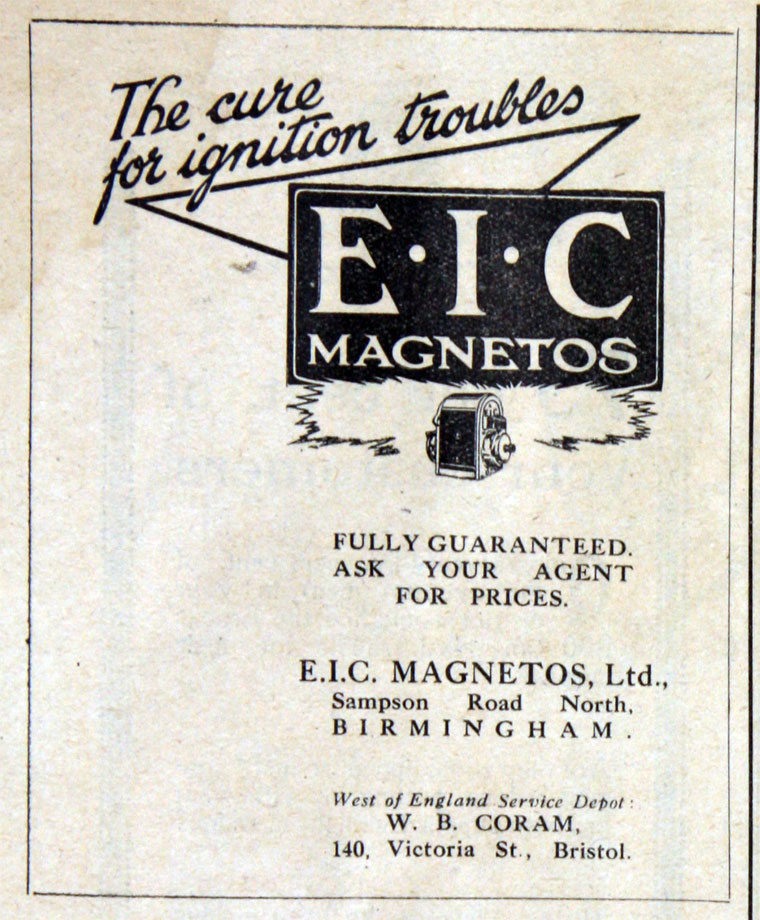 By 1901 The Electric Ignition Co was in operation (see advert)

1904 J. A. Thomson met Peter Bennett, then manager of the Electric Ignition Company of Birmingham

By 1922 was known as EIC Magnetos Ltd

1925 following the death of the majority shareholder the business was offered to Lucas who purchased it for about £35,000.