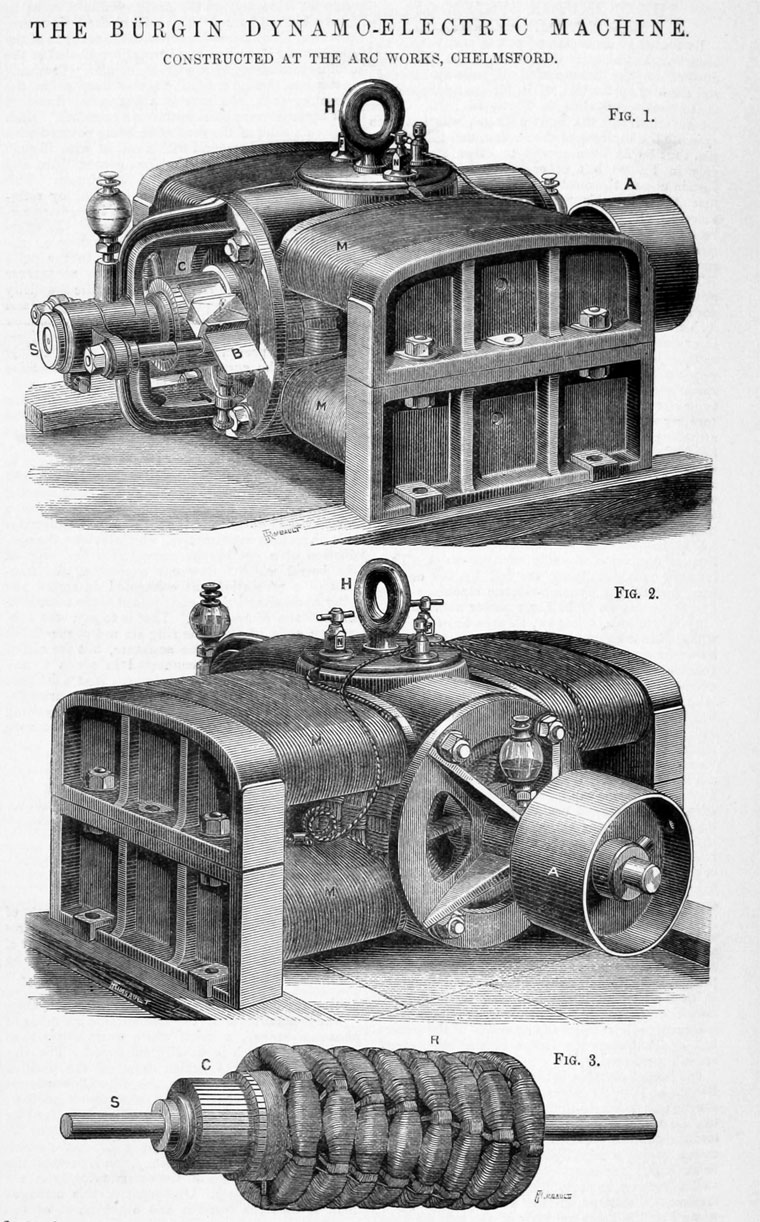 Served an apprenticeship in the Socin and Wick engineering works. Studied at the Swiss Federal Polytechnic in Zurich. Went to Paris as a machine fitter and attended scientific lectures at the Conservatoire National des Arts et Métiers in the evenings. Moved to Winterthur to work for Charles Brown and produced a locomotive with magnetically-assisted adhesion.

In 1875 he developed a DC machine and a self-regulating arc lamp, which were built under licence from (by?) R. E. Compton & Co, Arc Works, Chelmsford.

He then went to Geneva for the Societé de Construction d'appareils de physique (SIP) , where he and his apprentice René Thury developed an electric mine igniter as a hand-operated DC dynamo based on plans by Théodore Turrettini.

1876 Demonstrated an ice machine built by R. Pictet & Co. in Geneva at the World Exhibition in Philadelphia and then built an ice cream factory in New York, where he married Ella Turner. He then managed the construction of numerous ice machine systems in Southern Europe.

1881 Started manufacturing machines and equipment in Basel in partnership with Ludwig Rudolf Alioth. Company moved to Münchenstein, and shortly after Burgin left the business to his partner and founded the Riehenteich in Baselan ice factory.