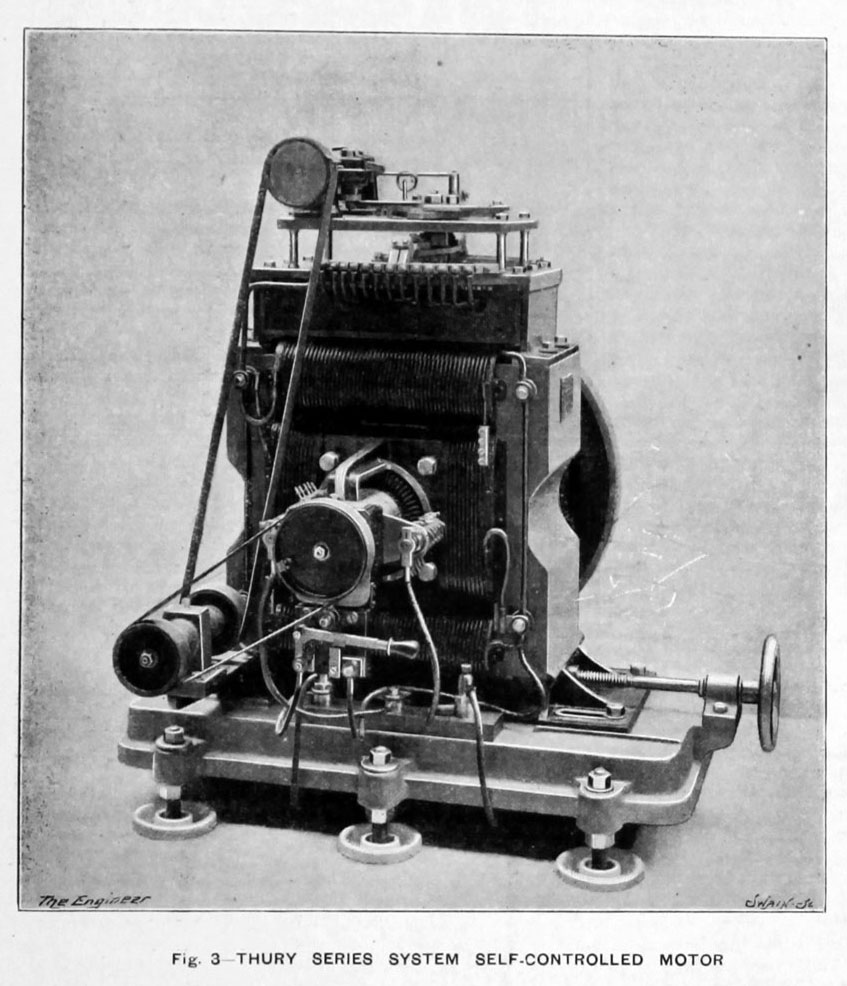 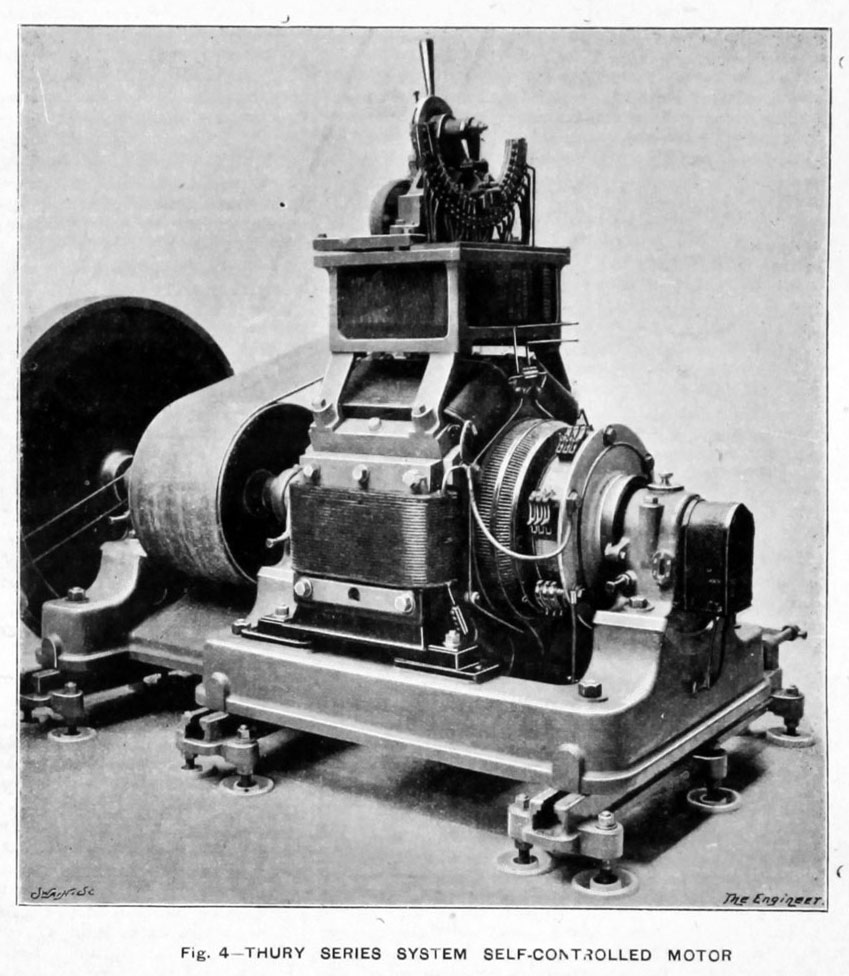 René Thury (August 7, 1860 – April 23, 1938) was a Swiss pioneer in electrical engineering. He was known for his work with high voltage direct current electricity transmission and was known in the professional world as the King of DC.

1874. René became an apprentice at Société Instruments Physiques (SIP), a precision machine building firm in Geneva working working for Emil Burgin who made refinements to the dynamos of Zénobe Gramme.

1876. Burgin left SIP. Thury became his successor. He was also served as a laboratory technician of Prof. Jacques-Louis Soret at the University of Geneva. Soret had acquired a Burgin dynamo placing it in series with batteries, and Thury secretly devised a means to make the batteries superfluous.

1877. Built a steam-powered tricycle, along with a medical student Jean-Jacques Nussberger who financed the project. It could reach 50 km/h and would be one of the first Swiss built cars.

1880-1881. Some Swiss and German financiers were investigating financing a concession to build Edison company equipment and as part of this, Thury spent 6 months visiting the Menlo Park labs of Thomas Edison. Thury was impressed with the latitude that Edison's researchers were given to pursue their ideas and developed a friendship with Edison. He gained many insights, but also came to the conclusion that Edison's Dynamos could be significantly improved. Back in Geneva, he directed the fabrication under SIP licence of Edison and Gramme dynamos.

1882. Thury built a six pole dynamo to this design that yielded a much more compact dynamo than those of Edison.

1883. He later worked briefly for Bürgin and Alioth, and then changed as technical director for the A. and H. de Meuron Cuénod, where he designed his multipole dynamo for which he was awarded a patent.

1884. Turin: Exhibits multipole dynamo, where he won the gold medal.

1904. Thury produced a petrol-electric parallel hybrid vehicle (see Thury), whose all electric range was 40 km with a 550kg battery, or 5km with a 150kg battery.[1]