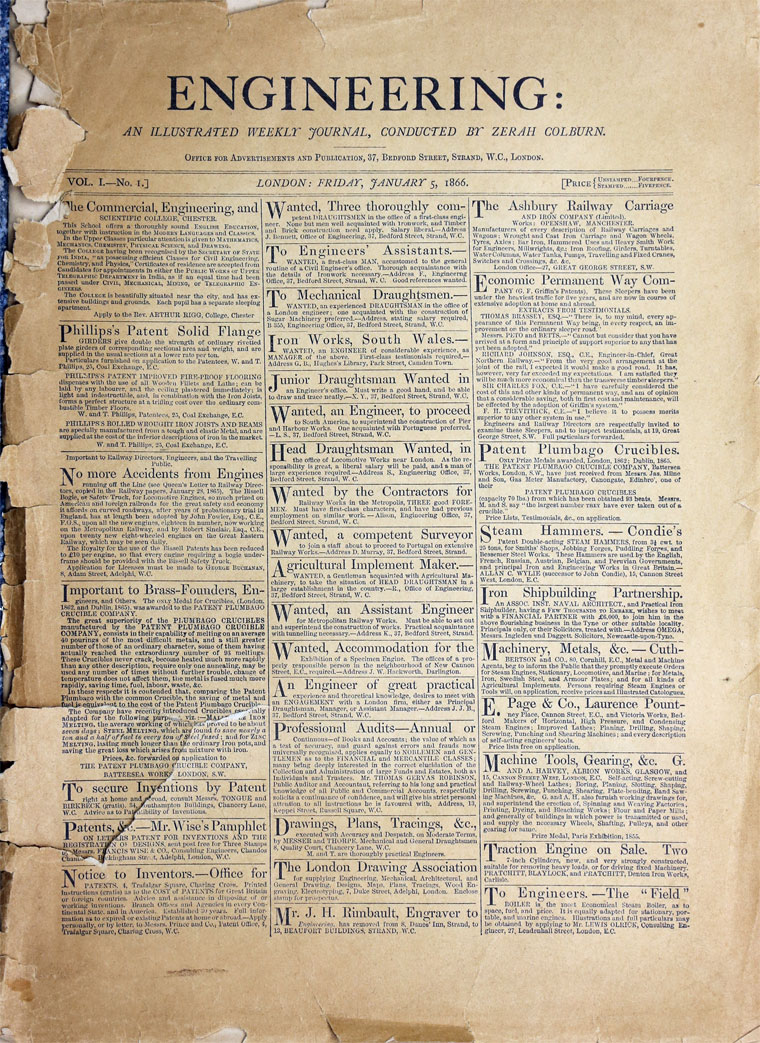 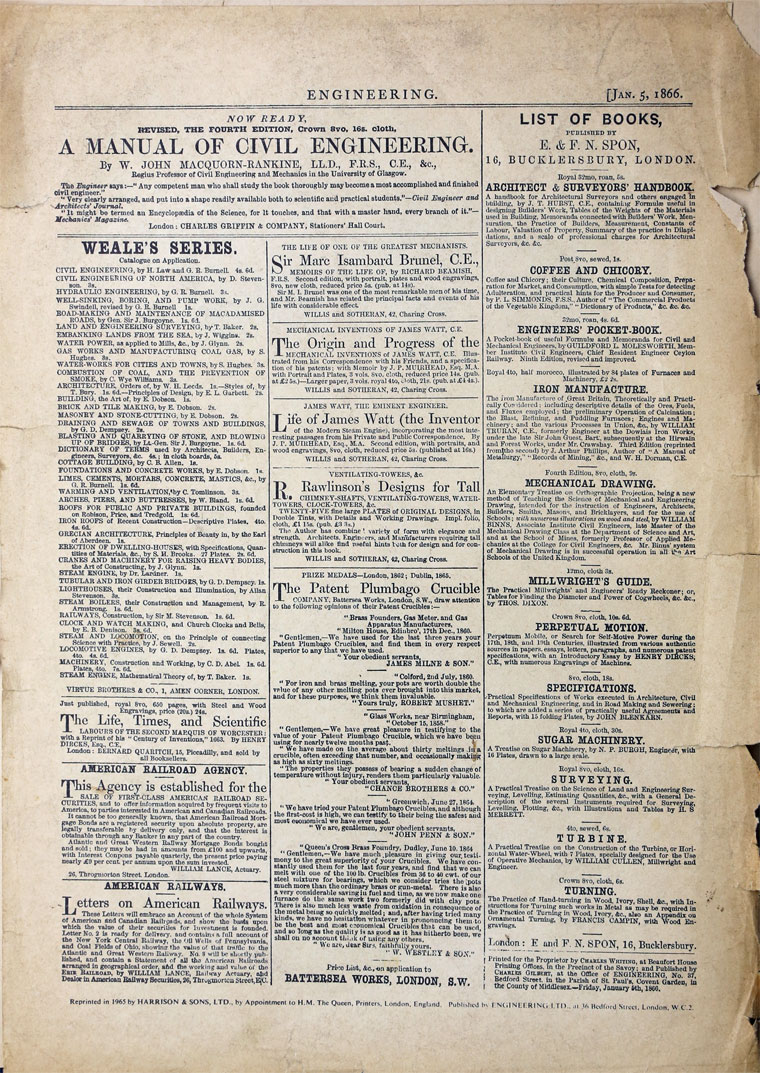 Founded in 1866 by Zerah Colburn, who died in 1870, and continued by James Dredge and William Henry Maw. Alexander Thomas Hollingsworth, was a co-director.

It was funded largely by Henry Bessemer after Colburn's dismissal from The Engineer for bigamy and social conduct. [1]

Alexander Thomas Hollingsworth, was a co-director.

Printed by Charles Whiting at Beaufort House Printing Offices in the Precinct of the Savoy; and published by Charles Gilbert at the Office of 'Engineering' No. 37, Bedford-street, in the Parish of St. Paul's Covent Garden in the County of Middlesex. [2]

Single volumes held in the SMC Library listed below: