Grace's Guide is the leading source of historical information on industry and manufacturing in Britain. This web publication contains 142,846 pages of information and 228,791 images on early companies, their products and the people who designed and built them. 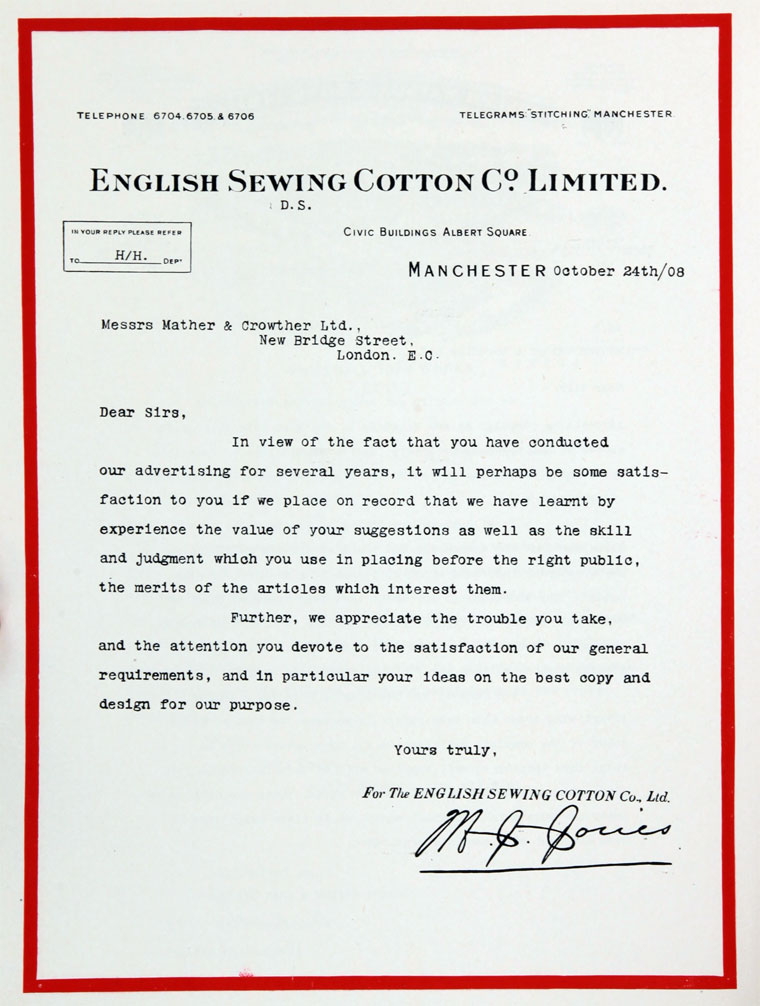 1910. Letter to Messrs Mather and Crowther. 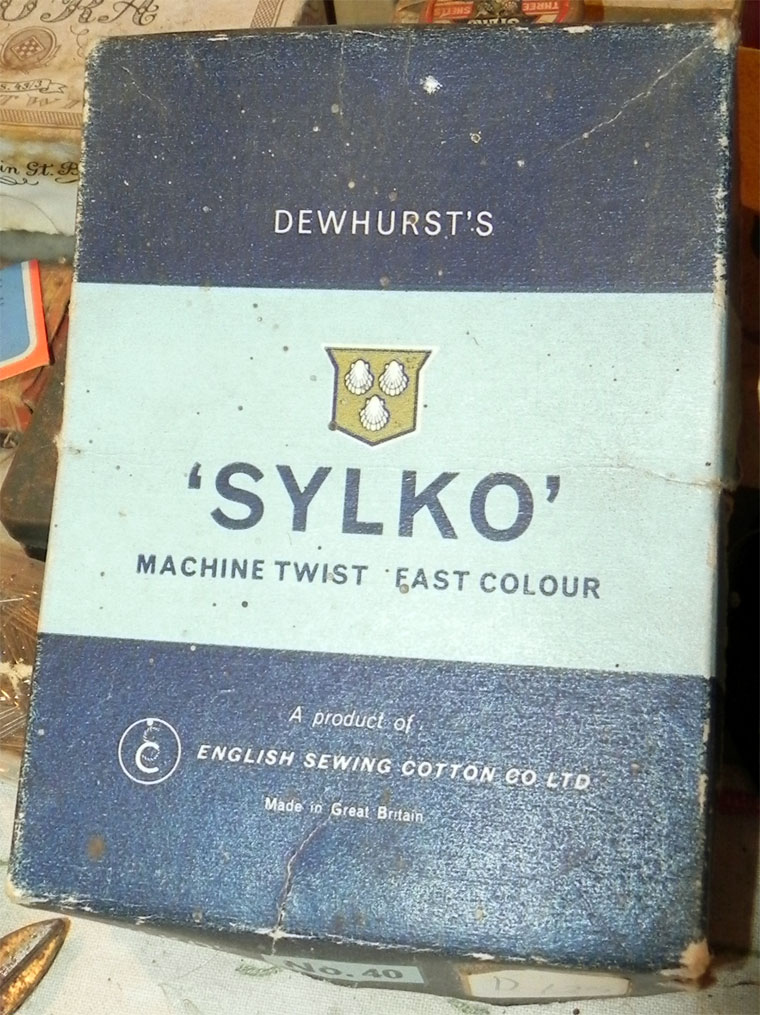 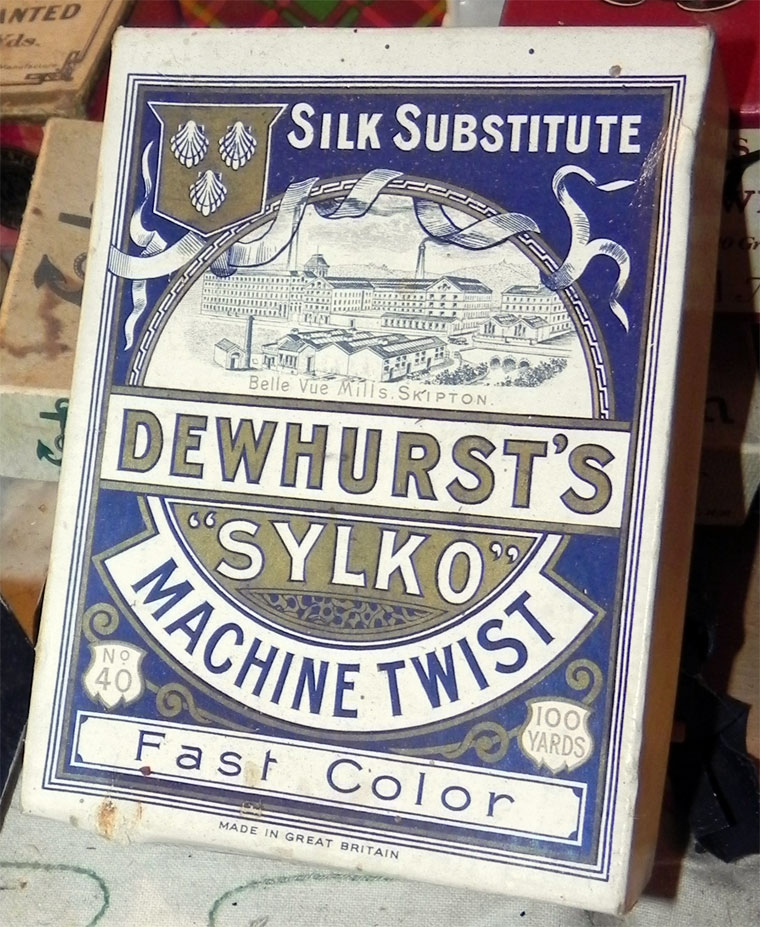 1789 The company was established by Thomas Dewhurst in Skipton, Yorkshire when he bought a building in which to spin cotton

1828 The Belle Vue Mill was built as a woollen mill.

1888 The company became a limited company and employed 1,000 people.

1897 The company was registered as a public company on 16 July, to take over fourteen businesses involved in all types of cotton, the name becoming the English Sewing Cotton Co. Algernon Dewhurst was chairman of this business.

1898 The company acquired all the preference and ordinary shares of R. F. and J. Alexander and Co, as well as a controlling interest in the American Thread Co. [1]

as well as 22 non-operating subsidiaries including Portwood Spinning Co

1963 With the support of ICI and Courtaulds, acquired the holding company Tootal Ltd..

1968 The company merged with the Calico Printers Association to form English Calico.

1982 The company became Tootal Group PLC. It is now part of the Coats Viyella Group.