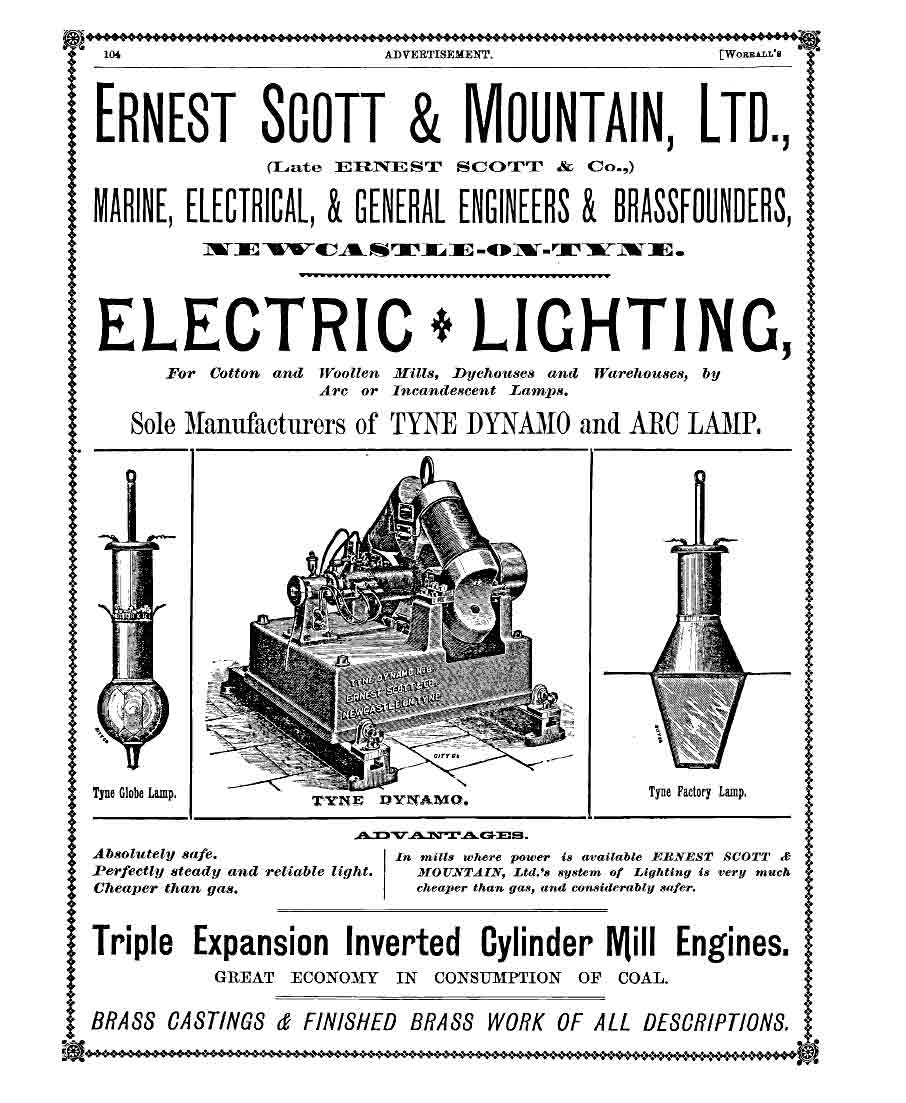 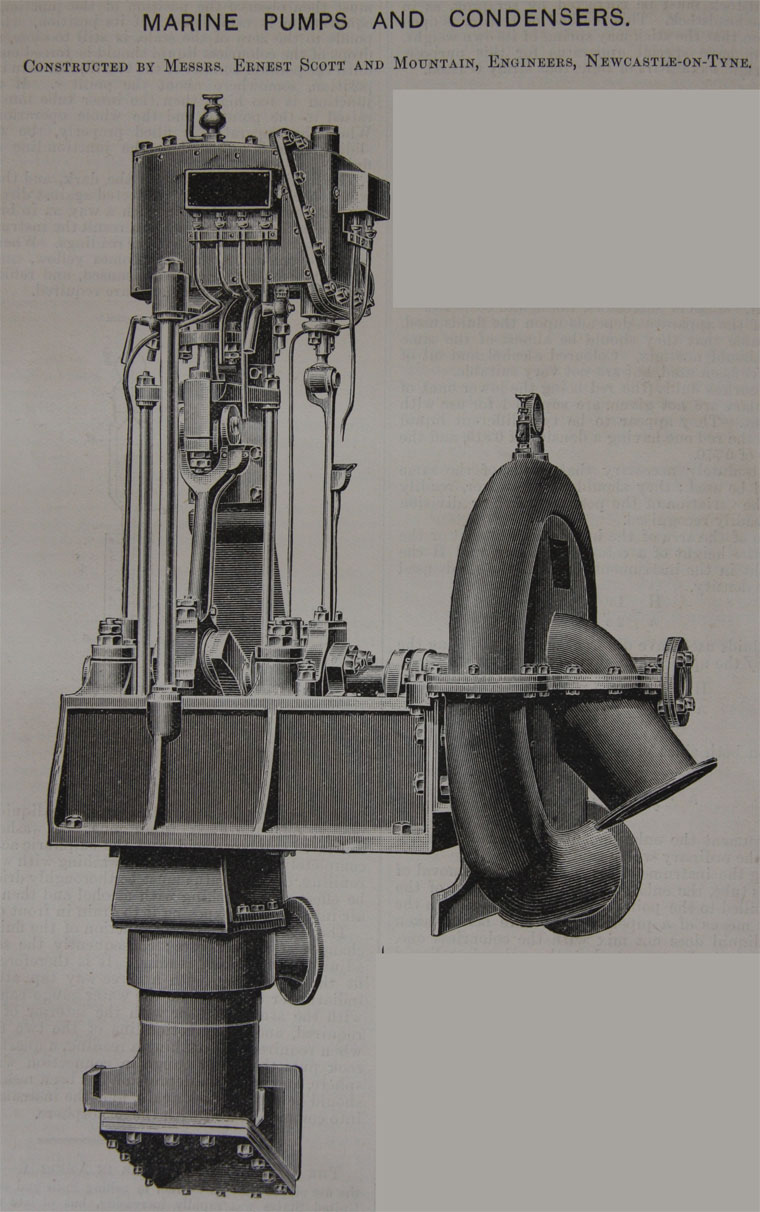 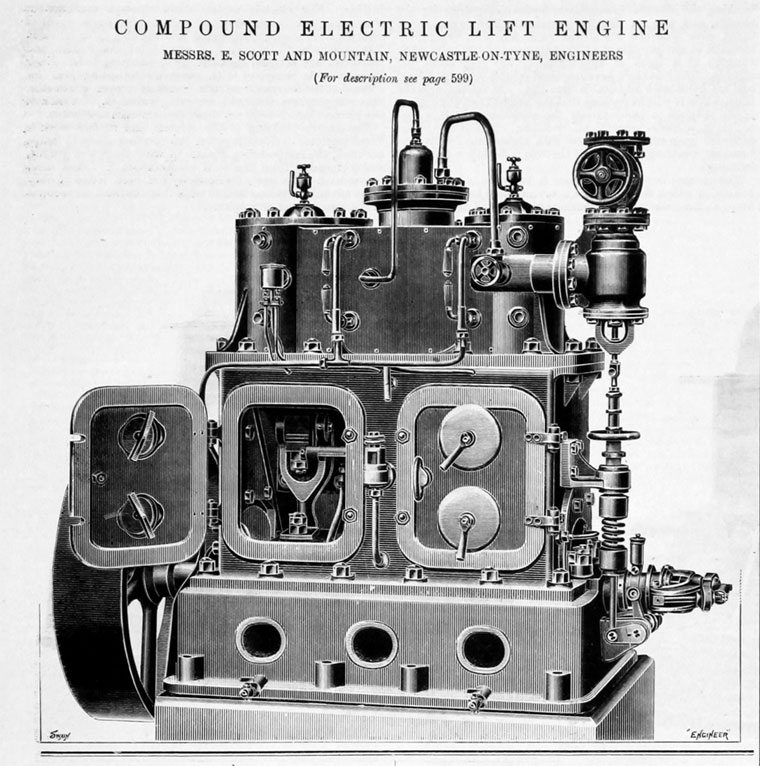 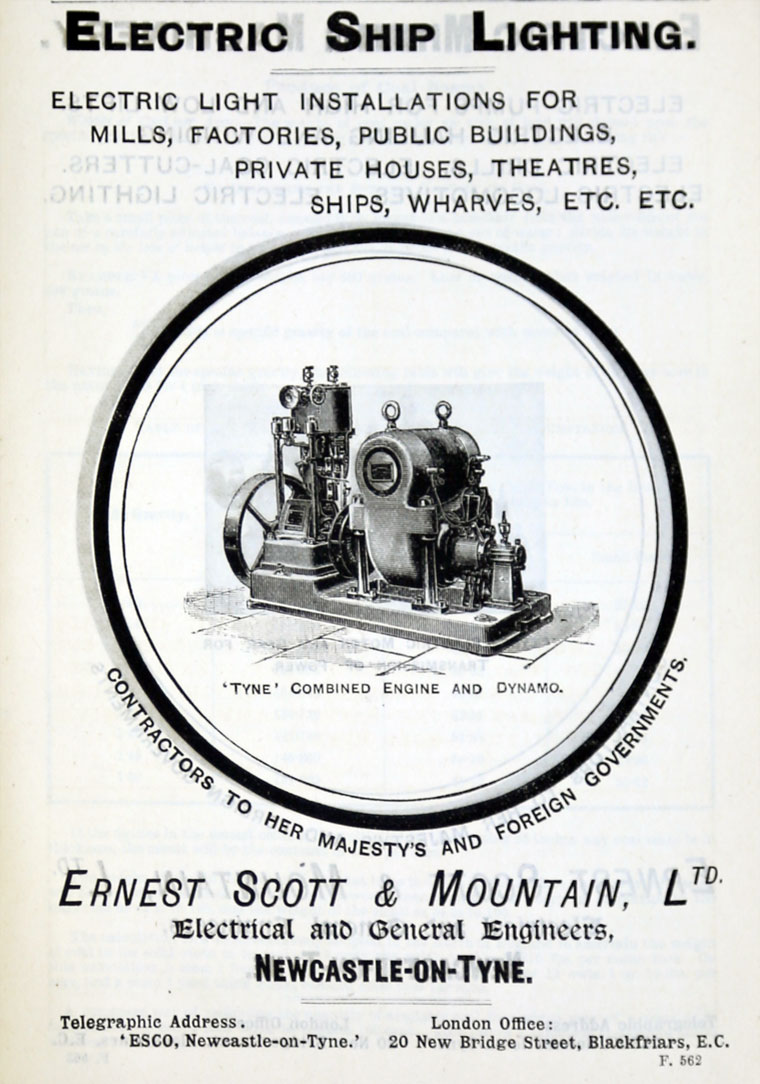 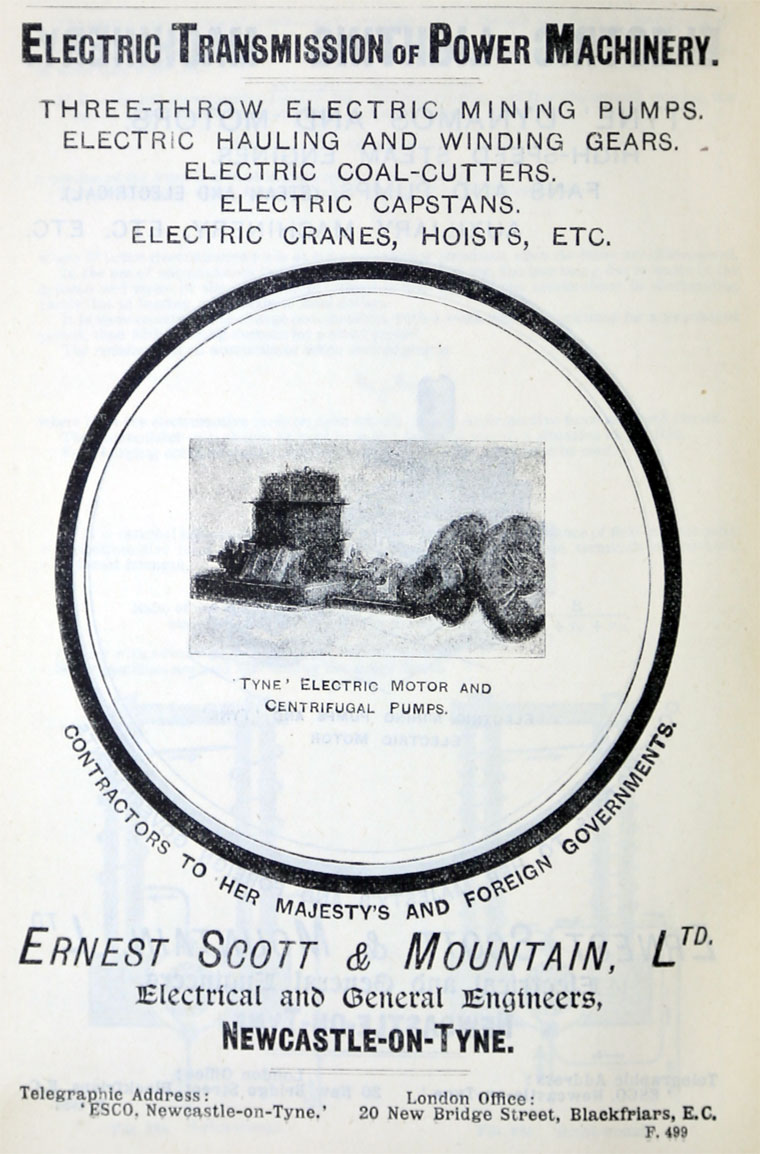 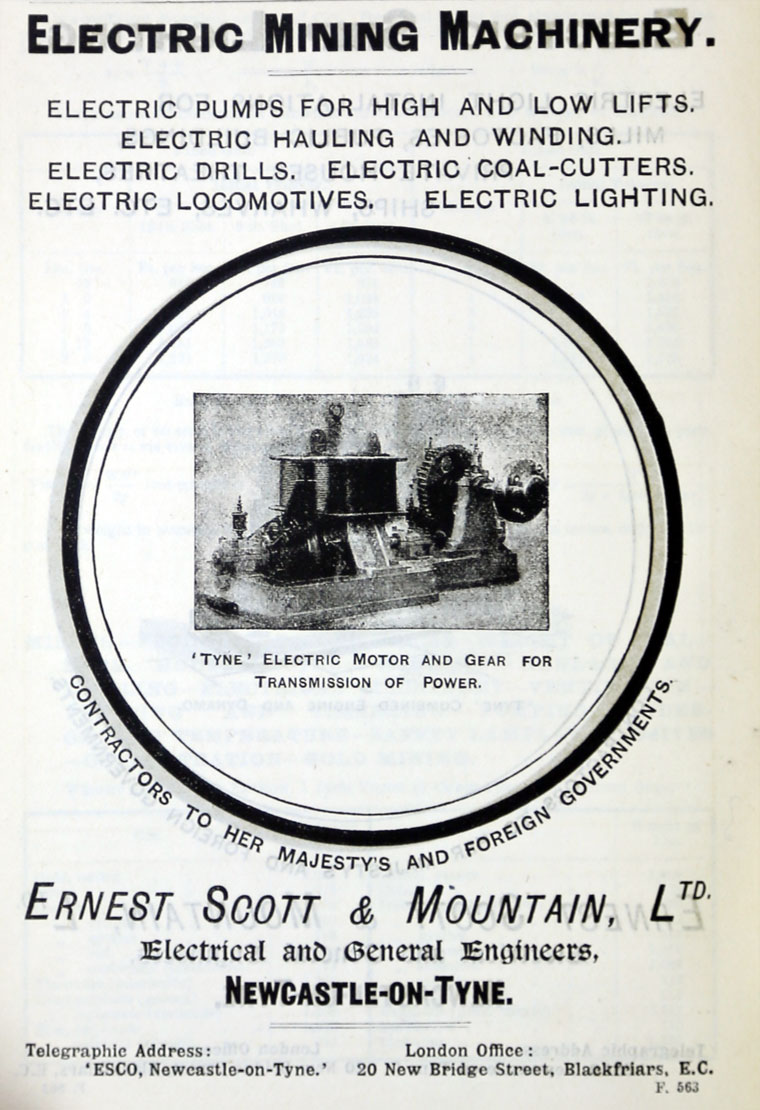 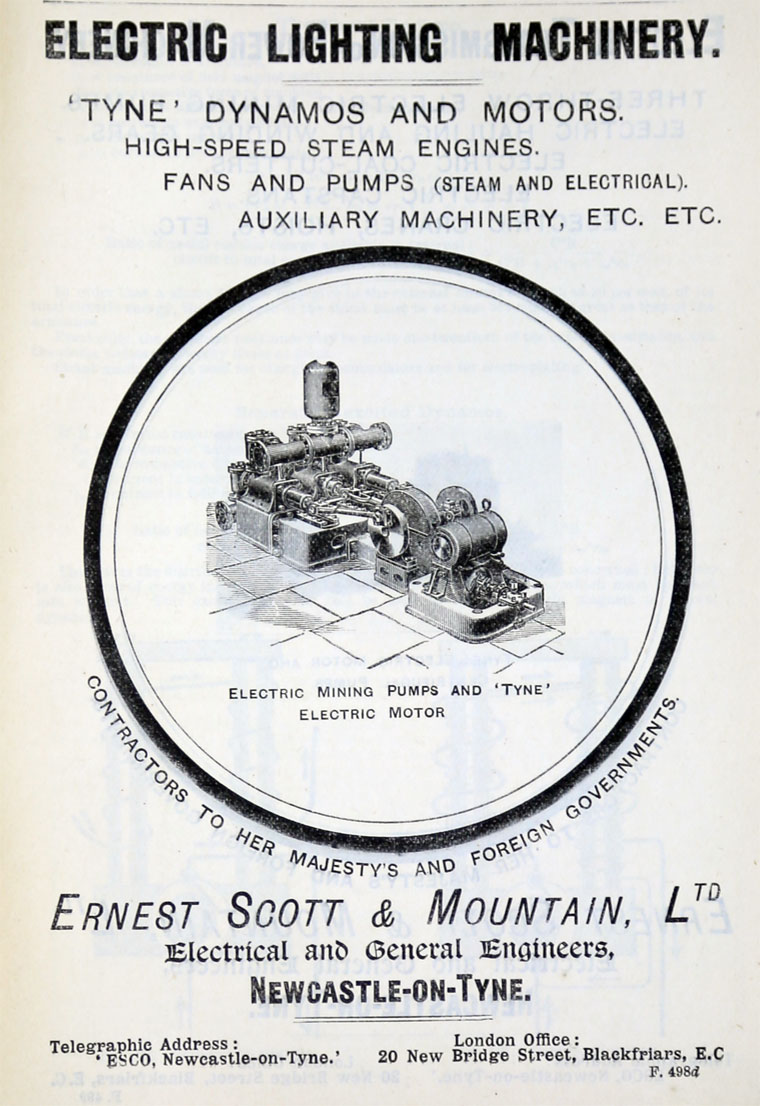 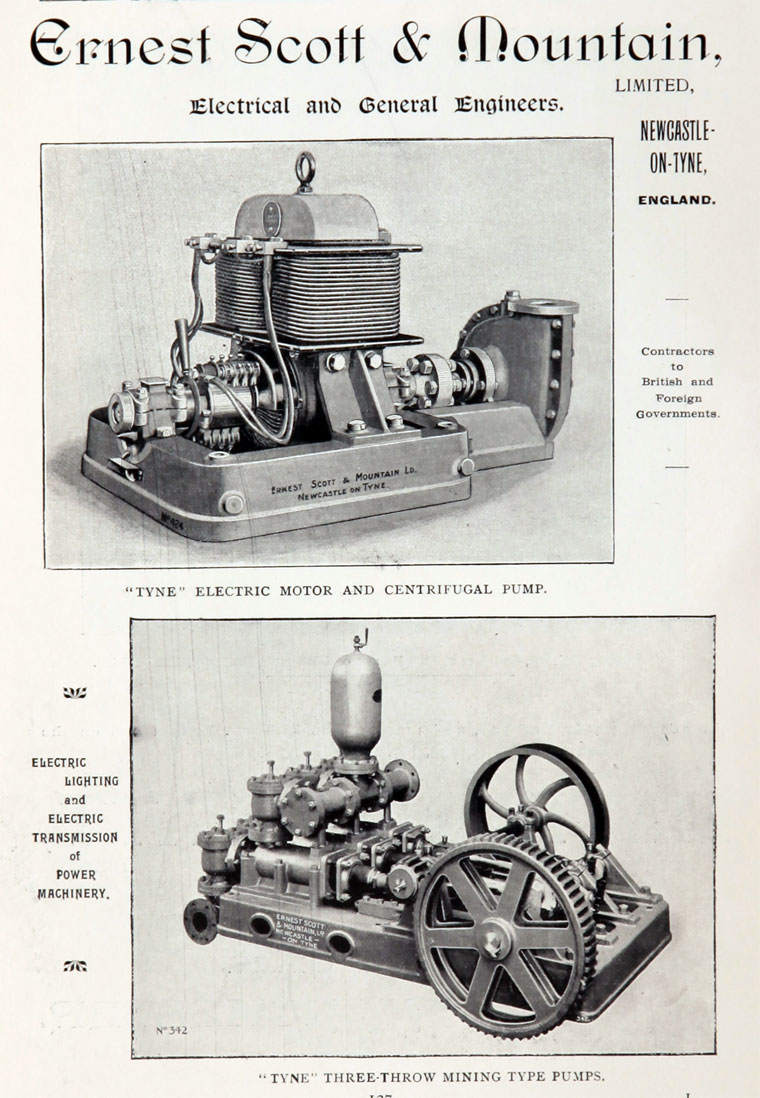 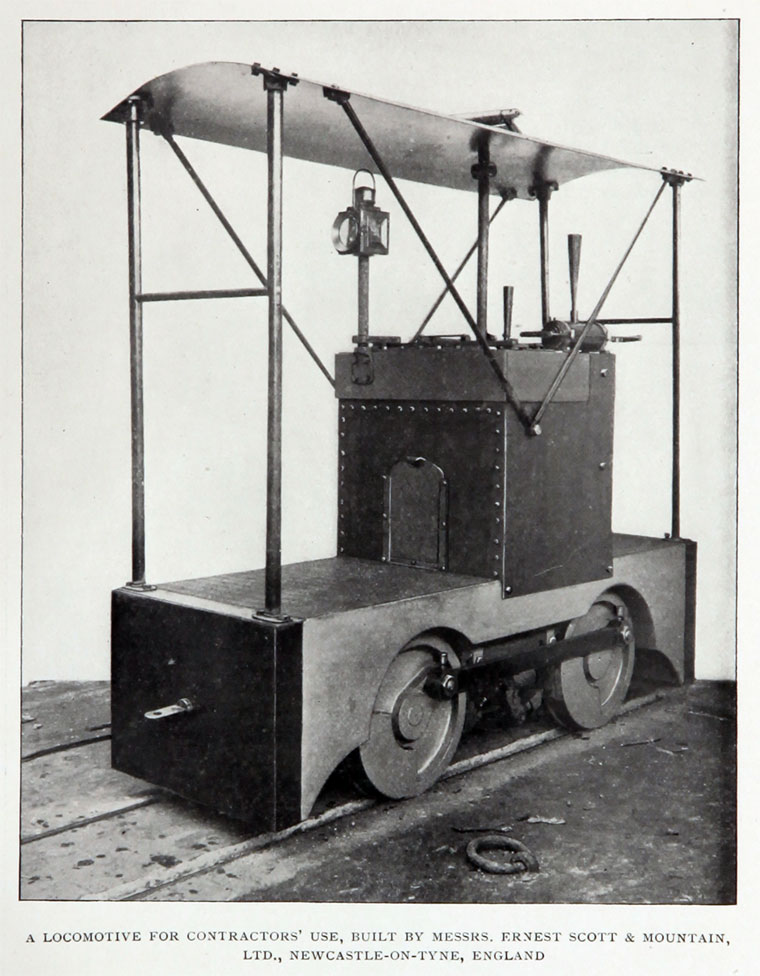 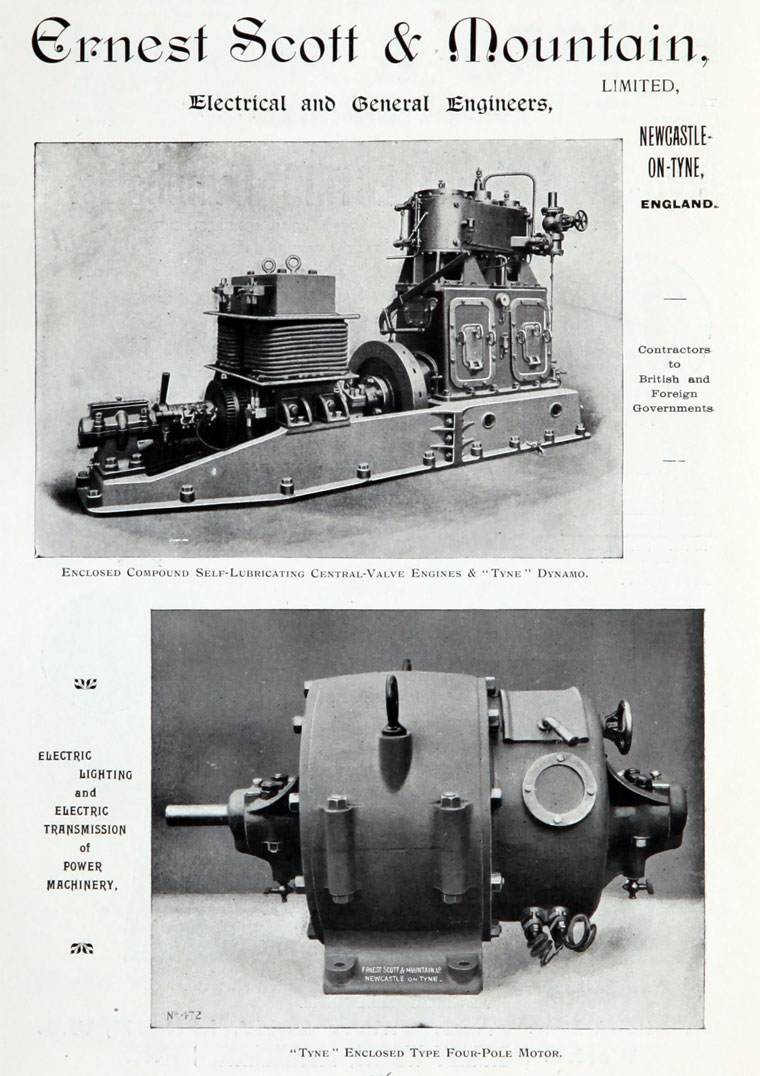 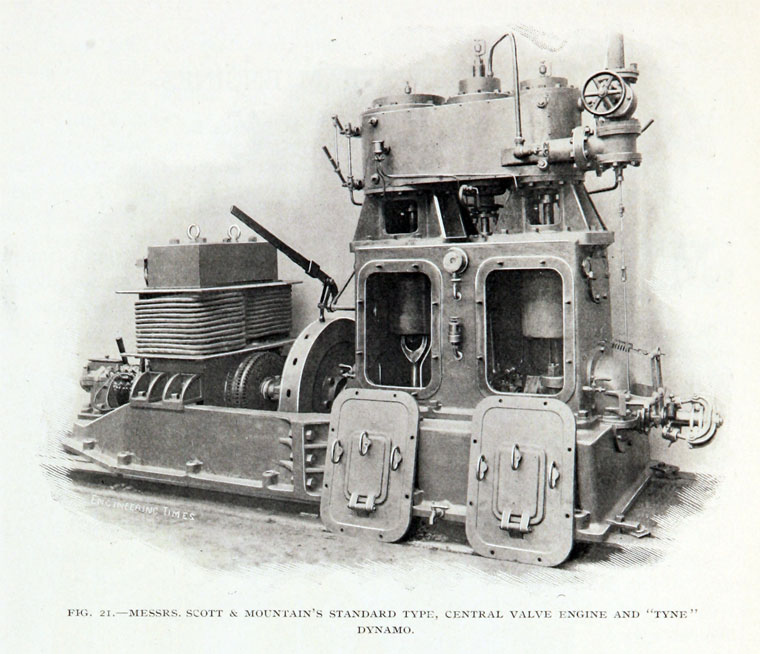 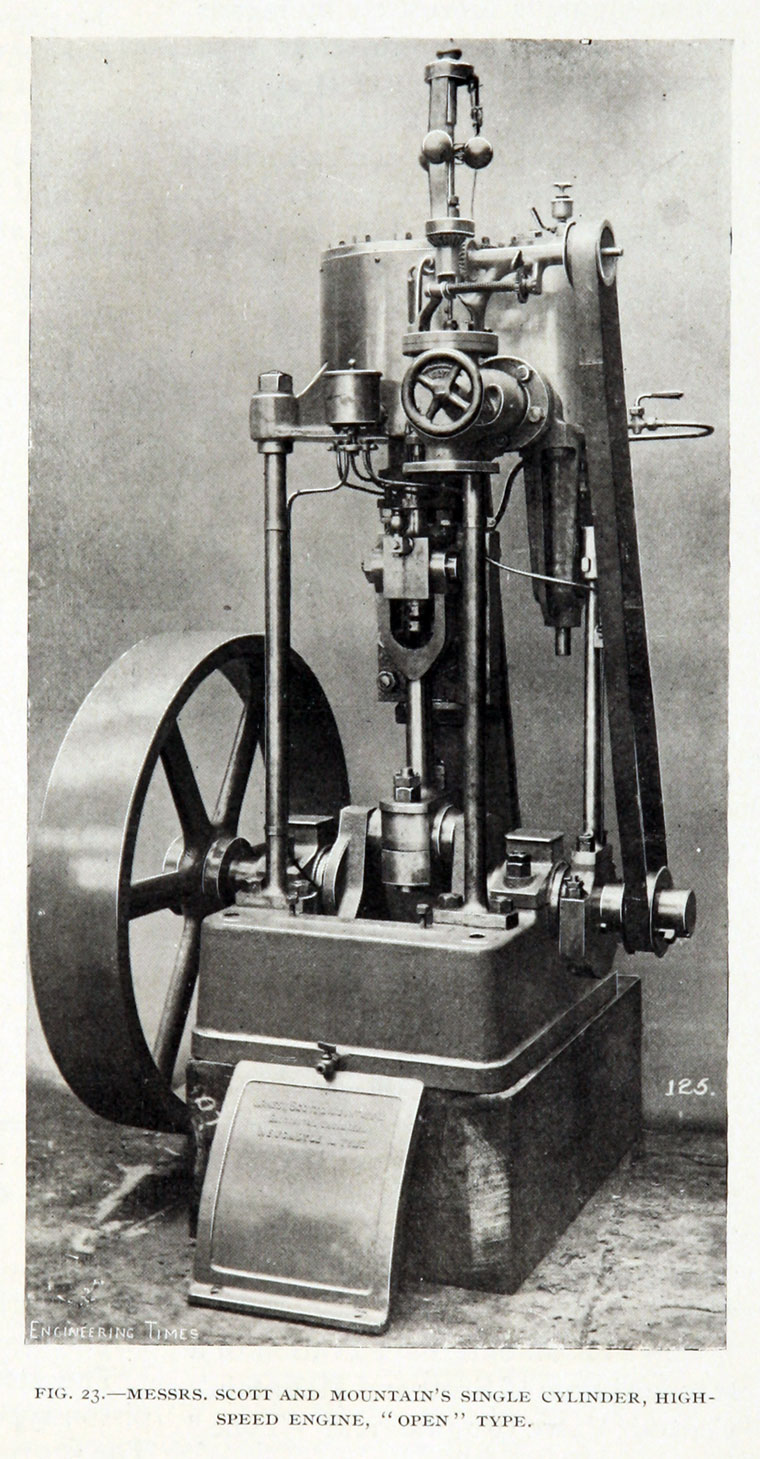 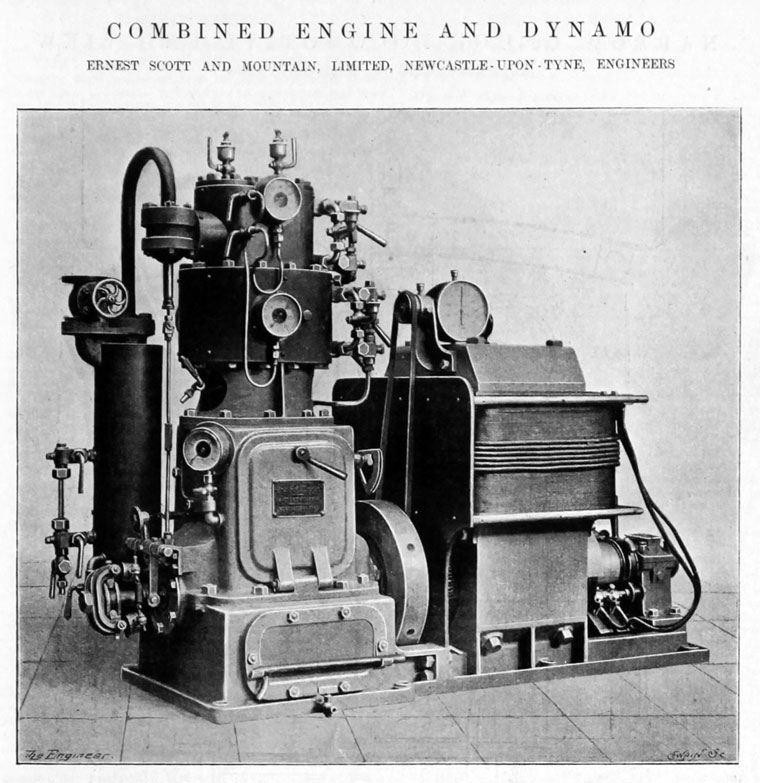 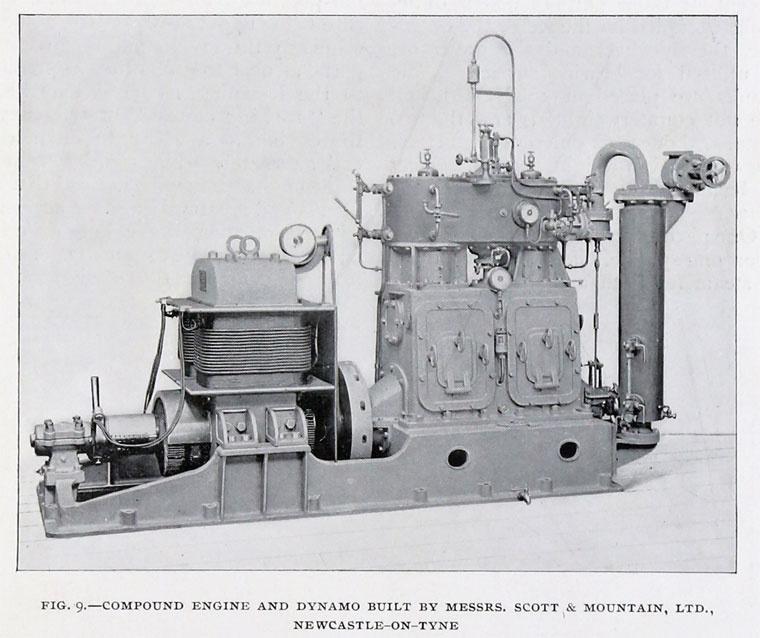 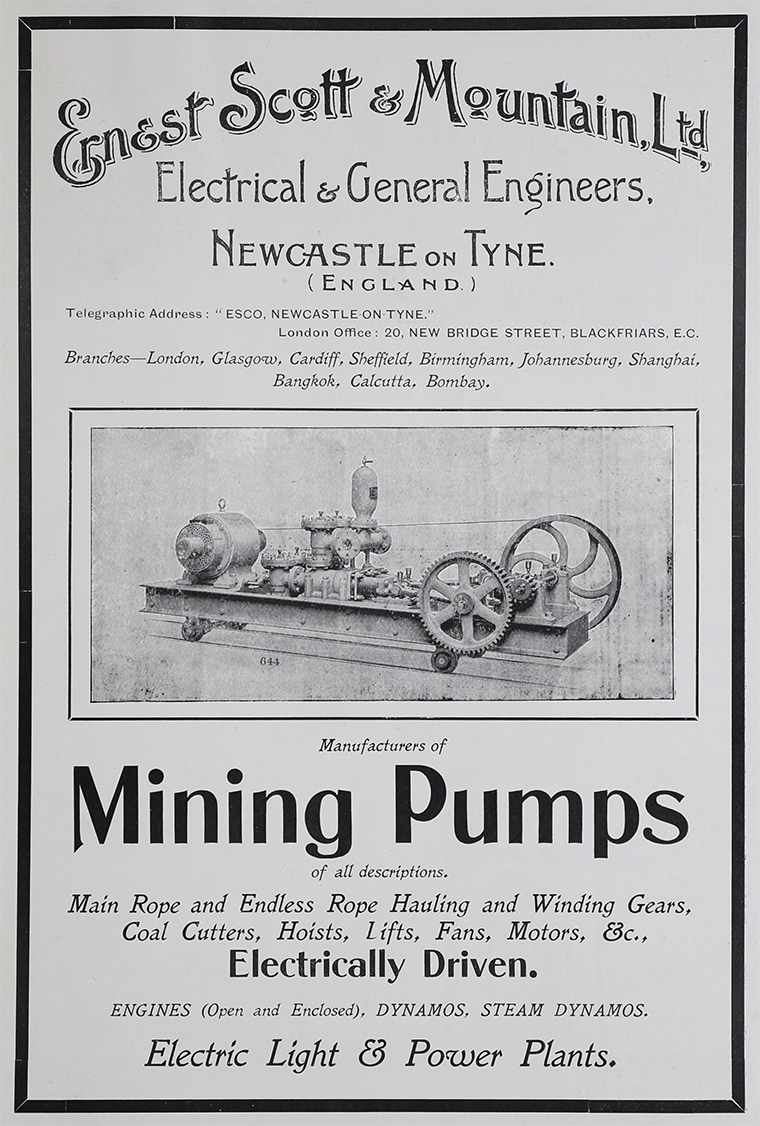 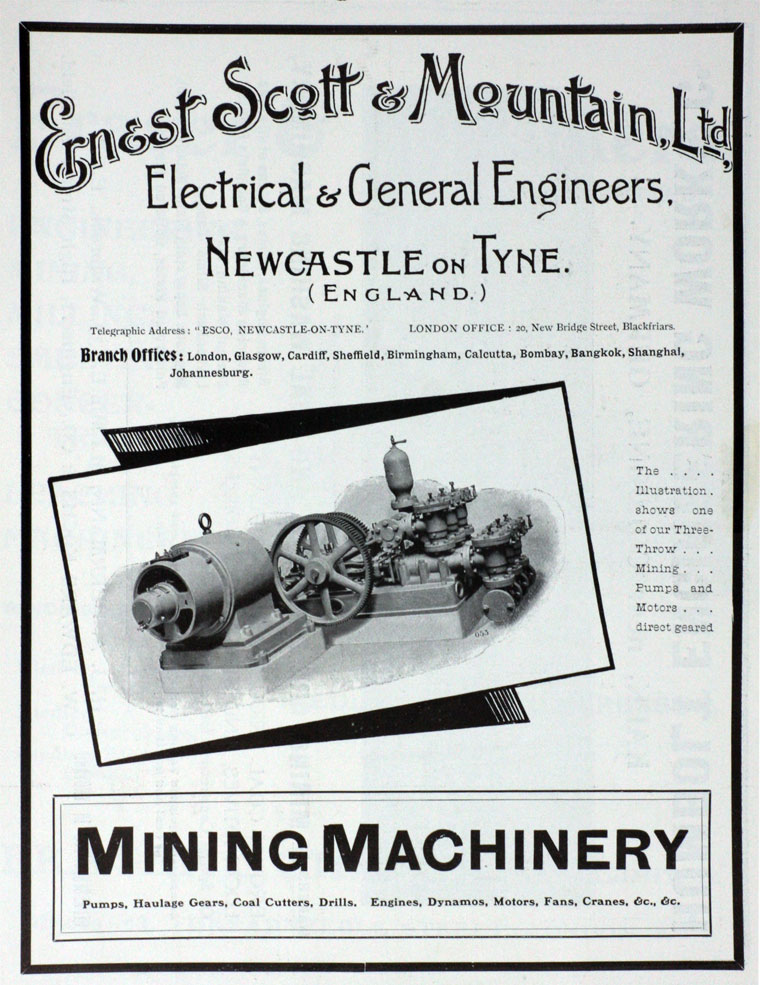 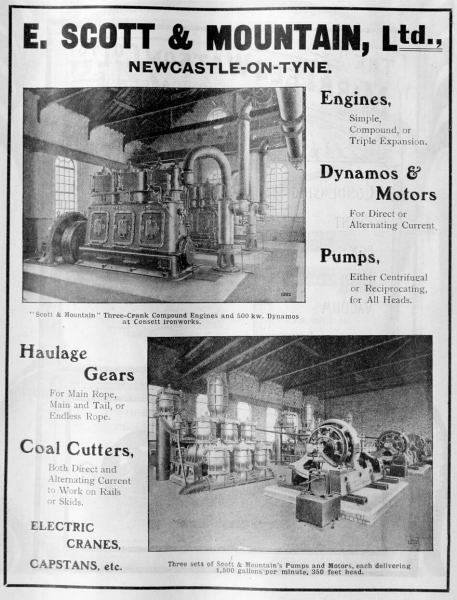 1890 Article and illustration of a combined engine and dynamo (Ernest Scott and Co). [1] The company was registered on 15 November, to take over the electrical and engineering business of Ernest Scott and Co[2] in conjunction with William Charles Mountain

1894 Catalogue of Electrical Plant and accessories. [4]

1903 Supplied their first electrically-operated coal cutting machine to G. A. Mitchell of Glasgow.

1905 Needing more space, acquired the works of Black, Hawthorn and Co at Gateshead and new works constructed; the name "The New Close Works" was adopted for the new works.

1913 Acquired by C. A. Parsons and Co. William Mountain set up his own firm.