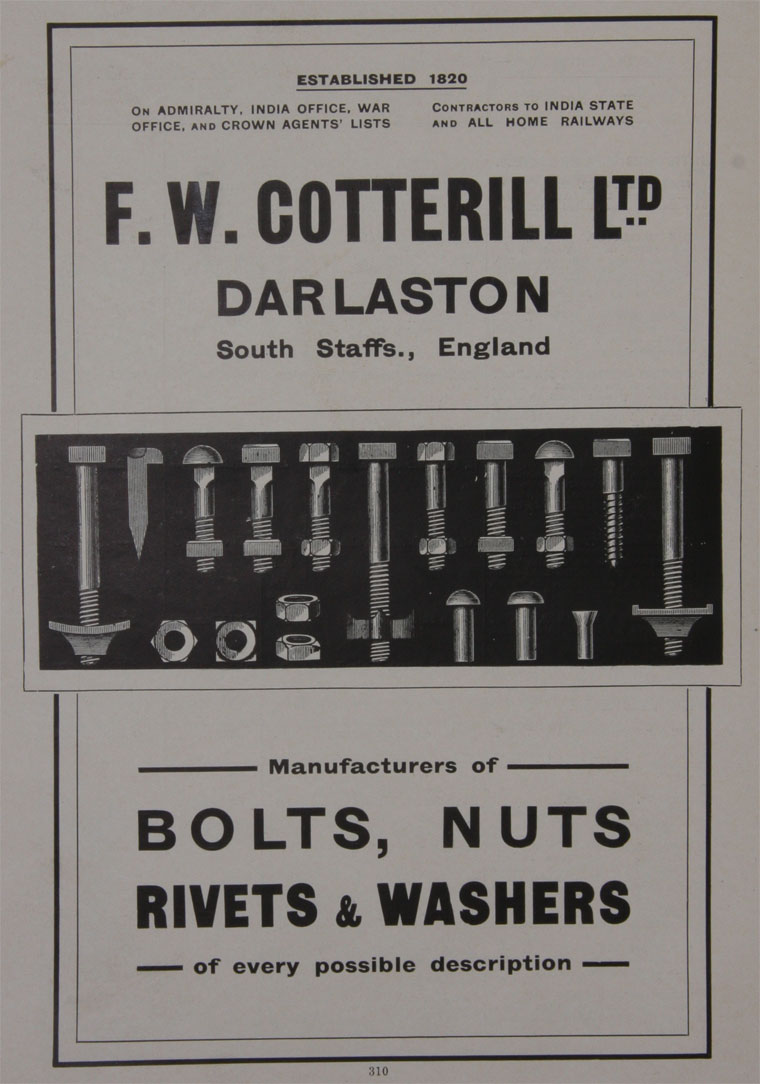 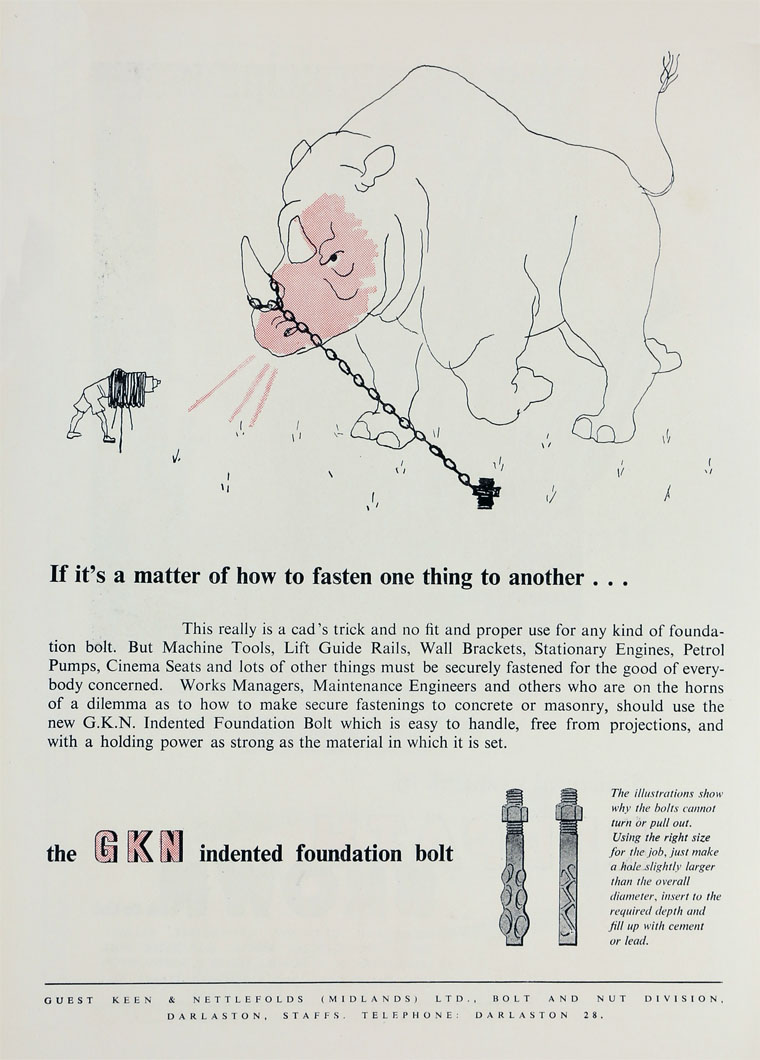 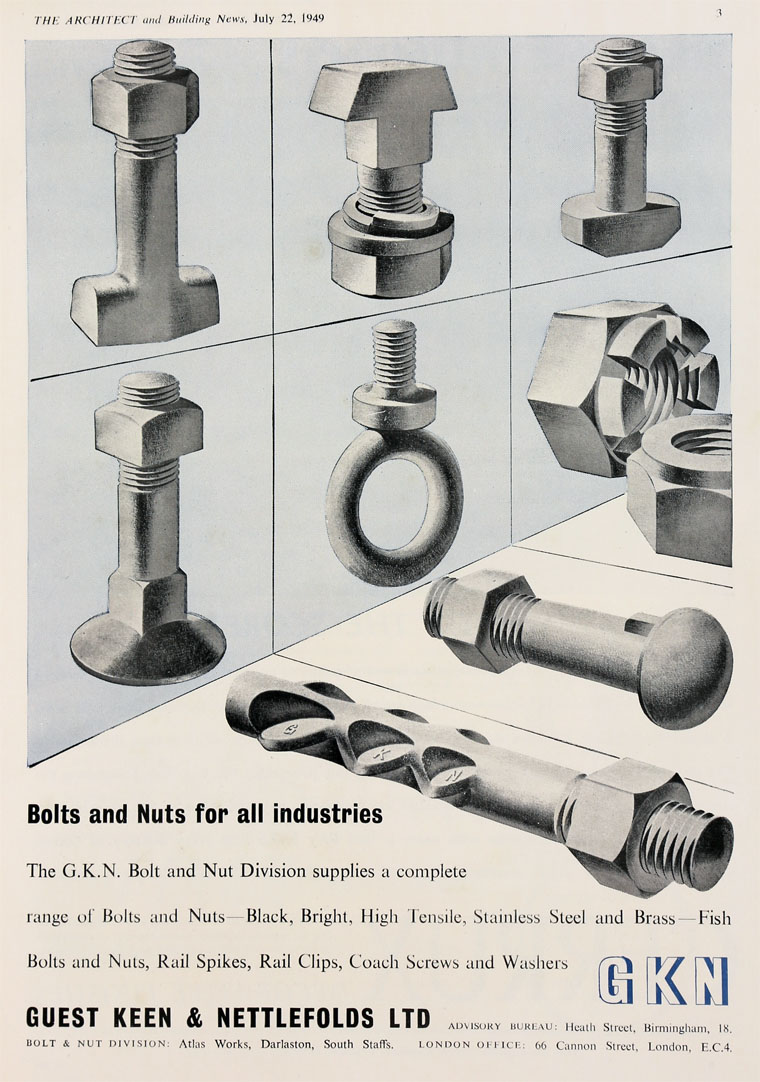 At some point acquired John Garrington and Sons (presumably 1912)

1919 Guest, Keen and Nettlefolds absorbed F. W. Cotterill, of Darlaston, for its extensive nut and bolt and other interests.[4], this firm having previously absorbed John Garrington and Sons, forming the largest nut and bolt company in the country.