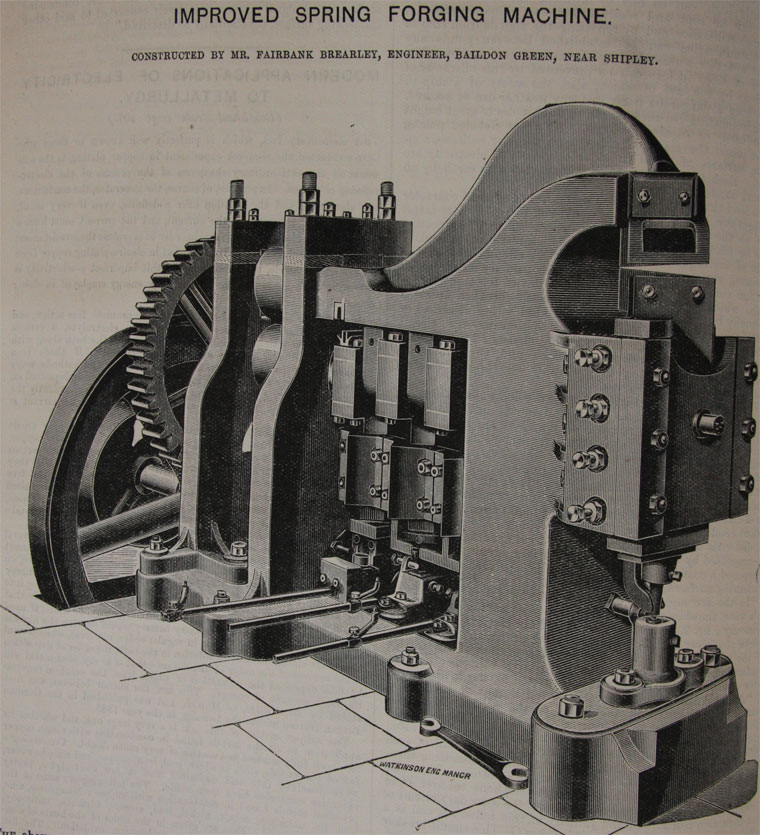 of Baildon Green, near Shipley

1899 Messrs. Fairbank Brearley, of Shipley, Yorks., issued a catalogue of steam-engines, &c., which unusually gave completely dimensioned specifications for each type of engine.[2]

Makers of machinery for spring manufacture