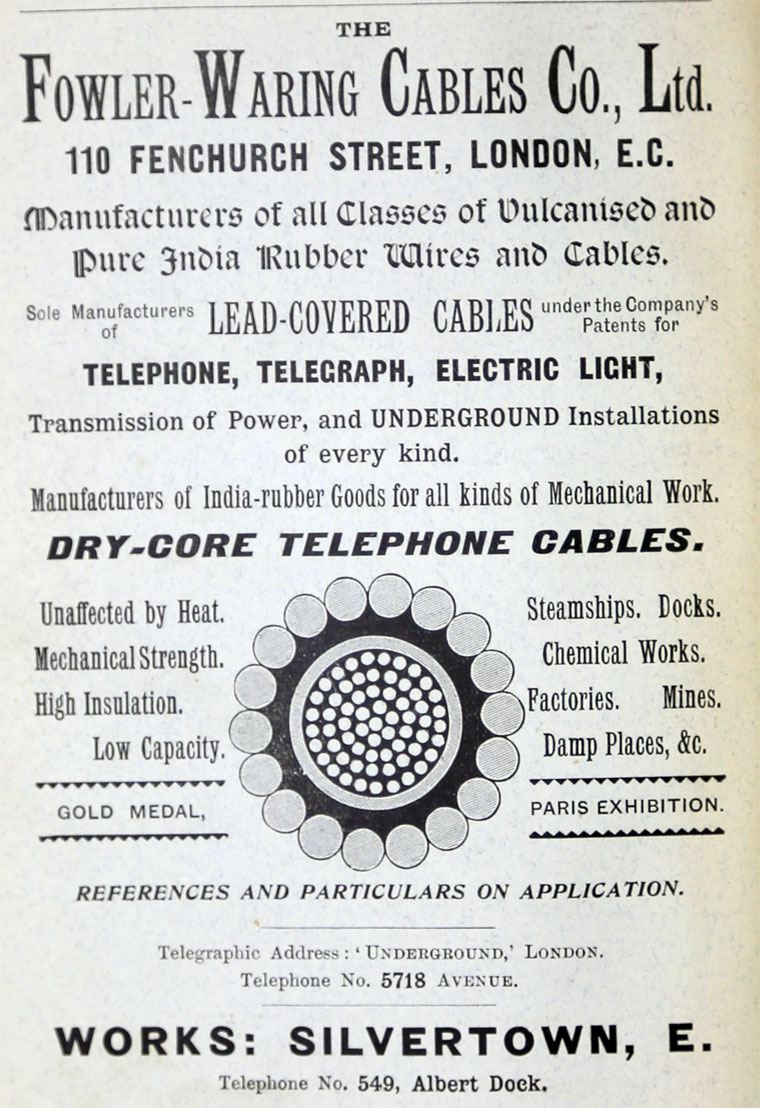 1887 John Fowler and Co started manufacturing lead-covered electric cables under the patents of Eddison and Tatham[1].

1889 John Fowler and Co (Leeds) Ltd formed the Fowler-Waring Cables Co[2] [3] to acquire the electric cables businesses of Mr Richard Waring at 85 Queen St., London, and John Fowler of Leeds and acquire patents of R. S. Waring of Pittsburgh, R. W. Eddison of the Steam Plough Works, Leeds, and James Tatham of Philadelphia for the manufacture and insulation of electric cables, with particular application underground, as this was seen to be necessary for city-centre use[4]

1889 Arranged to lease property at North Woolwich which had previously been used by the late Mr Henley who was famous for his work on cables[5].

After that there is little mention of the company.