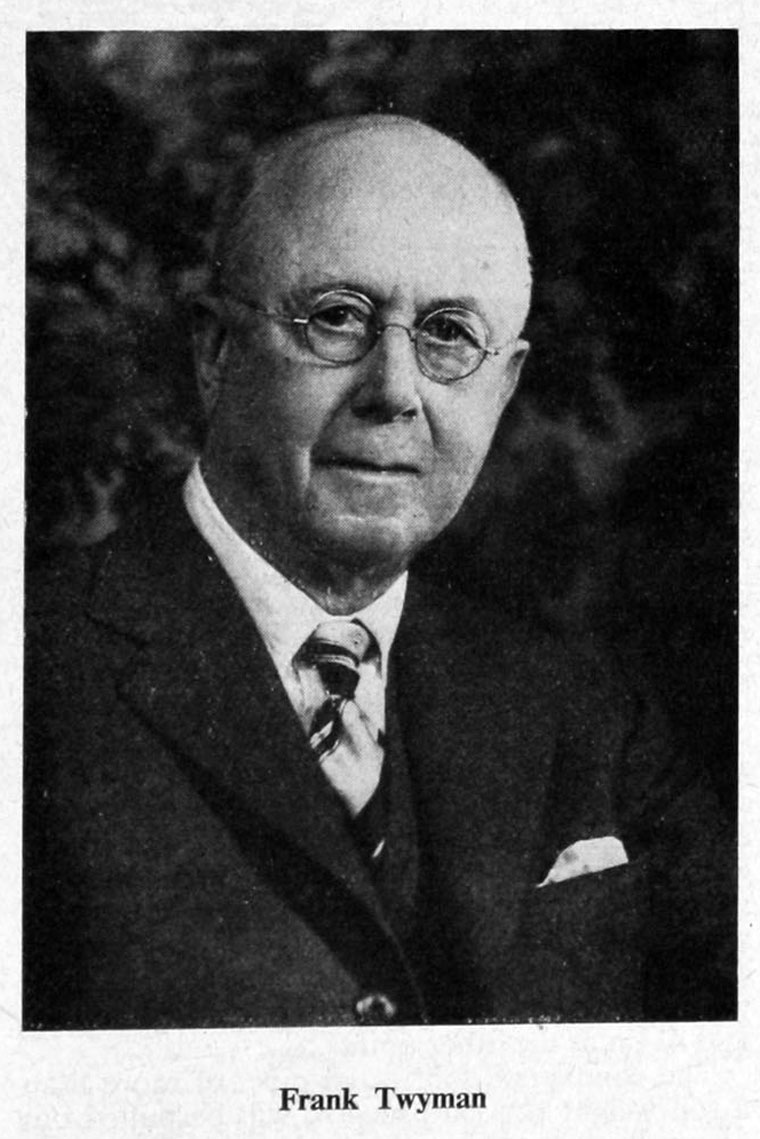 1898 February: became scientific assistant to Otto Hilger, optical instrument maker, who had followed his brother Adam Hilger as head of their business in Camden Town in 1897.

1946 Twyman became chairman, and took on the additional role of technical adviser to instrument makers E. R. Watts and Son.

1948 The two firms were amalgamated to form Hilger and Watts

WE record with regret the death of Mr. Frank Twyman, which occurred last Friday, March 6, in London. He was an authority on industrial spectrochemical analysis and spent the bulk of his. distinguished professional career, extending over sixty years, with Adam Hilger, Ltd., and its successor, Hilger and Watts, Ltd.

Frank Twyman was born at Canterbury in 1876 and received the early part of his education at the Simon Langton School in that city. From there he went on to study, as a Siemens scholar, at the City and Guilds Engineering College. For a short time after the completion of his course at the City and Guilds, Mr. Twyman worked for a firm manufacturing telephone cables.

It was in 1898, when he was twenty-two, that he was engaged by Otto Hilger, who was working in London on the development of spectroscopic instruments. At that time, Professor Michelson, of Chicago University, was investigating the fine structure of spectral lines by means of an echelon diffraction grating. Frank Twyman persuaded Otto Hilger to let him make one of these gratings, a task which he satisfactorily accomplished.

Otto Hilger died in 1902 and his business was incorporated under the title of Adam Hilger, Ltd. Mr. Twyman was appointed managing director, which position he occupied until 1946 when, following amalgamation with E. R. Watts and Son, Ltd., the company was re-constituted as Hilger and Watts, Ltd.

Mr. Twyman continued as a director until 1952 and since then had acted as the company's scientific adviser. Throughout this long period of serv1ce, Mr. Twyman devoted himself to the design and production of practical spectroscopic apparatus intended for industrial use and not solely for the use of the academic investigator. His work was fittingly recognised by the award of the John Price Wetherell medal of the Franklin Institute and the Physical Society's Duddell medal and by his election, in 1924, as a Fellow of the Royal Society.