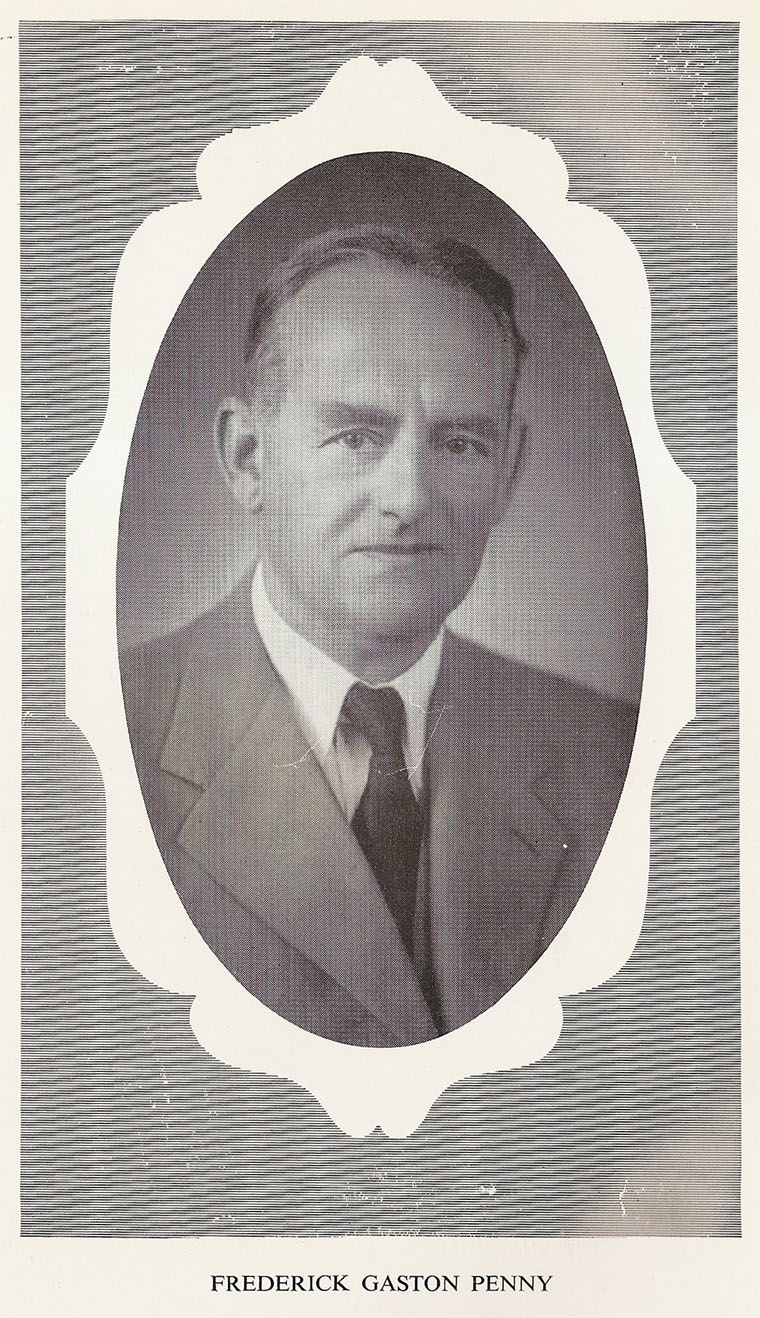 MR. FREDERICK GASTON PENNY, whose death occurred on August 6th at Derby, was well known in the engineering industry through his long association with International Combustion (Holdings), Ltd., and Aberdare Cables (Holdings), Ltd. He was managing director of the former company and chairman of the latter.

Mr. Penny, who was sixty-six when he died, was a native of Sale, Cheshire. He was educated at the Royal Salford Technical School and the Manchester College of Technology, and from 1904 to 1908 served an apprenticeship with George Richards and Co., Ltd., Broadheath.

Thereafter, Mr. Penny gained additional works and drawing office experience with the British Westinghouse Company, where he served for a period under the late Sir Holberry Mensforth.

When he returned from Shanghai in 1926, Mr. Penny joined International Combustion, Ltd., as manager of the field staff. Later, he became chief engineer and general manager, and, in 1951, was appointed managing director. About the same time, Mr. Penny succeeded to the chairmanship of the associated company, Aberdare Cables (Holdings), Ltd. In addition, Mr. Penny served on the boards of several other engineering companies.

Frederick Gaston Penny, who died on 6th August, 1955, was well known in the engineering industry through his long association with International Combustion (Holdings), Ltd. of which he was appointed managing director in 1951. About the same time he succeeded to the chairmanship of the associated company, Aberdare Cables (Holdings), Ltd. He also served on the boards of several other engineering companies.

He was born in 1889, and was elected an Associate Member of the Institution in 1917, and transferred to Member in 1925. He was also a Member of the Institution of Civil Engineers. His education was obtained at Royal Salford Technical School and Manchester College of Technology, and afterwards he served an apprenticeship with George Richards and Company, Ltd., Broadheath. Later he gained additional works and drawing office experience with several concerns, including British Westinghouse Company, Ltd., until 1926 when he joined International Combustion (Holdings), Ltd. as manager of the field staff.

The Company has recently suffered the loss of its Managing Director, Mr F. G. Penny.

Born at Sale, in Lancashire, in 1889, he was apprenticed to Geo. Richards & Co. and actively pursued his studies in part-time attendance at Manchester Technical College. He made good use of the few facilities available in those days to a works-apprentice.

These studies, with much sacrifice, he continued when he obtained a post at the Westinghouse Company. Here his experience was varied and of great use in his after career. Later he became Assistant Engineer at Rotherham Power Station and stayed there until he took up a position with the China Light and Power Co, remaining in Shanghai three years.

All this home and overseas experience was of great service to the Company, which he joined in 1927 as Technical Engineer on the outside staff. Manufacture, then, was on a small scale, but Penny’s drive and knowledge was invaluable in helping it grow into a worldwide concern with many products. Others will carry on the work, but a personality so forceful, efficient and experienced will be greatly missed. Especially in the Works will he be missed; a familiar and welcome figure there, knowing every workman and every detail of the factory.

He leaves behind him a widow and four children who are assured of the real sympathy of a wide circle of personal and business friends and of the personnel of the Company."