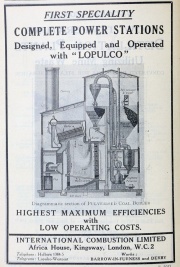 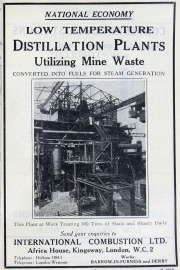 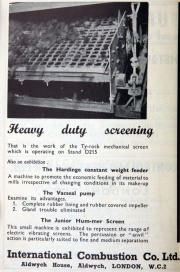 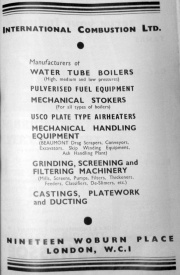 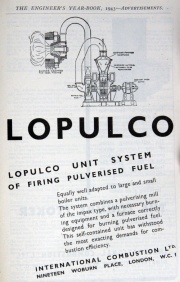 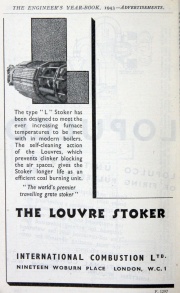 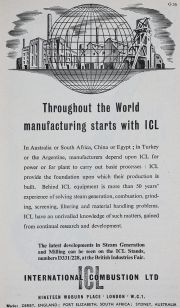 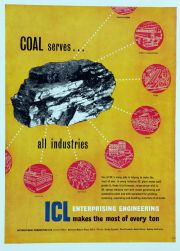 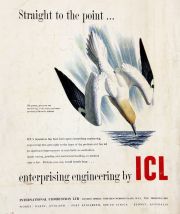 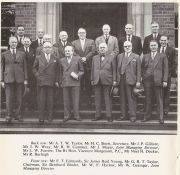 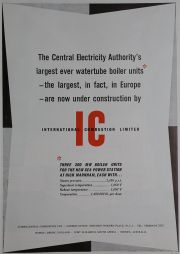 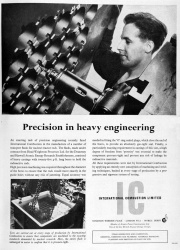 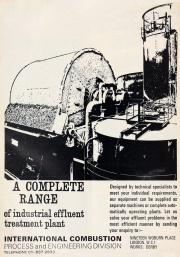 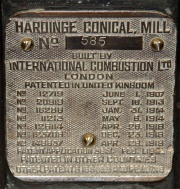 1923 After negotiations between Vickers and the International Combustion Engineering Corporation, the two established a new joint company Vickers and International Combustion Engineering Co to manufacture power plant equipment. Part of Vickers' factory at Barrow in Furness, which had been used to make shells, would be transferred to the new company to manufacture boilers for pulverised fuel and related equipment[1]

1927 The works were moved from Barrow to Derby[3]. Presumably around this time, Vickers sold its share to the American partner.

1929 The US parent company was put into receivership[4]

c.1934 Acquired Riley Stoker Co which became a subsidiary; Riley marketed the Robot Fireman and other products of the Derby works[7]

1937 Because of sporadic nature of orders for large power plants, planned to diversify into smaller boilers[8]

1939 Extension to the works at Derby; new head office at Woburn Place, London[10]

1940 Acquired small holding in Aberdare Cables (of which the MD was chairman) and W. K. Porteous, owners of a process for treating sewage sludge.[11].

1969 Reorganisation into one operating company International Combustion with 2 trading divisions and 1 production division. Profits badly affected by losses of Atomic Power Constructions on their Dungeness nuclear power plant contract. Discussions had started with John Thompson and Clarke, Chapman and Co about merger of their boiler interests but this had not resulted in joint action.

1971 To help with the reorganisation, Combustion Engineering Inc, which held 30% of International Combustion (Holdings) Ltd shares and had for a long time cooperated technically with the company, seconded 3 executives to the I.C. management.[18].

1974 Clarke Chapman-John Thompson took over the U.K. interests of International Combustion (Holdings) Ltd in return for a 31% holding in the enlarged group; as a consequence, Combustion Engineering would hold about 13%.[19]. International Combustion had failed to win contracts from the CEGB, probably because it was uncompetitively small.[20]. I.C.H.'s activities in South Africa, Australia and India were not included in the deal.

1977 NEI took over International Combustion (Holdings) Ltd, namely the non-UK boiler-making operations that it did not already own. Combustion Engineering, which owned 45%, accepted the deal straight away but the management pushed for a higher price and succeeded.[21].

Throughout this time International Combustion was gradually reduced in size being now mainly dependant on the overseas market. Its swan song, in the large-boiler market place, was the supply of two 500 MW boilers as part of the Rihand power station in Uttar Pradesh, in India. This was a triumph in organization, built as it was in a remote area of India, with many logistical problems being encountered in getting men and materials to the site, not to mention the problems of dealing with an exceedingly difficult client.

1996 Rolls decided to close the steam-driven generators parts of the business (Parsons and International Combustion) because it could not compete with the international leaders[22].

Peak Magazine was the house magazine of International Combustion Ltd. The following copies are held in SMC Library: