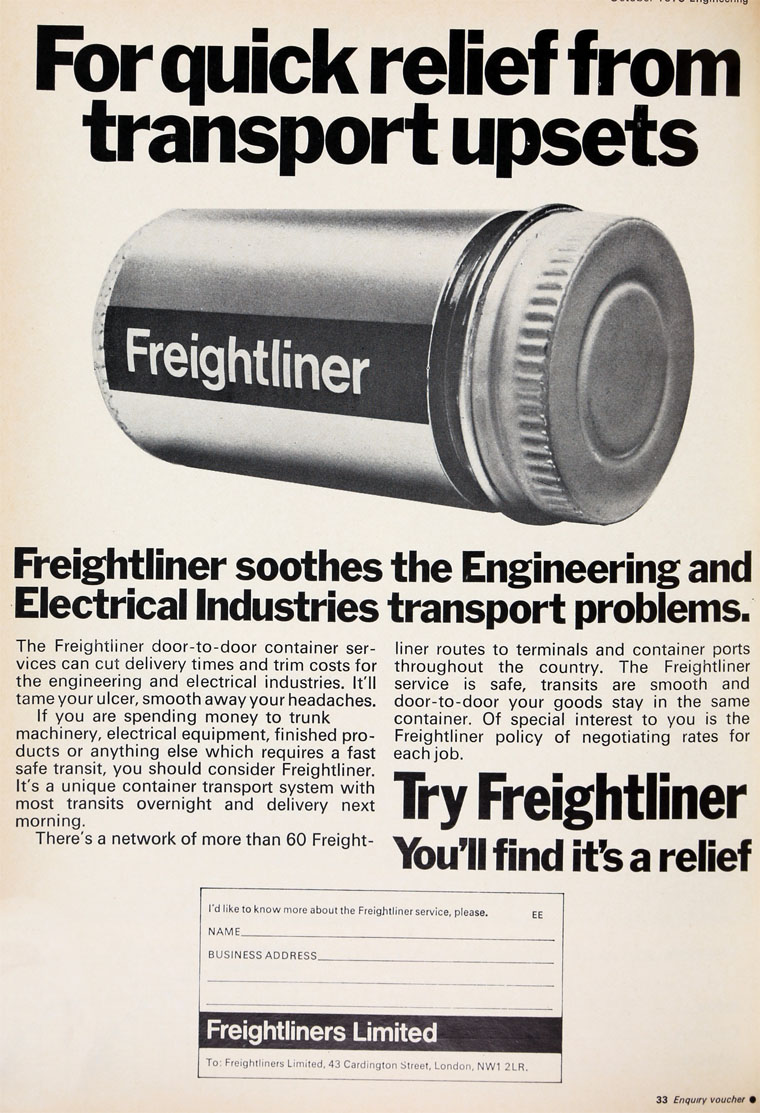 The concept was of containerisation, where the customer would supervise the loading of their merchandise into a container.