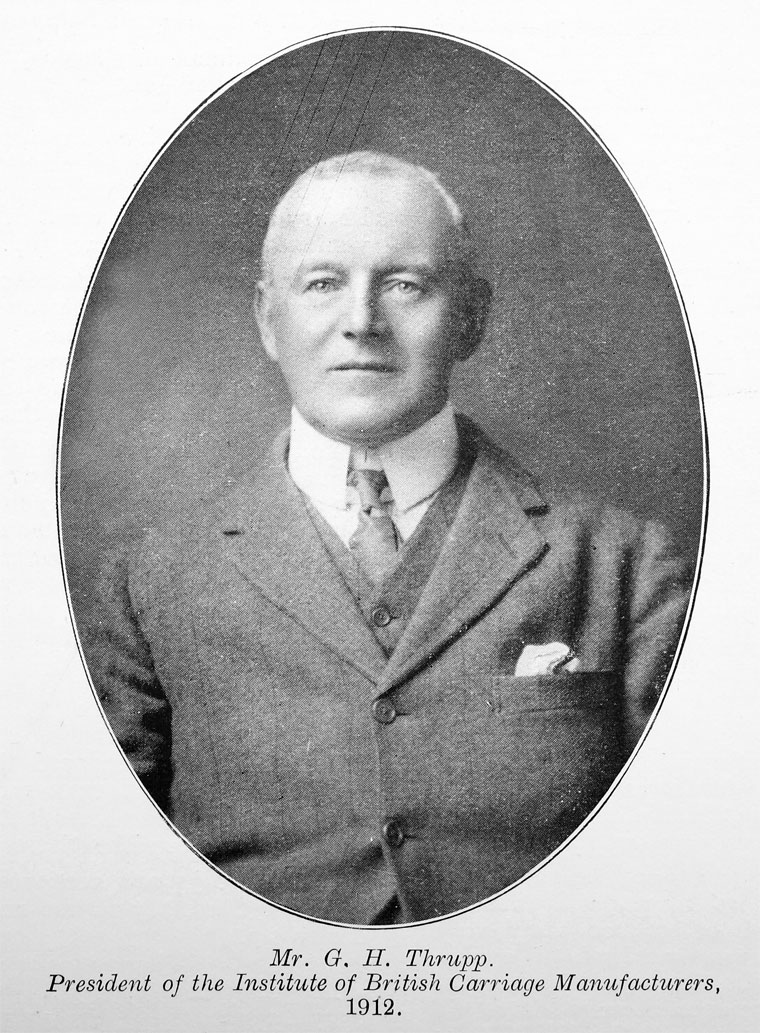 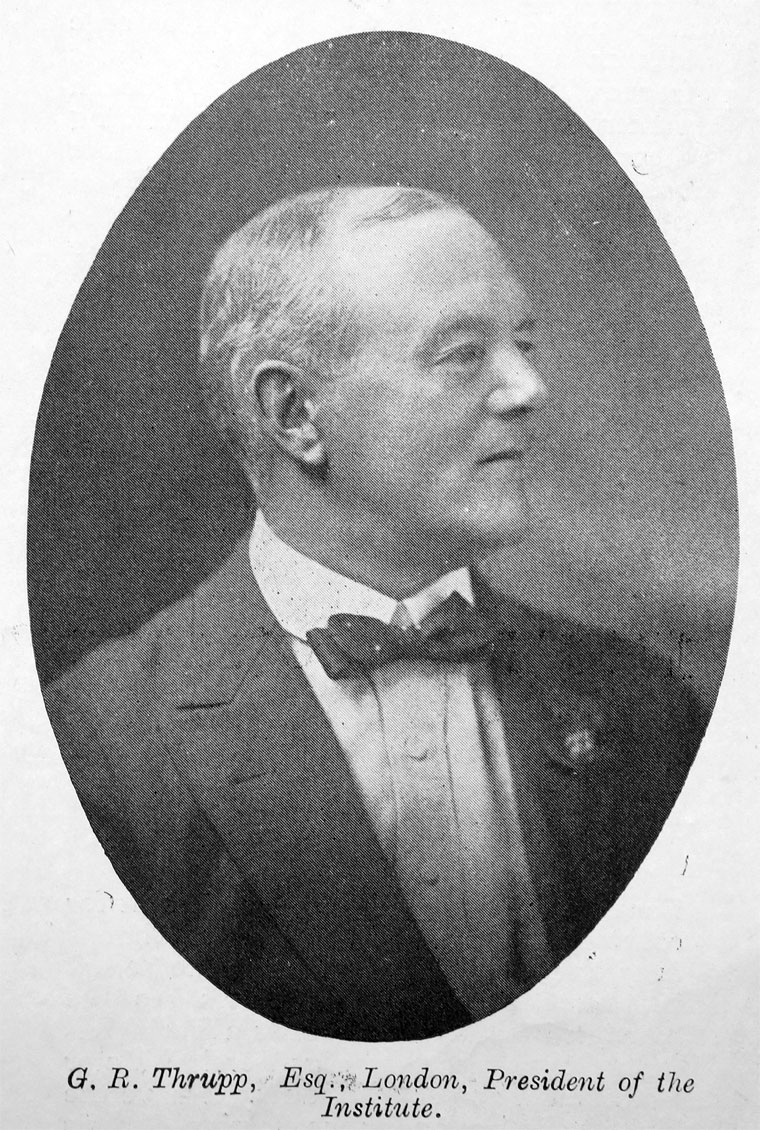 By 1881 had joined the family firm

1904 THRUPP, George H., 425, Oxford Street, London, W. Car: 10-h.p. Renault. Total distance travelled since becoming a motorist: Over 16,000 miles. Hobbies: Travel, golf. Principal aim in furthering automobilism: To establish a new industry and keep oneself out of the workhouse, also to prolong one's life by the pastime. Is a well-known carriage-builder, and was sole European judge of carriages at the Chicago Exhibition, 1903. Club: A.C.G.B. & I. [2]