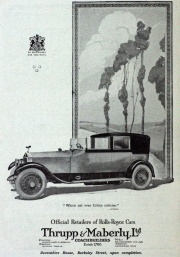 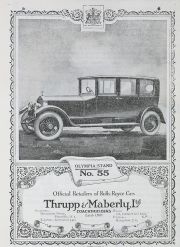 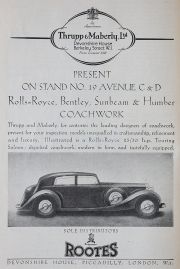 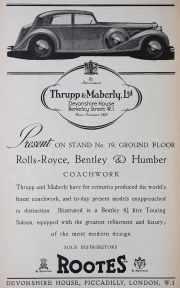 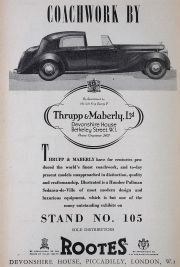 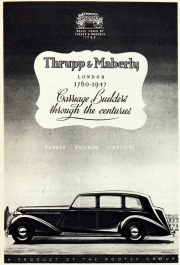 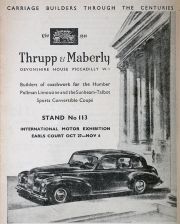 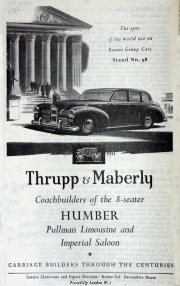 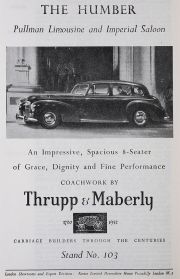 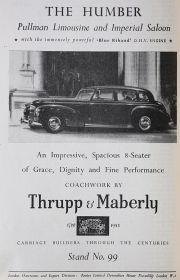 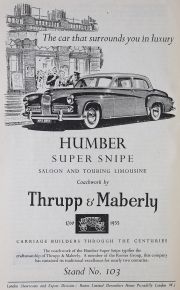 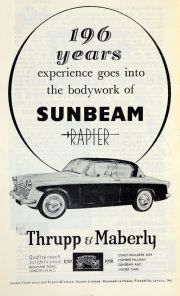 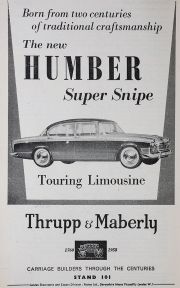 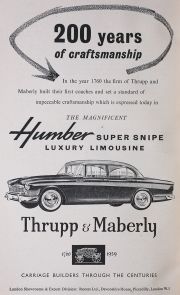 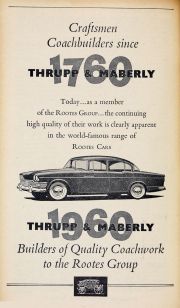 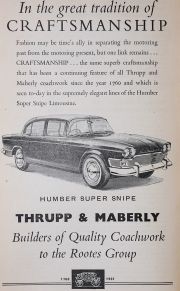 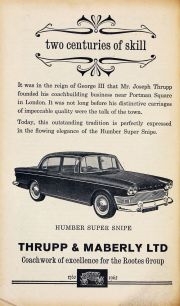 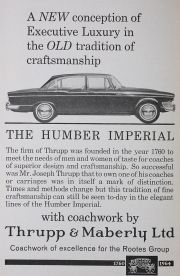 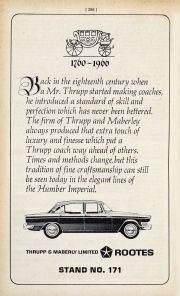 The prestigious firm of Charles Thrupp and Co had been building coaches in London since 1760 and had showrooms in Oxford Street.

1760 Joseph Thrupp or his father established his coachmaking business in George Street (near Portman Square).

1858 George Henry Maberly, who was the scion of another family of coachbuilders, joined the firm.

1866 Did Charles retire about now? His son, George Athelstane Thrupp, brought into partnership George Henry Maberly. The business was thereafter known as Thrupp and Maberly.

1885 Held the Royal Warrant, coachmakers[2] (and for many years thereafter).

1896 From horse-drawn carriages, they moved into making car bodies with an order from the Queen of Spain for an electric Victoria, the fifth electric vehicle they had made[3]. More commissions followed and the business grew leading to large numbers of bodies for staff cars being made during World War I.

After the war the company produced a range of bespoke bodies for up-market British and European marques.

1920 Voluntary liquidation for purposes of reconstruction[6]

1924 they moved to new premises at 108 Cricklewood Lane, Cricklewood, London but kept a showroom in North Audley Street in the West End of London

1925 bought by the Rootes brothers.

Rather than becoming an in-house coachbuilder for Rootes, Thrupp & Maberly remained a prestige coachbuilder concentrating on luxury bodies for Rolls-Royce, Daimler and Bentley.

1932 The Rootes brothers, who had bought Humber and with it Hillman in 1928, bought some bodies for the top of the range Humbers.

1936 Additional premises were obtained in the old Darracq works in Warple Way, Acton, London adjacent to a company called British Light Steel Pressings, part of Rootes Group, with whom they merged in 1939.

When peacetime production resumed the Acton works was disposed of and ,as the market for luxury coach-built vehicles was in major decline, they concentrated on special bodies for Rootes Group vehicles including making all the open-top models.

By the mid 1960s this work was declining also and the Cricklewood factory closed in 1967.