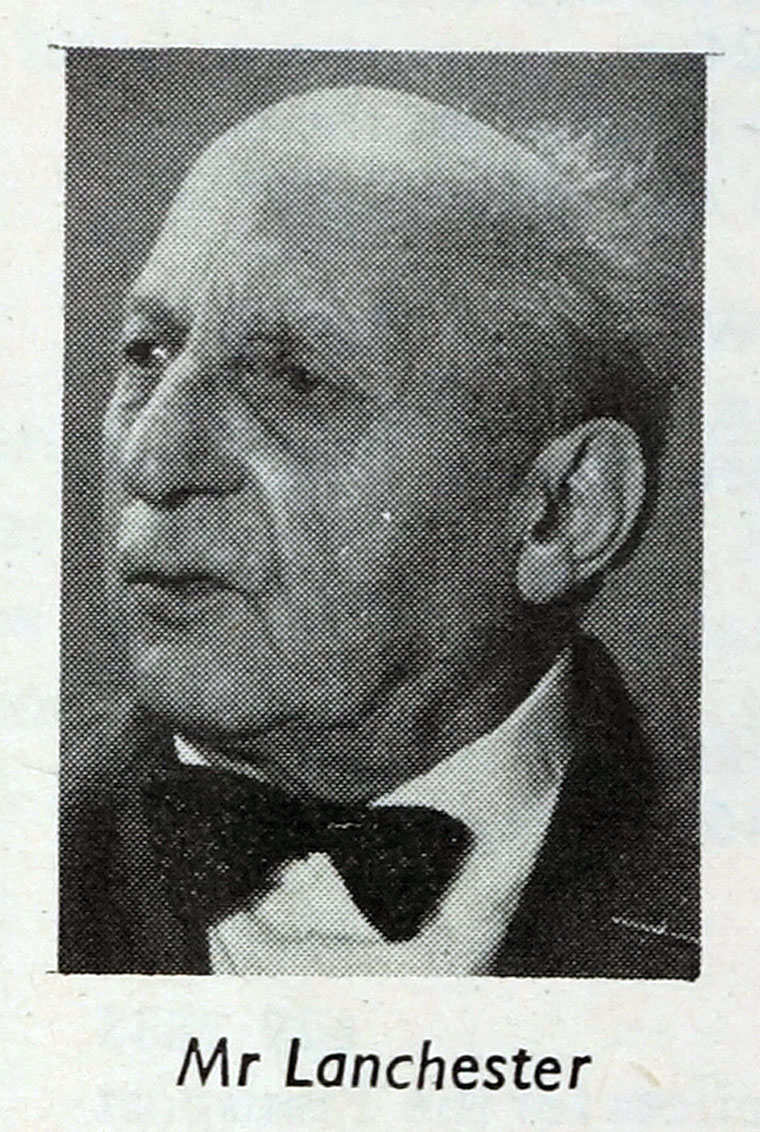 In 1909, following the departure from full-time involvement with the company of his elder brother Frederick, George took over responsibility for the Lanchester Motor Co. Thereafter, while Frederick pursued his own career as one of the leading automotive and aeronautical engineers of the time, it was George who ran the business the brothers had established together.

In 1889, at the age of 15, George started an apprenticeship with the Forward Gas Engine Co in Birmingham. His elder brother was already Works Manager with the same company. Four years later, setting a pattern for the future, Frederick left the company in order to pursue a full-time career as a research scientist, concentrating on the field that would later come to be known as aerodynamics. George, though still only 19, took over his brother’s position as Works Manager.

Between 1894 and 1898 the brothers worked together on the development of a petrol (gasoline) powered passenger car. There being no established auto-component industry, a large number of components had to be designed and constructed from scratch, and much of this detailed work was undertaken by George, both for the first Lanchester car and for two subsequent mechanically identical prototypes.

In 1899 Frederick and George along with their middle brother Frank set up the Lanchester Engine Co. Frederick, as leader of the triumvirate, was chief designer and general manager while Frank took on the duties of a sales manager. George’s role could be defined as that of Production Manager, albeit with a wider range of duties and responsibilities than that title implies. He quickly developed deep insights into the nascent techniques of auto-production methodology. His duties also extended to delivering cars to the more important customers, reportedly on one occasion suffering twenty tire bursts or punctures between Birmingham and Brighton on a single delivery job.

After the Lanchester Engine Co was put into receivership, the three brothers formed the Lanchester Motor Co where they were both the directors and the principal owners. There are suggestions that the relationship between them in these circumstances was sometimes a tense one. After Frederick left the company in 1909 to pursue a more independent career, George added "Chief Designer" to his portfolio of company responsibilities, though Frederick continued to provide input on a consultancy basis, and new models appearing in the aftermath of this change continued to reflect the elder brother's inputs more than those of George, being in large measure developments of existing 20hp and 28 hp predecessors that had been introduced between 1904 and 1906.

1914 Took on post of chief engineer of Lanchester Motor Co

A boardroom battle in which George and his elder brother Frederick found themselves on the same side concerned the need to diversify the range down-market: between 1925 and 1929 George submitted to the board proposals for a less expensive luxury car of just six cylinders which would have enjoyed a fiscal horse power (which effectively defined car classes in Britain at the time) of 16 hp. Other directors preferred to concentrate only on the upper echelons of the car market, however, which left the business vulnerable to the economic downturn which arrived at the end of the 1920s.

In 1931 the company's bankers decided they no longer wished to provide Lanchester's relatively modest overdraft, giving the company two weeks to pay up. The company was steamrollered into a sale of the business to BSA which had a much larger overdraft, but which, as a major military supplier, enjoyed a privileged position with a UK political and banking establishment which remembered too well one world war and were no doubt mindful of a need to prepare for the next one.

George Lanchester remained with the company following the take-over but he no longer called the shots.

In 1936 George left the company he had founded with his brothers and went to work for Alvis.

Subsequently, during the Second World War, George, by now reaching his later 60s, worked for the Sterling Armament Co.

After the war George continued to work, both as editor of the Automobile Engineers' Years Book, and as a consultant engineer to Russell, Newberry and Co where his work included projects involving cylinder head designs for industrial diesel engines.

In 1961, the year in which he became 87, the company changed hands, and in George's words he was "given the sack for being too old".

His wife having died in the early 1950s, George's final years were buoyed up by a second marriage but hampered by his failing eye-sight.

An engineer to his fingertips, 'Mister George' was somewhat overshadowed in the public mind by his famous brother, but he was admired and respected as a great engineer and designer by all who worked with him. His long involvement with automobiles began in 1895 when he helped his brother to build an experimental single-cylinder car. Later, as Chief Engineer of the Lanchester Company, he took charge of the redesigning of the six-cylinder engine which appeared in 1910 as a 38 hp model. Between the two world wars he was almost entirely responsible for the advanced overhead camshaft six-cylinder engine used in the Lanchester 40. In 1936 he joined Alvis as Chief Engineer and produced the Silver Crest before working on the design and development of light tanks and armoured cars.

Throughout his long life Mister George endeared himself to everyone he met; kind, thoughtful and with a strong sense of humour, his zest for life was as strong at the end as when he was young. The Institution and the Automobile Division mourn the loss of a great and delightful man.