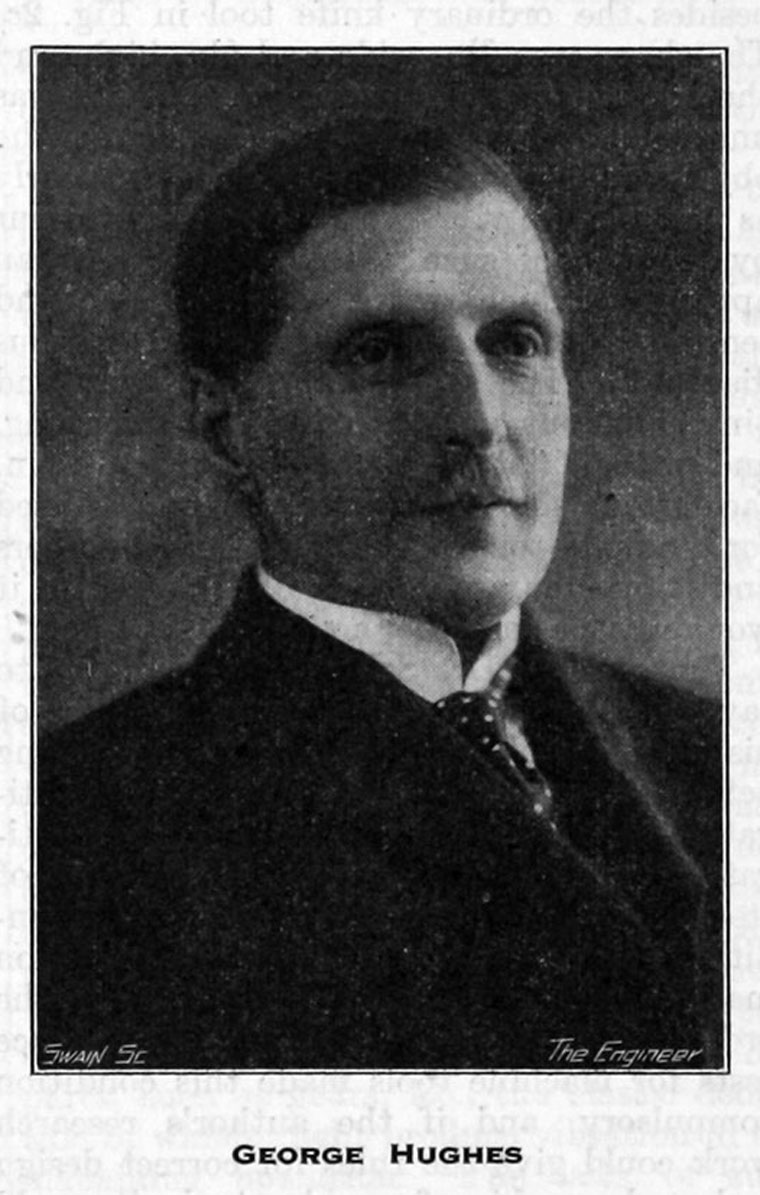 George Hughes (1865-1945) was a locomotive engineer, Lancashire and Yorkshire Railway and the London, Midland and Scottish Railway.

GEORGE HUGHES was the first chief mechanical and electrical engineer of the London, Midland and Scottish Railway; and he will also be remembered for his distinguished career in the same capacity for eighteen years in the service of the Lancashire and Yorkshire Railway.

He was born in 1865 and served a premium apprenticeship at the Crewe works of the London and North-Western Railway from 1882 to 1886, where he continued for another year as a fitter. He then began his long connection with the Lancashire and Yorkshire Railway and, after a period of control of the test room, which he completely remodelled, transforming it into a general physical laboratory for the works, he was transferred to the locomotive running department with the post of outdoor assistant, and in the same year was placed in charge of the Horwich gasworks. About this time he was engaged on the writing of his best-known work, "The Construction of the Modern Locomotive", which became the classical work on the subject.

In 1895 he was made assistant carriage and wagon superintendent and took over the duties of manager of the works at Newton Heath, with the control of some 3,500 men. From 1899 to 1904 he was principal assistant to the chief mechanical engineer and manager of the locomotive works. He succeeded H. A. Hoy as chief mechanical engineer in March 1904, a position he continued to hold on the amalgamation, in 1922, of the Lancashire and Yorkshire and the London and North-Western Railways.

On 1st January 1923, following the formation of the London, Midland and Scottish Railway, he became chief mechanical and electrical engineer of that company, retiring, at his own request, in 1925. Mr. Hughes, whose death occurred at Stamford, Lincolnshire, on 27th October 1945, had been a Member of the Institution since 1899 and served as a Member of Council from 1911 to 1920. In 1909 he read a paper on "Locomotives designed and built at Horwich, with some Results", and in the next year a paper on "Compounding and Superheating in Horwich Locomotives". He was also a Member of the Institution of Civil Engineers.