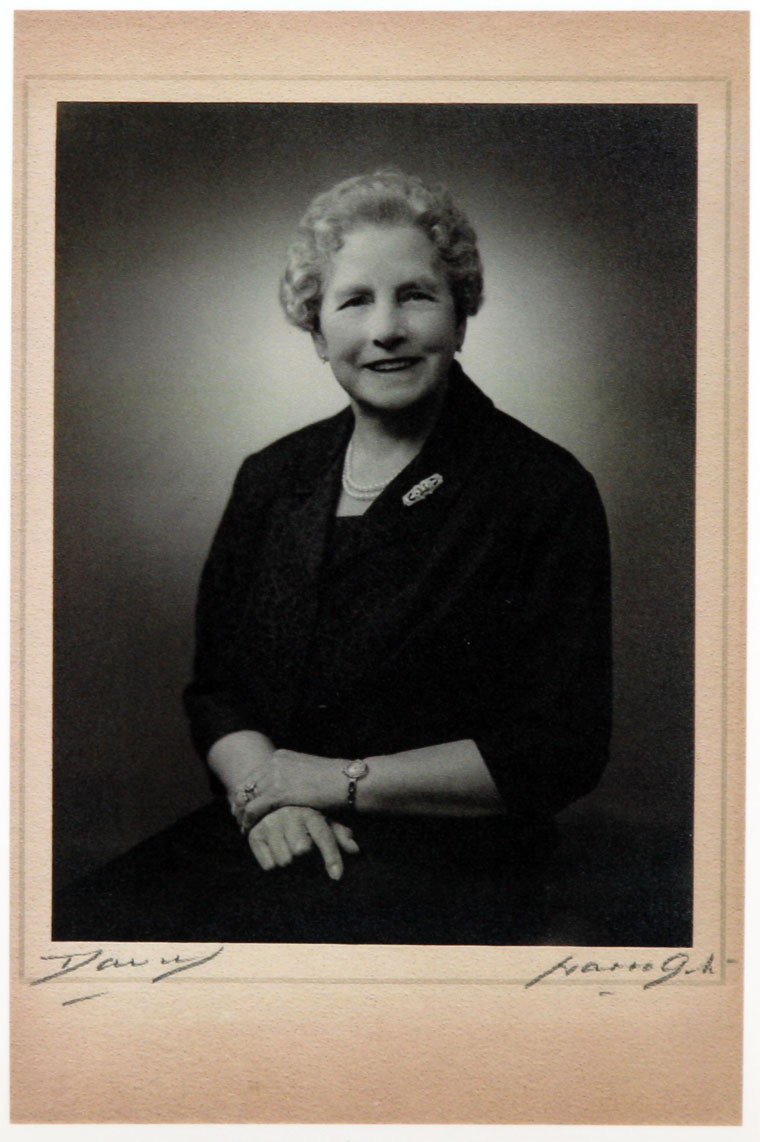 1899 Working as a milliner in a grocer and confectioner's shop run by her elder sister, Hettie in Sheescar, Leeds.

1904 Married Job Isles and they lived at Prospect House, Farsley and had six children.

1910 Became the Managing Director of her husband's engineering company, Isles

1919 Her husband, Job Isles died and she became the Chairman of Isles.

She was assisted in running the company by son in law, John Benjamin Keighley and her two sons Aubrey Isles and John Isles. One of her daughters, Kathleen Isles, became the company secretary.

1943 Gertrude Agnes Isles laid a foundation stone to commemorate the extension of the premises that at that time had 150 employees making munitions for WWII.

2013 Foundation stones (Gertrude's and J. B Keighley's) were in the back garden of John Isles' home at 6 Park Court, Pool, Wharfedale.

Gertrude Isles had a keen sense of humour, a cheerful disposition, was considerate to others and very proud of her children and grandchildren. [1]