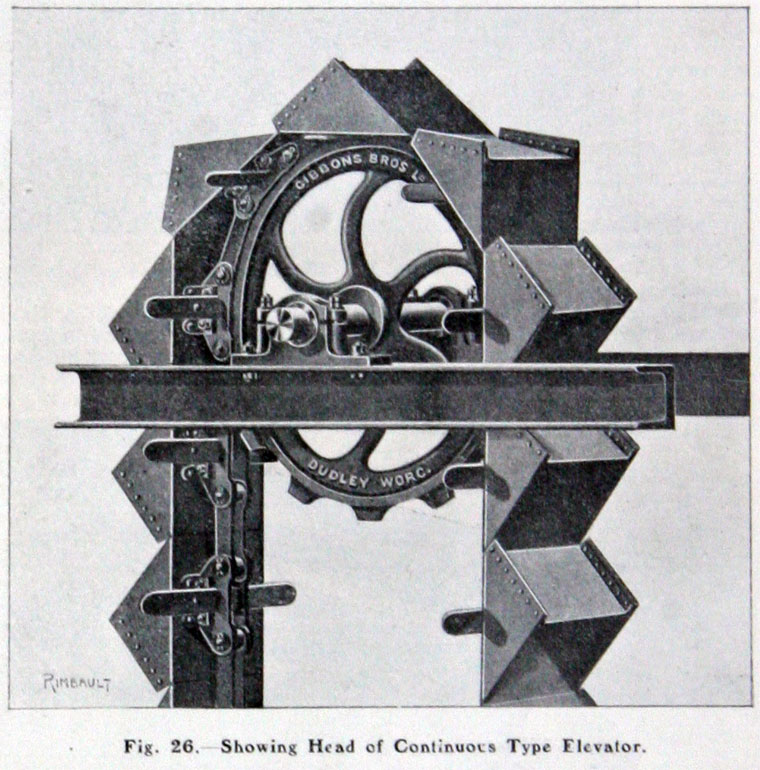 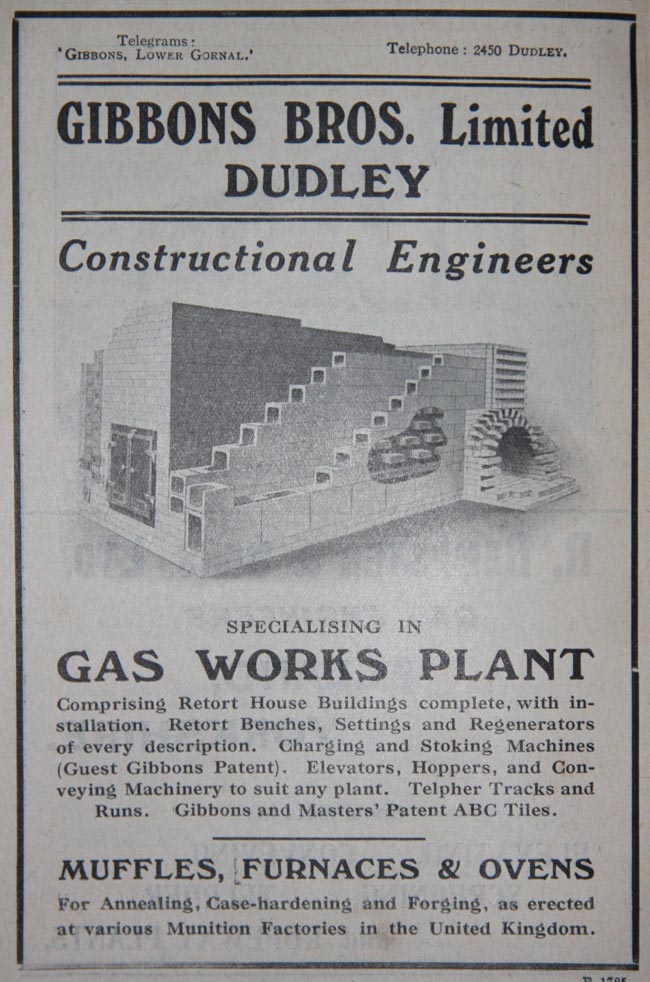 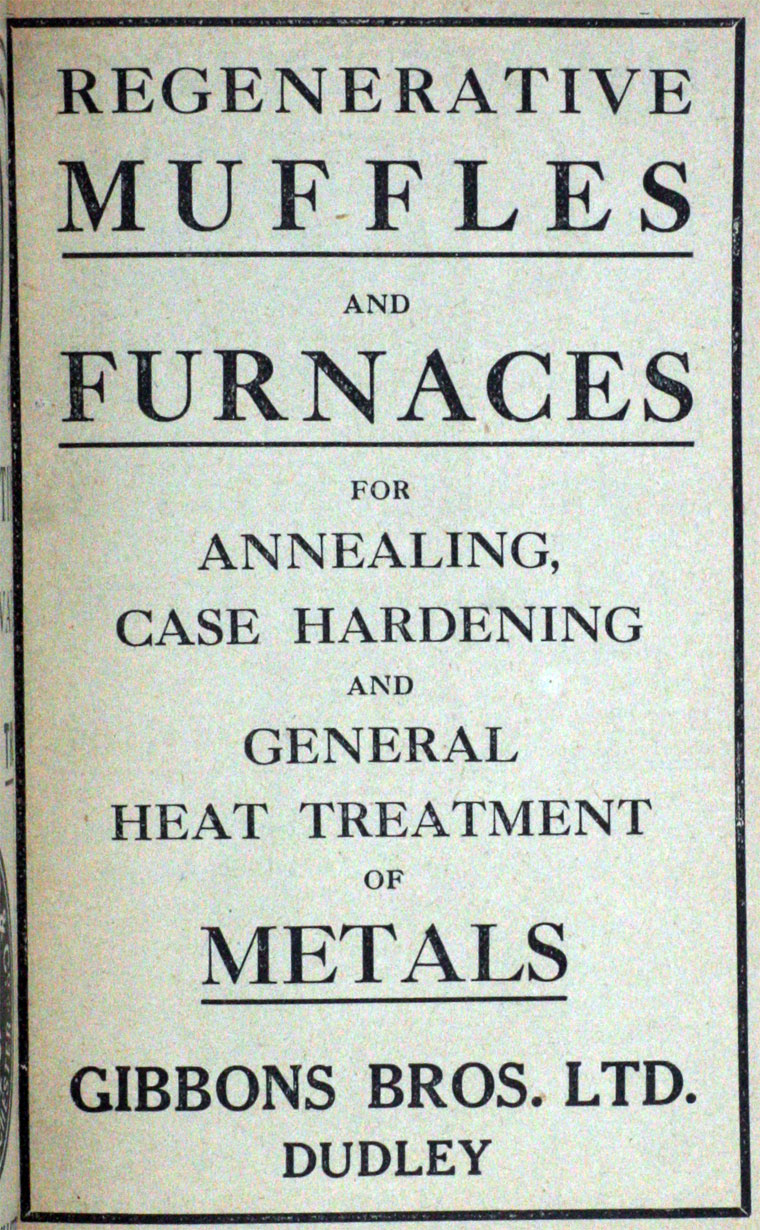 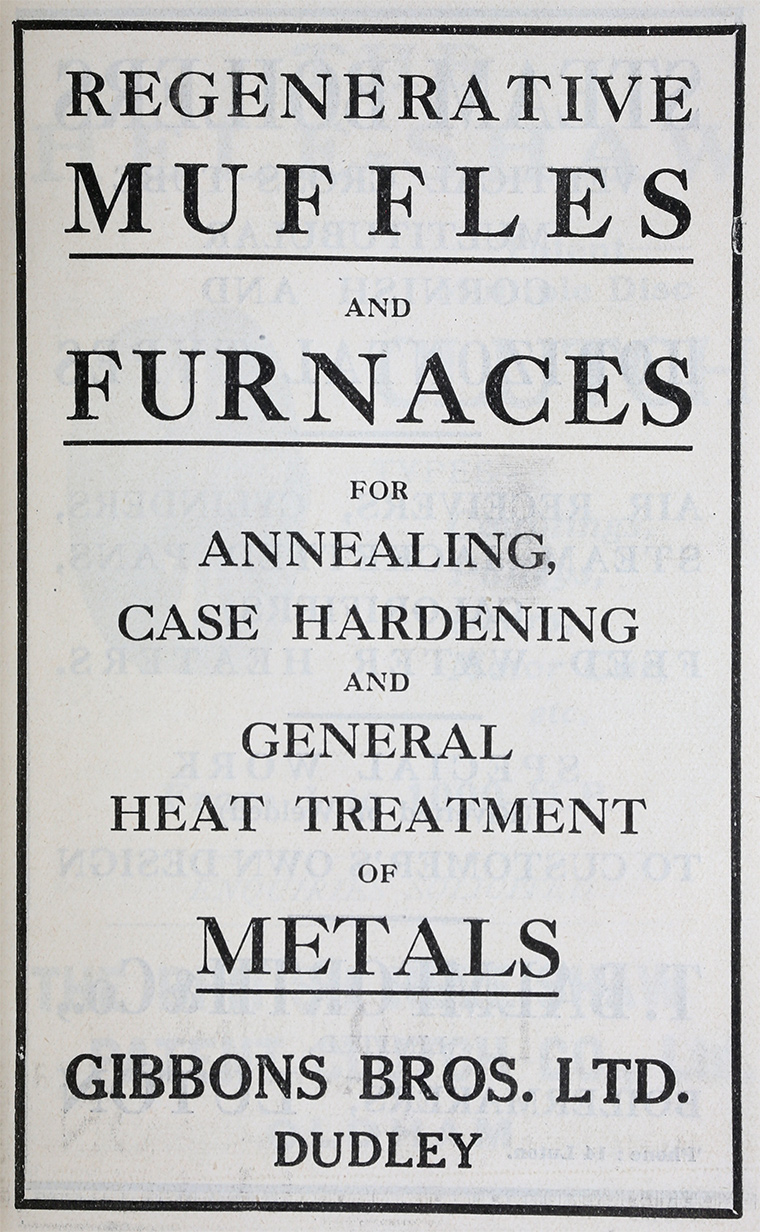 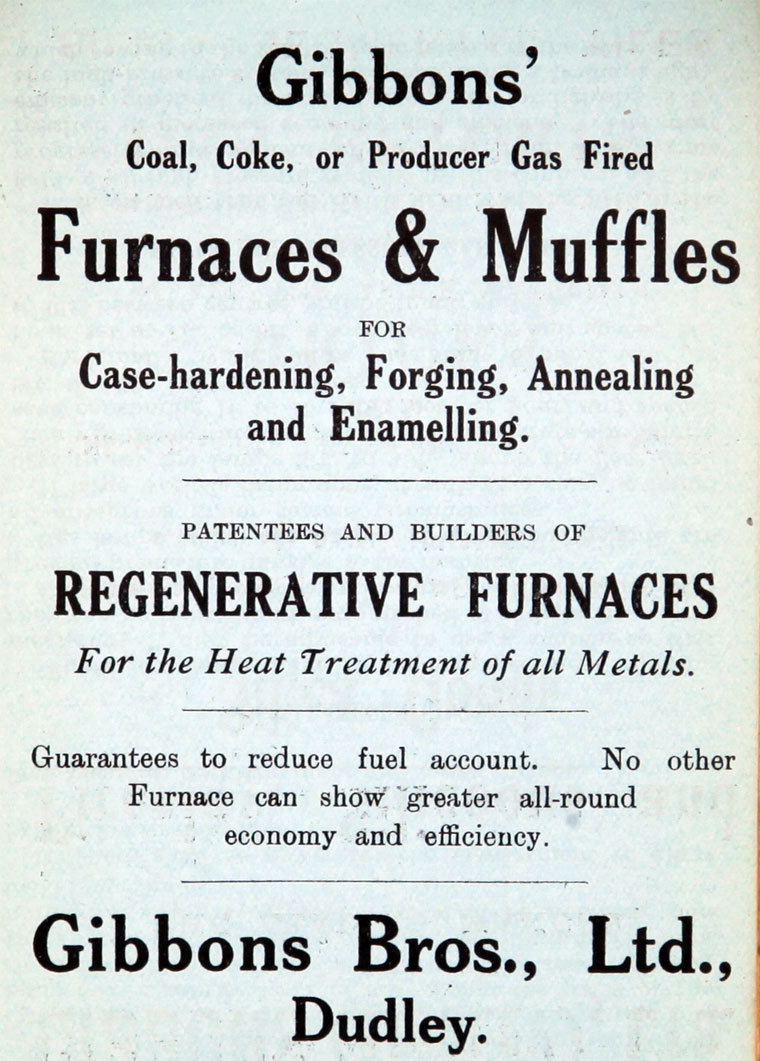 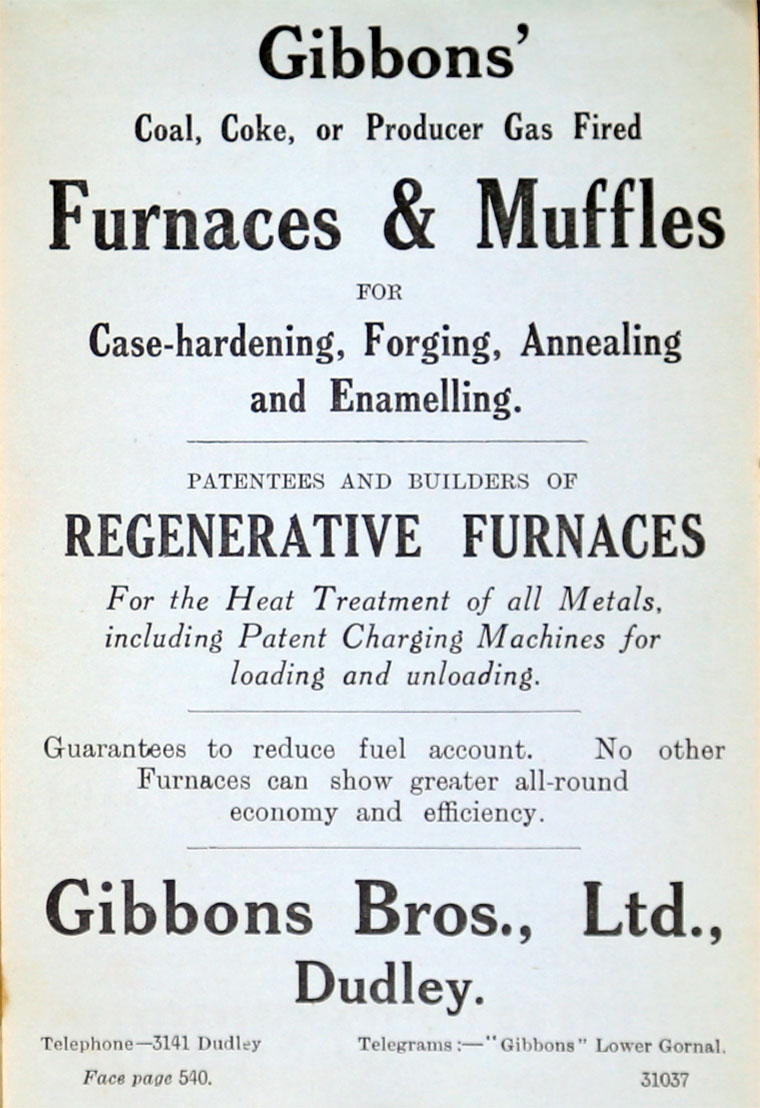 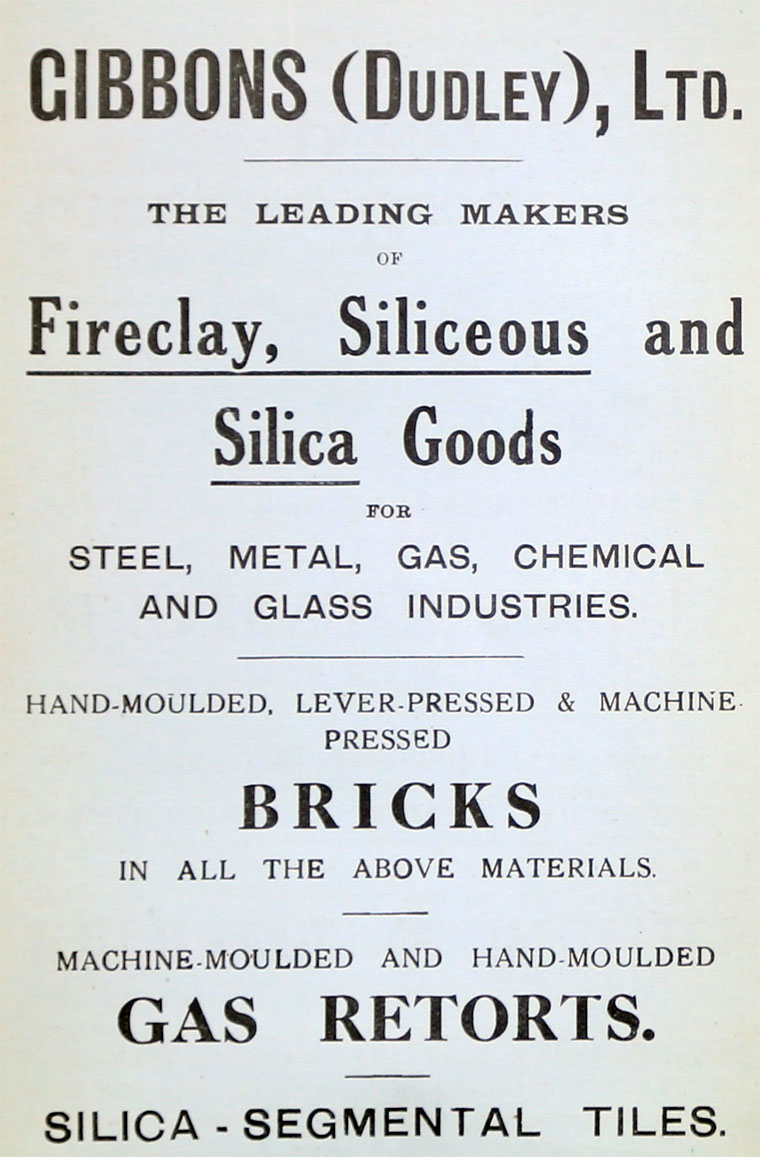 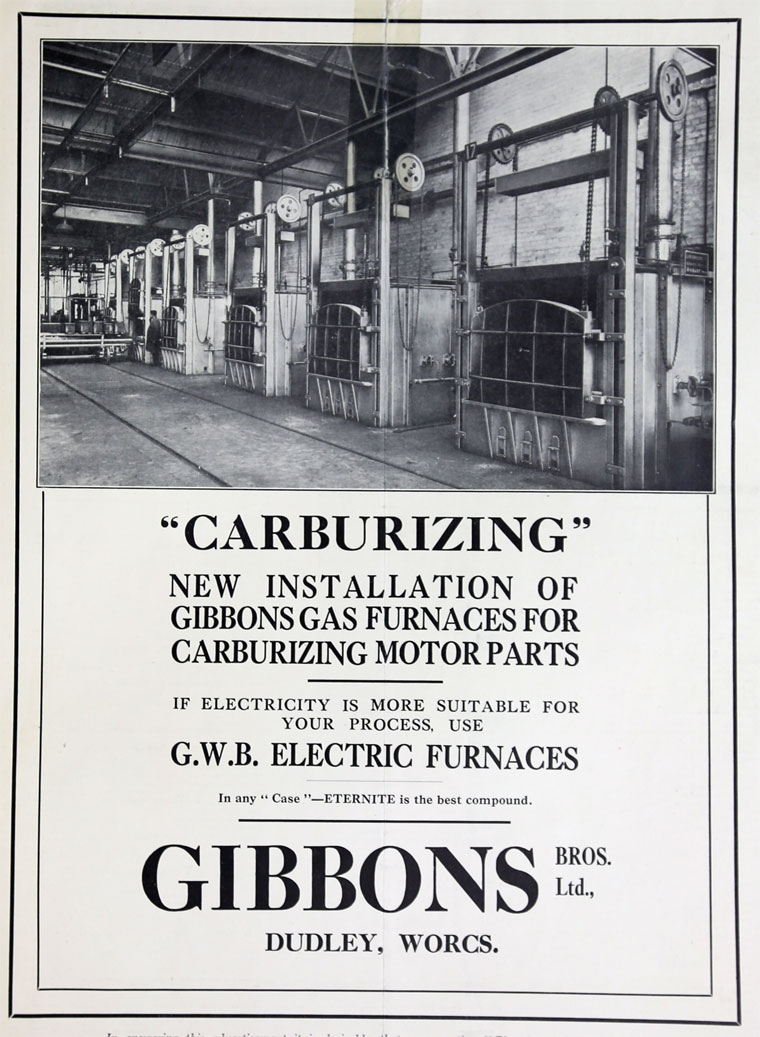 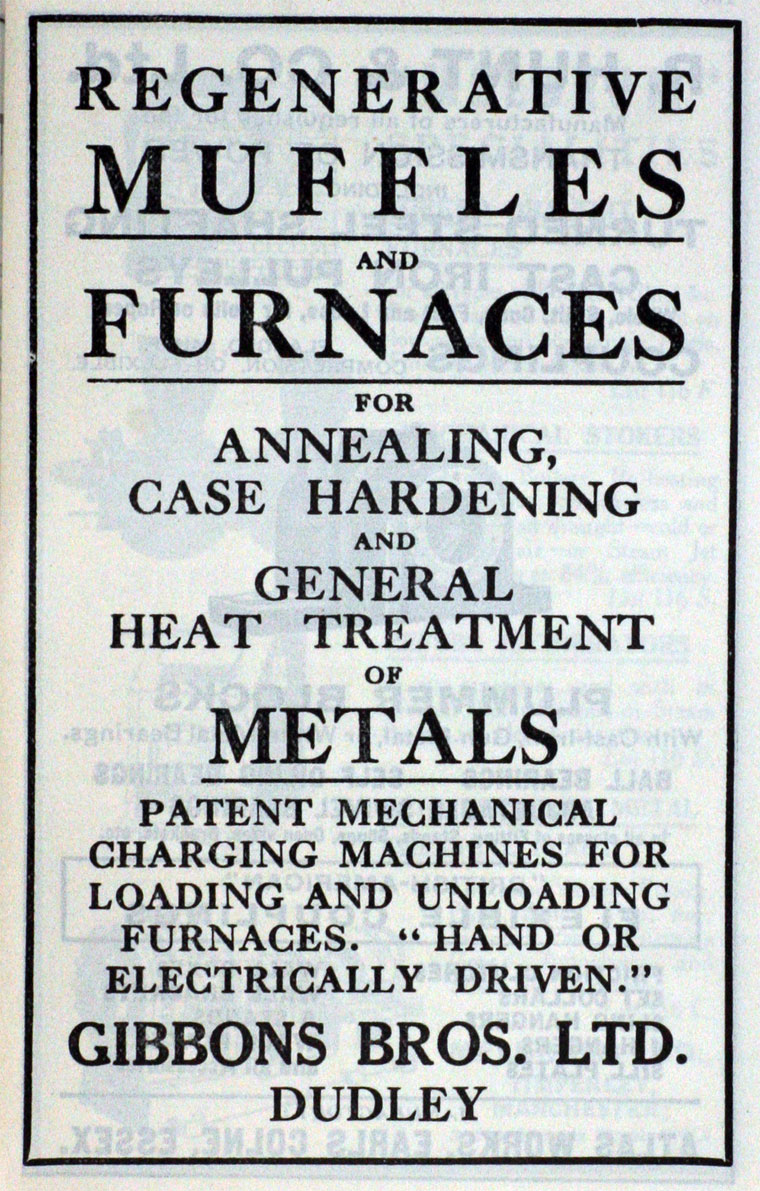 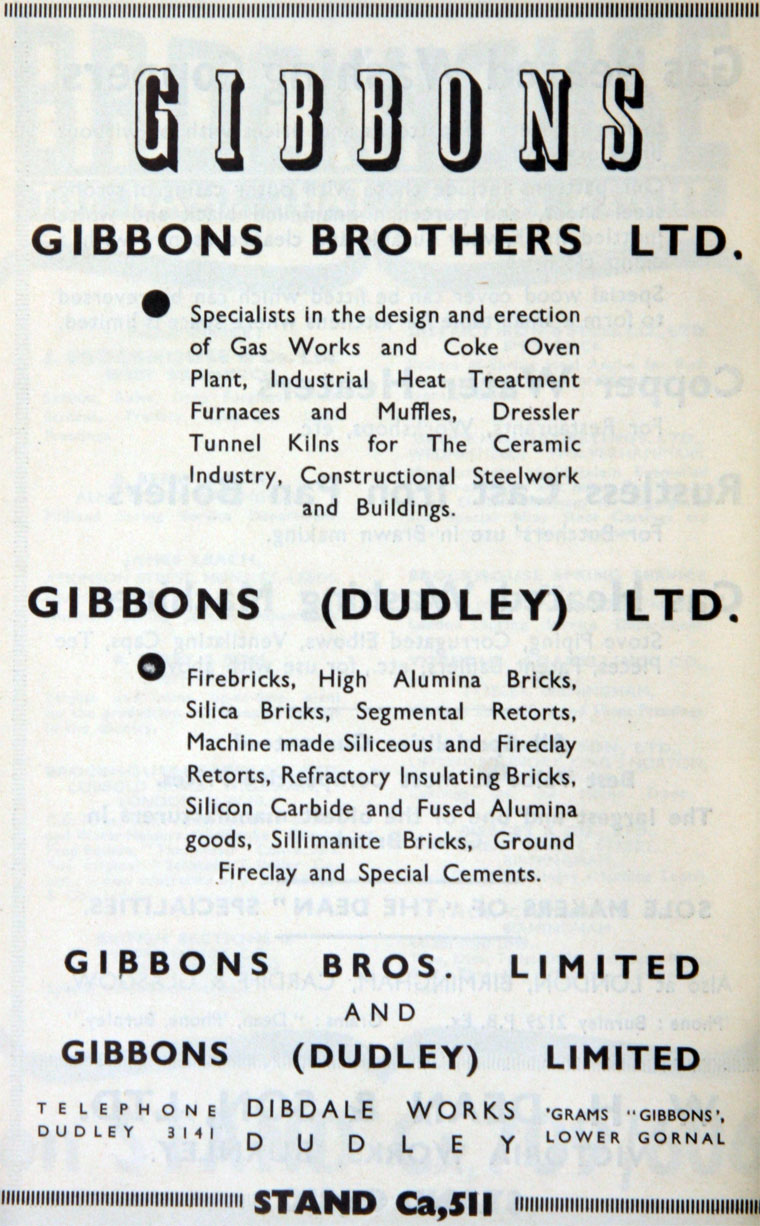 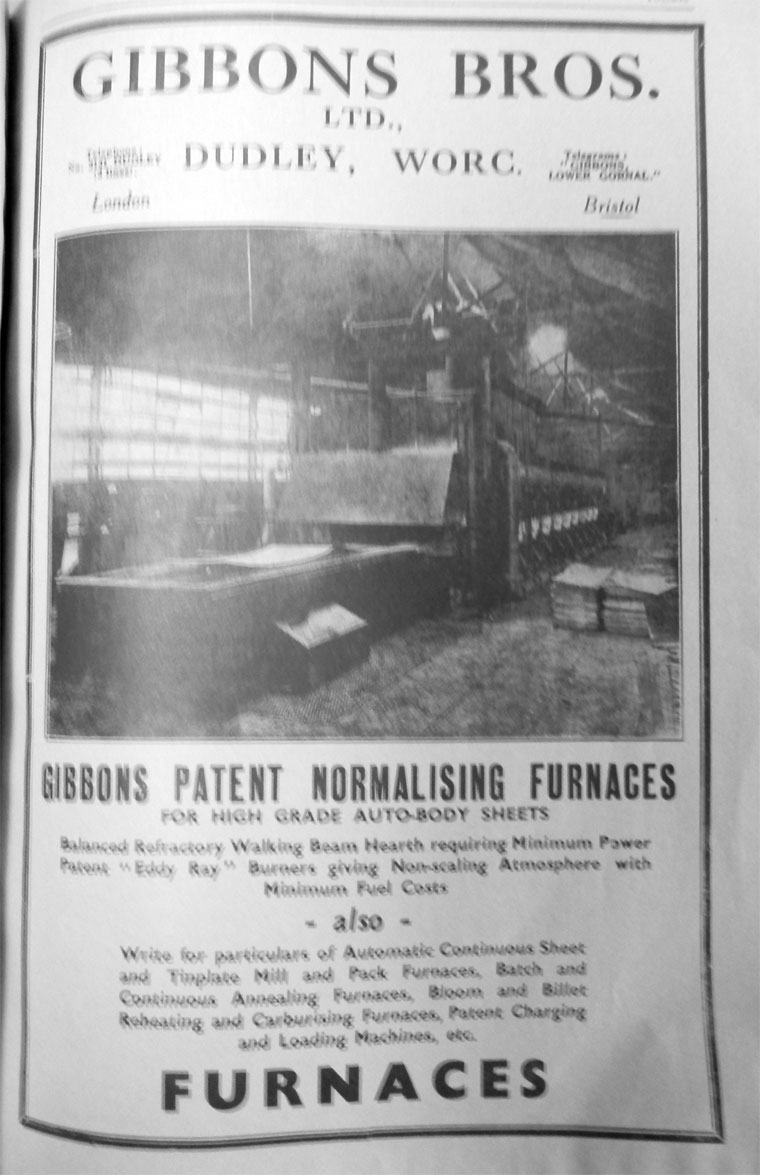 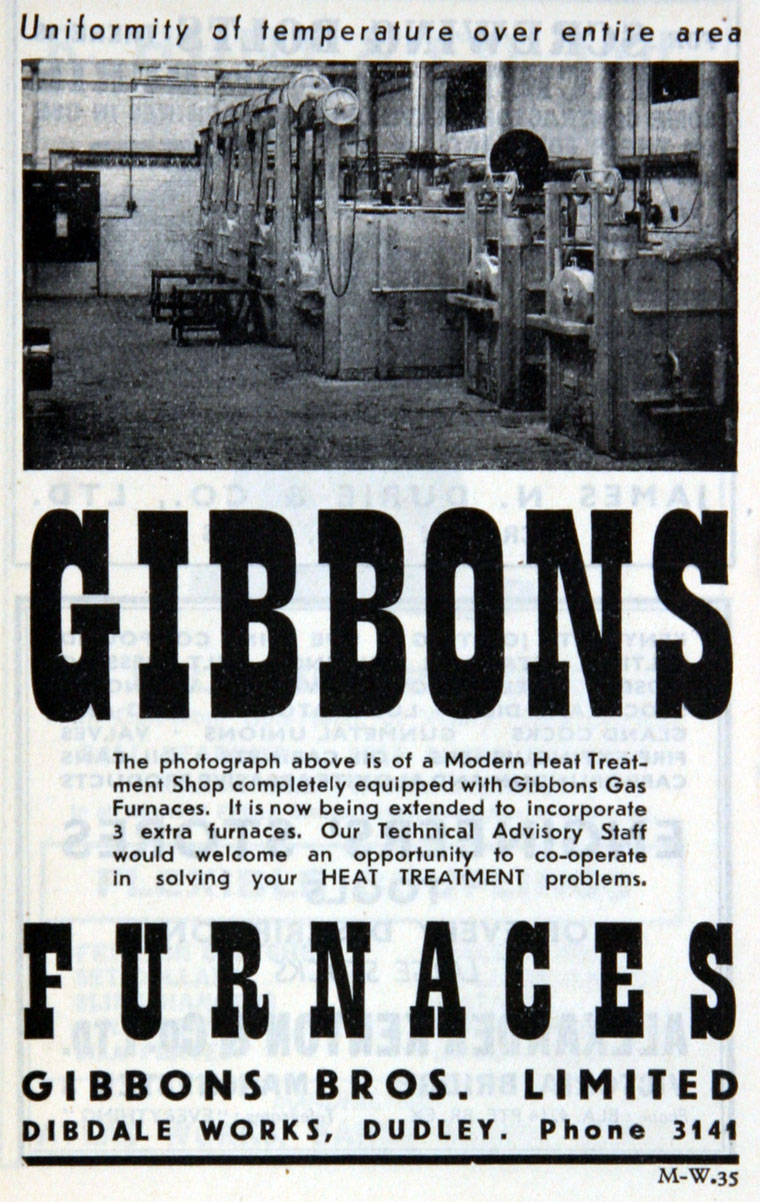 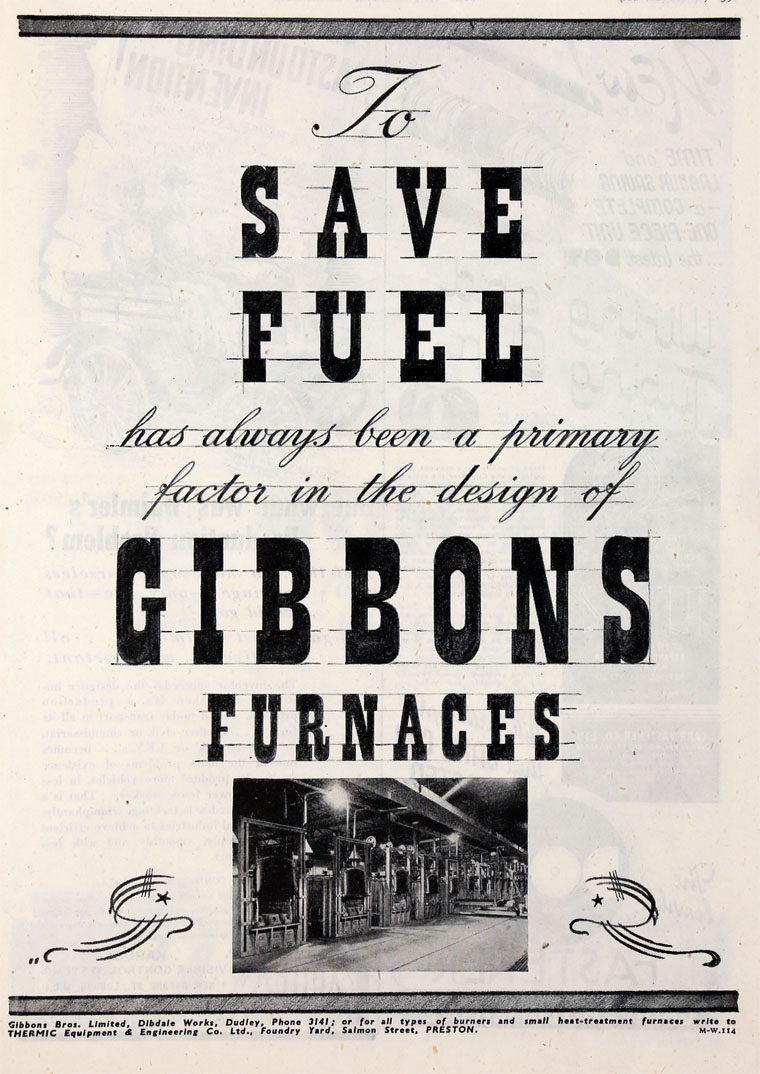 1895 Incorporated as a Limited Co.

1917 Advert for regenerative muffles and furnaces.

1919 Advert for regenerative muffles and furnaces.

1927 Advert for regenerative muffles and furnaces.

1955 The company was the main source of profit in the Gibbons (Dudley) group; a change in type of fuel used in furnaces had to be met by development of new lines of business[3]

1960 Orders for furnaces for the gas industry had disappeared; new orders were for a plant to gasify low grade coal and a limestone oven for the steel industry[4]

1960 Wellman, Smith, Owen Engineering Corporation and Wellington Tube Holdings both made bids for Gibbons (Dudley) Ltd ; the Wellington bid was recommended by the board and was accepted[5].