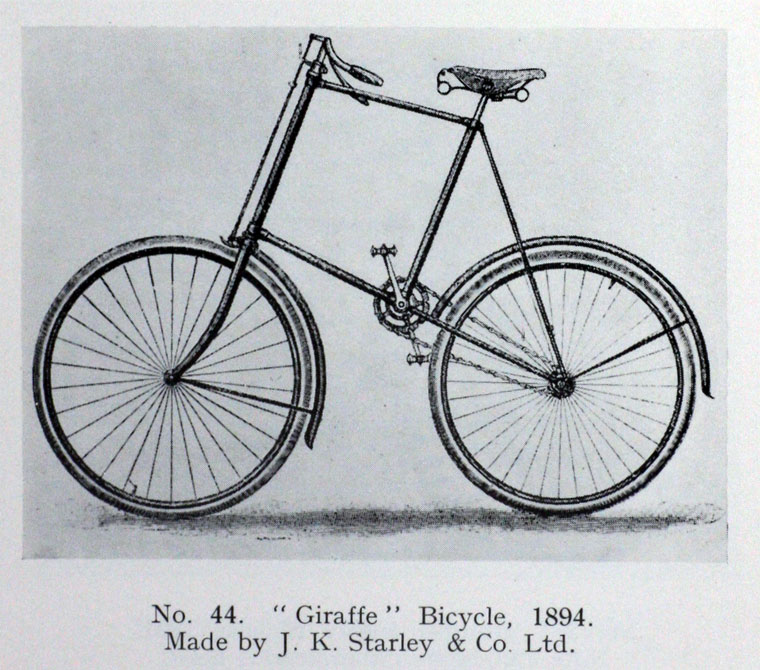 The first 'Giraffe' was built by Messrs. Humber and Co. Ltd., Beeston, and exhibited by them on Stand No. 155 at the Stanley Show, November, 1893. In the Show catalogue appeared an advertisement, inserted by Mr. McCormack, the inventor, inviting manufacturers to take up his machine.

Later it was made, under license, by J. K. Starley and Co and the Rudge Cycle Co, but owing to other firms building similar machines without paying royalties to the inventor, these two Coventry manufacturers ceased to market 'Giraffes.'

One of the advantages claimed for the 'Giraffe' was that the rider was enabled to see over hedges: it was also stated to have a very rigid bracket, to be exceptionally free from side-slip, and a clean mount in muddy weather.

A letter from Mr. McCormack, the inventor, is attached to the exhibit.