Sourton Quarry with equipment by Frederick Parker and Goodwin Barsby and Co. Image taken in 2019. 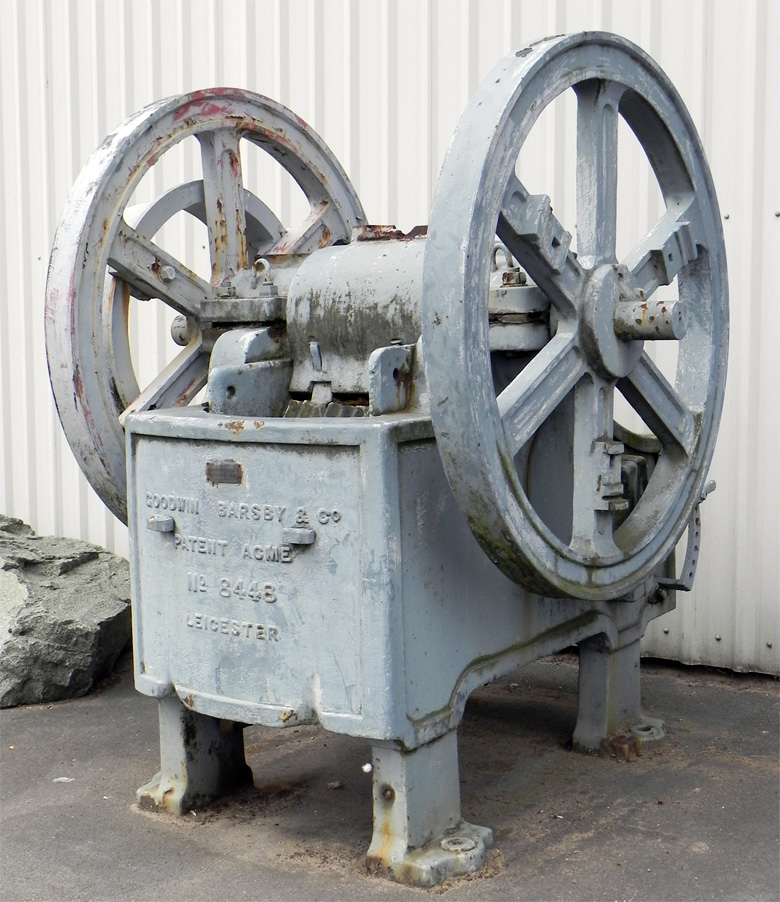 Stone crusher. No 8448. Exhibit at the Snibston Discovery Museum. 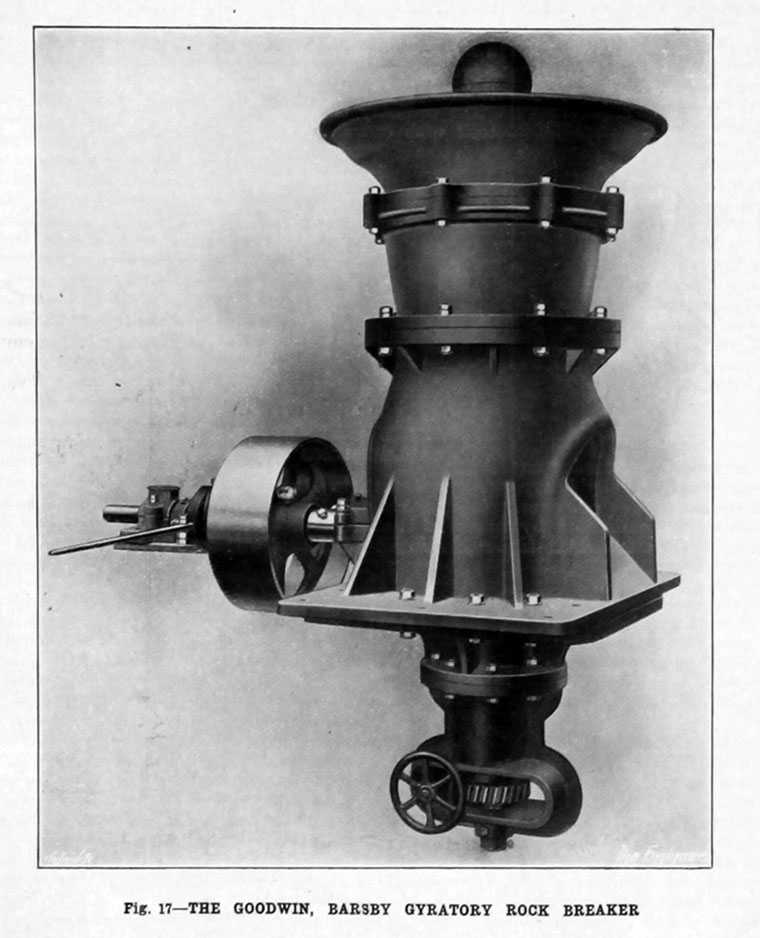 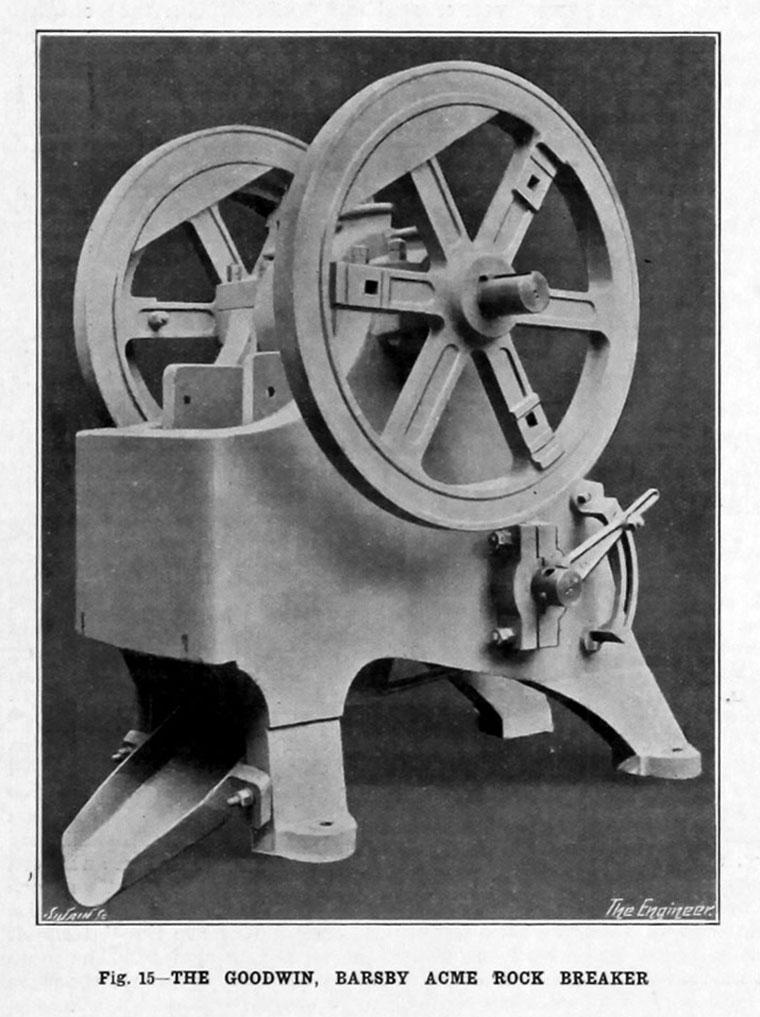 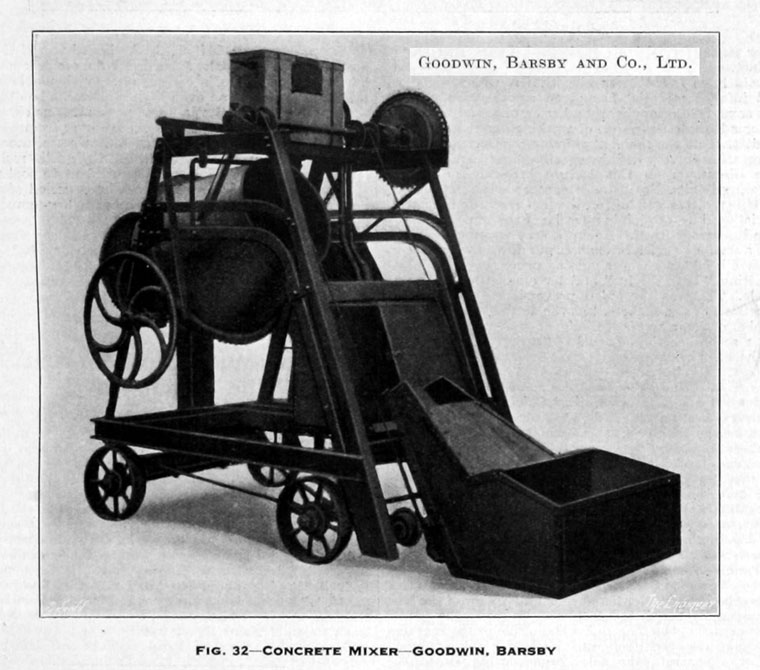 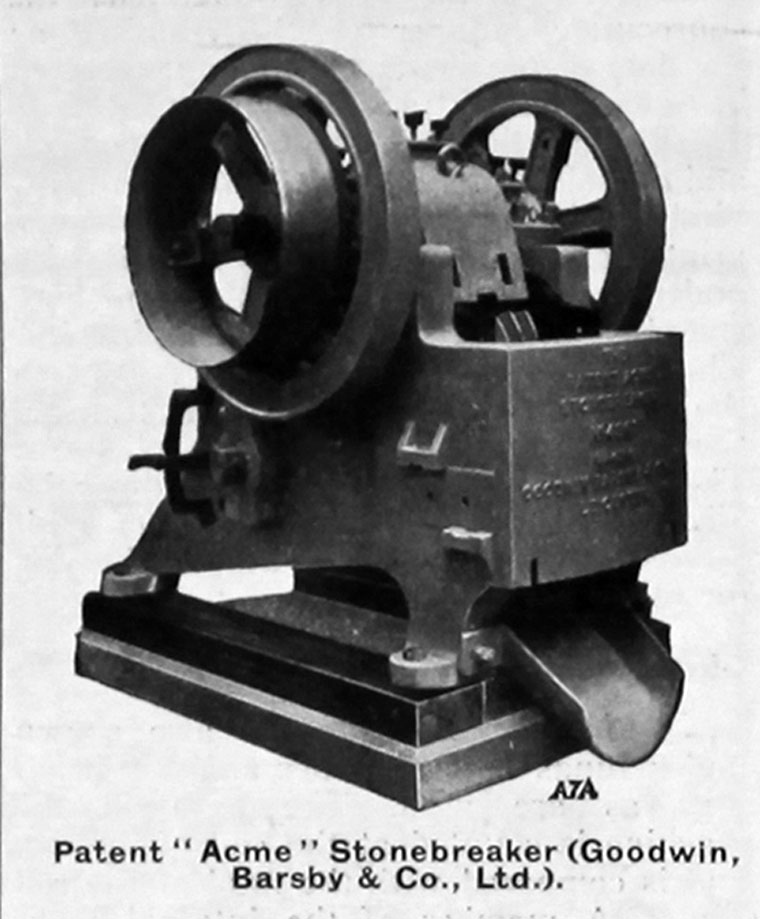 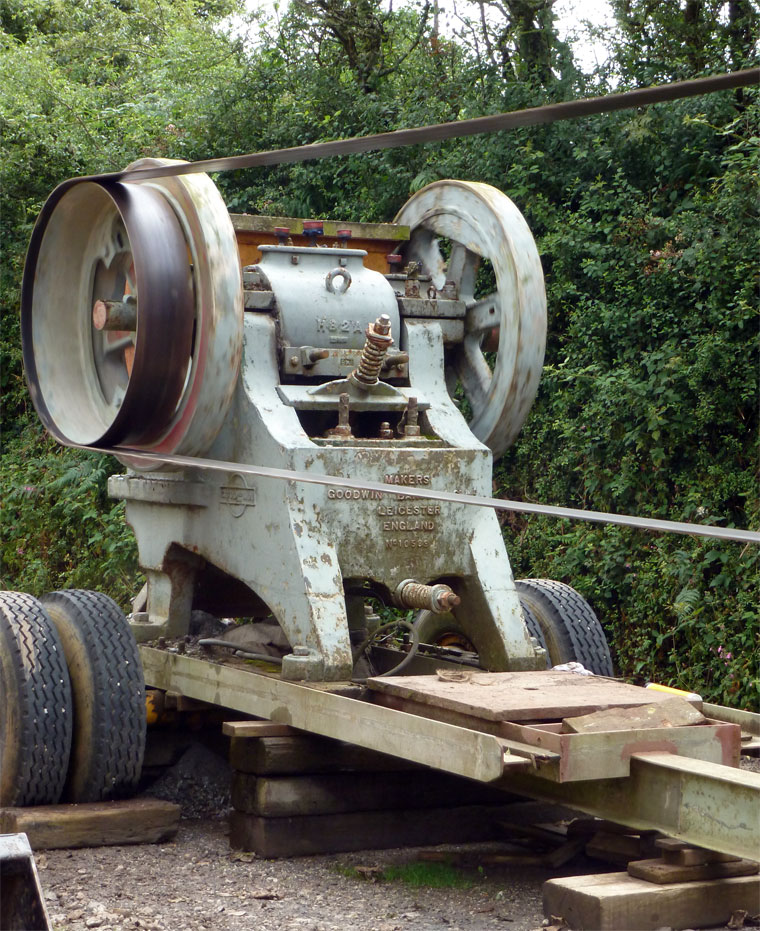 1875 Company founded by Robert Pochin, and (presumably) Samuel Bailey Goodwin and others

1895 Dissolution of the Partnership of Samuel Bailey Goodwin and Robert Pochin carrying on business as Iron and Brass Founders Engineers and Machinists at Star Foundry Church-gate, St. Margarets Foundry, Watling-street and Luke-street, Leicester under the style or firm of Goodwin Barsby and Co. All debts due were to be paid by Robert Pochin by whom the business would be continued on his own account under the previous name and style.[1]

Robert Francis Pochin and Harry S. Pochin were sons of one of the founders of the firm, joining the business at an early age.

1989 the company was purchased by Boliden-Allis

2001 Acquired by Metso Minerals during the Nordberg and Svedala merger.