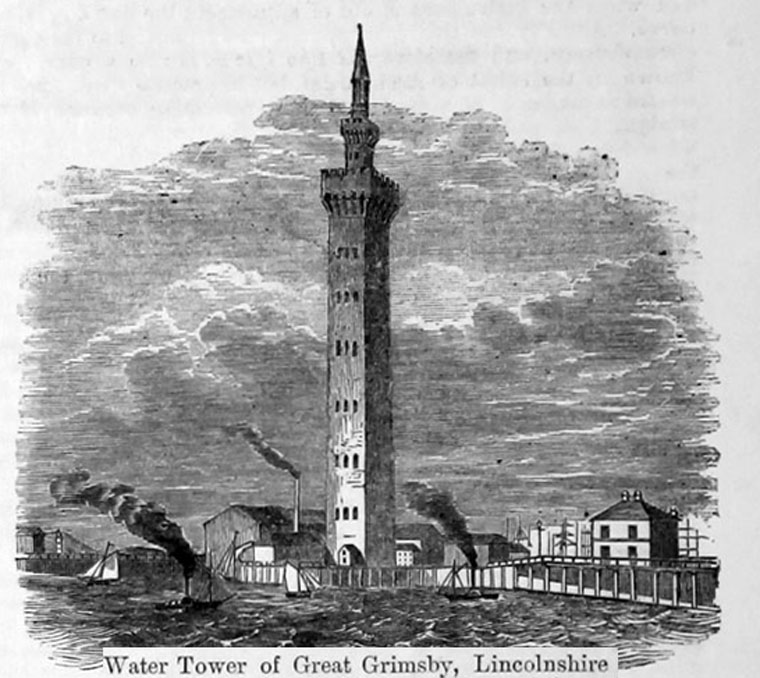 The Great Grimsby and Sheffield Junction Railway was an early British railway company which existed between 1845 and 1847 with the intention of providing rail services between Grimsby, New Holland and Gainsborough in the county of Lincolnshire.

1796 It began as Grimsby Haven Company, when the harbour was enlarged. When new fishing grounds were discovered on the Dogger Bank trade increased and in 1845 the Grimsby Haven became part of the Grimsby Docks Company. Five of its directors were also on the board of the proposed Great Grimsby & Sheffield Junction Railway, intended to connect with the proposed Sheffield and Lincolnshire line. The decision was taken to amalgamate the two undertakings.

Both the SA&MR and the S&LJR were well represented on the board and it was the latter's engineer who had carried out the survey in 1844. He offered three alternatives, via Brigg, via Caister or via Market Rasen. Of the three, the first was chosen, with a branch from Brigg to Market Rasen.

1845 The line received the Royal Assent at the same time as the Grimsby Docks Company was approved in 1845. The ferries on the Humber were also purchased and a branch would be built to New Holland.

In 1846 permission was gained for line from Market Rasen to Lincoln.

1847 It merged with other lines and became the Manchester, Sheffield and Lincolnshire Railway

1847 The first board meeting of the amalgamated Manchester, Sheffield and Lincolnshire Railway took place on 6 January 1847.

1848 Work concentrated on the section between Grimsby and New Holland, which opened on 1 March 1848 concurrently the East Lincolnshire Railway from Grimsby to Louth (now part of the Great Northern). There were stations at Goxhill, Ulceby, Habrough, Stallingborough and Great Coates.

1849 The station at Thornton Abbey was built in 1849 replacing one at Thornton Curtis. The line from Ulceby to Brigg opened a few months later, followed by that to Market Rasen and thence to Lincoln. The first included stations at Brocklesby and Barnetby. The latter had stations at Moortown, Holton, Usselby, Wickenby, Langworth and Reepham.

The section between Brigg and Gainsborough opened in 1849, with stations at Scawby and Hibaldstow, Kirton Lindsey, Northorpe and Blyton.