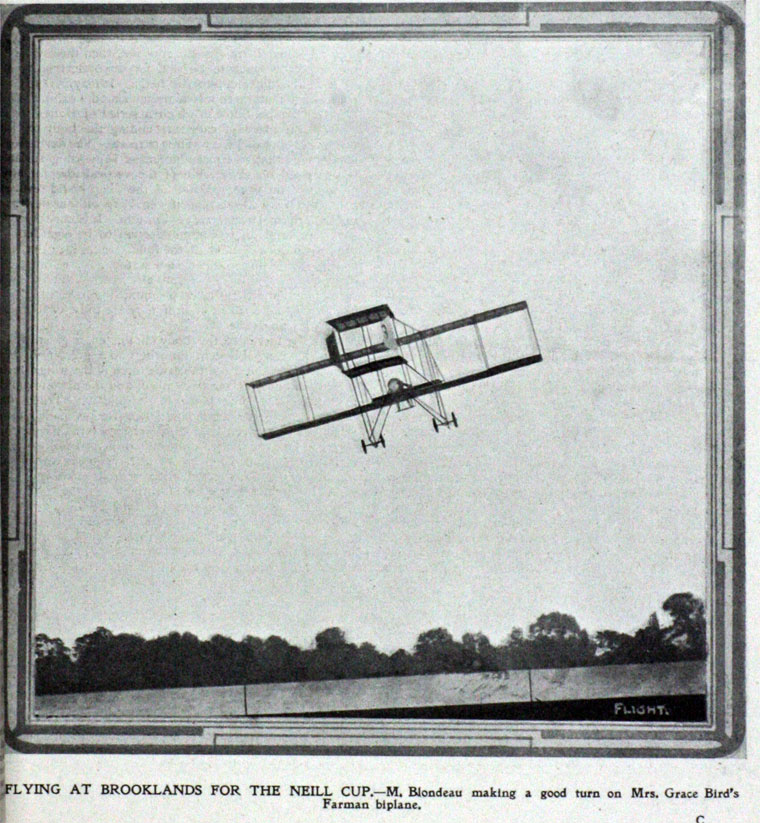 1910 Graduated from Farman Aircraft at Mourmelon in France on July 10th 1910, joining the Gnome engine works.

He then opened his own flying school at Brooklands, Surrey in conjunction with Hilda B. Hewlett.

Together they formed Hewlett and Blondeau to build Farman, Caudron and Hanriot aircraft under licence, Caudron being the first in Britain. The factory was a disused ice-skating rink in Clapham, London, called the 'Omnia' where eventually they produced ten different types of aircraft.

In May 1914, Hewlett and Blondeau bought a field in Leagrave, Bedfordshire, specifically to build Farman aircraft. When war was declared in August 1914, the factory was just ready for government orders for the war effort.