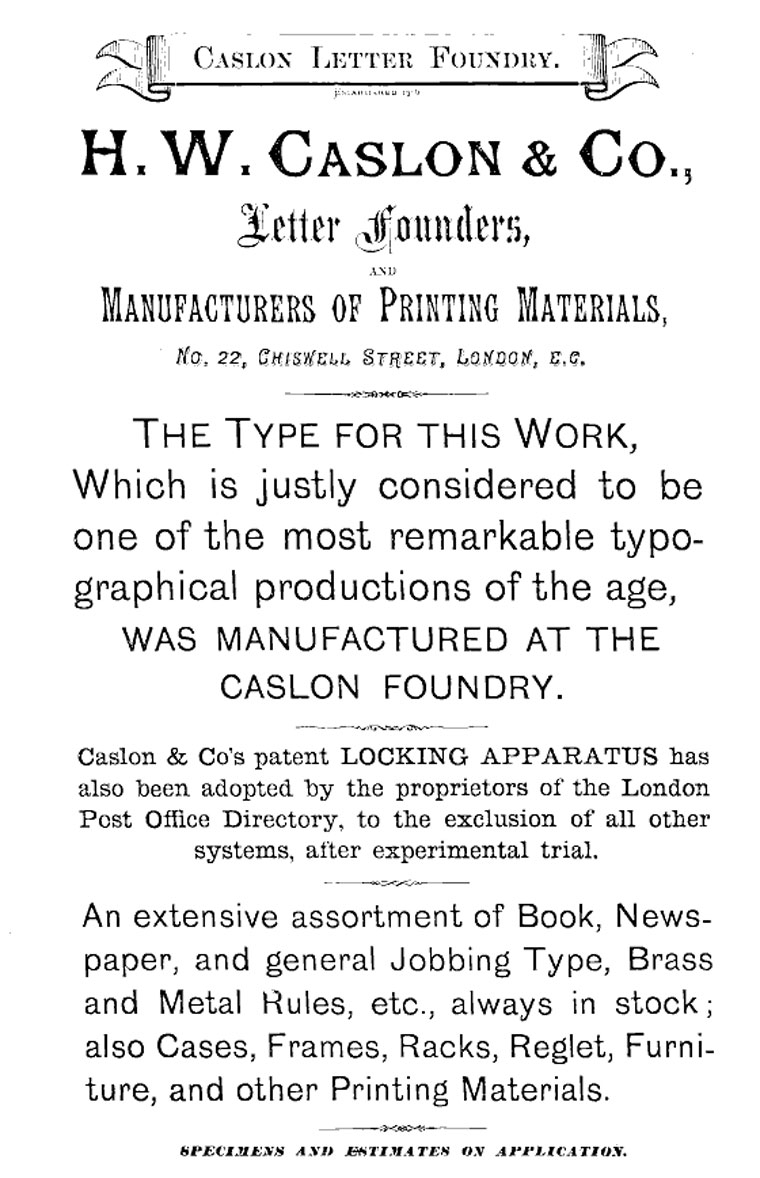 1849 Partnership dissolved. '...the Partnership heretofore subsisting between us the undersigned, Henry Caslon and Henry William Caslon, carrying on business as Type Founders, at No. 23, Chiswell-street, Finsbury-square, in the county of Middlesex, under the name or firm of Henry Caslon and Son, was dissolved by mutual consent...'[1]

1850 Purchased the Glasgow Letter Foundry, Alexander and Patrick, the grandsons of the founder joined the company and it was renamed as H. W. Caslon and Co.

1862 Patent. '915. And Henry William Caslon and George Fagg, both of Chiswell-street, in the county of Middlesex, Type Founders, have given the like notice in respect of the invention of "improvements in casting printing types, and in apparatus for rubbing the same."'[2]

1865 There was an 8-month-long strike and lockout. The two Wilson partners and Thomas White Smith, a trusted employee of the firm since 1857, left

1874 H.W. Caslon died at Medmenham, the last male in the Caslon line; he left the whole foundry to Smith.

Thomas White Smith retained the firm's name as H. W. Caslon and Co. With his encouragement, Smith's sons took the surname Caslon-Smith, which passed to their descendants.

1889 Gained award at the Paris Exhibition[4]

1900 Incorporated as a limited company.

1914 One of the Associated Type Founders which participated in the 5th International Exhibition of the Printing and Allied Trades at the Agricultural Hall, Islington[8]