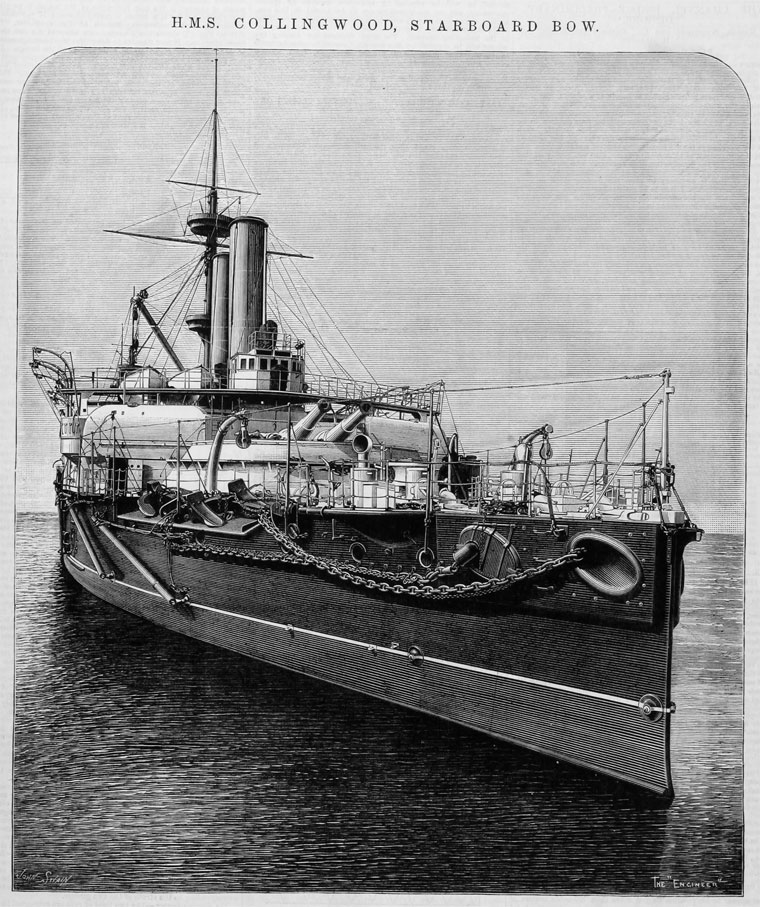 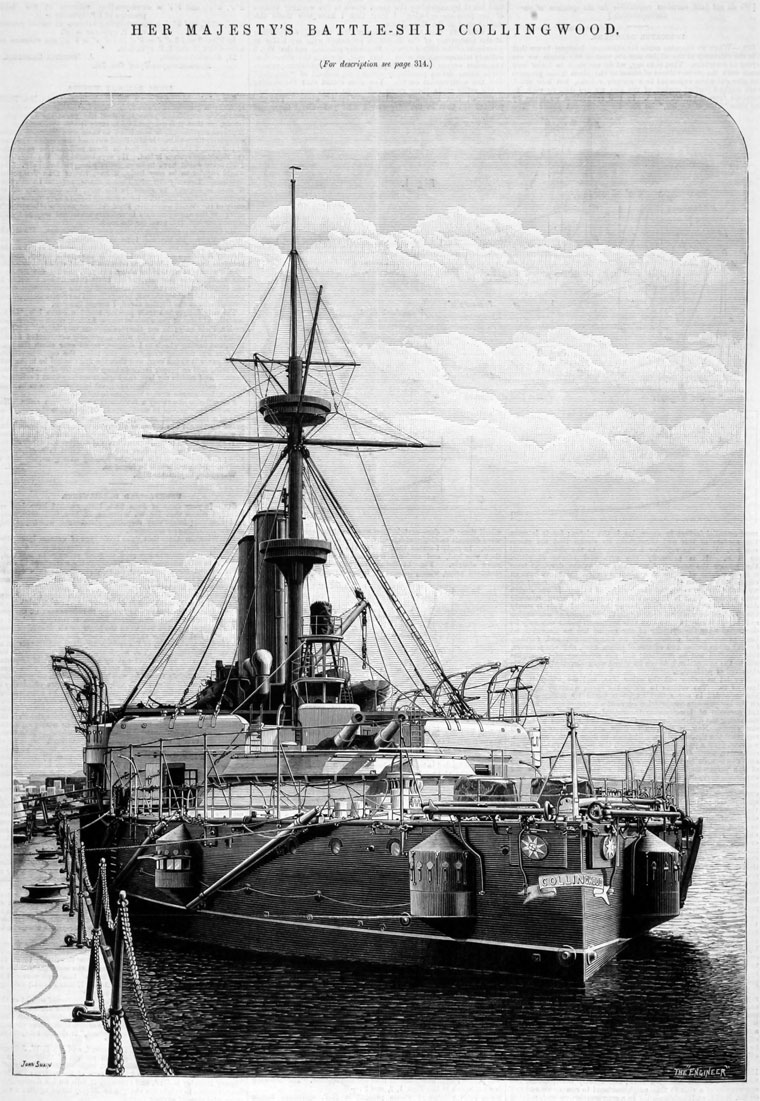 1880 The Collingwood, a vessel of Barnaby's design, was laid down. The breech-loading gun had been developed sufficiently to be adopted in four 12 inch guns in pairs in two barbettes, instead of turrets, mounted on the middle line, one pair towards each end of the vessel. The weight of the revolving material and of the power to actuate it were much reduced, compared with earlier vessels; a secondary armament of six 6 inch guns was carried between the barbettes of the main armament. The cost then considered permissible for a battleship, about £650,000, made it necessary to accept a comparatively narrow belt of armour of about half the length of the ship, leaving the sides at the ends unprotected with armour as in previous vessels. The lower portions of the ends were protected by strong underwater decks, but no cork buoyancy was provided. William Henry White defended the design against strong criticism and the Admiralty eventually accepted, building the Collingwood and five similar vessels with somewhat more powerful armament - HMS Rodney, HMS Howe, HMS Anson, HMS Camperdown, and HMS Benbow.