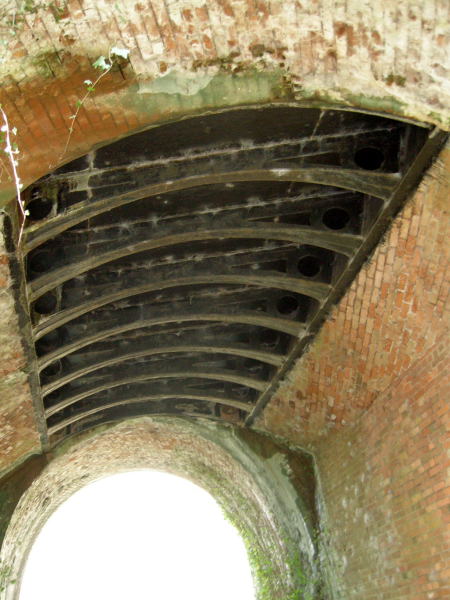 Note how the ends of the beams are seated in angled recess in the thrust plate. Some appear not to be accommodated in this way, but this may be an illusion 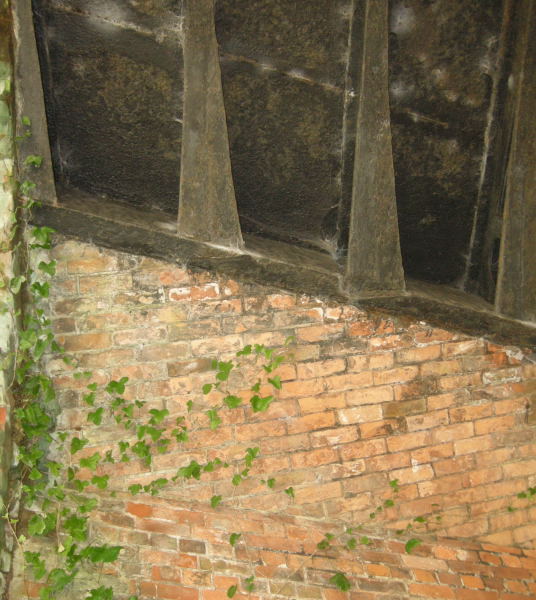 Here we can see how the lower vertical wall of brickwork, in horizontal courses, and the transition to the arch brickwork 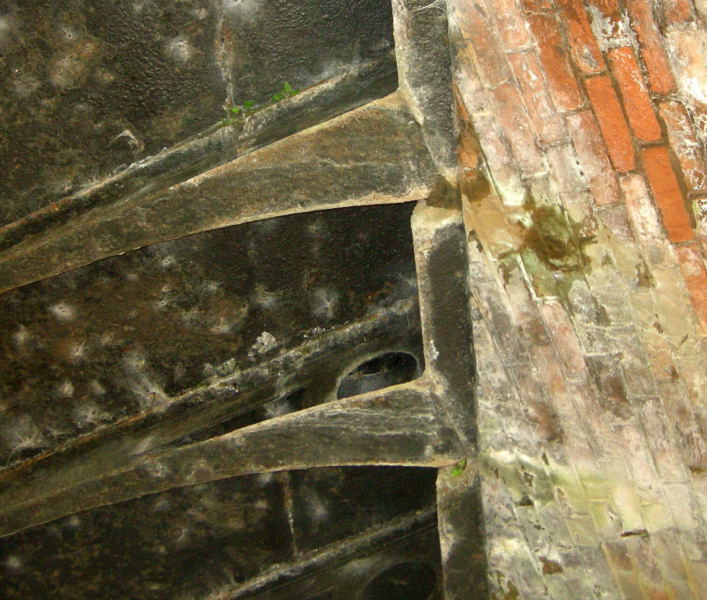 A two-arched aqueduct carrying the Grand Western Canal over the former Willand to Tiverton branch of the Bristol and Exeter Railway. Opened in 1848.

Seen from the canal, the aqueduct is as uninteresting as an aqueduct can be. However, seen from below, the work of a draughtsman of remarkable ability is revealed. The canal is carried in a cast iron trough, each span being supported by no less than nine cast iron arches. The thrust from each group of nine arches is transmitted to the brick abutment and central pier via cast iron plates. To the left and right of the iron trough are spans made entirely of masonry. These support the side walls of the iron trough, and also provide for the towpath and a walkway.

To complicate matters, the arches are skewed. The photographs give a hint of the challenge faced by the designer and by the bricklayers. To make life more difficult, the work had to be done in a short timescale, as the canal inevitably had to be out of action for the duration.

Kerslake of Exeter are credited with producing the cast iron trough[1]. This has been confirmed based on identification of the maker's name on a surface now covered by the butyl lining[2]. Presumably Thomas Kerslake.

Note: Viewing the underside is not to be encouraged, as it requires a descent into the former railway cutting, which may well be privately owned, and there are steep slopes, brambles, and fly-tipped rubbish to contend with.