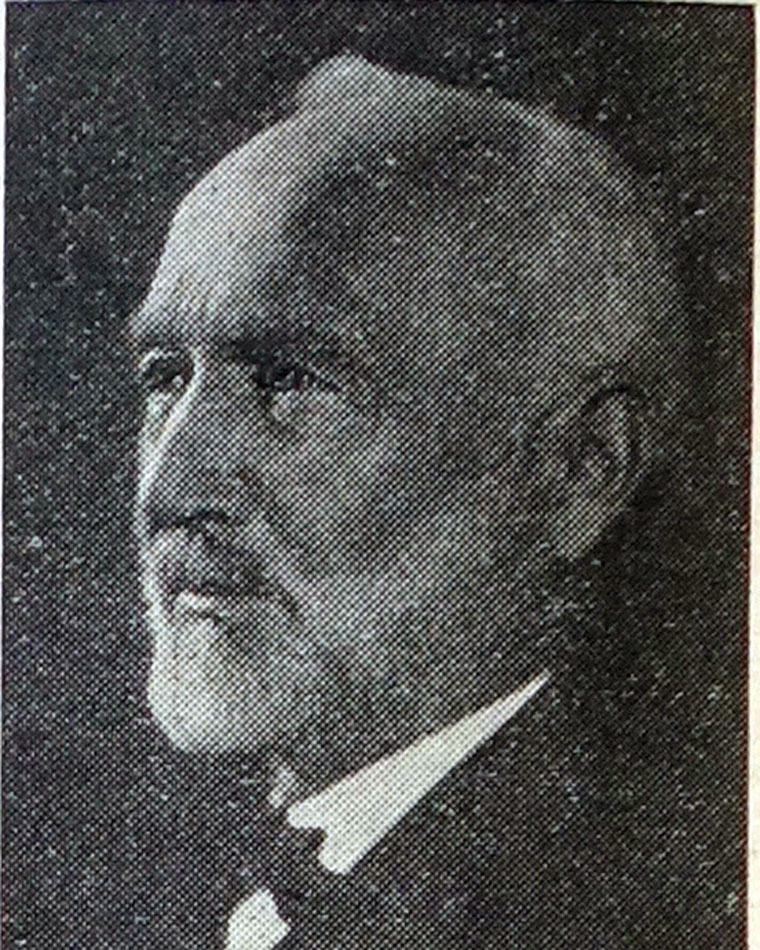 1873 Came to England and found work in Manchester with a firm of machinery exporters.

1879 Partnership dissolved. '...the Partnership now subsisting between the undersigned, James Gardiner Calvert and Hans Renold, carrying on business as Merchants and Agents for Machinery and its Accessories, at No. 2, Princess-street, in the city of Manchester, under the style or firm of Calvert, Renold, and Co., will be dissolved, by mutual consent...'[1]

1880 He invented bush roller chain and an industry was born. The Institution of Mechanical Engineers was to say in a memoir: "Few realise how extensive is the influence of Renold's inventiveness on both civil and industrial life throughout the world."

Dr. HANS RENOLD, whose death occurred on 2nd May 1943, at the age of 90, rendered notable service to the science and the practice of engineering. He was richly endowed with creative power; but it was the fusion of this with a passion for thoroughness which gave his development a seeming inevitability. Always he esteemed the good workman. A veneration and enthusiasm for craftsmanship were instilled into all those he gathered round him, from the earliest days. Moreover, he was continuously sensitive to the impact of new ideas.

Though the founder of a great business enterprise, he was ever the "uncommercial traveller". There was, for example, the typical instance of his liberality arising from his invention of the inverted tooth chain in 1895. An American company sent representatives over to acquire the patent. Such was his devotion to chain development that only strong protest from members of his own staff dissuaded him from ceding all the rights without charge.

Born at Aarau, Switzerland, in 1852, Hans Renold, the son of a baker and restaurant proprietor, was educated at the District and County Schools, and later the Polytechnic, Zurich. The Renold family had been burghers of Aarau, probably since the Middle Ages. When twenty, he began his career in Paris, then in the throes of political upheaval following the Franco-Prussian war. After working there as a draughtsman for two years, he was drawn to England. Unsuccessful in London, his savings dwindling rapidly; but he obtained a post as draughtsman and machine inspector in Manchester.

An abortive attempt to launch a machine-exporting business was followed by the purchase, in 1879, of a very small textile chain business in Salford, and for a short period Hans Renold continued to produce the same chains. Then came J. Starley's "safety" bicycle, which, however, lacked an efficient, durable chain. The challenge was met by Renold, who promptly evolved the bush roller chain. The application of this, in conjunction with the pneumatic tyre invented a few years later, produced an enormous expansion in the cycle industry. But the new chain achieved much more than this; it laid the foundations of the precision chain-making industry. A limitless field of application spread out invitingly before the young inventor. New designs and adaptations were steadily evolved to meet specific needs of particular industries.

It soon became necessary to rehouse the business; and after renting bigger premises, Renold eventually built new works in Brook Street, Manchester, in 1889. The plant was electrically driven, the first case of an industrialist taking power from the city supply. Existing tools and machines had early proved inadequate for the precision and special requirements of his products; he thereupon designed and manufactured many of his own including drop hammers, blanking presses, rod-grinding machines, capstan lathes, assembly machines, and many others. The present organization has one of the most completely equipped tool rooms in the world.

Renold made his first trip to America in 1891, and profited well from the machine tool developments which he found there. Late in the "nineties" he began to consider moving the business out of the city. Eventually he purchased land at Burnage, then purely a rural area. To others the idea seemed one of an impractical visionary, but Renold was undeterred. The new factory was started in 1906 and the main buildings completed in 1914. Departments were transferred from Brook Street as different sections were completed. This new immense enterprise was almost entirely financed, as previous developments, from profits re-invested or ploughed back into the business. The healthier environment and the recreational benefits resulting to the employees more than justified the migration.

Hans Renold never lost sight of the need for good wages and working conditions. As early as 1895 he introduced a works canteen. Then in 1897 he established a 48-hour week for his factory, being one of the first to do so. He welcomed the shop steward movement in 1917 as a means to responsible representation of the workers; thereafter full arrangements for representation of all grades of employees for consultation with the management steadily matured.

The original business, a private company, commenced in 1879; and the merger with The Coventry Chain Company, Ltd., took place in 1930.

In addition to his many chain inventions, a great deal of the machine tool development in this country is attributable to Dr. Renold. Precision grinding as a production process, for example, was practically unknown here until his use of it for preparation of cold-drawn rod preparatory to feeding into automatic turning lathes. Renold's first machine development for this purpose was the design and building of centreless grinding machines for dealing with wire rods up to 10 feet in length, and working to a limit of ±0.0005 inch. Later the development of sub-press units to undertake at one setting the blanking, chamfering, holing, and naming of link plates pioneered the development of designs that have since become the recognized practice in most production blanking processes.

Few realize how extensive is the influence of Renold's inventiveness on both civil and industrial life throughout the world. Virtually every form of modern transport, by road, sea, or air, employs or depends on chain. Millions are bicycle-conscious without necessarily being chain-conscious. Likewise the automobile has at all stages of its development been one of the major industries utilizing chain as an essential feature of design; in fact, there is hardly a phase of any industry or public works in which the chain is not to be found making an obscure but vital contribution to our welfare.

Dr. Renold, who had been a Member of the Institution since 1902, became a naturalized British subject in 1881 and in 1917 was made magistrate of the City of Manchester. The degree of Doctor of Science was conferred on him in 1941 by the University of Manchester in recognition of his services to engineering.