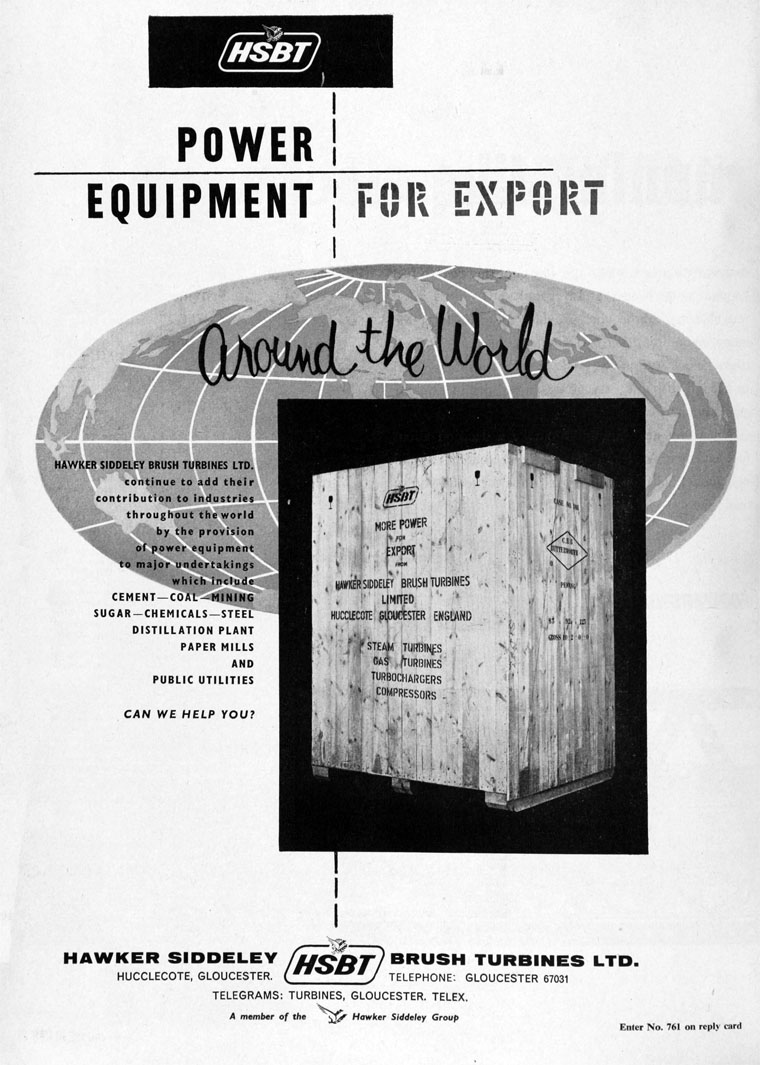 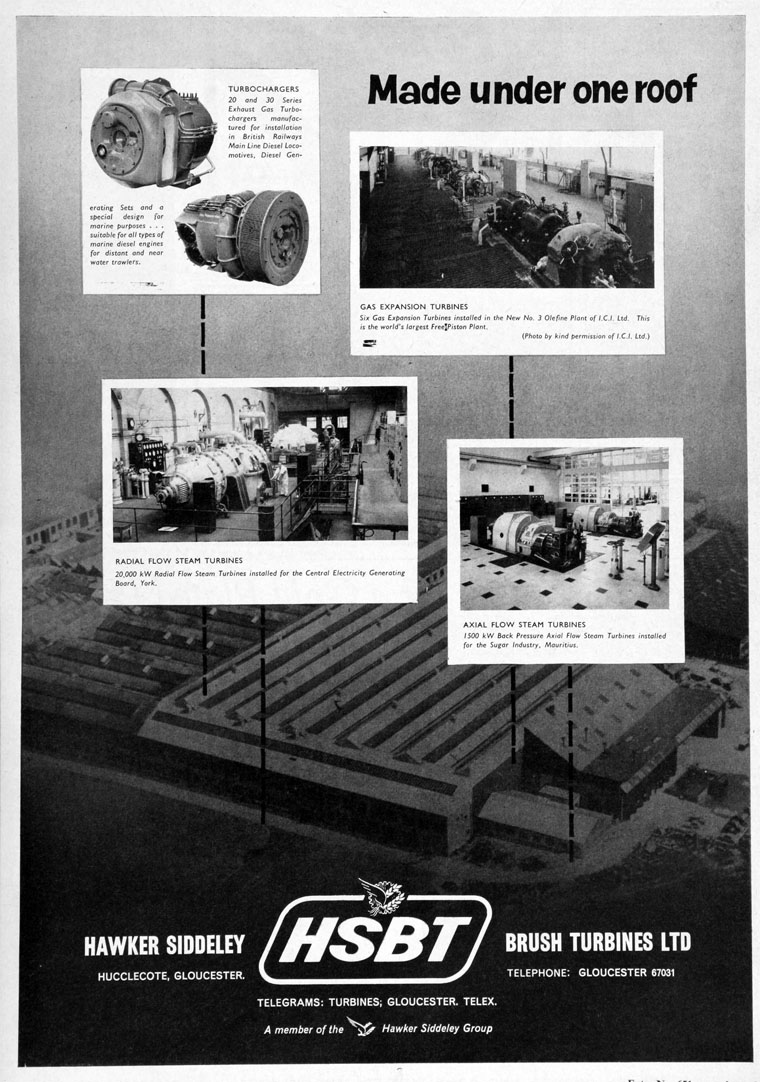 Maker of turbo-chargers, compressors and turbines, of Hucclecote, Gloucester

Subsidiary of Hawker Siddeley, based at Hucclecote, making use of space available in the factory there.

1963 The turbo-charger business was sold to D. Napier and Son; manufacture would be moved to Napier's Liverpool works[3]. Turbines and compressors would no longer be manufactured at Hucclecote; spares would be provided through an arrangement with Richardsons, Westgarth and Co from their Hartlepool factory[4]