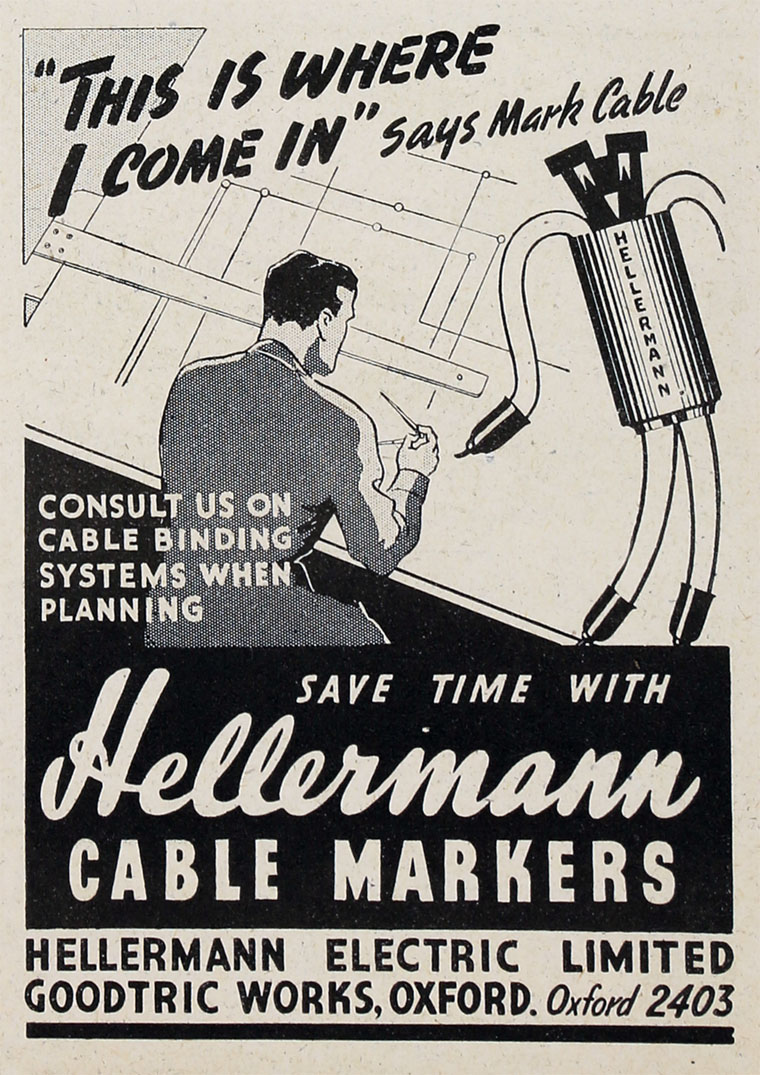 1938 Hellermann Electric was formed at Croydon by agreement with Paul Hellermann and Jack Bowthorpe as a UK manufacturer of identification and insulation sleeves; initially importing rubber tubing from Europe, with a UK source at W. Warnes Ltd. of Barking. It was a subsidiary of Goodliffe Electric Supplies.

1939 To avoid the threat of bombing, the company moved from its original site at Croydon to a larger site in Oxford