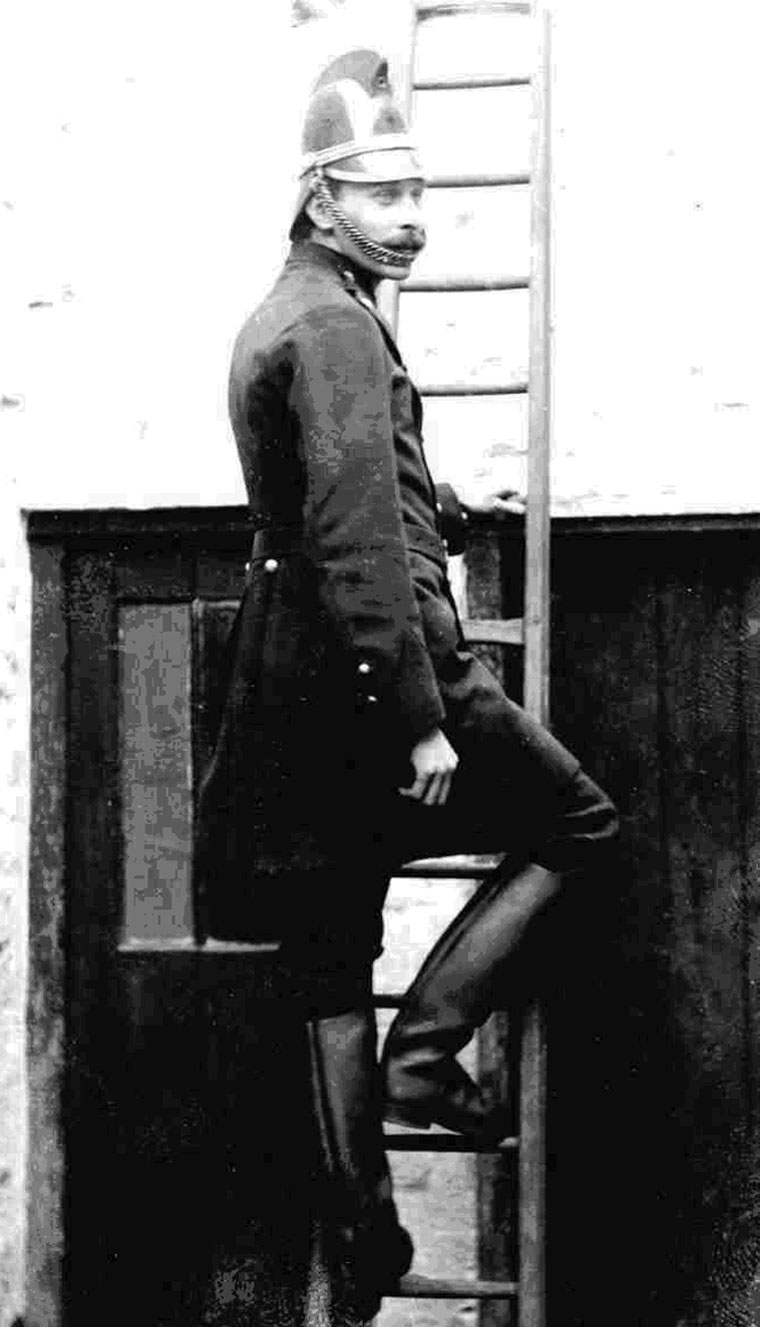 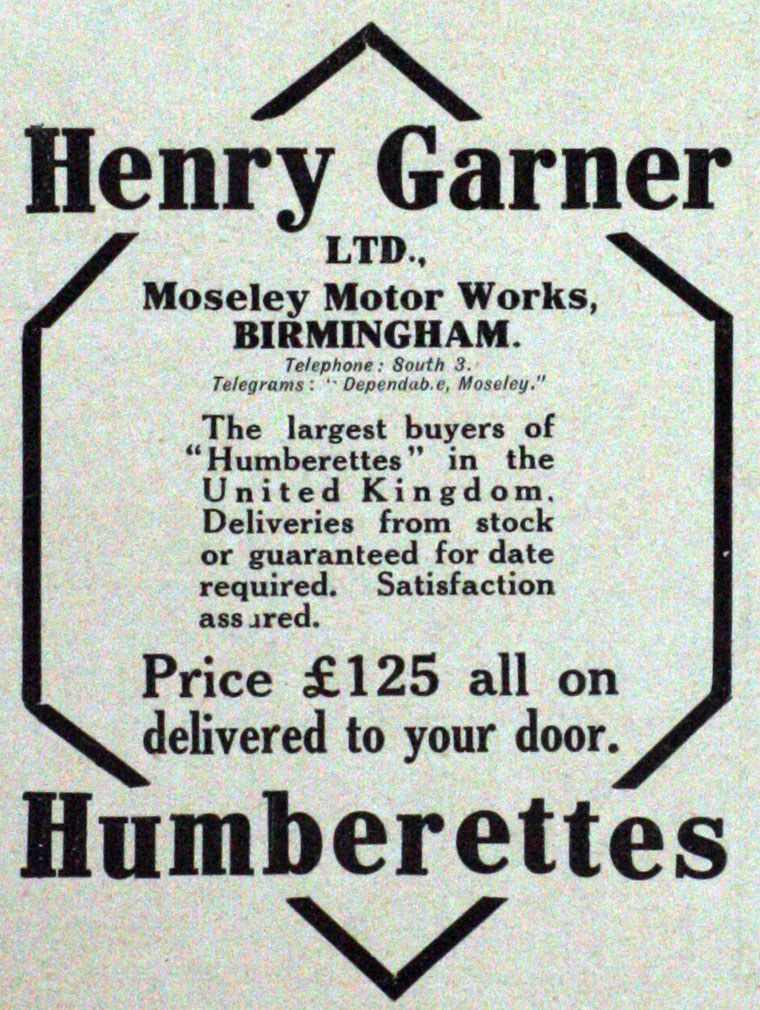 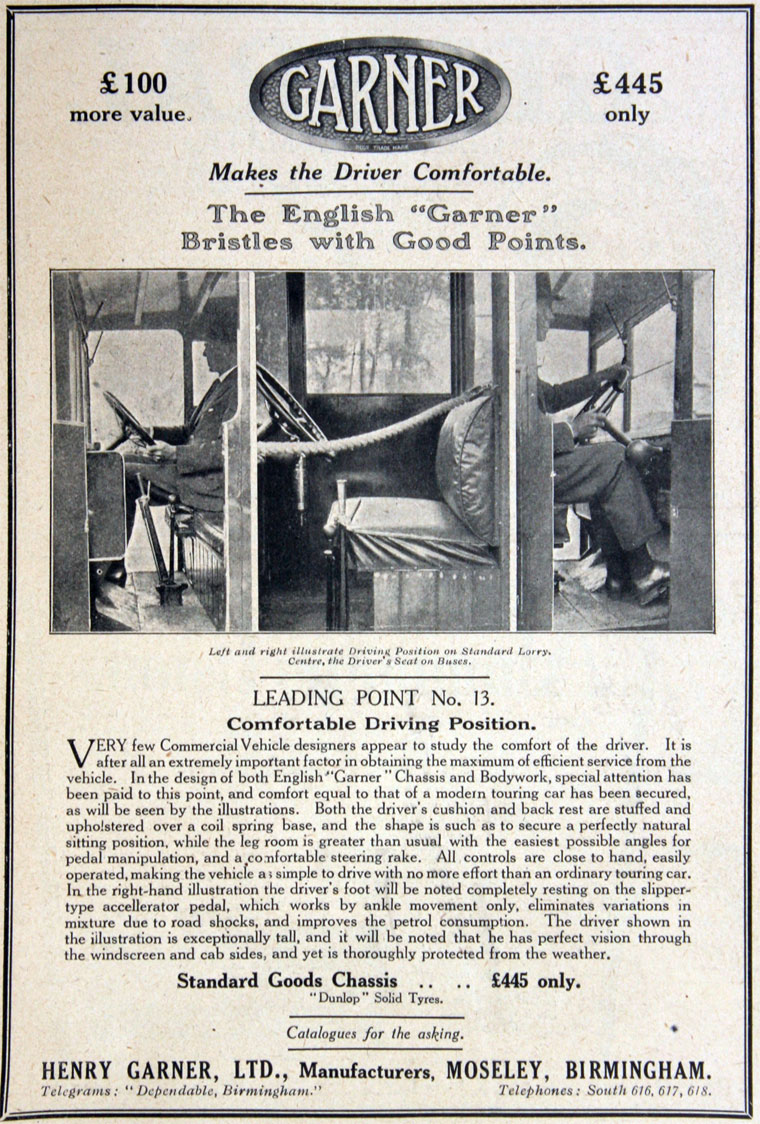 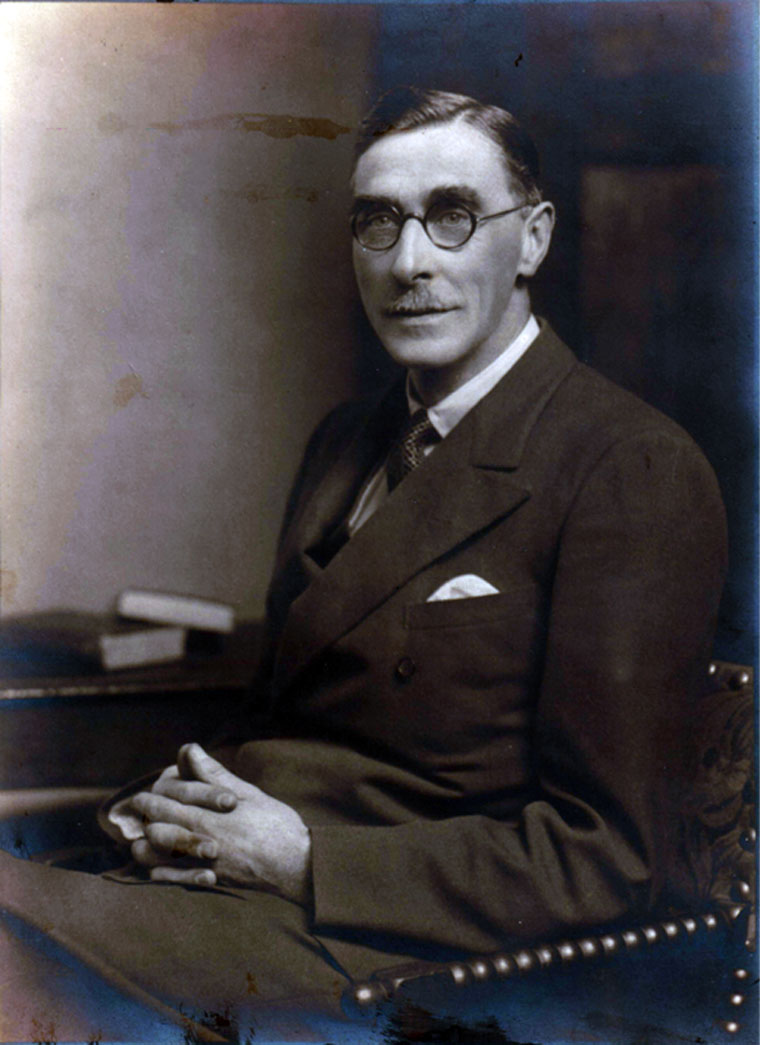 Henry Garner in a Simplex car, note tyres before studded.

1913-1917 Imported the Garner (American). For a list of the models and prices of Petrol Motor Commercial Vehicles see the 1917 Red Book

1925 Opened a new works on Kings Road, Tyseley and commenced building a lorry of own design

1931 Introduced a new range of lorries with forward-control

1933 The company was merged with Sentinel and the 4JO was produced at the Shrewsbury works until 1936.

In 1921 the first PSV was produced - the Garner Patent Busvan. This vehicle was aimed at country carriers, could carry up to 20 passengers, and was 1.75 tons

1925 PSV of normal-control layout was produced with a low frame and four-wheel brakes.

1928 High speed passenger chassis was launched for a 20 seat bus or coach bodywork.

1933 The Precursor 20 seater and Progressor were introduced.

Henry GARNER, born in Spurstow, Cheshire in the parish of Bunbury on the 23rd December 1876.

He had two sisters, Frances and Hannah and some cousins with the surname Parker-Garner.

He married at Whitchurch to Emily Sarah Davies on October 21st 1900.

They had one daughter, Dorothy Davies WALL (nee Garner).

He opened the shop of Garner’s Cycle Depot selling Rudge-Whitworth bicycles as well as carrying out repairs. His employee was Parker-Garner.

He founded the firm of Henry Garner Ltd in 1908 in Moseley, Birmingham. He was reasonably successful and during the First World War realised that there was an opening for commercial vehicles maybe could have been used by the Army. There were no British Trucks to be had so he travelled to America and contacted a source who hasn’t been named until now. He was Willard GRAMM (spelling not substantiated). This was a successful period for the firm and round about 1934, Sentinel Trucks became interested in the business hence Sentinel-Garner Trucks.

Sadly in 1935, Henry Garner struck financial troubles and the receivers were called in. Although the Garner name carried on for a while.

Henry Garner retired in 1938 and eventually went to live in Torquay, Devon.