Grace's Guide is the leading source of historical information on industry and manufacturing in Britain. This web publication contains 137,342 pages of information and 220,748 images on early companies, their products and the people who designed and built them. 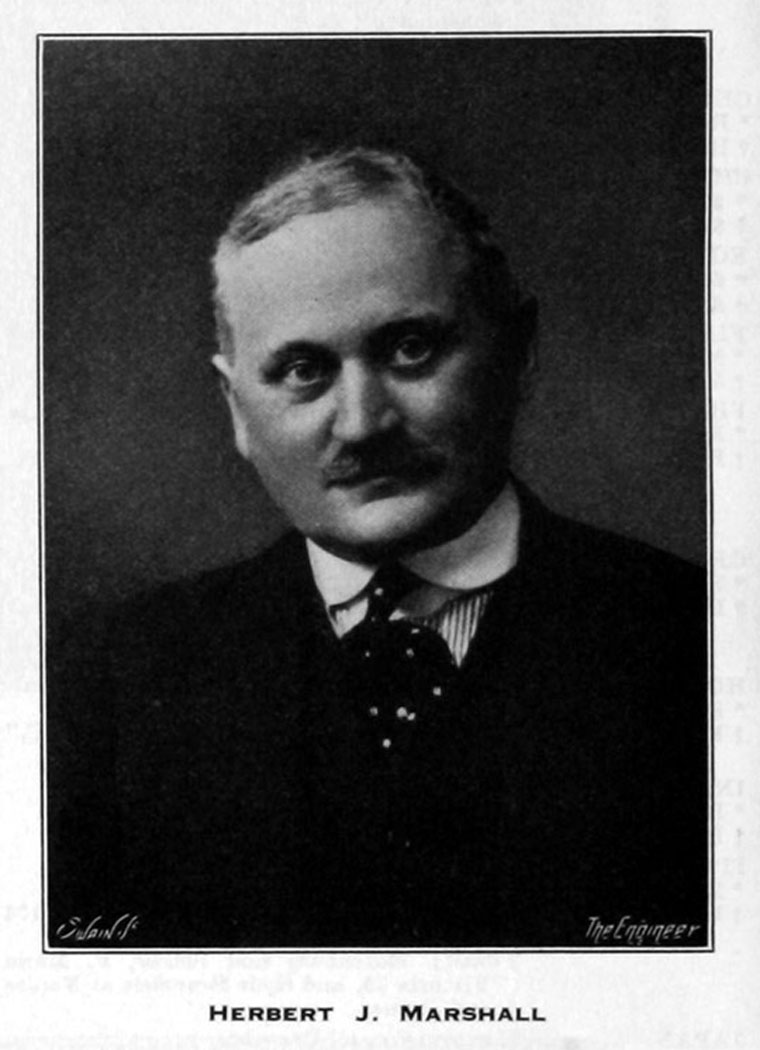 HERBERT JOHN MARSHALL, chairman and managing director of Messrs. Marshall, Sons and Company was trained at University College, London under Professor Kennedy from 1881 to 1884.

After further study in France and a year at Hanover, he entered the works of Messrs. Marshall, and after gaining several years' experience he entered upon the management of the engineering departments.

His professional career was almost exclusively devoted to the improvement of the standard types of engines and machines with which his firm is associated, and in that connexion he took out a considerable number of patents. The design and development of high-power tractors and thrashing machines of steel construction were his outstanding achievements.